To coincide with a major retrospective on Gerrit Rietveld, Amelie Znidaric, the curator of the Vitra Design Museum in Weil am Rhein, Basel,  has taken the opportunity to invite six of the most innovative young Dutch designers to join a partner from the region to develop a unique design for a parallel show, Confrontations - Contemporary Dutch Design Live. As part of it, six young Dutch designers present work that's inspired by or mirrors Rietveld's experimental practices, with a different designer or design team exhibiting each day. Yesterday Lucas Maassen teamed up with the Swiss pharmaceutical company Roche to create crystallized DNA fragments. A magnified glass version of the crystal, only visible under a microscope, was then produced by the crystal manufactory Lobmeyr and a 1000 of the pieces became a chandelier. The project is about the visualisation of life and takes its name, My Crystal Saister Valerie, from the sister Maassen never had. In a touching moment, his parents assembled the chandelier on the day. 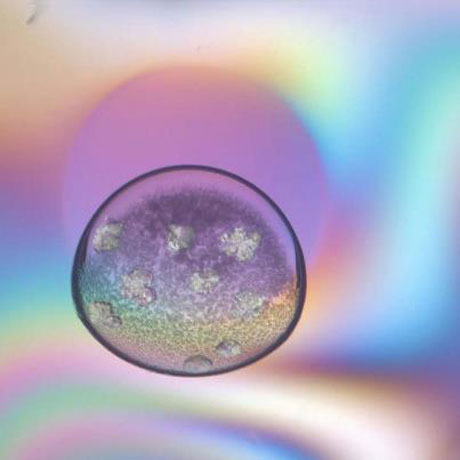 Today it's the turn of 2012Architecten and Vitra. Rotterdam’s 2012Architecten creates its designs almost exclusively from waste materials in a process it calls 'Superuse'. The practice is using materials and components that do not meet Vitra’s strict quality criteria and would otherwise be sent off for recycling. Up until the 6pm performance today (13 June) Architecten is developing this “material harvest” into a seating-lounger-climbing object. At 6 the work will stop so that the object can be given a fine finish on one side while the other side left “frayed”. Here's what's happening the rest of this week at the show.

14 June: Studio Formafantasma and the charcoal burner Doris Wicki
Netherlands studio Formafantasma investigate the contradictions of charcoal – charcoal burning was responsible for the deforestation of large areas of Europe but provides health benefits and has been used as a water and air purifier since ancient times. Working with a glass blower and a woodcarver, Studio Formafantasma developed a series of glass vessels fitted with wooden filters and other accessories. The wooden pieces were subjected to varying degrees of charring in collaboration with Doris Wicki - the only woman in Europe practising the traditionally male dominated trade. During the performance the team will build a charcoal kiln next to the Vitra Design Museum Gallery while serving charcoal-filtered water and offering bread baked from flour and pulverised charcoal to aid digestion. 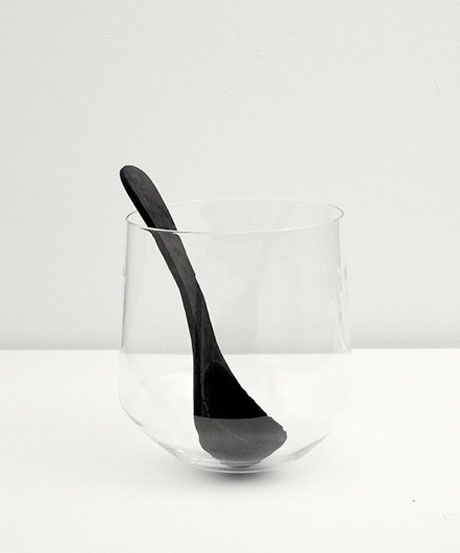 15 June: Studio Wieki Somers and Confiserie Rafael Mutter
Wieki Somers began her collaboration with Rafael Mutter by subjecting chocolate to 3-D printing, laser cutting, spraying and much more until the duo, inspired by Marcel Duchamp’s chocolate grinder, ultimately came up with the idea of scraping the top of a piece of chocolate "like the wheel of Tête de Moine” cheese. Together with the chocolatiers, they produced two large cylindrical blocks of chocolate from the top of which delicate rosettes are shaved off with a crank-turned blade. Various patterns are integrated into the blocks, creating a flipbook effect as the layers are scraped off. During their performance, Studio Wieki Somers and the chocolatier will prepare chilled drinks for visitors using the chocolate rosettes.

16 June: Dirk Vander Kooij and A. Raymond
Dirk Vander Kooij worked with the fastenings company A. Raymond in Lörrach on a project inspired by the fact the digital visualizations supplied to computers for the printing process are based on tiny triangles – comparable to the pixels making up digital images. Vander Kooij enlarged and reconstructed the triangles in metal and in collaboration with A. Raymond, developed a simple mechanism along the edges that connects the parts to one another. During his performance, Vander Kooij will invite visitors to the gallery to construct various Vitra furniture designs using the metal triangles.

Phaidon’s Gerrit Rietveld monograph explores the work of the major protagonist of the avant-garde de Stijl movement. Gerrit Rietveld’s experimental and unconventional work radically changed the development of architecture and design in the 20th century. It's currently half price in the Phaidon sale.

Gerrit Rietveld, The Revolution of Space is at the Vitra Design Musuem until September 16th.