Within the realm of global gastronomy, chef Gísli Matt's ambitions sound quite modest. “We’re not trying to be the best restaurant in the world,” he writes in his new book, Slippurinn: Recipes and Stories from Iceland. “We’re trying to be the best restaurant we can be on a tiny island off the south coast of Iceland. From afar, that might seem like a mild task, but I assure you that this is a challenge our family will spend our lives trying to achieve.”

The Island Matt has chosen is no bountiful earthly treasure. Part of the remote Vestmannaeyjar, or Westman islands archipelago, Heimaey island was home to shepherds and fishermen, until 1973, when a huge volcanic eruption wreck changed much of its landscape. "For many years it was not possible to raise cows or to have local dairy products, but the inhabitants managed to capture the positive side of that catastrophic event,” explains our new book. “They cooked loaves of rye bread on the cooling lava and concentrated their efforts on fishing.” 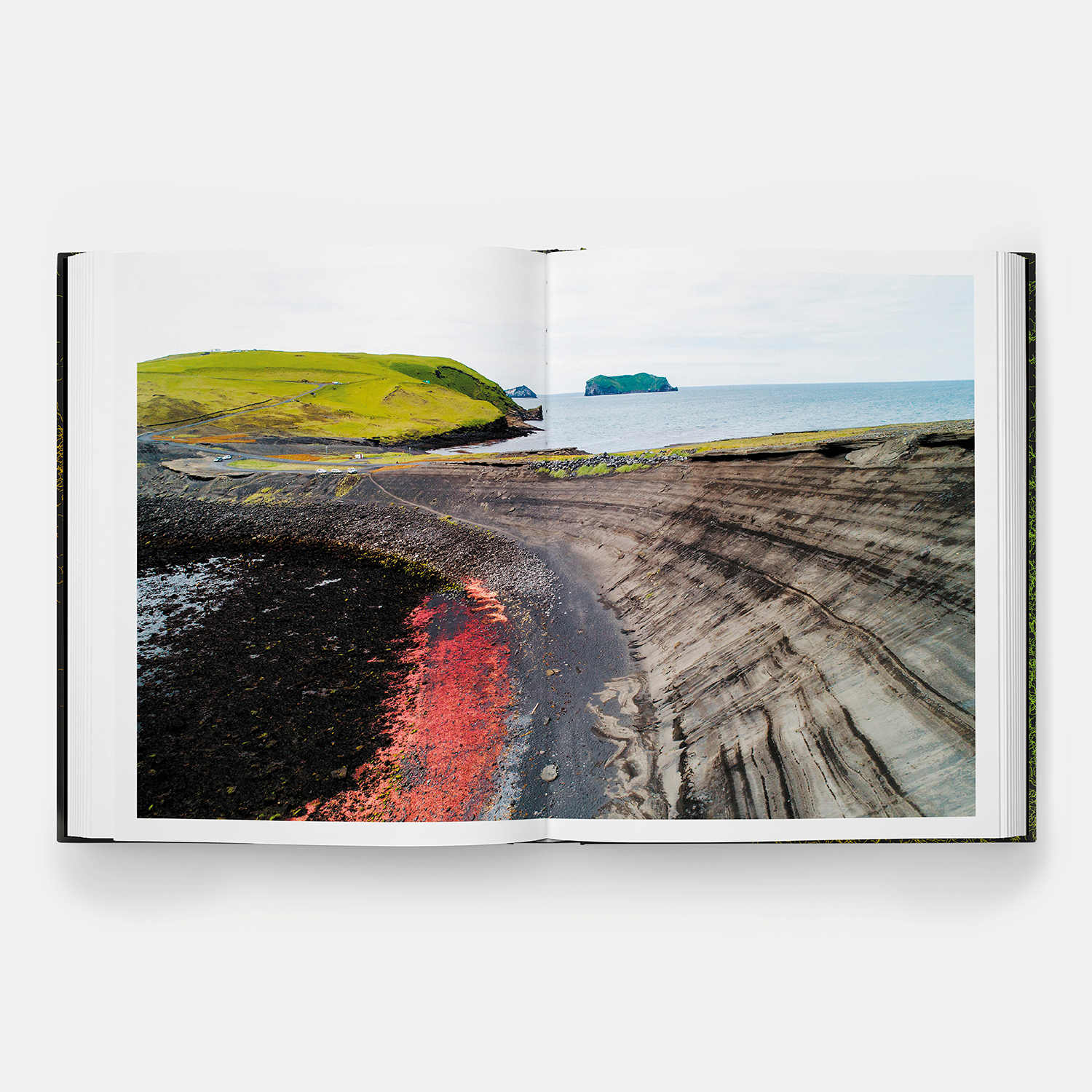 Matt was born on the Westman islands in 1989, thirteen years after that fateful eruption. Among his earliest memories are his grandmother feeding him cod tongue with butter and potatoes. Though he moved to the mainland, and tried a couple of other career options, cooking remained one of passions, and, when his parents moved back to the islands, he decided to see if he could create his own restaurant on Heimaey.

Or rather, Matt and his family did. The chef’s mother asked him what he wanted to do after graduating, and Matt said he wanted to prove himself somehow.  “My mother started talking about the ‘Magni’ building, an old machine workshop in the shipyard in Vestmannaeyjar,” he writes. “She went on to say how beautiful it would be to run a restaurant there. We would call it Slippurinn  which means ‘boat or ‘slipway’. We talked into the night and it became this romantic idea. My sister Indíana could design it, I could be the chef and my other sister, Rakel, could do pastries. By 1 a.m. we called a relative who owned the building and told him our crazy idea. He said, great, let’s do it.” 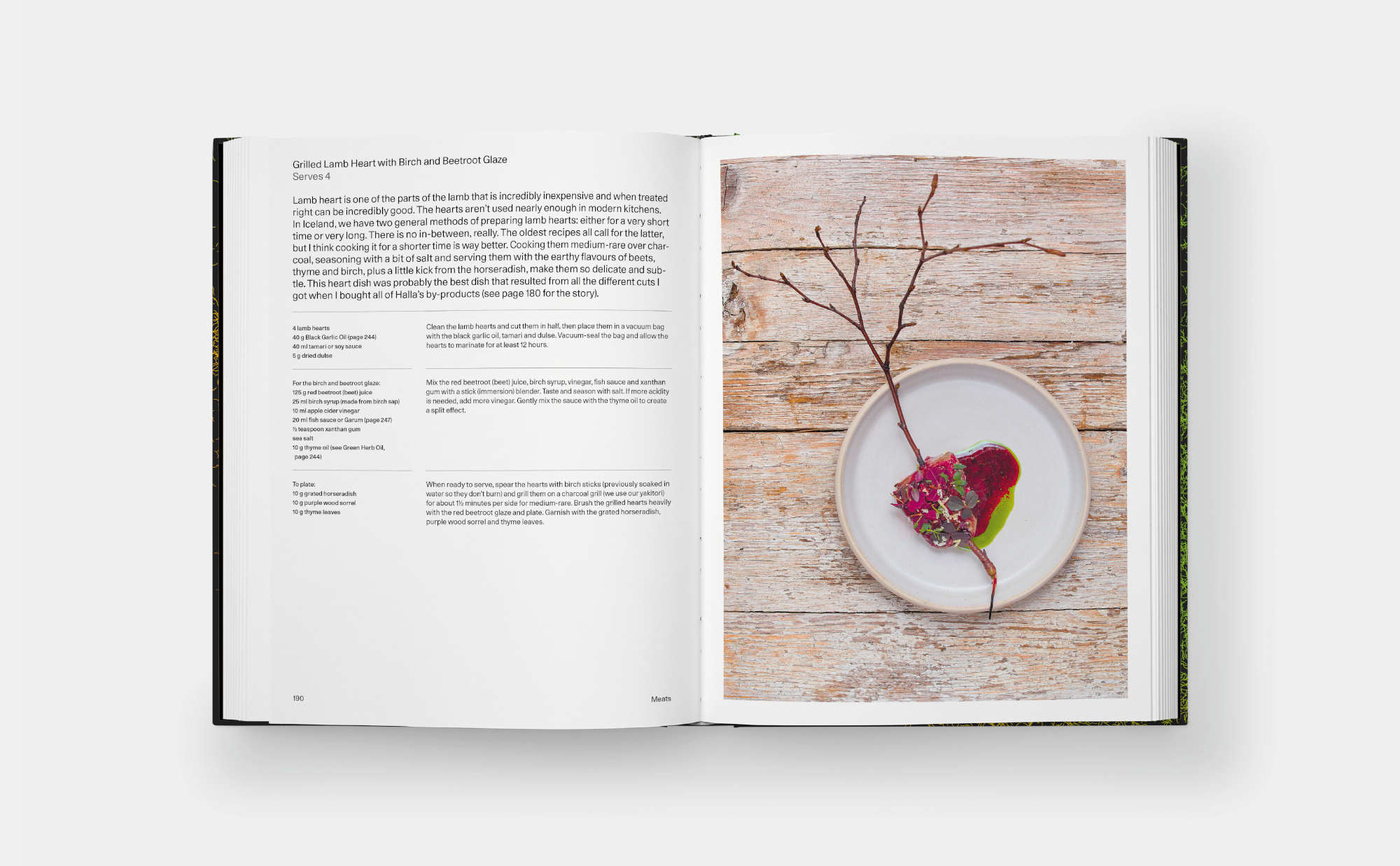 Not too much has changed since that evening’s fantasy became a reality. Matt is the chef; his mother grows the herbs and some of the vegetables. His fisherman father takes care of salting the cod, and supplies some of the fish needed in the kitchen. The rest comes from other artisanal fishermen and local producers. Those few vegetables that must come from the mainland are grown in green- houses there that are heated with geothermal heat.

It isn’t a quick and easy catering set-up, but Matt never set out to make Slippurinn quick turnaround sort of place. The chef is a strong believer in the Slow Food movement, the Italian gastronomic philosophy that values local ingredients and sustainable practices over fast, globalised production and consumption.

Slippurinn’s foreword is written by the Slow Food founder, Carlo Petrini, who states: “Gísli is convinced that the survival of farmers, fishermen and artisans and the prosperity of food biodiversity depend very much on restaurateurs. In his philosophy, completely in line with that of the Slow Food movement, a chef who chooses to cook raw materials from his territory to prepare traditional dishes transmits values and knowledge to his customers, becoming a driving force to spread the products of his own land.”

Slippurinn, the book, shares that knowledge with a far wider readership. In this new title, Matt takes us from the drinks he makes with the island's plants and herbs, the fish dishes he conjures from the region’s seafoods, right through to the lamb recipes, geothermal breads, rhubarb and strawberry desserts. 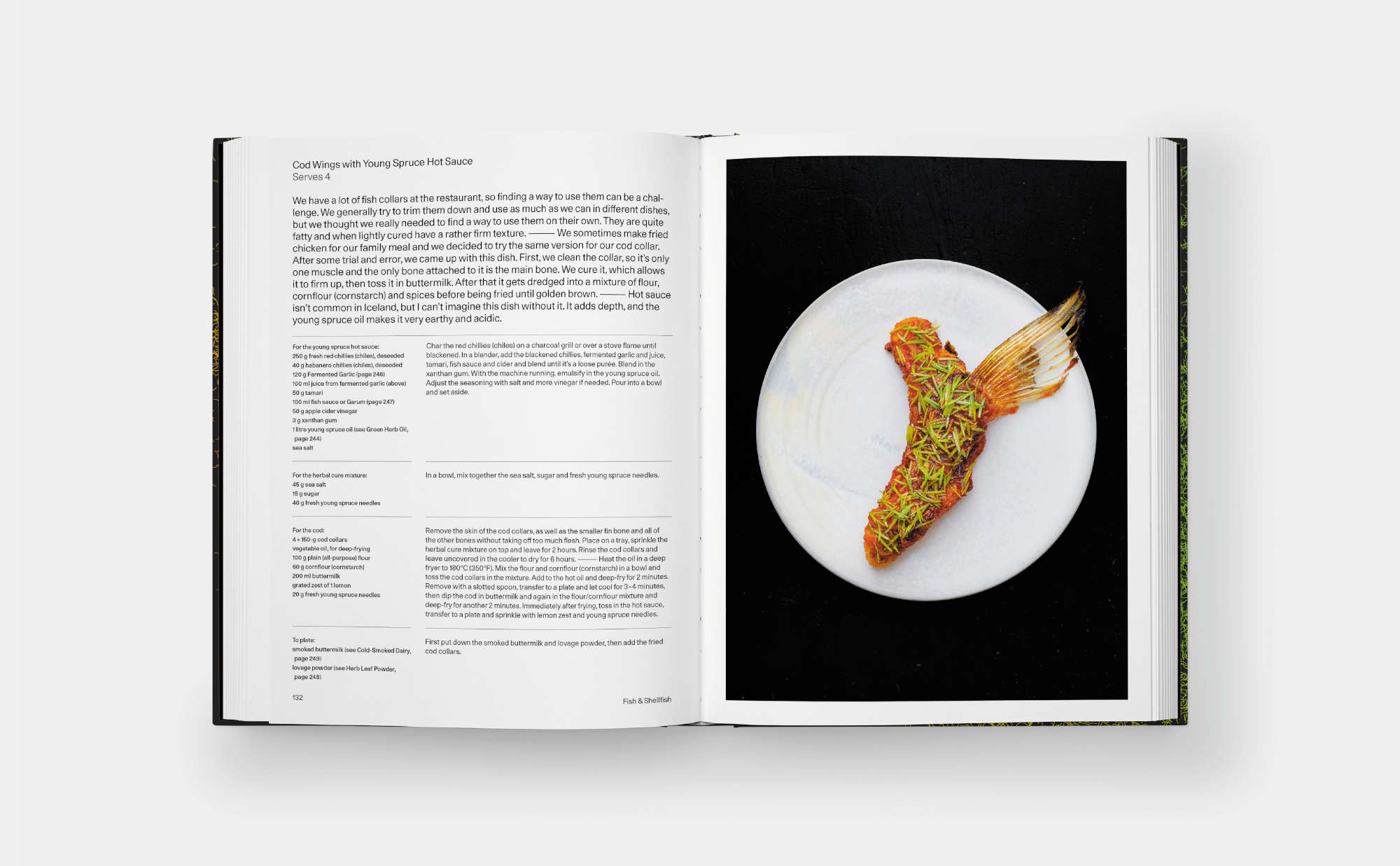 There are guides to Slippurinn s foraged ingredients; an index of the chef’s flavoured oils, emulsions and fermented ingredients; an overview of the island’s edible birds and birds’ eggs, as well as its cattle, and plenty of personal asides and meditations. Gísli Matt and his family may only wish to create the best restaurant their small island can support, yet in doing so, they’ve produced a chef’s monograph of world beating standards.

Culinary professionals will adore the story behind this unlikely success; amateur and professional chefs will love the way Matt has conjured such beautiful cuisine from so inhospitable a land; and anyone who has ever strived to build something from nothing, will admire the way Slippurinn took scorched earth, and turned it into rich and diverse range of dishes. To find out more and order your copy go here.