Pretty much. What’s more, the dinner sold out and, judging by these pictures, we can see why!

Back in 2009 the chef and Phaidon author Daniel Patterson wrote a piece for the Financial Times headlined, 'Carrots are the new caviar'. It was a provocative article, arguing that, for many chefs, once-precious ingredients are now on an equal footing with more lowly produce.

A decade on, Patterson’s once-heretical food hierachy seems to be gaining increased acceptance. A couple of days ago fellow Californian chef and Phaidon author Jeremy Fox cooked an entire tasting menu from carrots at his Rustic Canyon restaurant. 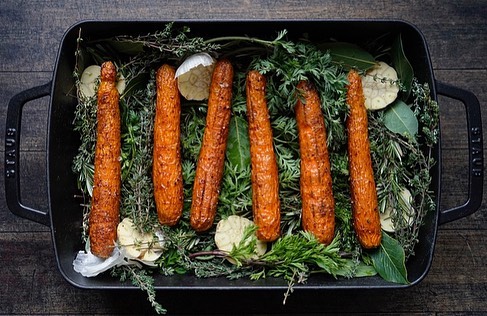 “It was five courses plus amuse and petit fours,” Fox explained over Instagram, “each course highlighting a specific carrot and a specific cooking method, each paired with a special glass of wine or non-alcoholic pairing.”

There was a red kyoto carrot carpaccio, with oca, caracara, bacon avocado, almond butter and marigold; pickled carrot ssam, red carrot mustard and shiso. Enough carrots yet? No? OK here's what else he did: Thumblina carrots steamed over herbs, carrot top flatbread, salsa verde and mimolette; and black nebula carrots braised in their juice, with apricot amba, chèvre, lime mint and za’atar, among other treats.

It’s a pretty amazing selection, and all the more impressive when you discover that the dinner completely sold out. 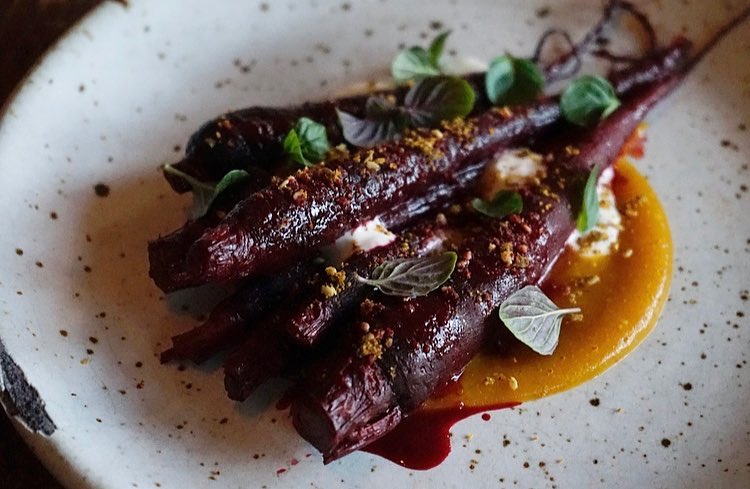 lack nebula carrots braised in their juice, with apricot amba, chèvre, lime mint and za’atar, among other treats.

Emboldened by his carrot success, it's probably safe to expect plenty of further vegetable-focussed plans for the next few months. Keep an eye on his Instagram here, and, Jeremy if you’re reading, we’re rooting for you! (sorry). 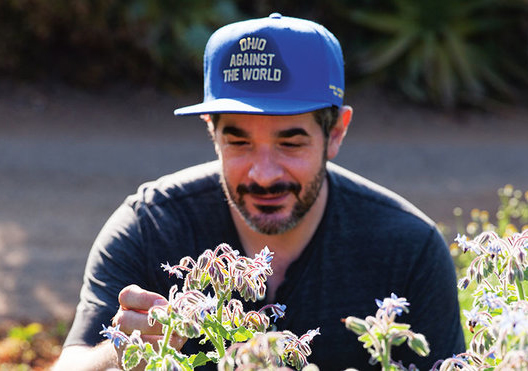 For more on Jeremy’s food get On Vegetables; for more produce-focussed cooking get The Garden Chef here.

On Vegetables : Modern Recipes for the Home Kitchen Jeremy Fox with Noah Galuten and with a foreword by David Chang

The highly anticipated cookbook from Jeremy Fox, the California chef who is redefining vegetable-based cuisine with global appeal

Known for his game-changing approach to cooking with vegetables, Jeremy Fox first made his name at the Michelin-starred restaurant Ubuntu in Napa Valley. Today he is one of America's most talked-about chefs, celebrated for the ingredient-focused cuisine he serves at the Los Angeles restaurant, Rustic Canyon Wine Bar and Seasonal Kitchen. In his first book, Fox presents his food philosophy in the form of 160 approachable recipes for the home cook. On Vegetables elevates vegetarian cooking, using creative methods and ingredient combinations to highlight the textures, flavours, and varieties of seasonal produce and including basic recipes for the larder.

Noah Galuten is a food writer based in Los Angeles. He has written for several publications including LA Weekly and Los Angeles magazine. He was known for many years as the blogger behind Man Bites World and currently works for the Golden State restaurant group, where he oversees Bludso's Bar & Que locations, Prime Pizza, and Cofax in Los Angeles.

David Chang is the chef and founder of the Momofuku restaurant group, which owns and operates restaurants in the United States, Canada, and Australia.

"So many terrible cookbooks hit the market every month that it sometimes takes a while for the real gems to shine through. I've been hanging out with Jeremy Fox's On Vegetables since April and my love for it has only grown stronger. Its recipes read beautifully (cool melon and coconut milk curry, anyone?), look ravishing on the page and are an absolute doddle to turn into something delicious. (I've been putting Fox's strawberry sofrito sauce on everything for weeks now.) The book is oh-so 2017 in its celebration of green things rather than chunks of animal flesh. But it isn't didactic or moralistic in the slightest. Instead it's pragmatic and honest, and funny, too - like hanging with a laid-back NorCal surfer dude who just so happens to cook the best vegetarian food on earth."—The Sunday Times, Style magazine

"[A] gorgeous array of recipes, focused on flora rather than fauna, with a surprisingly sober edge." —Eater

"It is not an understatement to say that Jeremy Fox makes the best-tasting vegetables on the planet."—David Chang

"One of the world's most inventive plant-based chefs."—Image Interiors & Living (Ireland)

"We love that Fox prefaces this collection of exquisitely beautiful vegetarian dishes with a ludicrously decadent mayo-filled grilled cheese sandwich because the two are not mutually exclusive. For gourmets of all stripes, then."—The Guardian, Cook

"Offers just as much theory as instruction for the sharply flavored, softly focused, gorgeously green cookery [Fox has] honed over the past decade... A must-read." —Eater

"Chef Jeremy Fox's On Vegetables is a gorgeously-designed love letter to all things leafy, green, crunchy, crispy and above all, delicious."—Western Living

"Jeremy Fox is at the top of his game with his debut cookbook, a new restaurant and another on the way."—Wall Street Journal

"Root-to-stalk cooking gets the fine-dining treatment in this gorgeous cookbook."—San Francisco Chronicle

"Vegetables are taking centre plate and chefs are giving them the star treatment... Fox [is] the visionary behind one of the best vegetarian restaurants in the country, the late Ubuntu in Napa."—Independent app

"On Vegetables is a gorgeous and ambitious book, which encourages the reader to look at produce and plants in a different way."—LA Weekly

"Reading through the recipes, it's clear how Fox helped change the way American chefs approach produce... It's a cookbook mortals can use."—San Francisco Chronicle

"Most [recipes] are as pleasingly simple to create as they are simply pleasing to the eye."—New York Times/T, The New York Times Style Magazine

"Jeremy Fox is at the top of his game with his debut cookbook, a new restaurant and another on the way."—WSJ. Magazine

"A gorgeous tome that isn't so much a book for vegetarians as it is an ode to plant matter."—Inside Hook

"From sophisticated dishes [...] to recipes inspired by his childhood. [Fox] encourages readers to take advantage of the whole plant from seed to stalk to become better, smarter and thriftier home cooks."—Winq

"[A] much-anticipated first cookbook that presents his food philosophy in the form of 160 approachable, home cook-friendly recipes meant to elevate and highlight the textures and flavors of seasonal produce."—New Worlder

"Showcases exactly the kind of plant-based eating innovation that will dominate our plates in decades to come. The main attraction of Fox's debut is the wide-ranging and innovative recipes... On Vegetables could well be a manifesto for the future of cooking, and is a treat for vegetarians and meat-lovers alike." —FlavourFeed

"Everything you knew to be true about vegetables and other things is about to get turned on its head in acclaimed chef Jeremy Fox's latest cookbook." —Food Republic

"A must for leaf-lovers."—Bon Appetit

"Take your cooking to the next level with the debut book from one of America's leading chefs... If you're a keen cook, this beautiful book pushes the boundaries of vegetarian cooking with plenty of ideas to impress!"—Vegetarian Living

"The book is a heartfelt love letter to legumes that unfolds in a series of recipes."—KCRW Good Food

"If you're worried meat-free eating might lack variety, look no further than this esteemed Californian chef's homage to vegetables... This comprehensive collection is bound to change your perception of vegetarian eating. Recipes are inventive and sophisticated, but simple enough for the home cook to follow... You'll find something for everyone."—Independent.co.uk

"It's smart, continuously surprising, and full of recipes for a wide range of skill levels."—Serious Eats

"This book is a testament to [Fox's] genius at plant-based cookery."—Atlanta Journal Constitution

"Chef Jeremy Fox's new book On Vegetables will change how you look at vegetables."—Toronto Star

"Jeremy Fox brings us recipes that, although sophisticated, are achievable for the amateur. In his hands, vegetables are raised from supporting act or stand-in to become the stars... Variations on th theme of peas and pecorino are pure genius. This is foodie vegetarian heaven: nut roast be gone!"—The Lady

"... the rare cookbook to bring me to tears."—The Jewish Journal

"American chef Jeremy Fox never met a vegetable he couldn't turn into something sumptuous. Take his lead and you'll never fall short of your five a day."—Good Things

"...Vegetable cuisine [gets] its deserved literary treatment in the book On Vegetables."—Wine Enthusiast Online

"Chef Jeremy Fox uses creative methods to make the most of the textures, flavors and colors of seasonal vegetables." —Foster's Daily Democrat

"A treasure trove of exciting approachable recipes geared to the home cook."—Epicurus

"His combinations may surprise... but take it on faith that you will be glad you discovered his food."—The Post and Courier

"Chef Jeremy Fox uses creative methods to make the most of the textures, flavors and colors of seasonal vegetables."—Seacoast Newspapers

"Home cooks and seasoned chefs alike will rejoice at the inventive approach for cooking with all those veggies."—Mother

"Not your typical vegetarian cookbook... This gem is packed with over 160 leafy eats that are easy to replicate at home."—goop

"It doesn't get much better than dishes from acclaimed

More on Did Jeremy Fox just create an entire tasting menu from carrots? 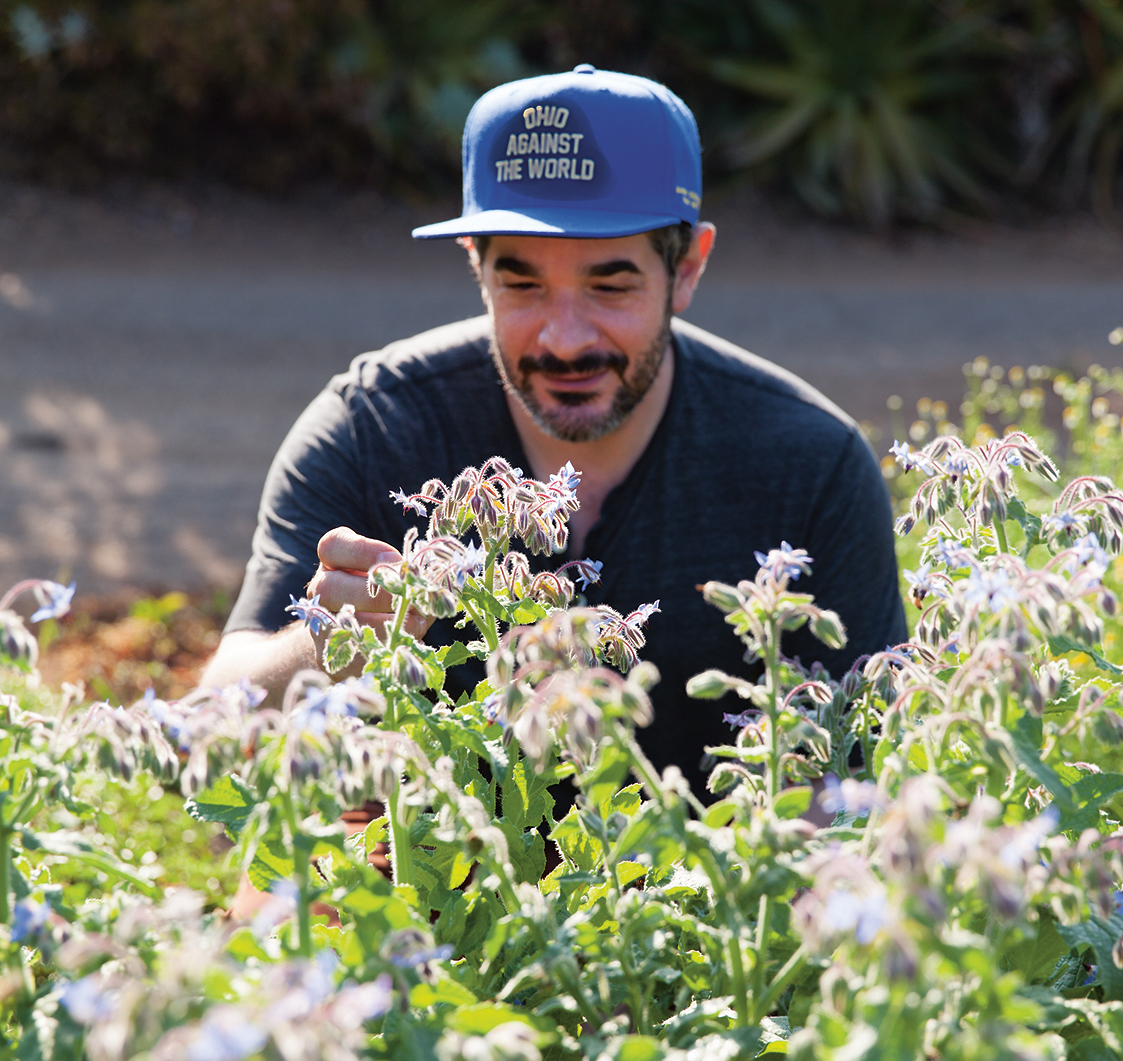 Jeremy Fox turns carrots into everything from pasta to crumble 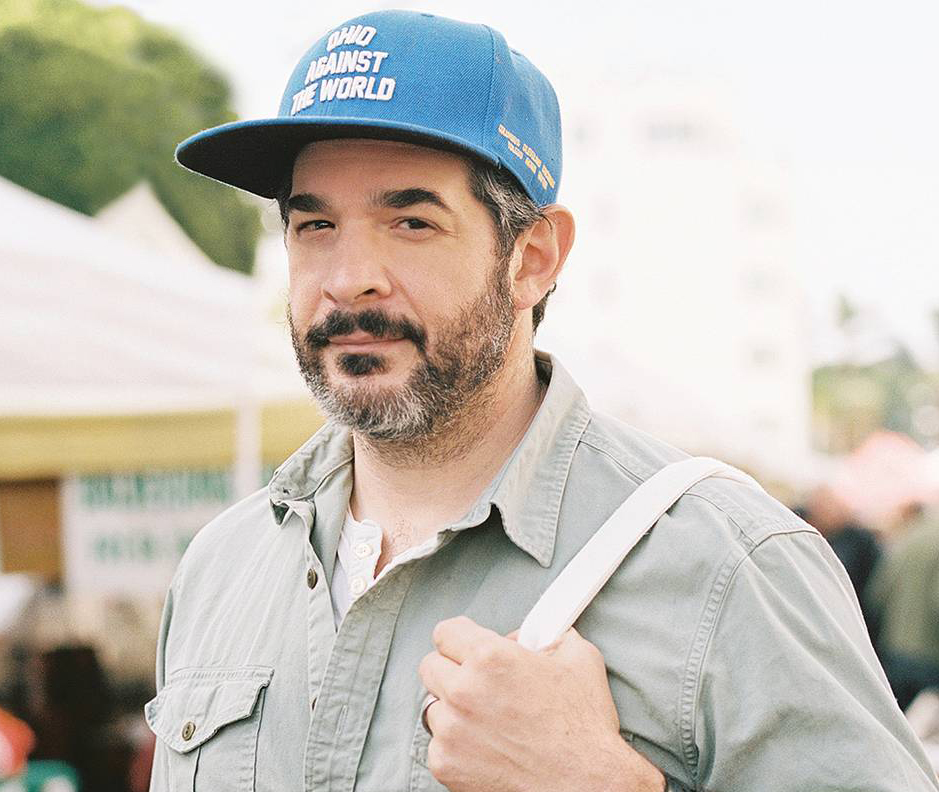 Jeremy Fox (the cook and the book) make the James Beards 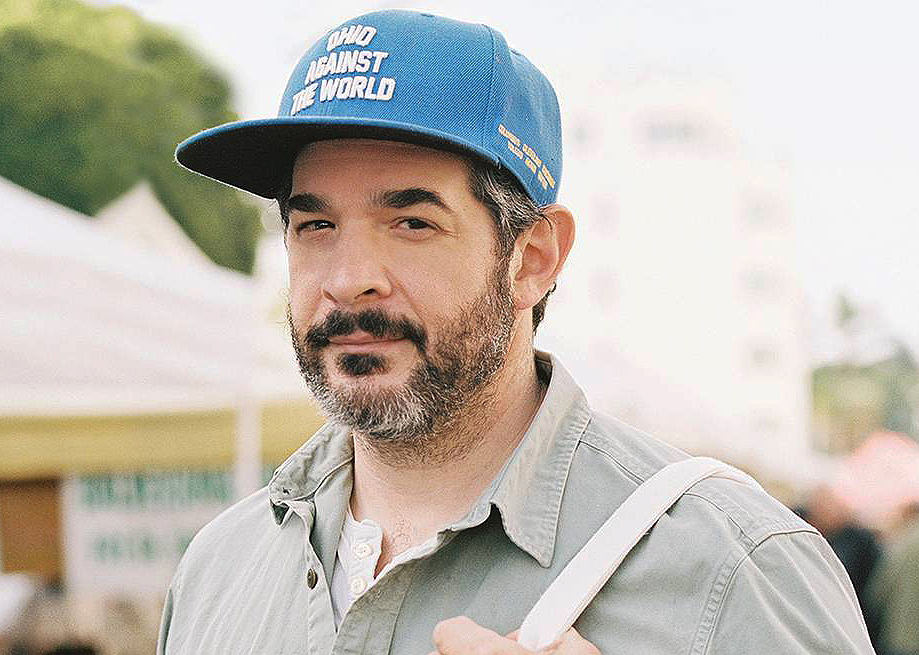 If you want to get ahead get a hat 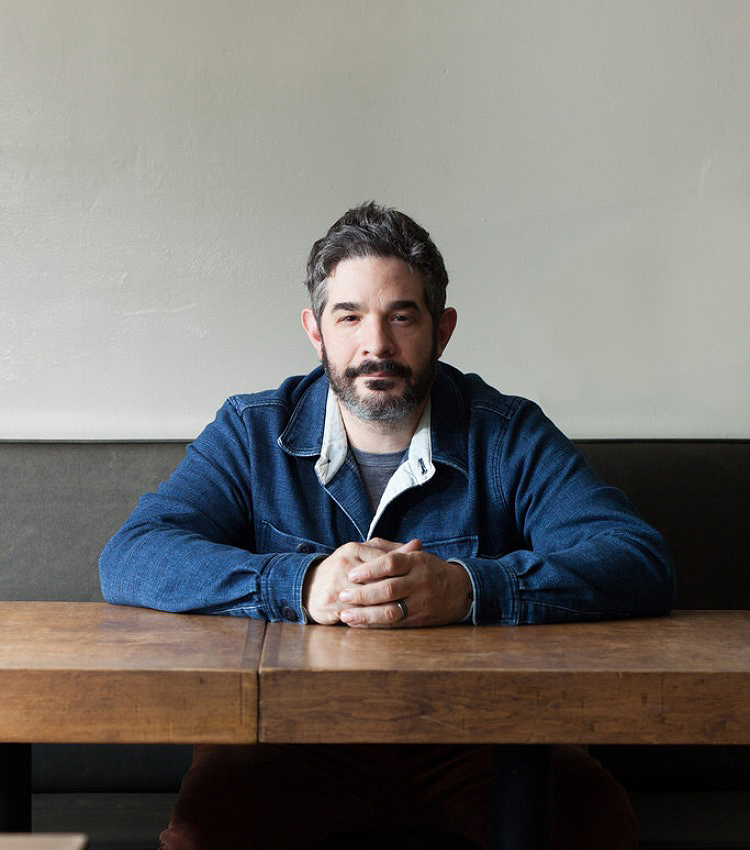 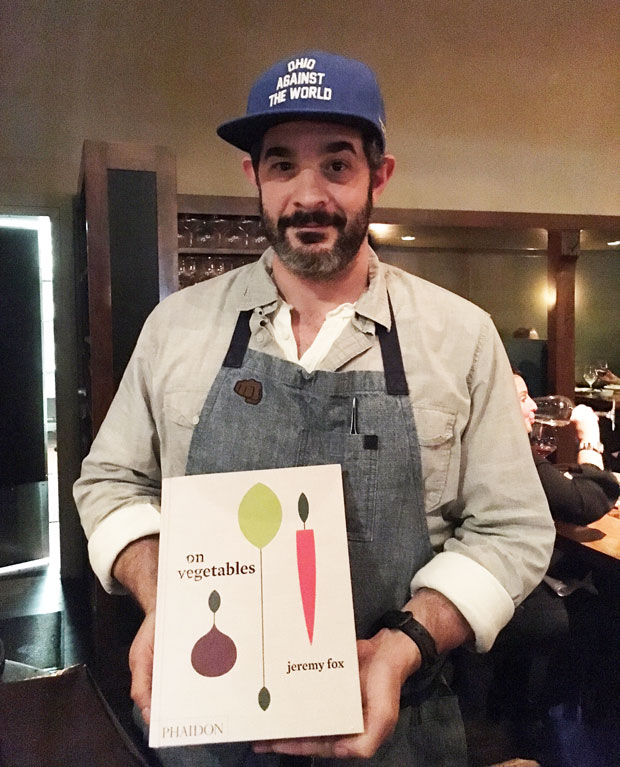 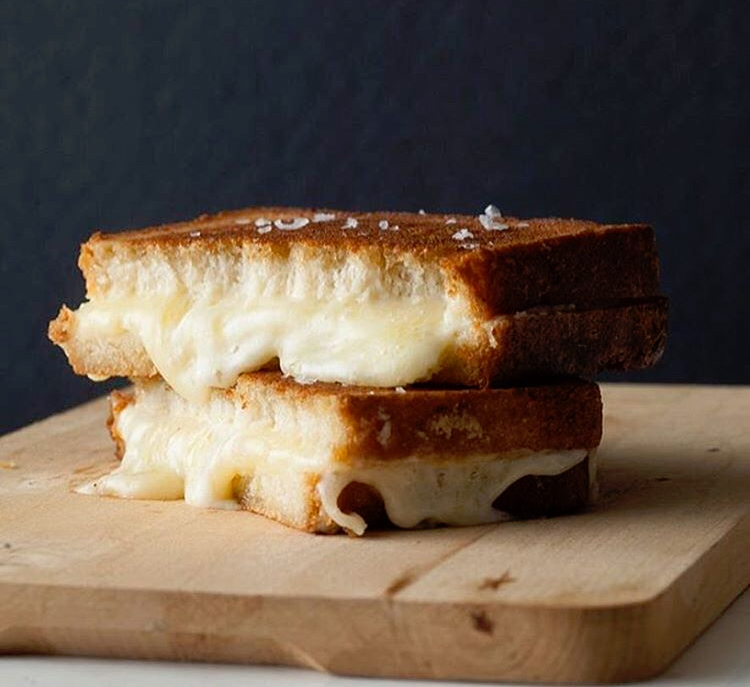 How to get Jeremy Fox’s perfect cheese sandwich

Meet Jeremy Fox - a man who shakes with excitement over thick-cut homemade bread. . .