America’s host with the most, Bronson van Wyck, shares anecdotes, memories and tips on throwing parties that are as much fun to give as they are to go to

Bronson van Wyck knows about nightlife. For a few years at the turn of the century he serially crashed the most famous ball on the planet. Back in the spring of 1997, when he was a struggling actor in Los Angeles, he visited the Beverly Hills Collateral Lending Society, “undoubtedly the highest-class pawn shop west of the Mississippi River” he writes in his new book, Born to Party, Forced to Work, and rented an Oscar statue that they had in their window. 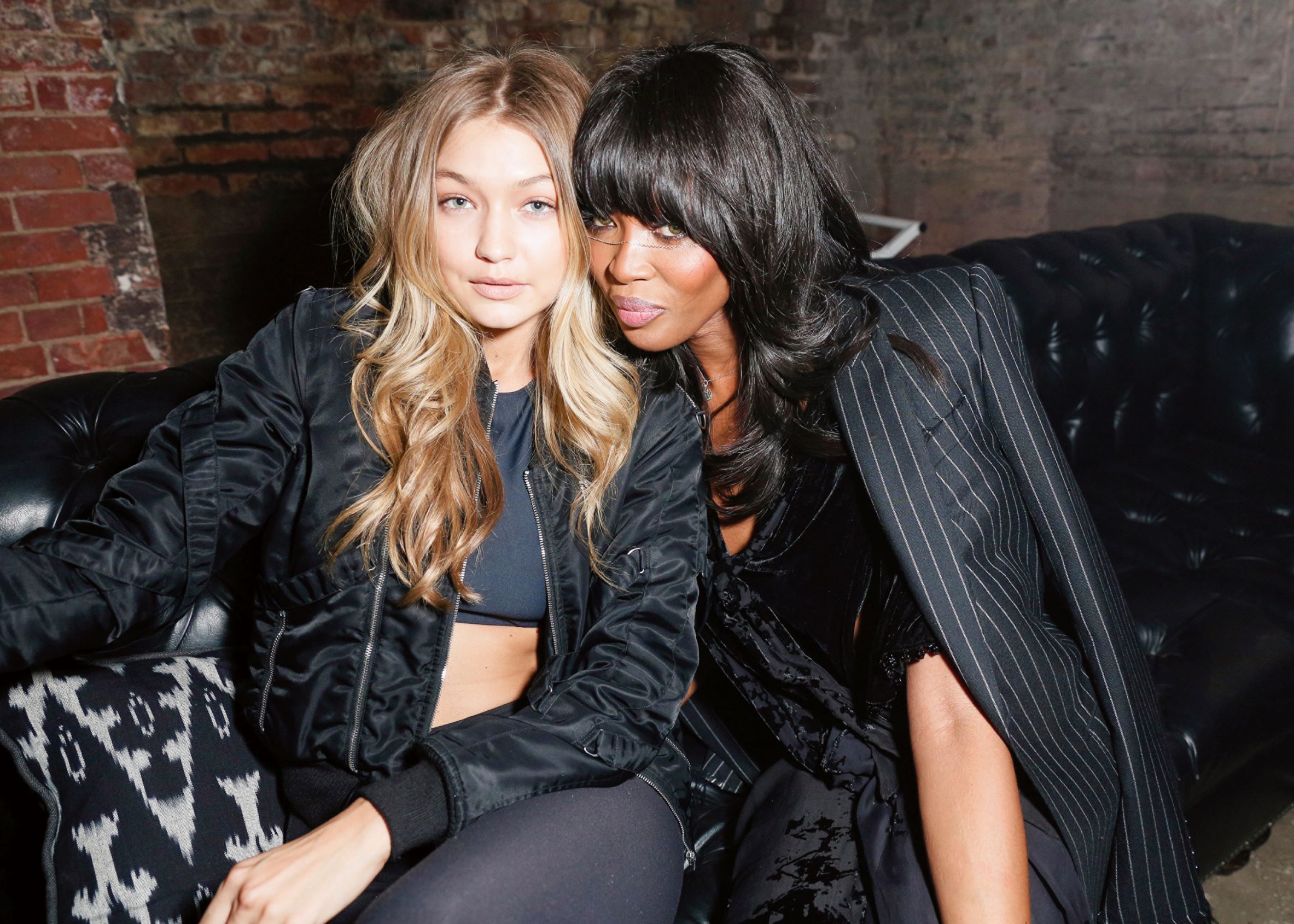 “I had a nameplate made for the bottom that read ‘Bronson van Wyck / Sound Editing’” he explains. “I assembled a dozen friends, rented a white limousine with purple neon lights underneath, and set out to crash The Vanity Fair Oscars Party. When I stepped out of that car in front of Morton’s, my Oscar held high, the seas parted. Security guards joined hands to create a chute leading us from the car inside. My feet never even touched the red carpet; I floated into that party. In fact, I don’t know that my feet touched the floor at all that night. I ended up sharing a booth with Jack Nicholson, who had his own (real!) Oscar in hand that he had won that night for Best Actor in As Good as It Gets.”

This is just one in a long line of wonderful anecdotes in Bronson’s book, which describes his personal development from the Hollywood D List (albeit mixing with the A List), up to the social heights of American society, having become one of one of the world’s most highly acclaimed event producers. 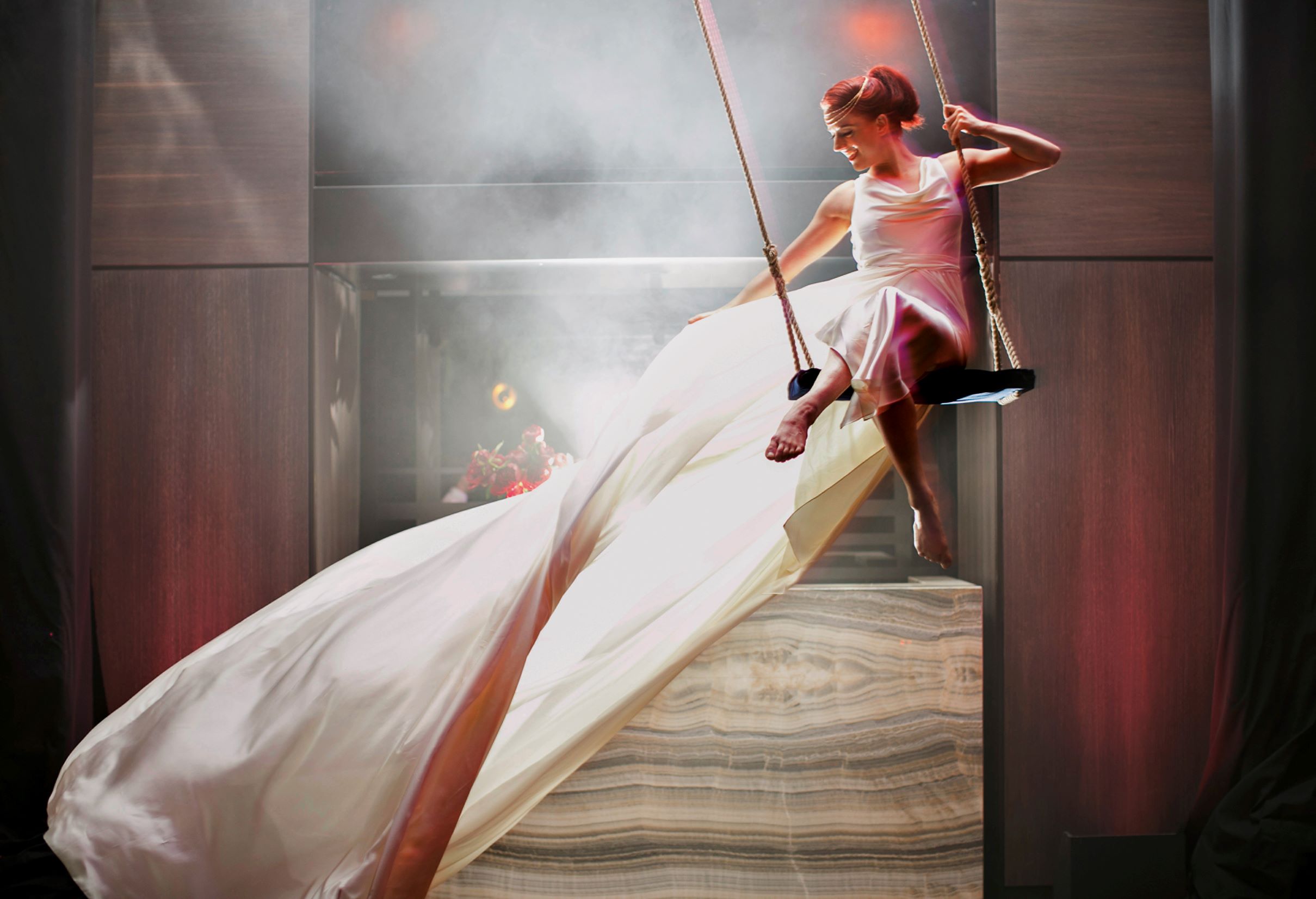 In Born to Party, Forced to Work van Wyck distills the essential elements within the art of celebration, with examples drawn from his many successes - and, as he admits, a few entertaining failures. Lusciously illustrated with images from van Wyck's most spectacular events, this is the perfect primer on throwing a party that's as much fun to give as it is to attend.

In these pages, Gwyneth Paltrow rubs shoulders with Jay-Z and Kanye West, Andy Warhol and President Clinton. And, while the photos and tales are entertaining, van Wyck’s party intel is indispensable for any would-be party starter. 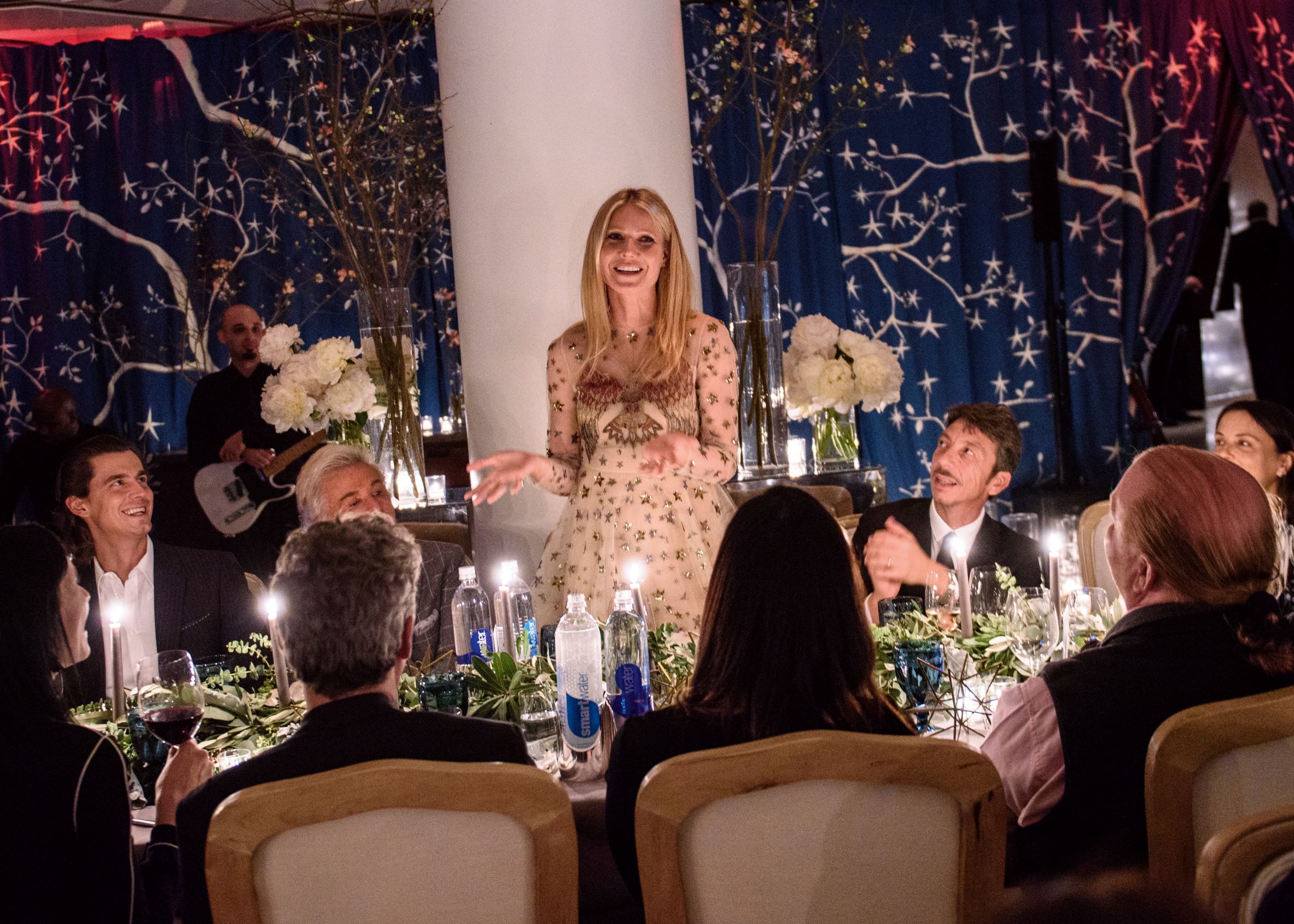 Consider this titbit, learned when van Wyck  served as protocol aide to Ambassador Pamela Harriman in Paris: “The seats to the right of the host  and hostess proclaim their occupants the guests  of honor. At the US Embassy in Paris, Pamela always gave the seat to her right to the highest-ranking member of the government, military, clergy, or nobility, or to an award-winning scientist, artist, writer, or entertainer."

Or this, about being a good guest: “Never complain about the food. Remember, you could always be home alone, eating leftovers. And never, ever, ever move your place card.”  And possible our favourite piece of advice ever on dress codes: “There are two types of dress codes: the ones that tell guests how to fit in and the ones that tell them how to stand out. Guess which I prefer?” 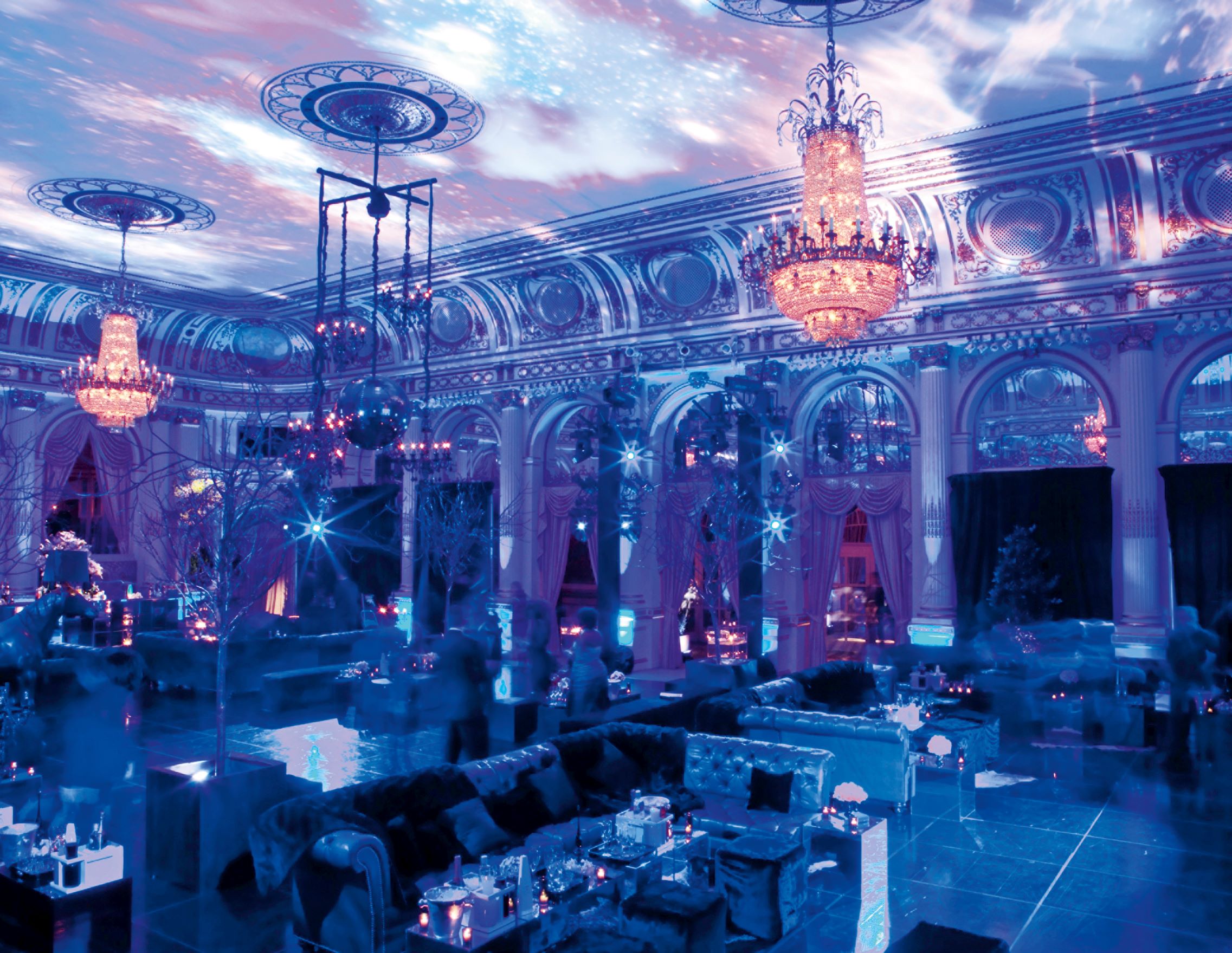 And this, on the all-important after-party. “Extraordinary things can happen when you get down to the core group. Since the after-party is, by definition, the more intimate and exclusive part of an evening, this is the time when you can hang out and really let your guard down. All the best after-parties ban photos and social media, so even those of us who are fortunate - or unfortunate - enough not to have to worry about the paparazzi can feel free to have fun without being afraid the boss/grandmother/ex/frenemy is going to see it on Instagram the next day." 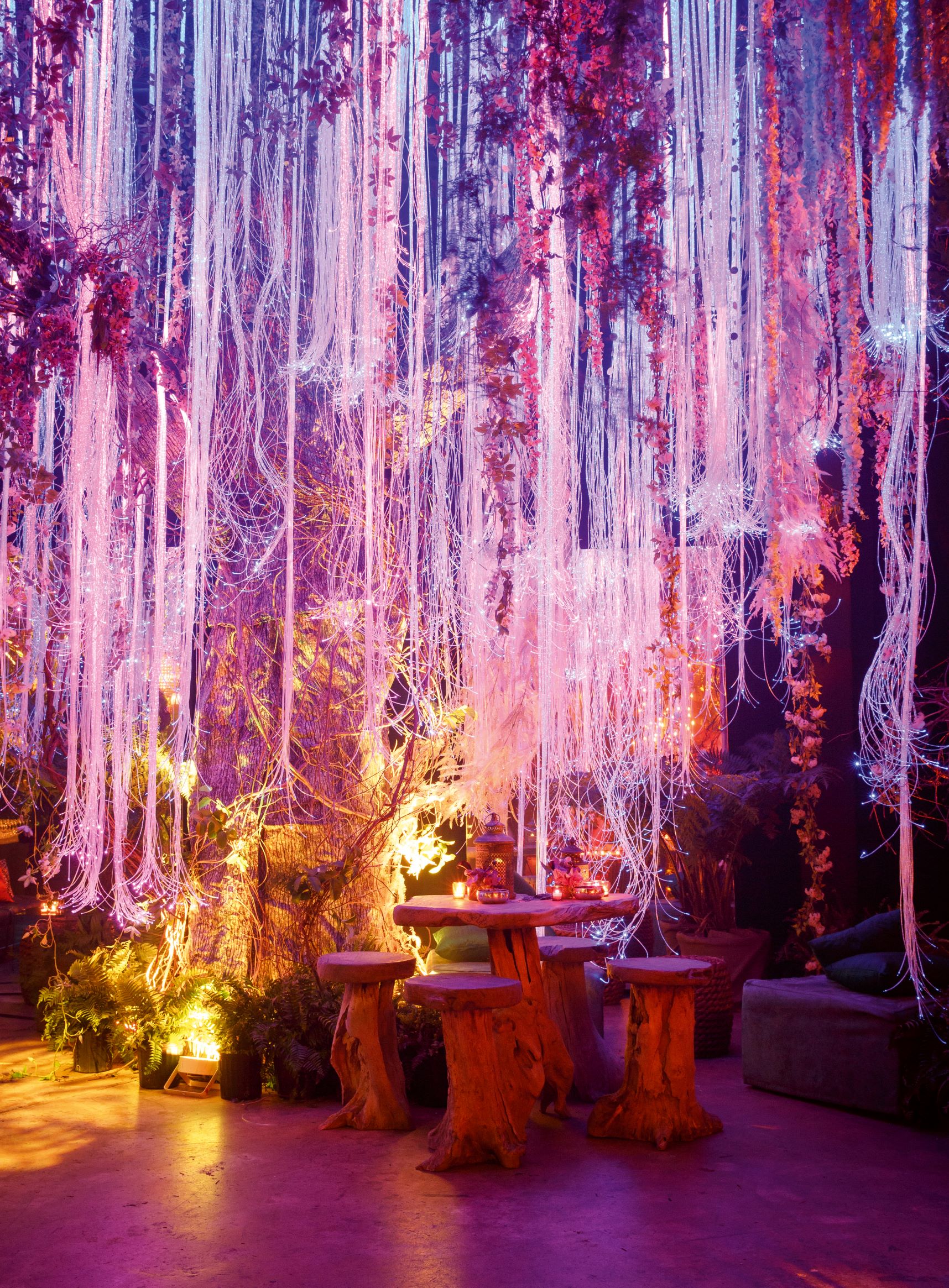 Born to Party, Forced to Work is the perfect book for wedding planners, events professionals or dinner party hosts; its tips can be scaled to suit industrial scale blow-outs, as well as domestic, mid-week soirées; and it will even help party goers pass themselves off as consummate professionals.

Anyone interested in the changing social norms of high society will also enjoy van Wyck’s candid insightful commentary from his side of the velvet rope; and anyone who has ever dreamed of partying with today’s demimonde can indulge in a little fantasy socialising, courtesy of this book.

Head to the store to pre-order Born to Party, Forced to Work and be among the first to receive it when it’s published on 23 October. Meanwhile, check out our video below.

More on All you need to know about Born to Party, Forced to Work 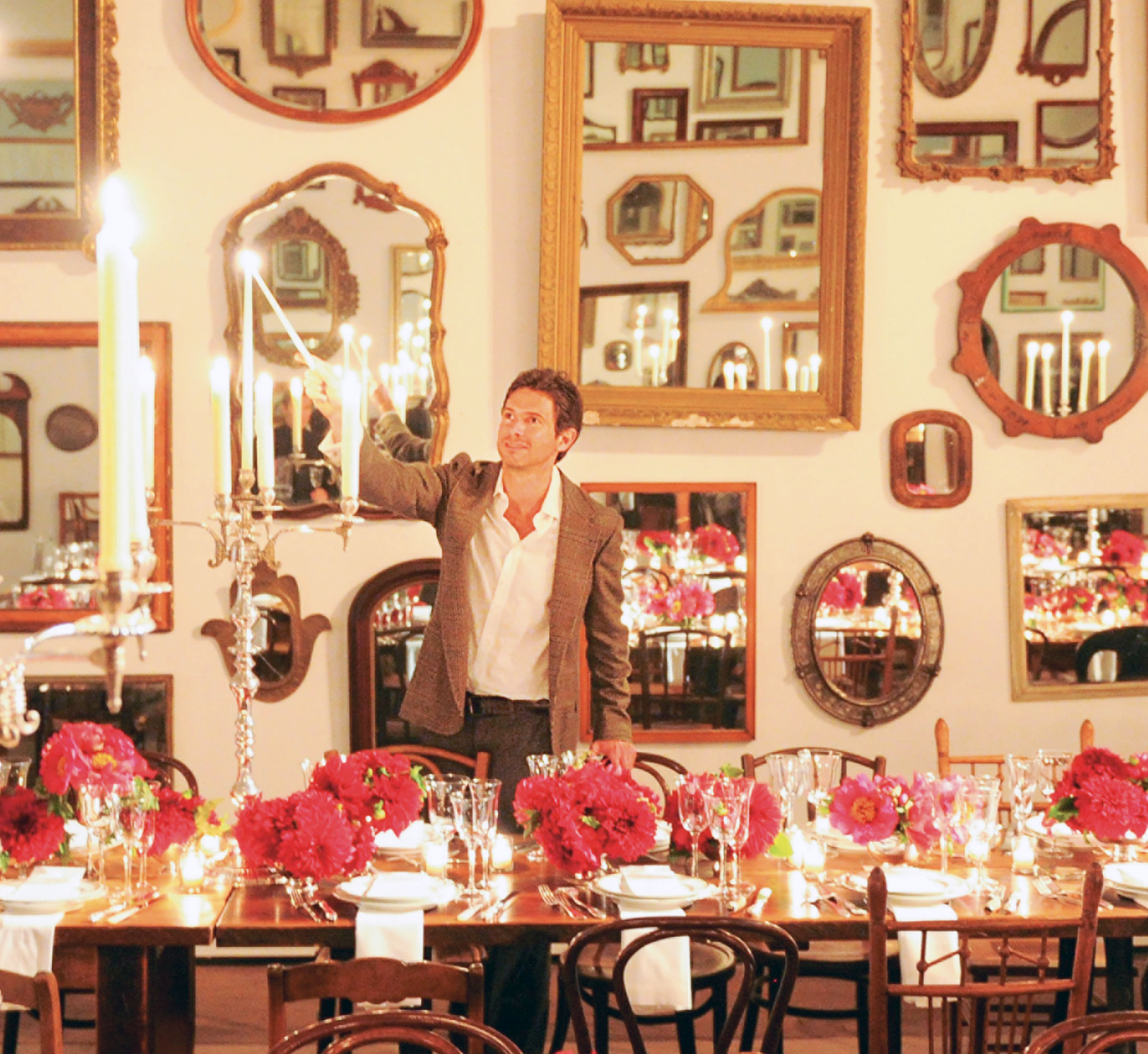 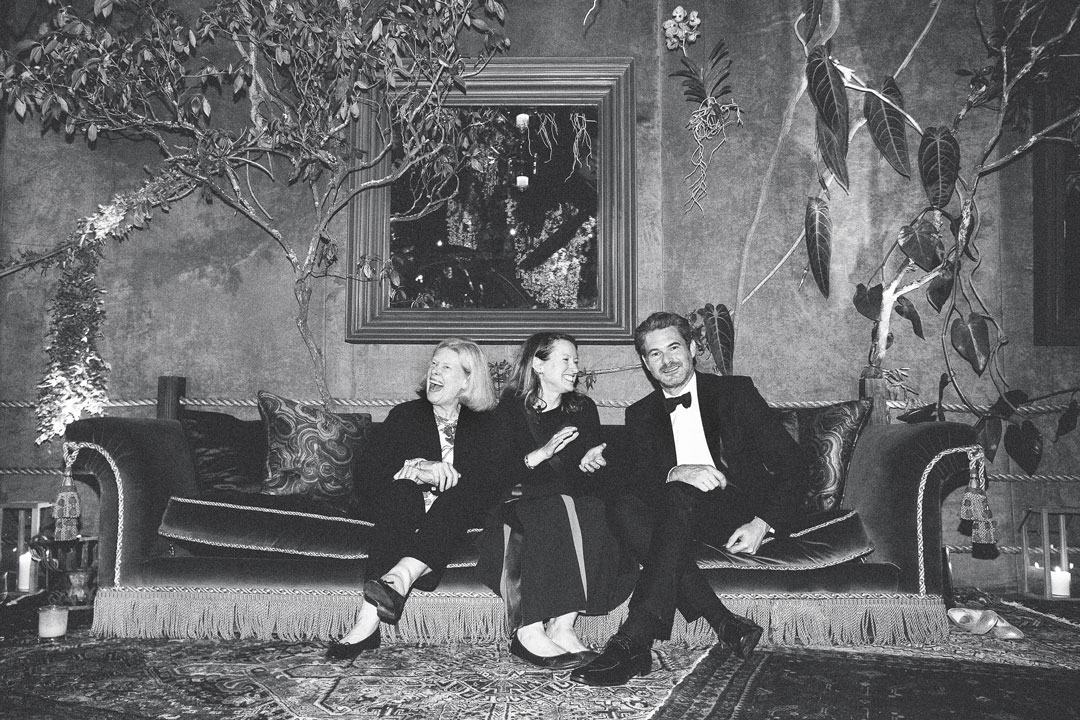