For Bronson van Wyck, America’s greatest party planner, the season begins with hard work and ends with a feast

According to Bronson van Wyck, the nativity story has a few morals for today’s party planners. “A man takes a chance and defies every cultural norm of the era by marrying a woman already pregnant,” writes the legendary event organizer in his new book, Born to Party, Forced to Work. “They journey to Bethlehem to be counted in the Roman census. The rules of hospitality fail: there is no room at the inn. And so the Son of God and Man is born in a manger. No room at the inn? According to Christ, there’s always room at the inn. And, in a penultimate act of legendary hospitality, he died to make a place for his people at the table of heaven.”

Van Wyck doesn’t go to quite these extremes, yet the go-to party planner for Sean Combs, Baz Luhrmann and Gwyneth Paltrow grew up in remote Arkansas, ion a family in which Christmas was a deeply engaging and participatory event.

“As part of the entertainment, my grandfather expected the kids to perform theatrical reenactments of whatever was being celebrated,” he writes. “During Christmas, we were animals in a manger or elves in Santa’s workshop. The von Trapps had nothing on the van Wycks.” 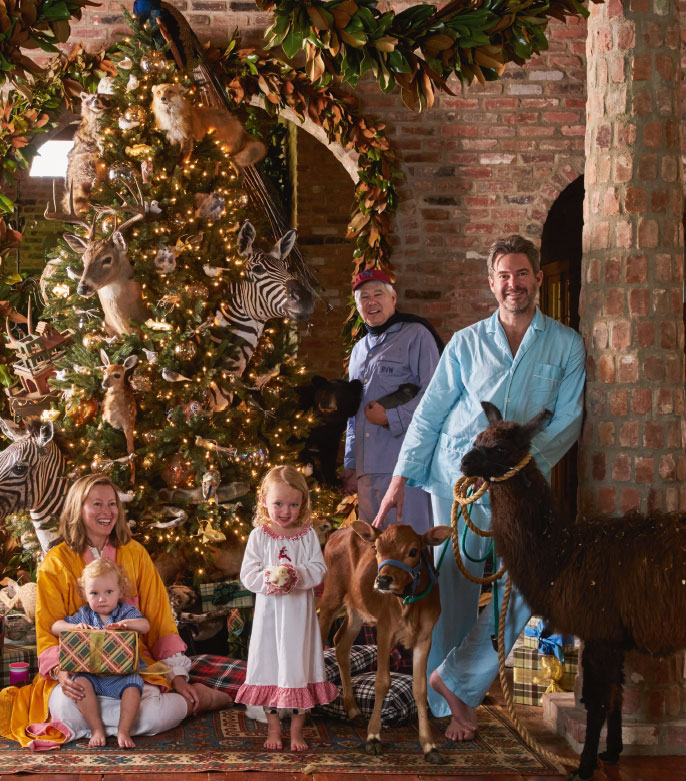 Christmas at Arrowhead Farms, Arkansas, with the van Wycks

Indeed, few families can hold a candle to Christmas at the Bronson family’s Arrowhead Farms home. While they avoid the austerity of a first century manger, the Van Wycks continue traditions established generations back, including dressing the house’s beams with wreaths cut from nearby magnolia trees.

“Growing up, Christmases were spent at our grandparents’ home with lots and lots of bacon,” writes van Wyck. “Granddad wrapped quail in bacon, its melting fat searing the outside of the bird as he roasted it. The glory of snatching that first hot strip out of the pan away from my sister is as true a Christmas memory as opening presents.

"The presents were good, too, especially for the women. On Christmas Eve, my grandfather gave each of the women in the family a piece of jewelry. After all, this was Arkansas, the only state in the United States with diamonds.” Indeed, with the benefit of professional hindsight, Bronson now understands how much of the joy of Christmas lay in the preparatory groundwork. 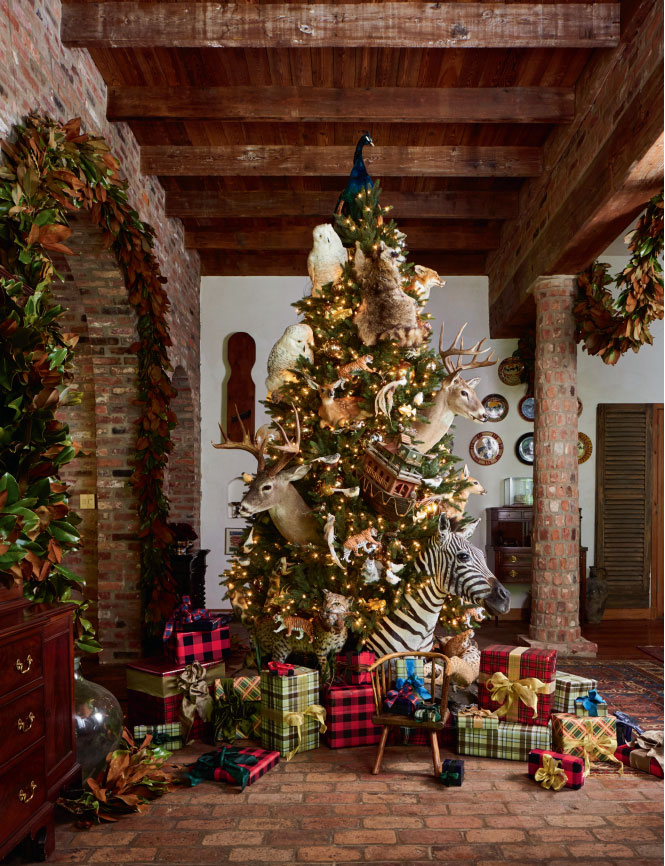 “As I look back now, I realize that our Christmases really started with the preparations that began weeks before. Mom had very developed opinions about the proper shape of a Christmas tree. I remember driving for hours into the Ozarks to find one whose branches unfolded perfectly. I never thought I’d be doing the same thing again for all of the clients whose trees we decorate every year. Day one of Christmas arrived with the making of ornaments—many out of paper, others that were edible (gingerbread for Dad!), and always yards and yards of garlands of fresh popcorn. Christmas was truly an entire season on the farm.”

As with many occasions in van Wyck’s life, hard work paved the way for a great party. For more party tips, and to see many more festive images from a typical van Wyck Christmas, order a copy of Born to Party, Forced to Work here. In it, the internationally acclaimed event producer shares his ideas and inspiration for ultimate and intimate celebrations. Lusciously illustrated with images from Bronson's most spectacular events, it's the perfect primer on throwing parties that are as much fun to give as they are to attend. Meanwhile, make sure you have enough gifts to go round.