Graceland might be better suited to play rather than work, but the singer still recorded his last two albums here

Most of us weren’t quite ready for the long spate of home working we’re currently undergoing, thanks to Covid-19. Now, ensconced in our own ad-hoc home offices, it’s hard not to look on the interiors on display in Life Meets Art with some degree of envy.

Many, such as Herman Meville’s modest abode in Pittsfield, Massachusetts, show that fame and fortune don’t always go hand-in-hand. Others demonstrate just how rewarding some roles within the creative arts can be. Elvis Presley’s house, Graceland, in Memphis, Tennessee, certainly falls into this second category. “With eighteen number one hits, and exhilarating appearances in concerts, movies, and television, Elvis became one of the first true modern stars,” explains the text in Life Meets Art.

And, despite having died back in 1977, his starry appeal remains undimmed. “Graceland is the most popular house museum in the United States after the White House,” the book reports. 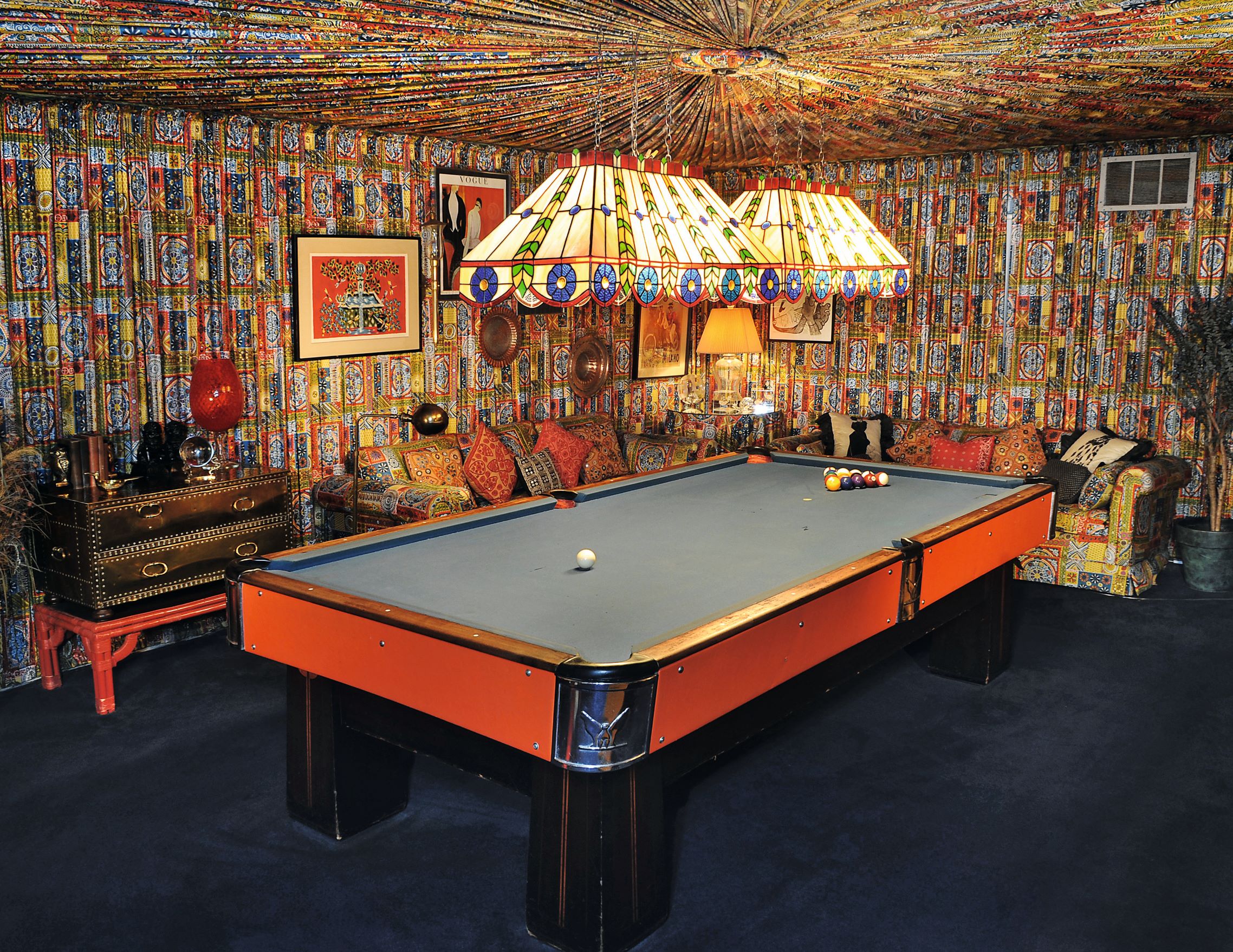 “Presley bought the two-story Colonial Revival mansion and its grounds in 1957, when he was twenty-two and just becoming a superstar. The home contains twenty-three rooms, and a visit includes the lavish living and dining rooms; the music room, with its baby grand piano and stained-glass peacock doorway; and the Jungle Room, with its Polynesian decoration, indoor waterfall, and green shag carpet.

"Other spaces include the Trophy Building, with its endless gold records and shimmering jumpsuits; the basement Billiards Room, lined with pleated fabric in an elaborate, colorful print; and the brilliant yellow TV Room, with its mirrored ceiling. Elvis and his family are laid to rest in the meditation garden. Visitors can more or less continue forever, with the Elvis: The Entertainer Career Museum, the Presley Motors Automobile Museum, the Elvis Discovery Exhibits, Elvis’s Airplanes, and of course innumerable shopping and dining opportunities.”

Though it may look like a place of leisure, rather than labour, Presley did record much of his final two albums, released in 1976 and 1977 respectively: From Elvis Presley Boulevard, Memphis, Tennessee (which takes its title from Graceland’s address) and Moody Blue. Presley and co remodelled the Jungle Room to accommodate a recording studio, its deep-pile carpet serving as ideal sound-proofing material. Visitors today, however, can take in that room - which, during the singer’s lifetime was known as ‘the den’ - minus the microphones, and, instead, in all its kitsch glory.

To see further pictures of both this house and many, many others, order a copy of Life Meets Art here.

Life Meets Art: Inside the Homes of the World's Most Creative People Sam Lubell