Our new book, Soviet Space Graphics offers an alternate, spacey look at the rise and fall of the Iron Curtain

At the beginning of the Space Race, the USSR didn’t need anything beyond cold, hard facts to prove its supremacy. As our new book, Soviet Space Graphics: Cosmic Visions from the USSR notes, the Russians developed the first intercontinental missile, launched the first satellite, put the first animal in to space, as well as the first two-man crew, the first woman, the first three-man crew; and carried out the first spacewalk.

In the Soviet Union, these achievements were lauded, analyzed and encouraged by a wealth of popular-science magazines. “Deliberately aimed at all sectors of society, from children to adults, amateurs to professionals, the magazines contained all manner of scientific and cultural content: articles, statements and commentaries on recent national achievements, as well as literary and art reviews, and the latest science-fiction stories,” says our new book. 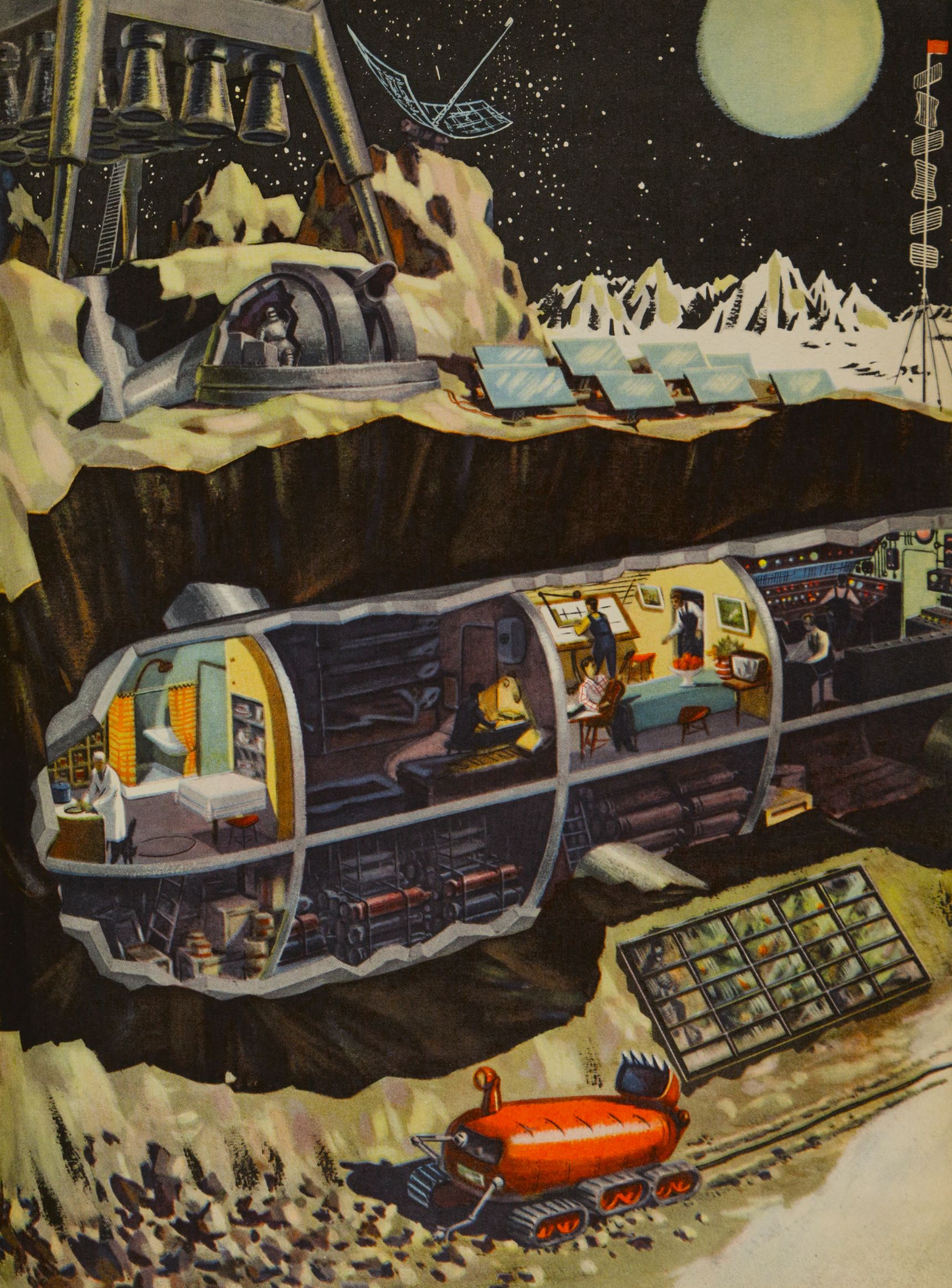 Technology for the Youth, issue 2, 1959, illustration by B. Dashkov for the article ‘What Would a Space Station on the Moon Look Like?’

“Underlying the success and accessibility of such magazines was the inclusion of highly skilled, artistic and technical illustrations combined with strong graphic and typographic identities,” explains the introductory text.

Yet, not everything in those pages were based on the unvarnished truth. Consider, for example,  Knowledge is Power, issue 2 from 1950, which features pictures inspired by Valentin Ivanov’s novel Energy Controlled By Us, “in which American imperialists and fascist military outlaws conspire to destroy the USSR using the Moon as a giant ‘death ray’ reflector.” 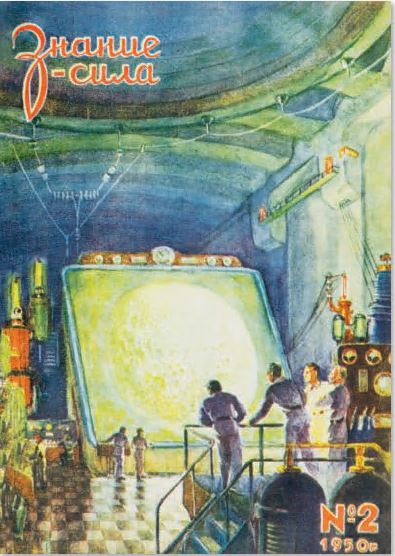 Knowledge is Power, issue 2, 1950, illustration by A. Shpir inspired by Valentin Ivanov’s novel Energy Controlled By Us

Other stories don’t denigrate the West, but instead laud the historical inevitability of the Soviet project. Take Georgy Martynov’s science-fiction novel, Through the Ages, in which the protagonist is brought back to life in the thirty-ninth century and must adapt to the new Communist future.

Other pictures in this new book hint at the technological follies favoured by the USSR, such as those that accompany A. Pobedinsky article ‘Brain Emits Stars on the Oscilloscope Screen’, which speculates on the existence of telepathy, and whether the human brain emits elecromagnetic waves and signals. 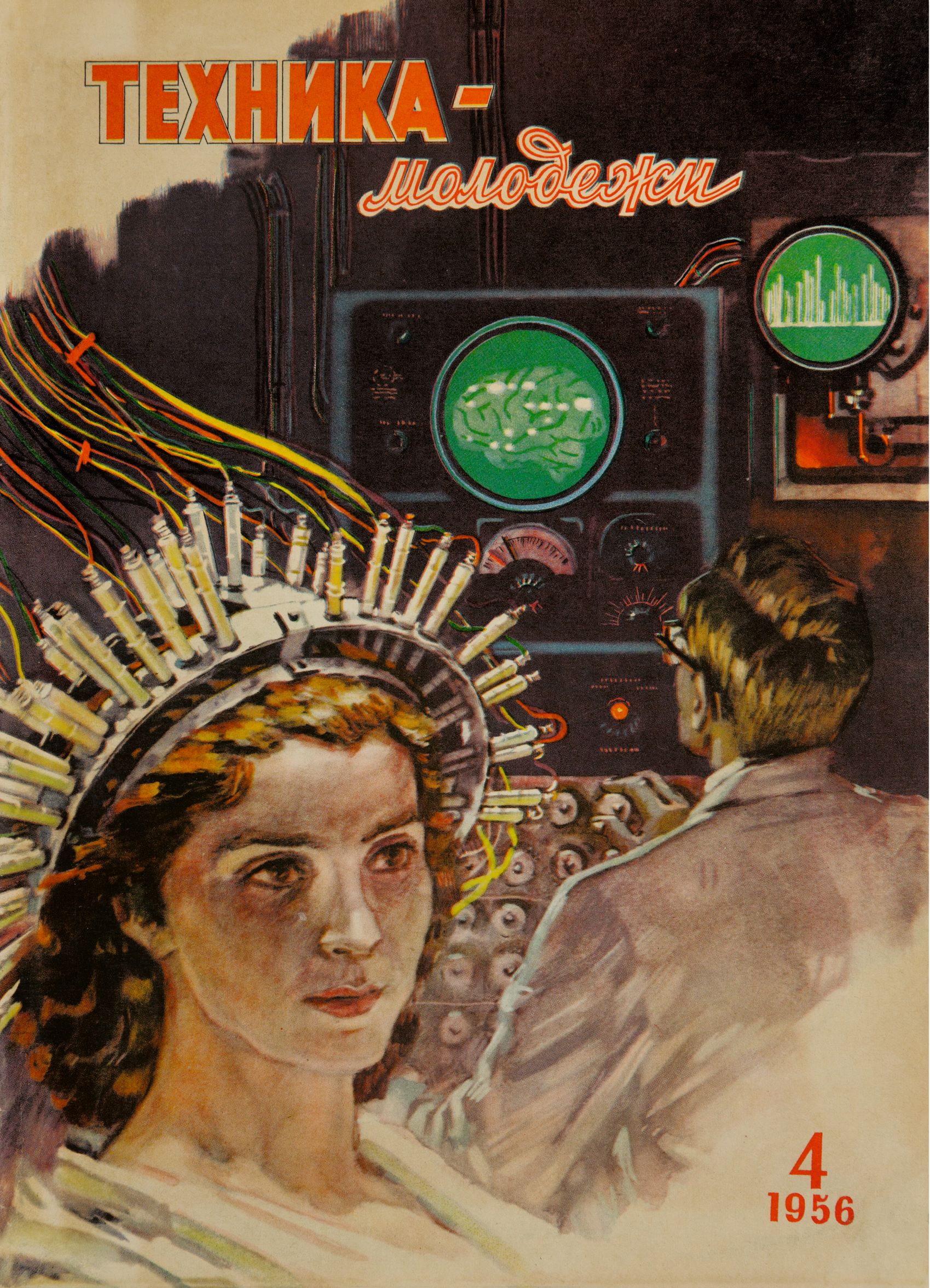 Technology for the Youth, issue 4, 1956, illustration by A. Pobedinsky for the article ‘Brain Emits Stars on the Oscilloscope Screen’, which speculates on the existence of telepathy, and whether the human brain emits elecromagnetic waves and signals

Perhaps the seeds of communism’s downfall can be detected in these illustrations, which accompanied works by writers behind the Iron Curtain, such as Polish author Stanisław Lem, but also westerners, such as Isaac Asimov and Arthur C. Clarke. The magazines might have celebrated Soviet science and engineering, but, when it came to the story pages, editors seemed willing to allow in a little overseas excellence.

While the early, fantastical pictures in the book from the 1930s and 40s speak of a society at the very pinnacle of scientific achievements, the later images, from the 1980s – some of which look fairly behind-the-times for 80s graphics – brings to mind a place where dreams and reality have violently diverged. 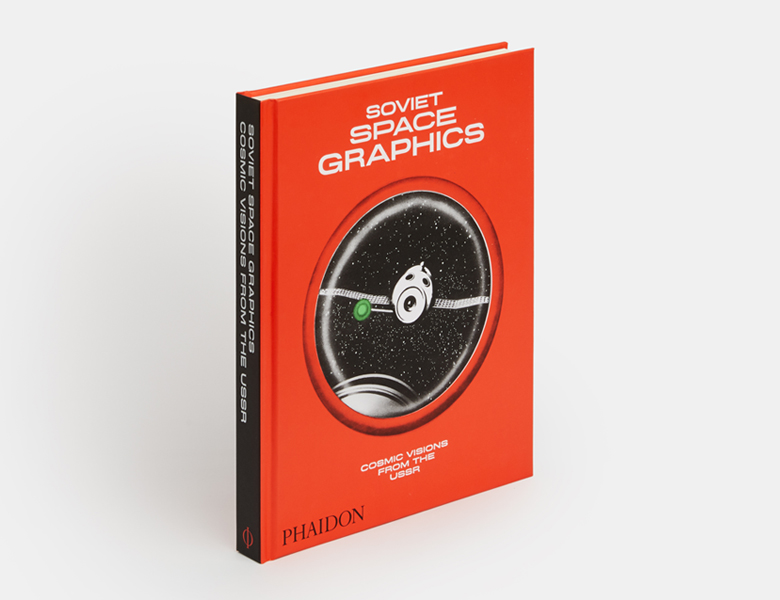 To see many more images, and to read more about this unique body of creative output, order a copy of Soviet Space Graphics: Cosmic Visions from the USSR here.