In times of adversity we look more than ever to our leaders to pull us through; men and women with an abundance of skill sets and the self-belief to rally the troops, hold their flag aloft and confidently cry: ‘Follow me!’

Yet for those in line, adding to the wealth and international standing of a great nation is not just about following, as our new book Soviet Space Graphics: Cosmic Visions of the USSR makes clear.

The people behind the Soviet Union's great efforts, those at the forefront of technological developments: the trailblazers, celebrities and heroes in the eyes of a nation, as well as the everyday civilians who supported from the sidelines were all celebrated in the Soviet space magazines of the cold war era, highlighted and brought to life in Soviet Space Graphics. 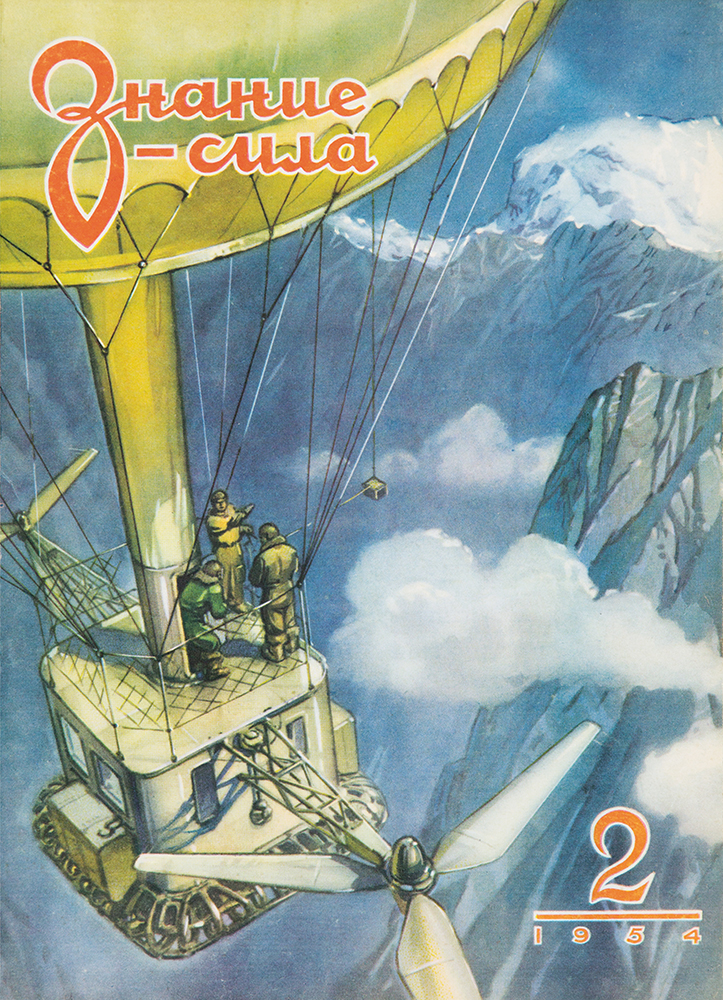 Knowledge is Power, issue 2, 1954, illustration by K. Artseulov for the article ‘Five Days in a Hot Air Balloon’, which explores the possibilities of long-distance flights using hot air balloons

Featuring images from the surreal to the sublime, all imbued with Communist sentiment, the magazines showcased the boldest of ideas from the truest of literary and graphic talent – many of whom were themselves embarking on their own second life of playing support, following one in which they were the main attraction.

Take for instance Konstantin Artseulov (1891–1980) a pilot, designer and illustrator, who, as a child, studied drawing with his grandfather, the Romantic painter and master of marine art, Ivan Aivazovsky (1817–1900). During World War I he served initially as a cavalryman and then as a military pilot and instructor. 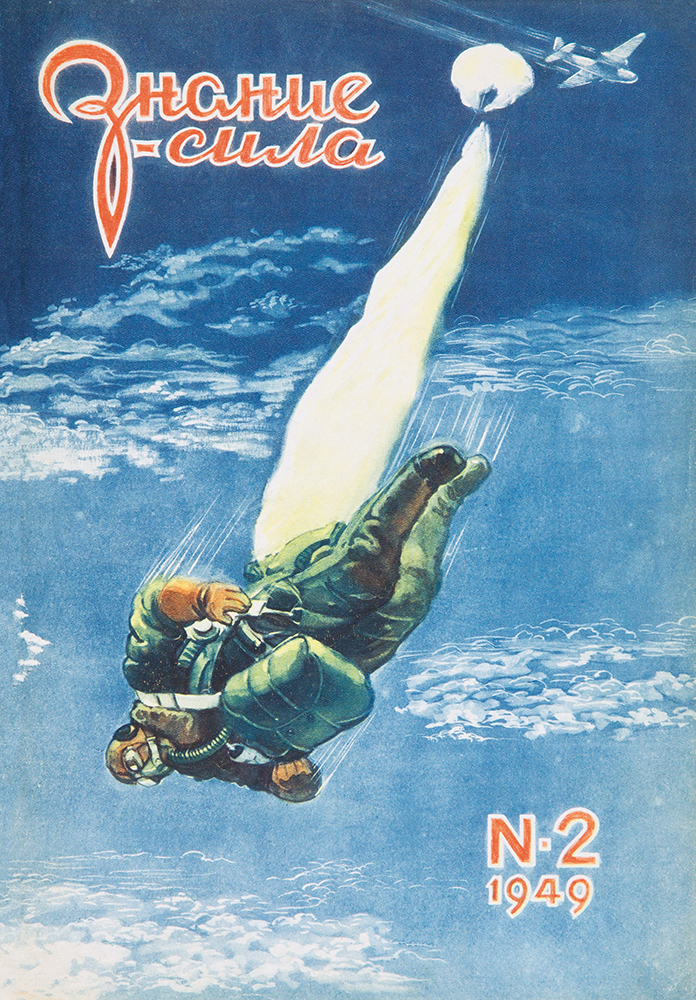 Knowledge is Power, issue 2, 1949, illustration by K. Artseulov for an interview with Vasily Romanyuk, the first person to complete a parachute jump from the Earth’s stratosphere, at a height of 13,000 metres (42,650 feet).

Between 1932 and 1937, Artseulov was exiled from Moscow as part of Joseph Stalin’s Great Purge, but following his return he continued to pursue his interest in aviation and technology, eventually becoming an illustrator for Technology for the Youth magazine, for which he designed a total of 240 issues. Throughout his career he illustrated more than fifty books and contributed frequently to several other popular science publications. 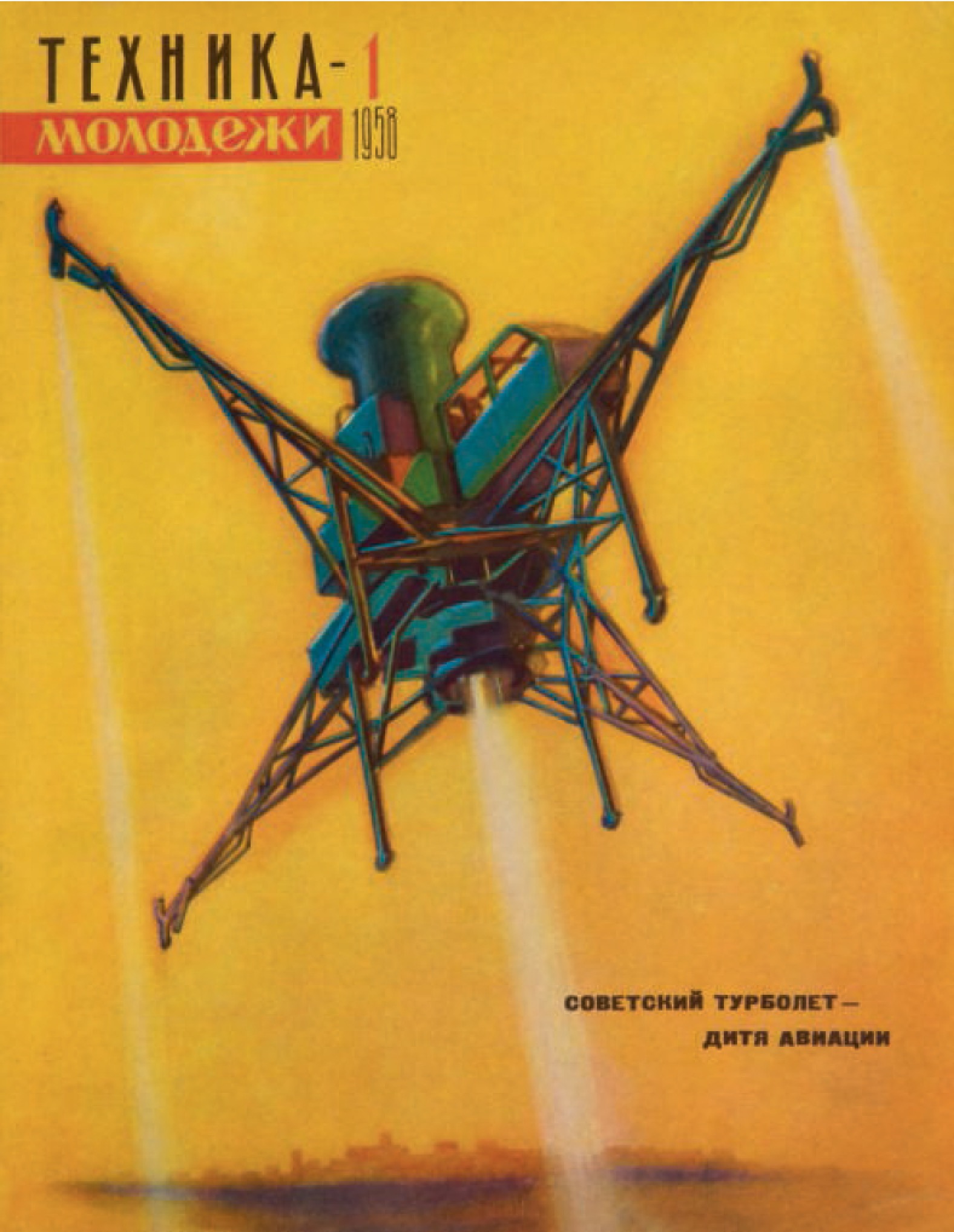 Alexei Leonov (1934–2019) meanwhile, was a cosmonaut who, in March 1965, became the first person to exit a spacecraft and ‘walk’ in space during the Soviets’ Voskhod 2 mission - an escapade that brought him close to death on two occasions. He also garnered acclaim for becoming the first person to create a piece of art while in space and went on to make a number of artworks inspired by his experiences as a cosmonaut, often collaborating with fellow science-fiction artist Andrei Sokolov. Leonov was a member of the Artists’ Union of the USSR and the International Academy of Astronautics, an honorary member of the Russian Academy of Arts and cofounded the Association of Space Explorers. 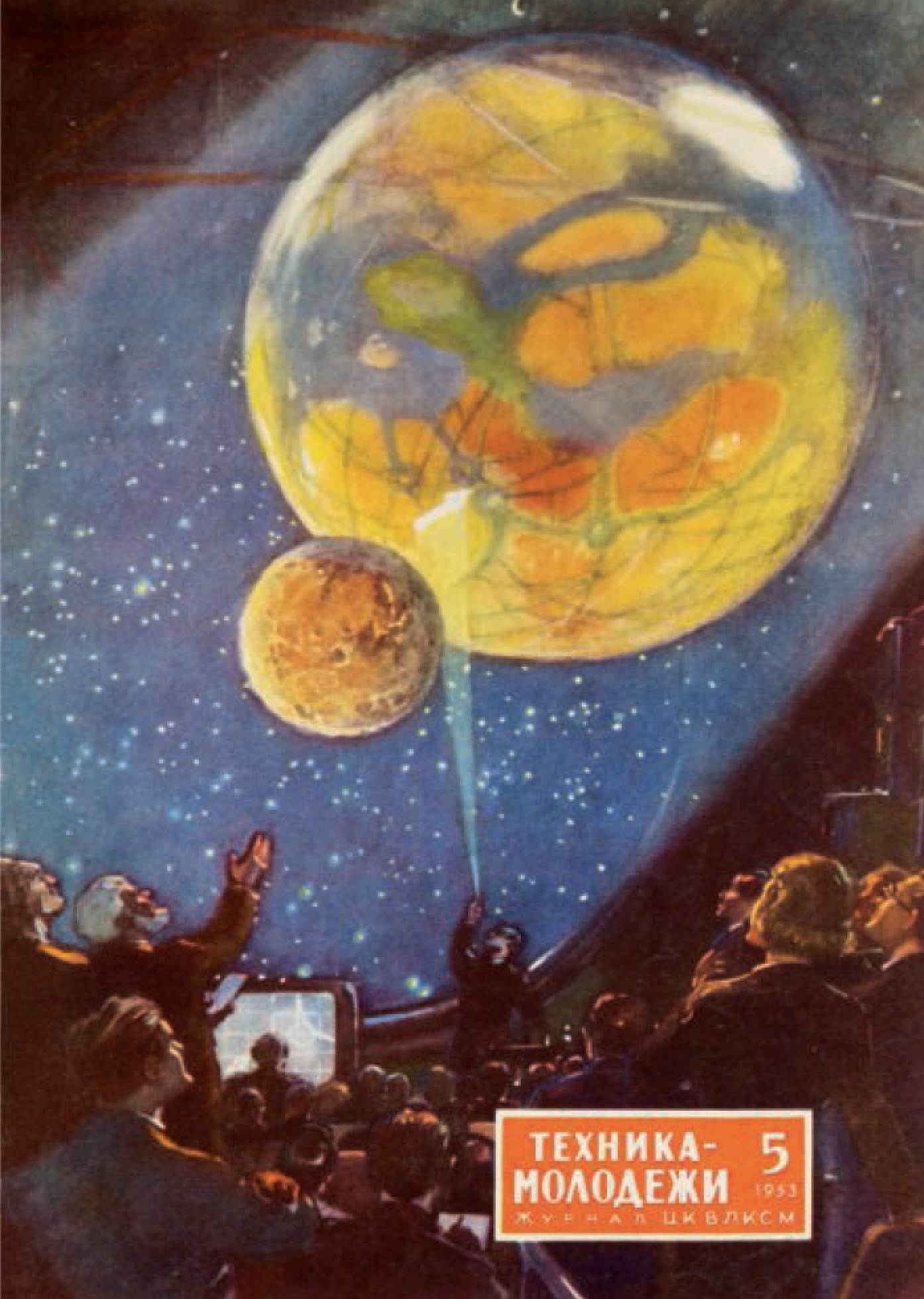 Technology for the Youth, issue 5, 1953, illustration by K. Artseulov.

Others had more earthbound talents. Andrei Sokolov (1931–2007) was an architect and artist who specialized in fantasy and science fiction. He studied at the Moscow Institute of Architecture and went on to work as a freelance illustrator for Technology for the Youth. In 1965 he formed an artistic partnership with cosmonaut Alexei Leonov and in 1979 they were awarded the Lenin Komsomol prize for their art book Man and the Universe. 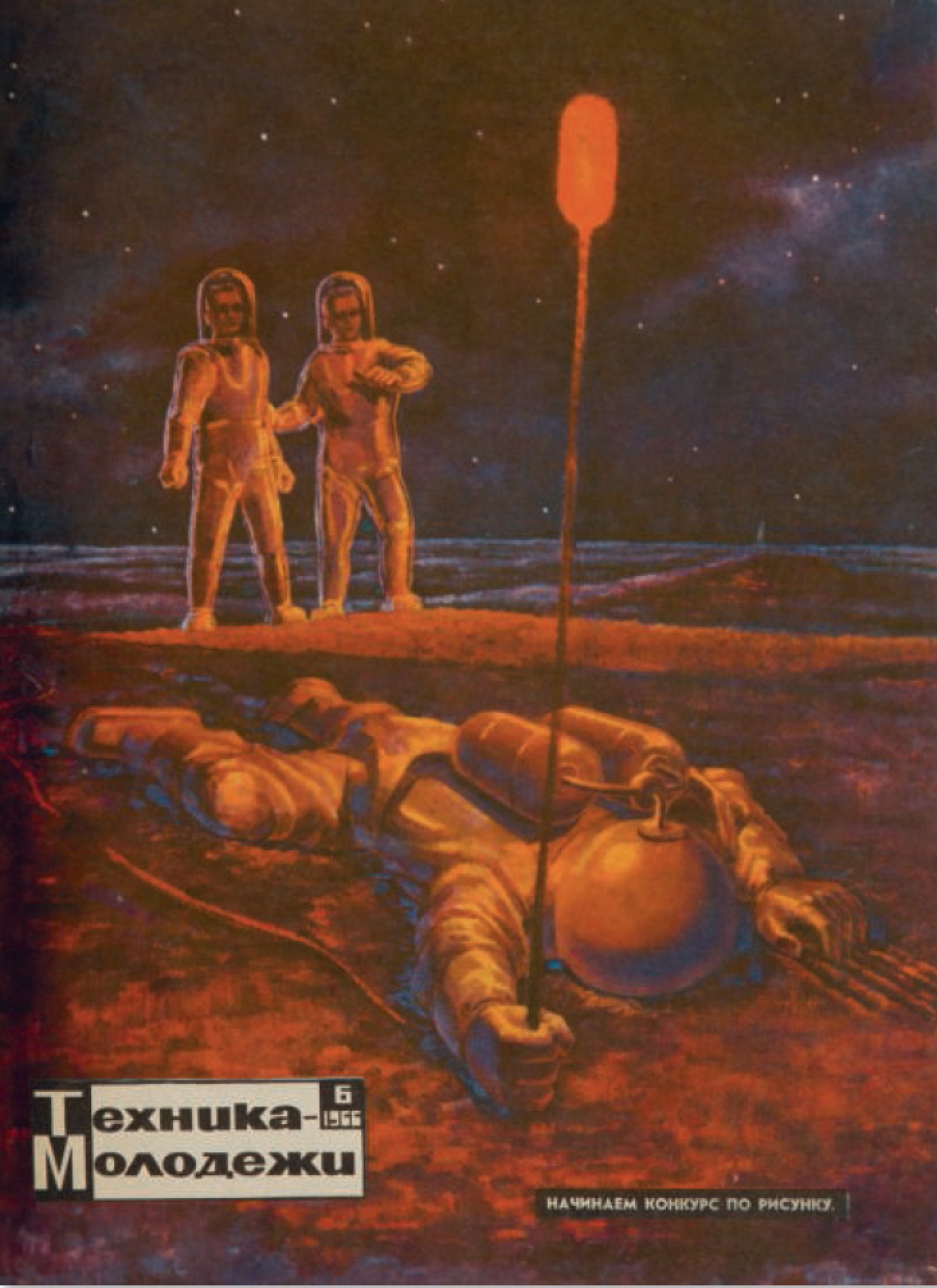 Technology for the Youth, issue 6, 1966, illustration by A. Sokolov. It relates to a competition in which readers were urged to create a short story or poem in reaction to the cover artwork. The cover line reads: ‘Let’s Begin a Drawing Competition’, an advertisement for the next round.

The duo’s work also featured on the cover of the first edition of Arthur C. Clarke’s novel The Fountains of Paradise (1979). Sokolov actively exhibited both in Russia and abroad, and was awarded the prestigious title of People’s Artist of the RSFSR for his contribution to the Soviet arts. 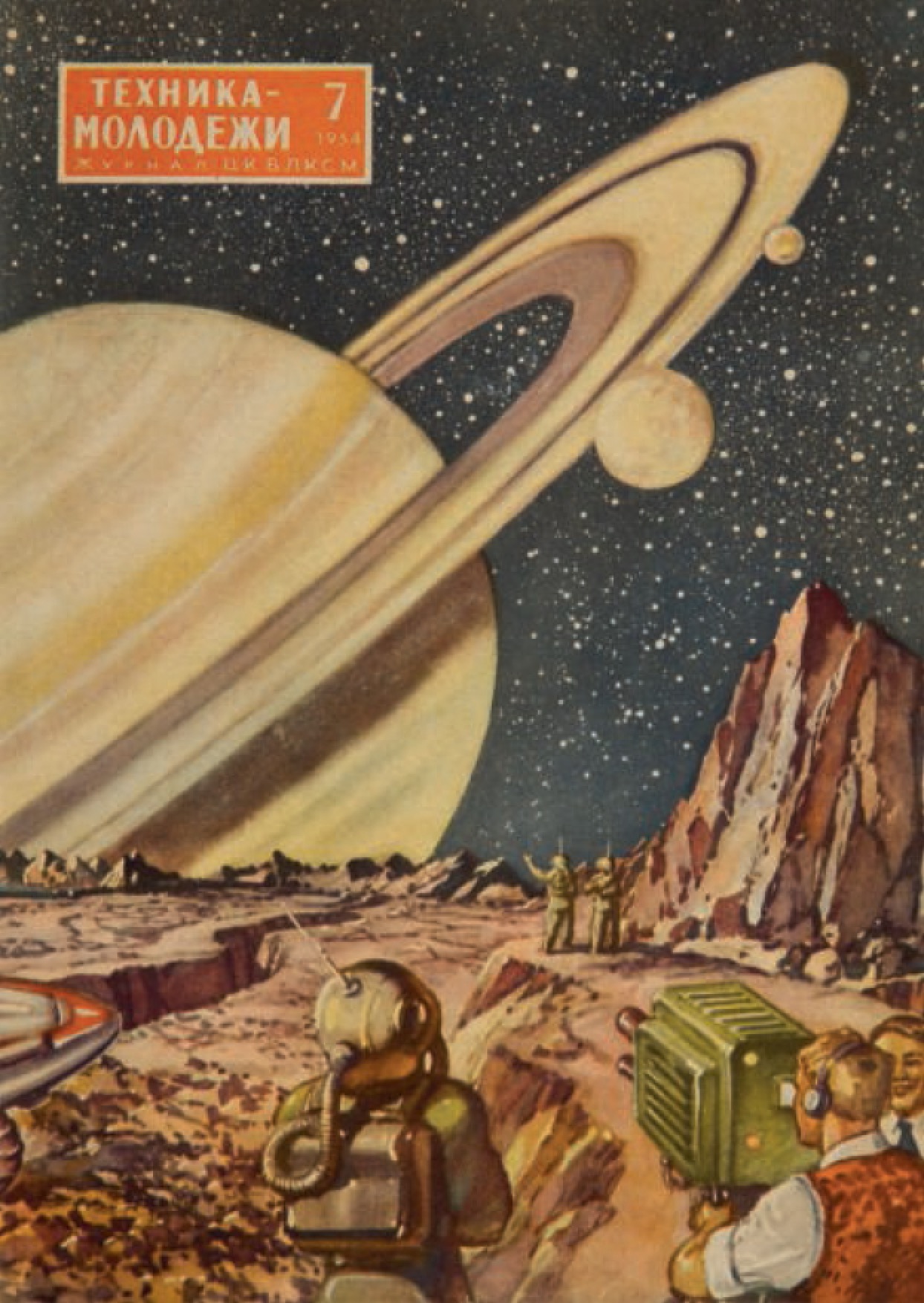 Technology for the Youth, issue 7, 1954, illustration by K. Artseulov and F. Rabiza.

Soviet citizens lived vicariously through the images created by the likes of Artseulov, Sokolov, Leonov and others and which they consumed in these space magazines. For the majority, it was the only way to experience the thrill of boundless discovery, and to embrace the potential of science to lift a nation beyond so many years of struggle. 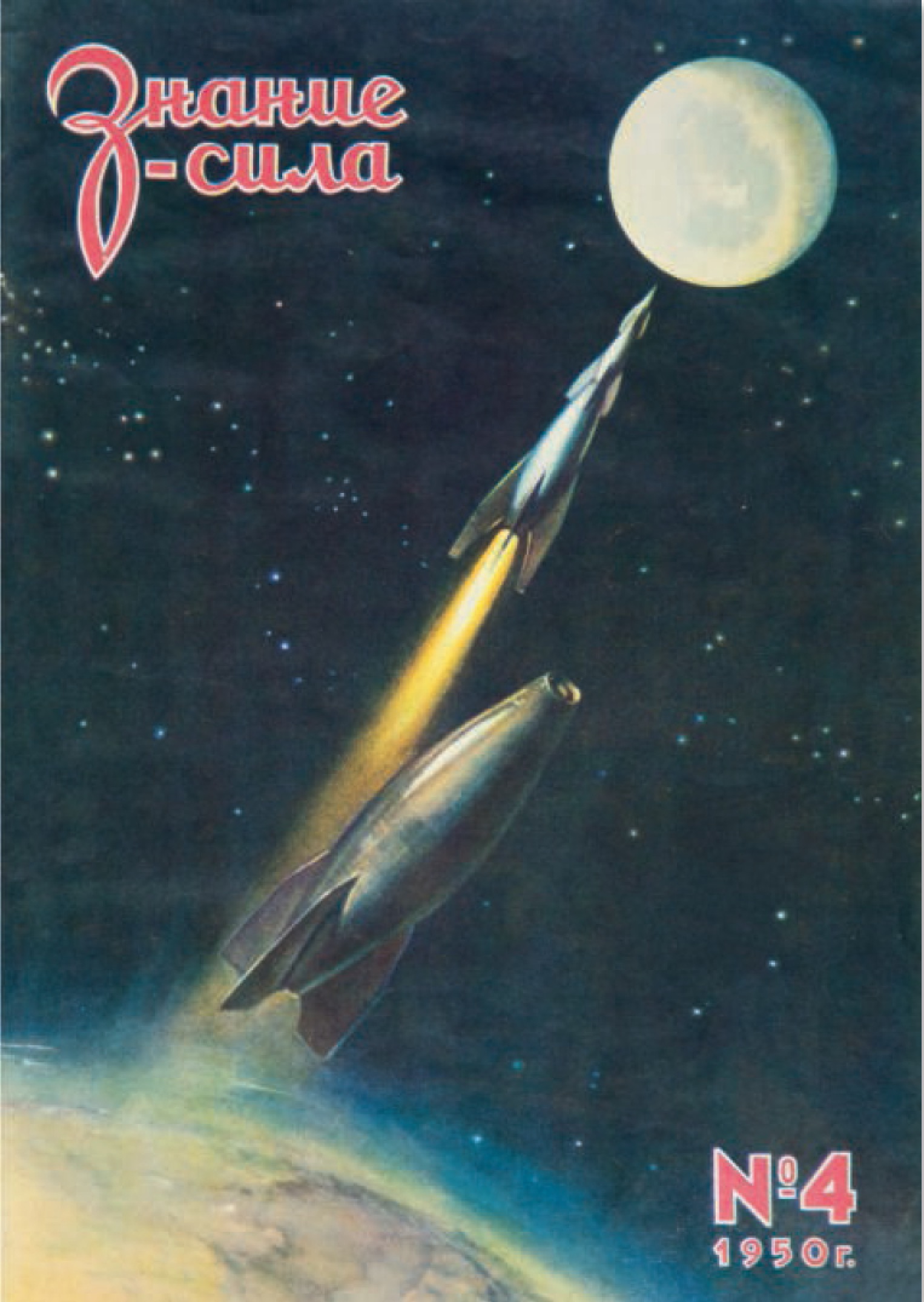 Knowledge is Power, issue 4, 1950, illustration by K. Artseulov for the article ‘Road to the Stars’, detailing the work of legendary Russian rocket scientist Konstantin Tsiolkovsky.

To enter into the world of space travel as a scientist, inventor or cosmonaut was considered among the highest professional achievements – and this aspiration was perpetuated through the magazines that everyone read.

In reviewing their surreal and sublime images today, we're transported back to a time of great optimism and boundless discovery. Vivid with colour and imbued with Communist sentiment, the magazines really did showcase the boldest of ideas from the truest of talent. Something we can all take inspiration from -  and hopefully a little optimism too. Keep up at the back! 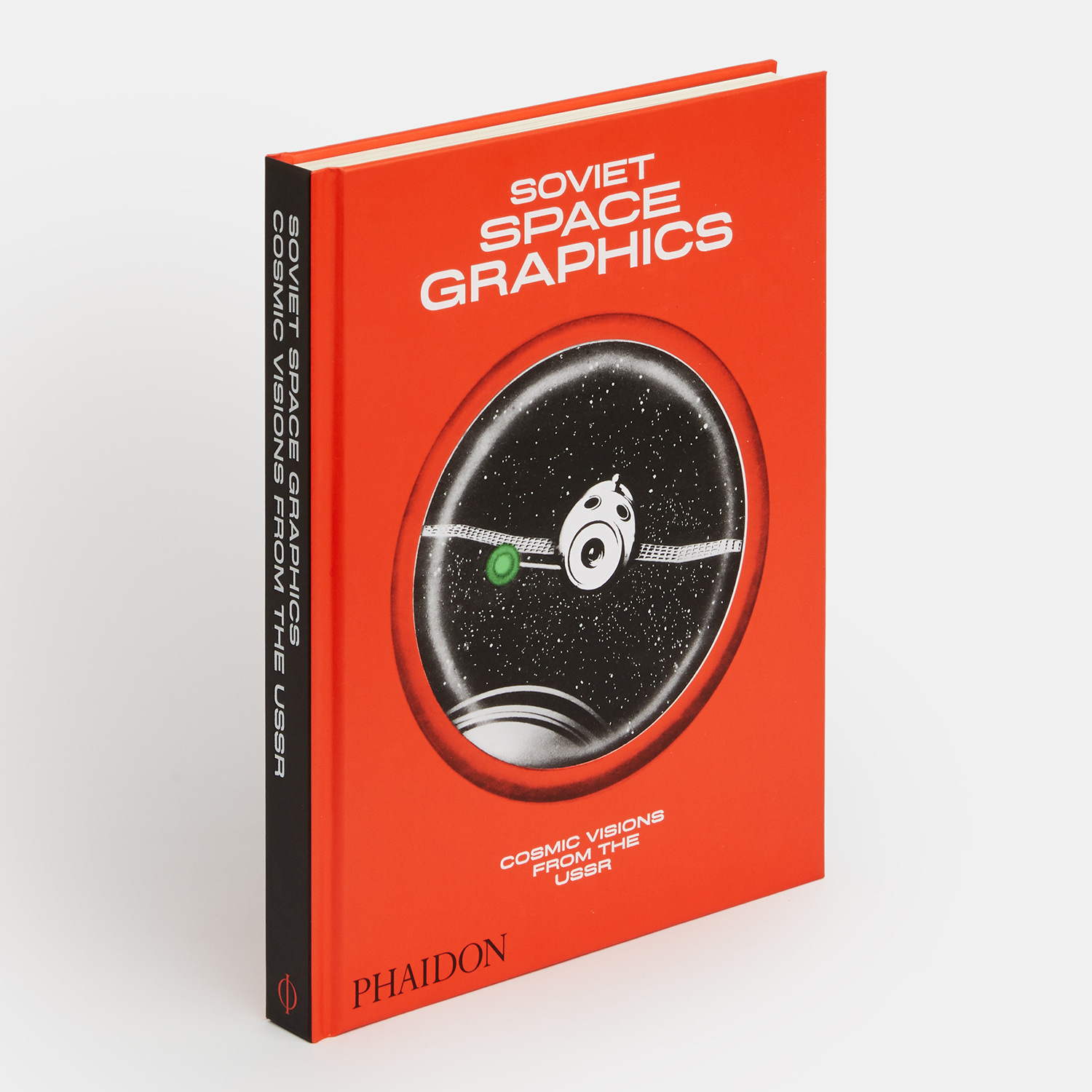 To see more works such as these, and to better understand the artistic side of the Soviet Space Race order a copy of Soviet Space Graphics: Cosmic Visions of the USSR here. This otherworldly collection of Soviet space-race graphics takes readers on a cosmic adventure through Cold War-era Russia. The 250-plus extraordinary images featured, were a vital tool for the promotion of state ideology. Soviet Space Graphics unlocks the door to the creative inner workings of the USSR.