The artist and the French President both agree on Europe, even if Eliasson sees room for healthy disagreement

The French President Emmanuel Macron visited Denmark last week, in an attempt to strengthen ties between the two countries as he pushes for greater integration between European countries. President Macron went straight to the top, of course, meeting with Queen Margrethe II, and Prime Minister Lars Loekke Rasmussen.

Yet, he also found time to speak to one of Europe’s leading cultural figures, Olafur Eliasson. Though the artist is best known for his expansive, experiential art works, such as his 2003 Tate Modern installation the Weather Project and his 2008 site-specific piece, New York City Waterfalls, he has also turned his hand to architecture and urban planning, creating, a ship-themed pedestrian bridge, Cirkelbroen, in the Danish capital in 2015. 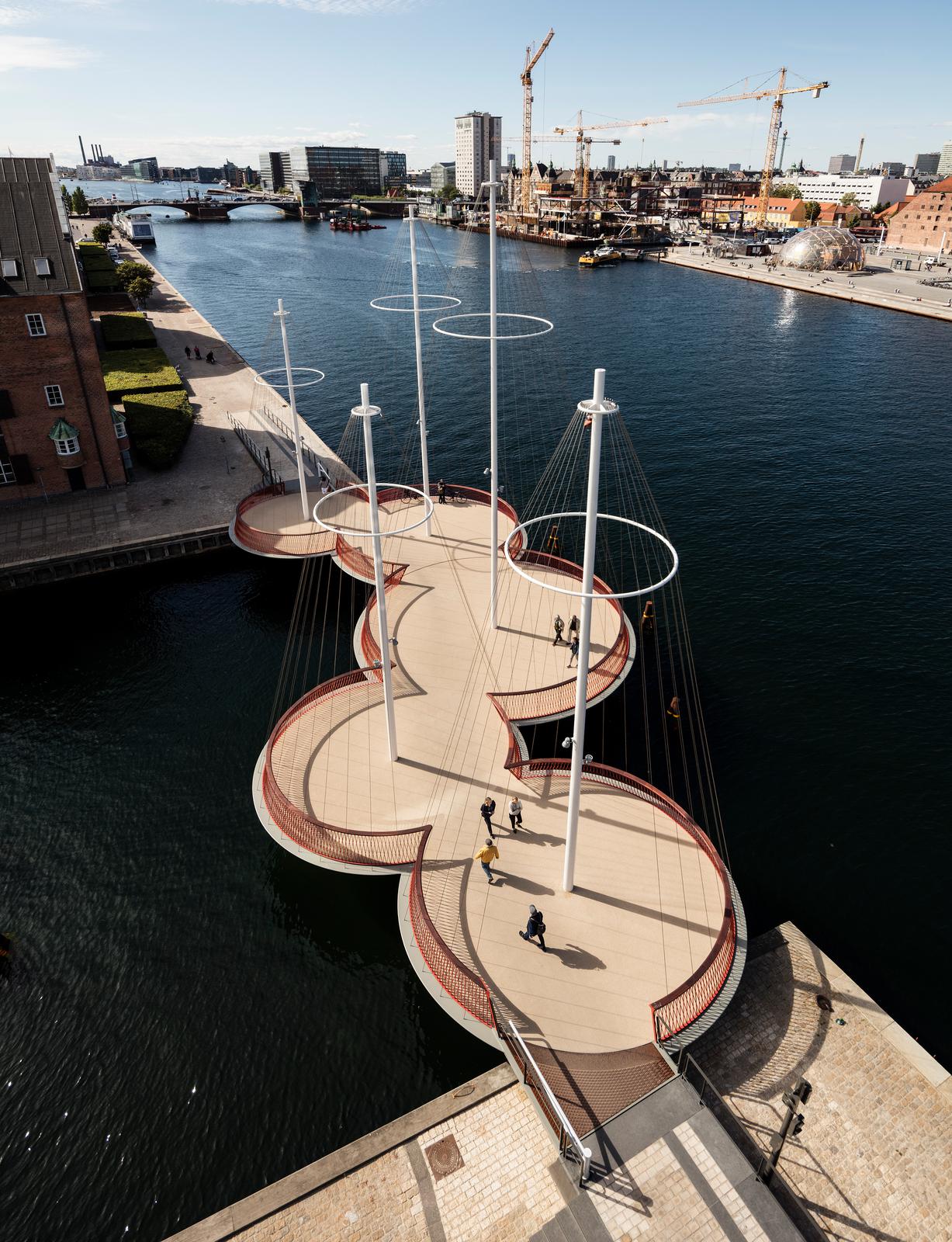 Macron met Eliasson beside Cirkelbroen to discuss the artist’s ideas about city life and planning, and he certainly found a willing participant in Macron’s European project, albeit one who welcomes a little bit of disagreement.

"As a resident of Copenhagen and of Berlin, I am Danish, Icelandic, and German – but before that, I feel European and connected to the world,” Eliasson explained on Instagram. “It is encouraging to see a politician recognize the importance and power of culture and to believe so strongly in the European project, as I do. In my opinion the potential of culture lies in how it brings us together in a shared space, in which disagreement is not only OK, but is in fact welcome and essential. For me, it is a question of transcending nationalist divisions and of expanding our inner sense of ‘we’.”

To find out more about Eliasson’s all-encompassing approach to art, life and the human experience, order a copy of Olafur Eliasson: Experience here.