Death, rebirth and y fronts - the classical hunk has inspired ancient and modern artists in many different ways

Many men take great pleasure in being compared to Adonis, the handsome youth of Greek myth. However, few of them might know that his story is far from a happy one.

"Adonis was the product of an incestuous union," explains our new book, Flying Too Close to the Sun. "His mother tricked her own father into bed – and yet the boy turned into a youth of exceptional beauty and chaste virtue.

"While he was a baby, Aphrodite caught sight of him. Accidentally grazed by the tip of one of Eros’ arrows, she was infected by a deep and debilitating love. Aphrodite had a premonition that Adonis would come to harm while hunting and warned him against pursuing wild beasts." Adonis did die in Aphrodite's arms following a hunting accident, though as he lay dying "the goddess sprinkled his blood with nectar, and from this sprang the short-lived anemone flower. Adonis came to symbolize the decay and resurrection of nature."

Adonis in Y fronts (1963) by Richard Hamilton  (top)____ Britain's pioneering pop artist seems less interested in mythological accuracy and more in high commerce in this pictue. "Adonis in Y fronts took its title in reference to a pop song by the American singer Jimmy Clanton, ‘Venus in Blue Jeans’" explains our book. "Richard Hamilton was a leading proponent, if not the originator, of Pop art in Britain, and his work wryly addressed the rising consumer and lifestyle culture emanating from the United States. This is a print of a painting, one of a four-part series entitled Towards a definitive statement on the coming trends in menswear and accessories (1962–3), which explores the construction of masculinity and gender ideals through contemporary 1960s fashion." 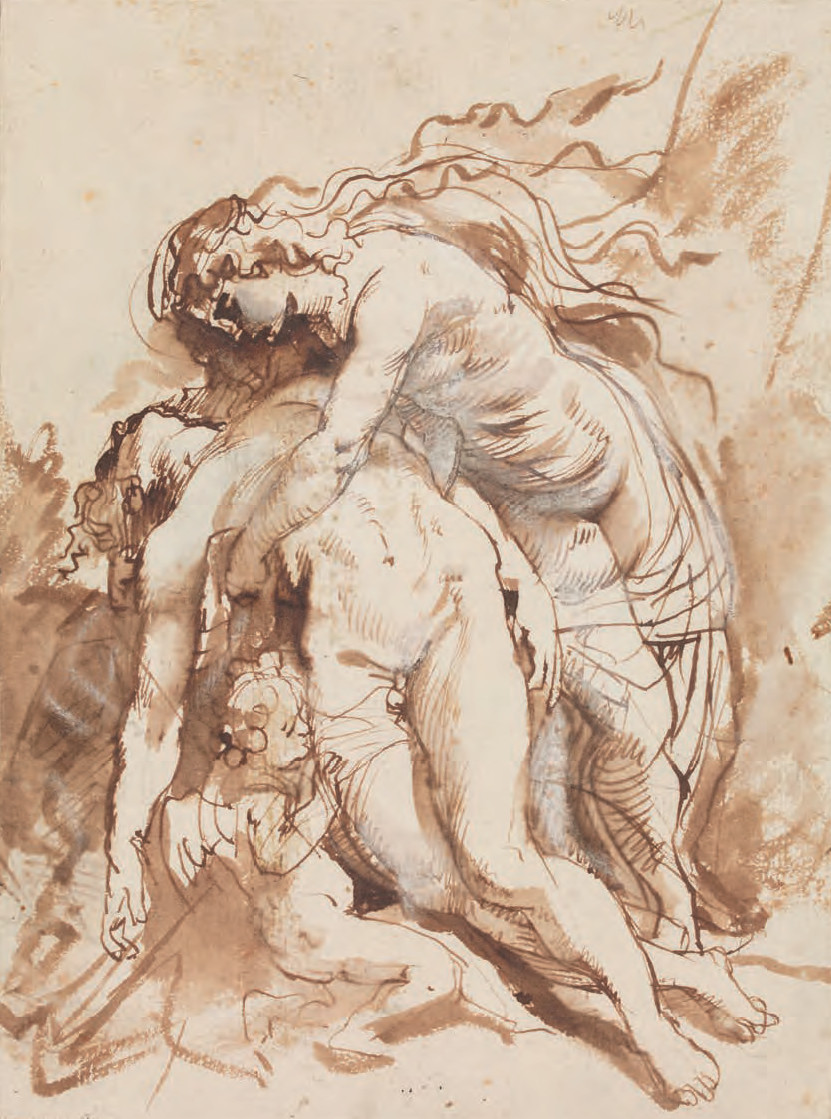 Venus Lamenting over the Dead Adonis (1592‒1640) by Peter Paul Rubens Rather than dwell on his life, the Flemish master chose to emphasise his death and rebirth. "Rubens shows Venus as she throws herself across the hunter’s prone corpse, her arms supporting his dead weight. The repeated curved lines of the goddess’ hair emphasize her downwards motion as an expression of abject grief. Below the wilting, limp body of Adonis is Cupid, who tries to help his mother keep the body upright.

"Quick lines describe a landscape, which alludes to the second part of thestory. Where Adonis’ blood speckles the ground, it  fertilizes the earth, causing anemones to grow. The tragic love story was a popular subject for works of art at this time, in which the figure of Adonis could be made to represent masculine action while Venus potrayed the contrasting feminine qualities of sympathy and sentimentality." 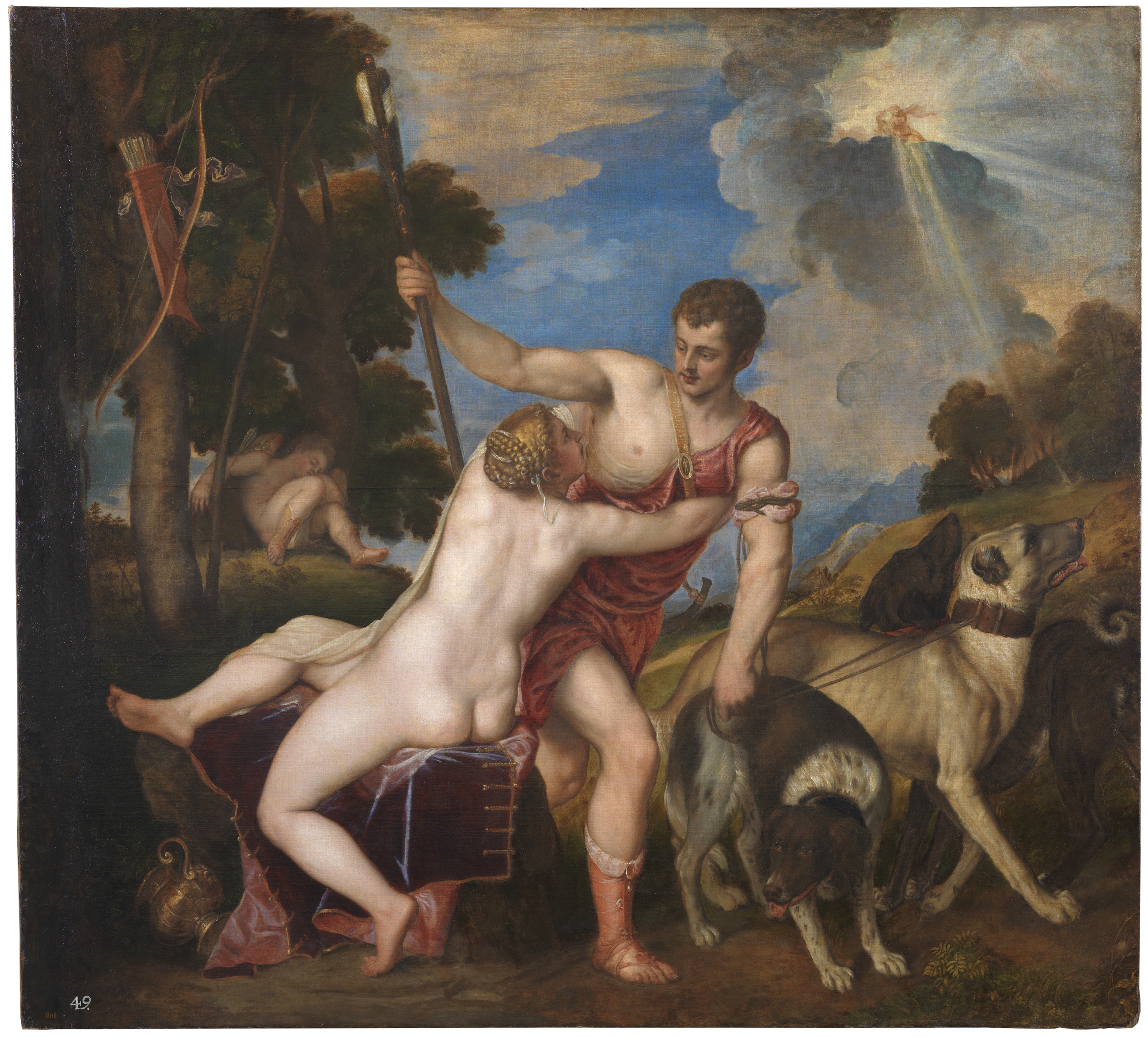 Venus and Adonis (1554) by Titian Though he sticks more closely to the story in this painting, the Italian 16th century painter still deviates from the most popular version of Adonis's tale. "In Ovid’s version, it is Venus who leaves Adonis, yoking her swans and returning to her heavenly realm," explains our book; yet in this painting, it is Adonis who is leaving.

There are, however, other classical references in Titian's canvas."Titian borrowed his poses from ancient Roman sculpture. The figure of Adonis is based on one from a Roman sarcophagus, while Venus is modelled on a famous relief carving of Psyche discovering Cupid." 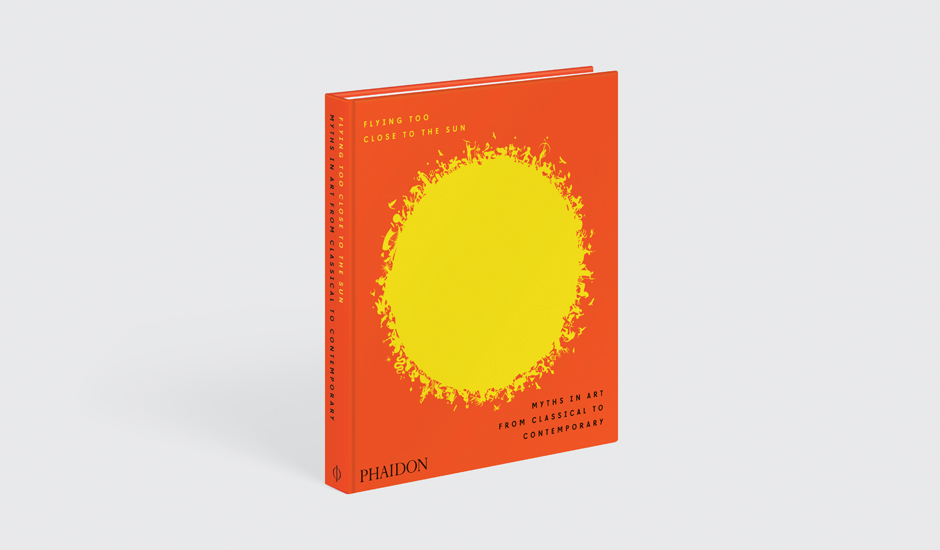 For more artistic insight into the classical world, order a copy of Flying Too Close to the Sun here.