The mythical man-bull has always served artists well, even into an age of gender reassignment

When it comes to stories, often the old ones are the best. Or rather, the stories that survive millennia, survive for a reason. “This book shows how myth is (and always was) a mirror image of life in the present, as much as a leap into the imaginary past,” explains the writer and critic James Cahill in the introduction to our new book, Flying Too Close to the Sun: Myths in Art from Classical to Contemporary. “The idea of storytelling as a conduit to truth is an explicit theme of ancient literature.”

Nowhere is this truth in story telling more explicit than in the tale of the Minotaur, “half-man and half-bull, who was born out of a Cretan queen’s seething passion for a bull” writes Cahill. While Cahill doesn’t subscribe to the literal interpretation of tales such as the Minotaur – some believe the myth is based on a real bull, or a man so ferocious as to seem like a bull – he nevertheless recognises how this extreme, wild, subterranean embodiment of violence and masculinity has served a variety of artists well, over the years.

Minotaur in Love with a Female Centaur (1933) by Pablo Picasso (top) Picasso didn’t try to retell the Minotaur’s story, but instead incorporated the figure into many of his more bestial, priapic works, such as this one (above), from the early 1930s. “Critics often identify the Minotaur with Picasso himself during a turbulent period of his own love life,” explains the book, “but while this may contain an element of truth, the symbolic force of images such as this one goes beyond the personal, alluding to the savagery that lies just beneath the surface of civilized life, as well as to the mounting political tensions of the 1930s.” 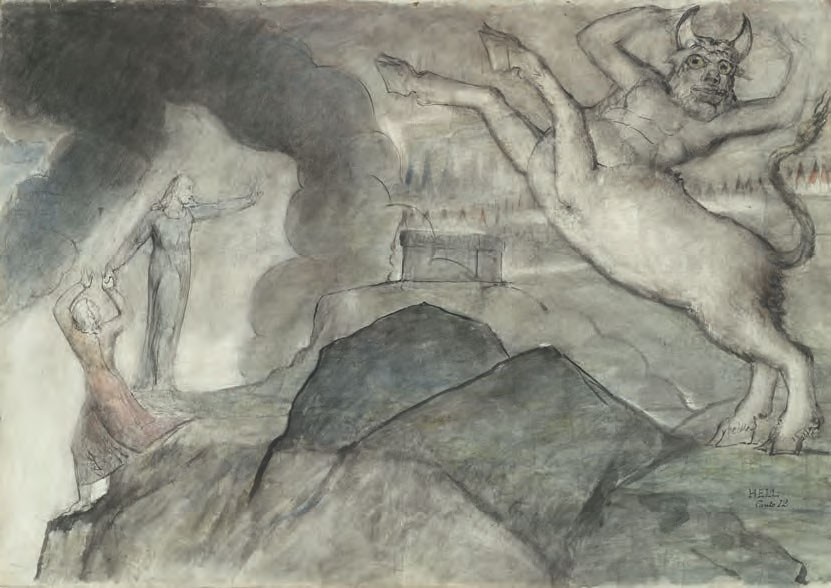 The Minotaur (1824–7) by William Blake The British artist, poet and religious visionary William Blake produced intensely personal, fantastical works throughout his life, yet this didn’t prevent him from also taking on commercial commissions. In 1824, Blake was commissioned to illustrate Dante’s Divine Comedy. This painting, created shortly before Blake’s death, depicts the scene in which Dante and Virgil meet the monster who is guarding the seventh circle of hell, reserved for those damned for their violent natures.

“In Dante’s poem, Virgil taunts the Minotaur by reminding him of his slayer, the Athenian warrior Theseus,” explains our new book, “enraging the monster until it becomes so distracted that the two poets can pass.” 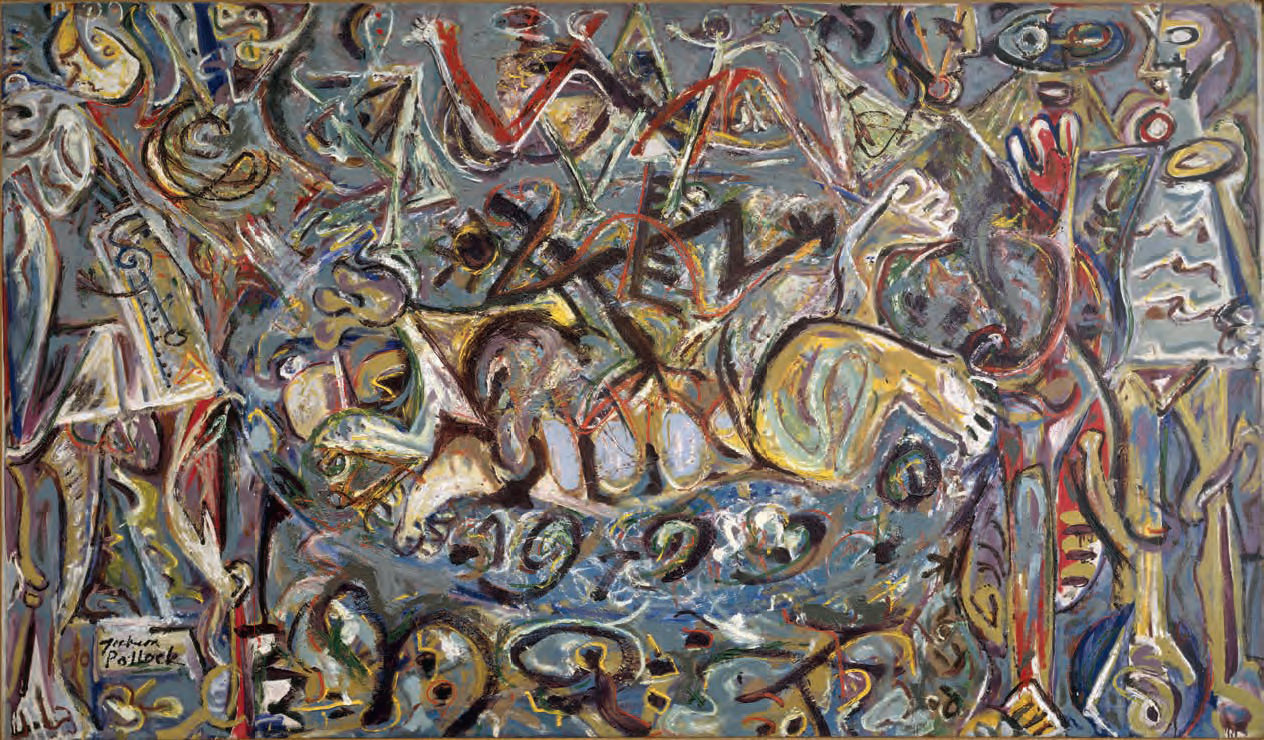 Pasiphaë (1943) by Jackson Pollock This early, large-scale work by Pollock was originally entitled Moby Dick. However, Pollock agreed to change its name prior to its exhibition, after James Johnson Sweeney, a curator at the Museum of Modern Art, retold the artist the story of the lusty, zoophilic mother of the Minotaur.

“Having been told the story, however, he was persuaded by its strange mix of eroticism and bestiality,” explains our book. “The fact that Pasiphaë was the mother of the Minotaur, a favourite motif of the Surrealists and a subject of fascination for Picasso, added to its resonance.”

Minotaur with Skull (2015) Mary Reid Kelley with Patrick Kelley How do you rework the bull-man for modern times? Give him a sex change. That’s the American artist-poet Mary Reid Kelley approach. “Made in collaboration with her partner, Patrick Kelley, in black and white, the work combines drawing, animation and live performance with a bawdy yet erudite narrative in rhyming verse and spoken word” explains our book. “The video opens with an annual volleyball match between rival church teams, in which the losers will be sacrificed to the Minotaur. In a labyrinth below the gymnasium, the cow-woman hybrid is depicted as a lonely, absurd figure who gets lost trying to find the lavatory. Deluded, she believes herself to be blessed with greatness and beauty and sees her victims’ obscene graffiti as admiring tributes.” Now, that’s surely a tale for today's audience. 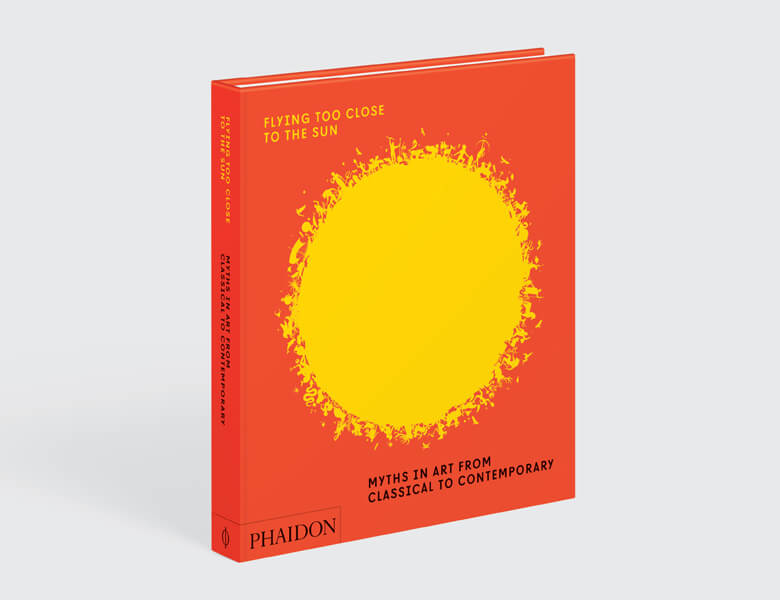 For more ancient and modern interpretations of classical myths, order a copy of Flying Too Close to the Sun here.