In an age of billionaire presidents and financial uncertainty, the king with a golden touch still speaks to us

We can all appreciate the pitfalls of avarice, yet we may not know just how the original lover of money, King Midas, got his golden touch. "Dionysos was roaming the countryside with his band of drunken followers, and managed to lose his elderly stepfather, Silenus," explains James Cahill in our new book of fine art inspired by classical myths, Flying too Close to the Sun. "The old man was found and brought to Midas’ court. The king entertained him with a 10-day feast before returning him to Dionysos. In return, the god granted Midas the right to choose any power he desired. Midas asked that anything he touched might turn to gold. As Midas tried to eat, his mouth filled with wafers of metal, and as he drank, molten gold streamed into his throat." Here's how artists old and new have found inspiration in the King's predicament.

Midas Washing at the Source of the Pactolus (1624) by Nicolas Poussin (top) Poussin's painting tells the lesser-known, happier end to the Midas story. Plagued by his golden touch, the king begged Dionysos to rid him of the gift he had received. "To do so, Dionysos instructed him to wash in the river Pactolus," explains our book. "In Poussin’s painting, the king seems to prostrate himself before the god, his face wracked with regret. A light-hearted note is struck by the putti [chubby children] at the bottom, who tussle over water jugs in a comic imitation of the serious narrative taking place behind them." 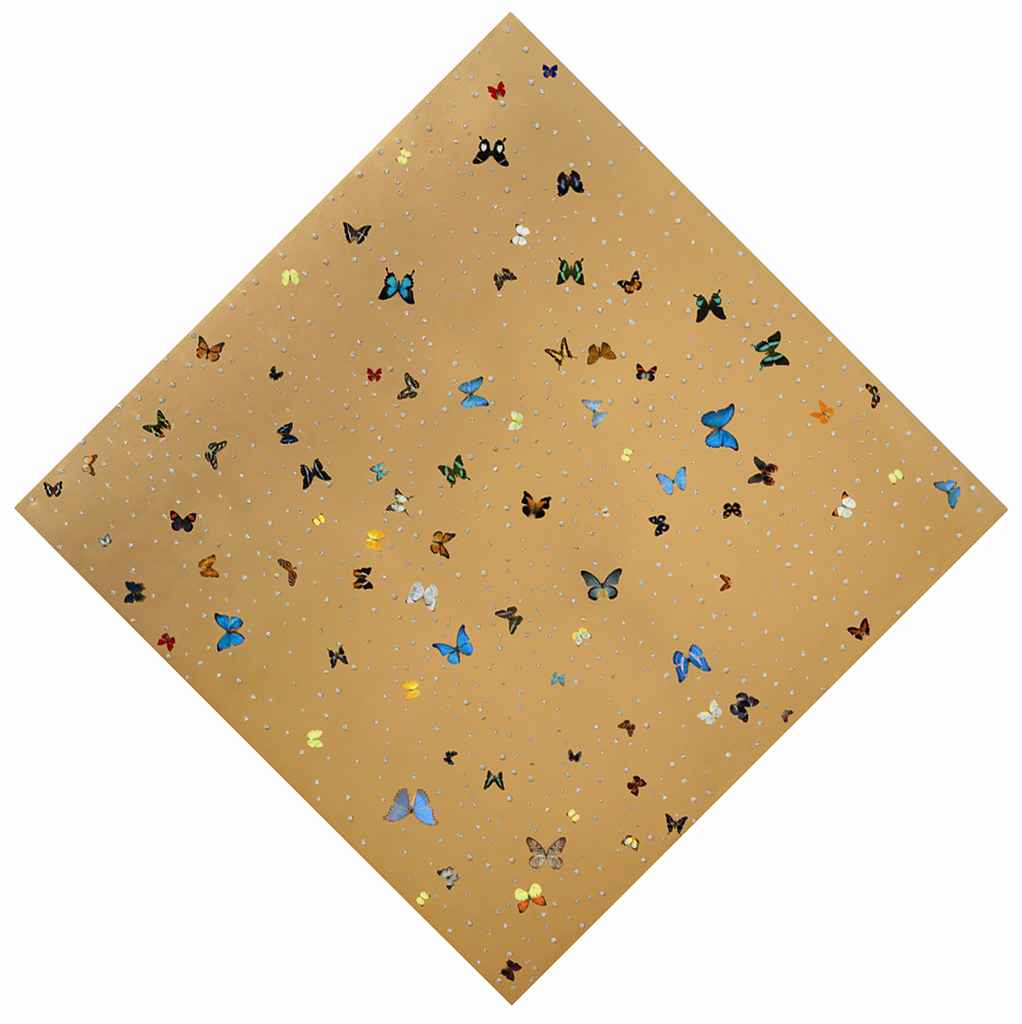 Midas and the Infinite (2008) by Damien Hirst

Midas and the Infinite (2008) by Damien Hirst Though the title explicitly refers to the classical myth, the date of the piece – both the year of the global financial crisis and the artist's own, huge, highly successful, direct-to-market auction at Sotheby’s, ‘Beautiful Inside My Head Forever' – anchor the work in today's money markets too.

"The use of a gold background at an art-market apogee for the artist, as well as the title, both allude to the ever-present possibility of tragedy among the vanity of riches," explains our new book. "The monumental scale and gilded appearance also evoke Christian altarpieces, the focal points of prayer and ritual in religious establishments. The work is therefore remarkable among the abundance of butterfly paintings in the artist’s output for its elision of Greek myth, Christian sanctity, death and real-world financial collapse." 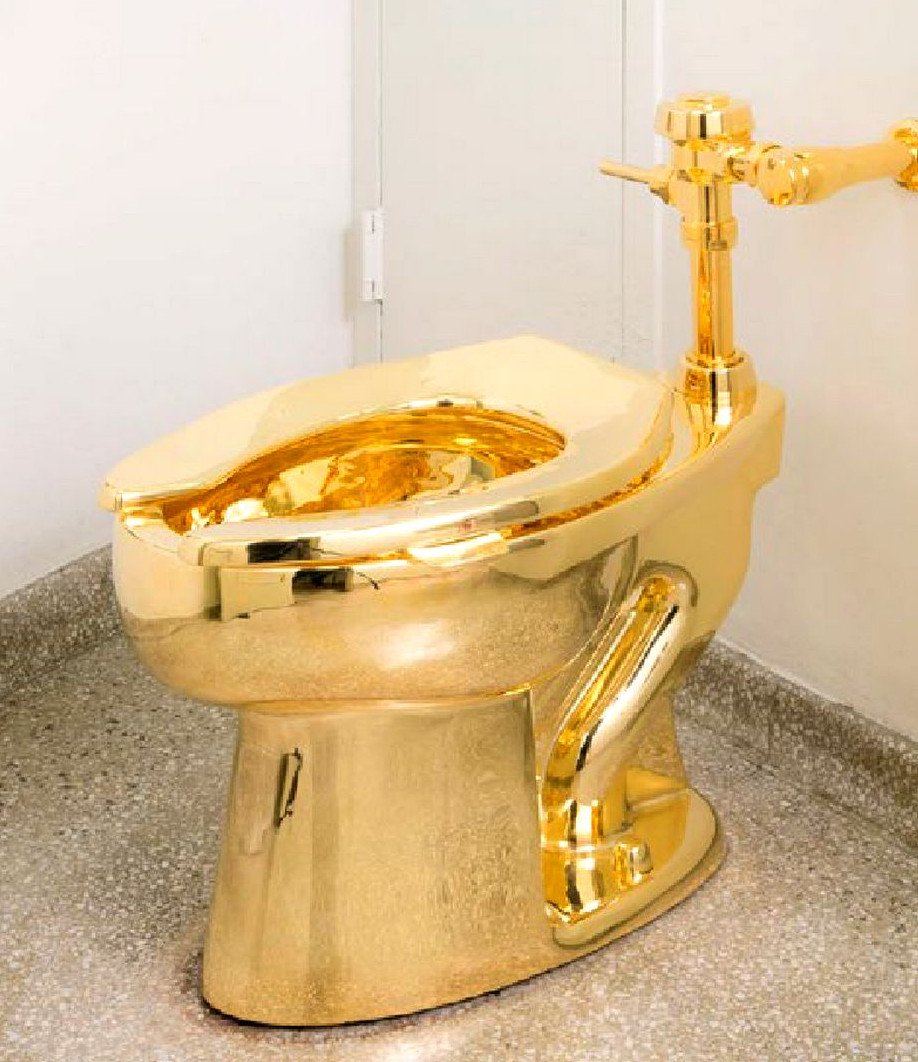 America (2016) by Maurizio Cattelan Could this piece – a fully working gold lavatory, installed in the Guggenheim in New York - allude to a contemporary money-mad head of state? Our book suggests so. "Conceived in 2015, the year Donald Trump announced his bid for the United States presidency, the work was installed shortly before the successful conclusion of his election campaign. A man known for gilded real estate and golden fixtures, the work tangentially suggests Trump as a latter-day Midas while also making a strongly democratic gesture, affording the public an intimate experience that emphasizes the common humanity of our biology." 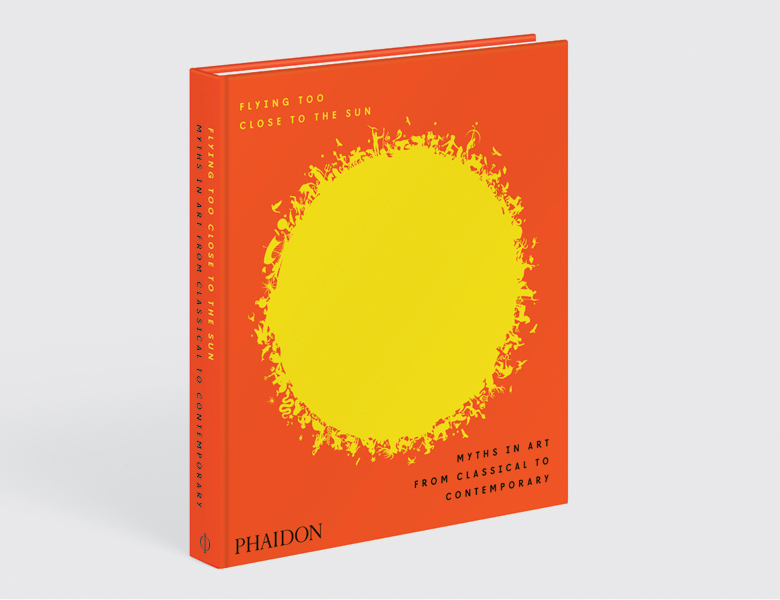 For more modern art based on ancient myths, and lots more besides, order a copy of Flying Too Close to the Sun here.