Much of what I know, or, more accurately, nearly everything I believe about Andy Warhol was written or said by others long before I had my eighteenth birthday in the Fall of 1973,” writes Kerry James Marshall in our new book dedicated to the artist.

Marshall celebrates his 62nd birthday today, and has long been an ardent Andy fan. However, getting to know and like Warhol was not always easy, especially for an ambitious black teenager in early Seventies South Central Los Angeles.

“My icons in 1971 were Angela Davis, not Marilyn Monroe; Gloria Smith, the second Miss Black America, not Elizabeth Taylor; James Brown, not Elvis Presley,” explains Marshall in our new Contemporary Artist Series book created with him. 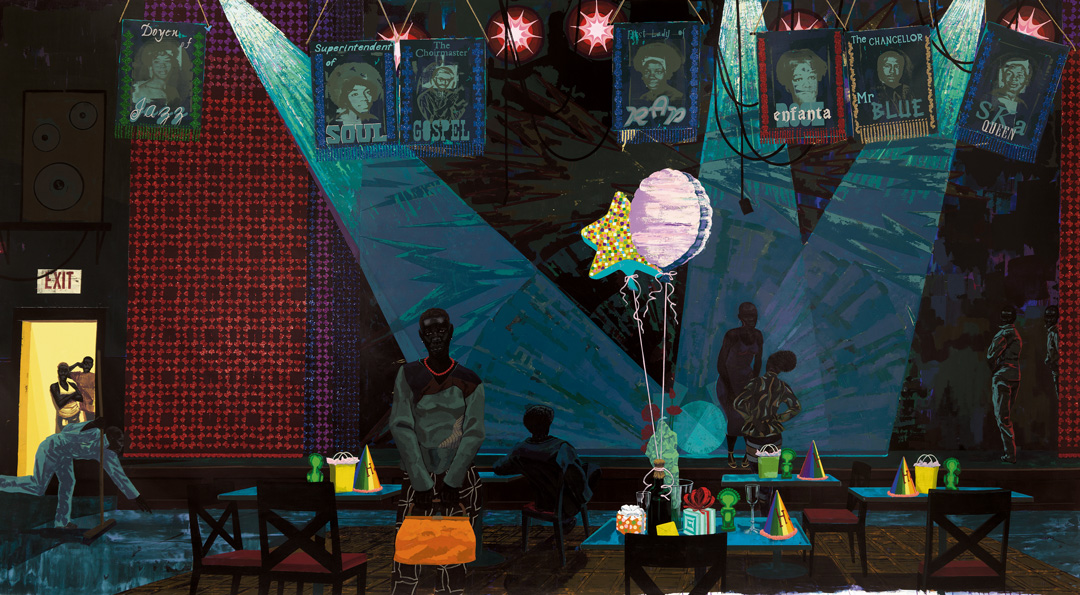 These weren’t the only aspects that initially put Marshall off. Warhol was a bone-fide celebrity at a time when artists rarely cultivated a public image. As Marshall recalls, “In his 1969 book ‘Late Modern: The Visual Arts since 1945’, the British art historian Edward Lucie-Smith, wrote, ‘The most controversial, as well as the most famous of all American Pop artists is Andy Warhol. The kind of notoriety he enjoys is like that accorded a famous actor or film star.’ To my mind, artists were never supposed to have that kind of public profile.”

Warhol was rich, white, and appeared to celebrate the kind of vapid capitalism that had catapulted him to such heights, when many within the civil rights community were working to counter a system of skin-deep values and beliefs.

“While Andy was saying, ‘I want to be a machine’, black folk were struggling to assert their basic humanness,” explains Marshall. “‘I AM A MAN’, said the striking Memphis sanitation workers in 1968. ‘If you want to know all about Andy Warhol, just look at the surface: of my paintings and films and me, and there I am. There’s nothing behind it’. This posture was, and I would argue still is, existentially inconceivable for most black people even in the twenty-first century.” 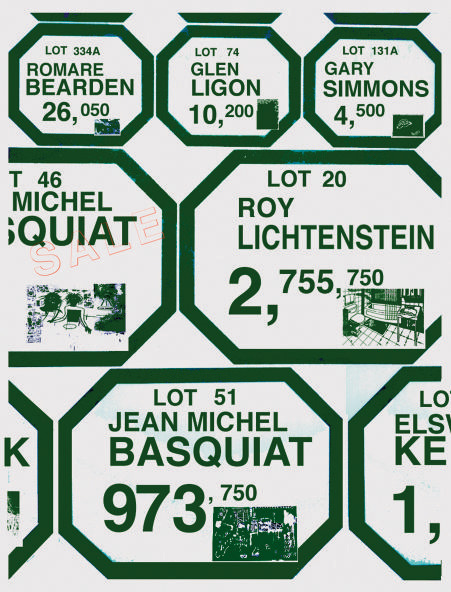 For these reasons, Marshall remained indifferent to Warhol for years. Later in life, as a mature artist, Marshall saw Andy as “a little overexposed” he writes. “Everything about him was just too social, too theatrical, and too frivolous for my taste. His works were ubiquitous at every art fair. The sheer volume, as well as the repetition, is deadening, while the prices are sensational. It is impossible to ignore the astronomical, and ever-climbing sums collectors, and speculators pay for his pictures.”

Indeed, Marshall only really changed his view of Warhol a few years ago, when the Arts Club of Chicago asked him to say a few words about Warhol’s Shadows series. Then Marshall looked back at the crazy white-haired pop artist, and realised that Warhol’s incredible determination was quite a work in itself.

Elsewhere in our book, Kerry James Marshall writes a letter to a young artist, opening the address with this piece of advice: “You should have grandiose ideas about your future success. No one with small ambitions and vague goals ever amounted to much in this game.” 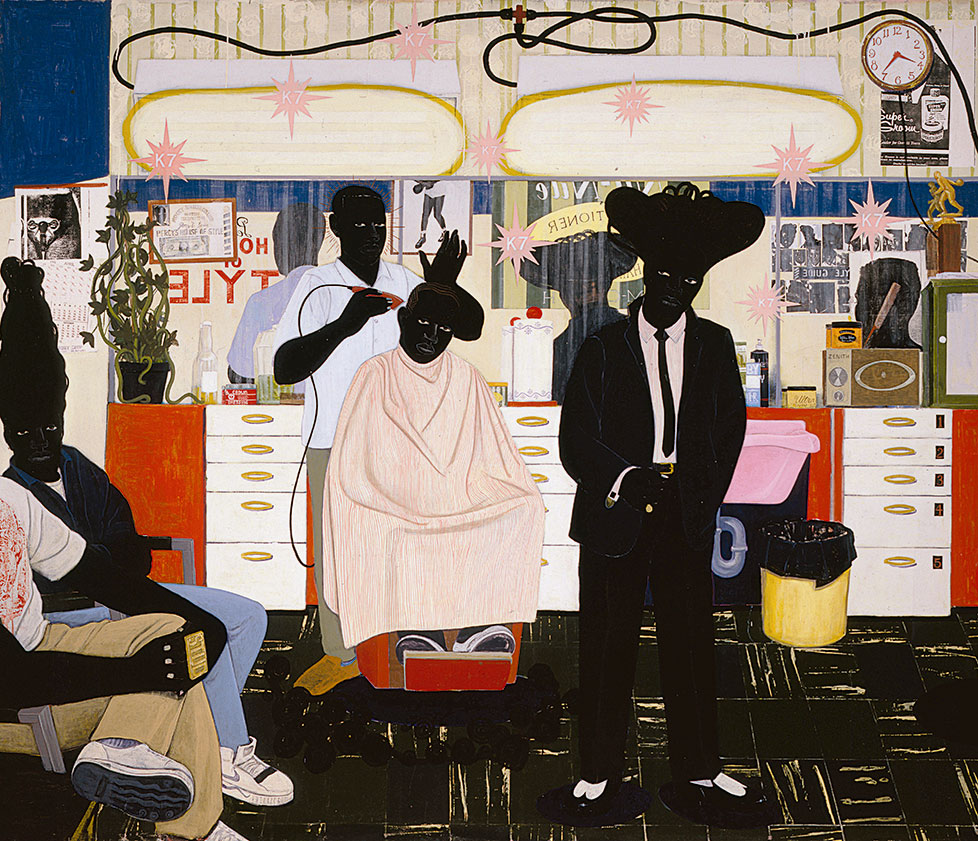 That is exactly what Marshall learned to love about Warhol; and presumably, it was something he could have picked up on much earlier, if only he had muscled passed the art star’s sheen. But hey, sometimes it takes a birthday to make you reassess things.

”What impresses me most is Andy’s ambition,” explains Marshall, before going on to quote the artist. “When I saw Roy Lichtenstein’s comic strip paintings, I knew they were much better than mine. I realised I had to go in another direction, a direction in which I would come out first’.

"That is such a beautiful statement, pure poetry for the soul. That’s my Warhol, and I would happily sign up to be a member of his A-team.” Happy birthday Kerry! 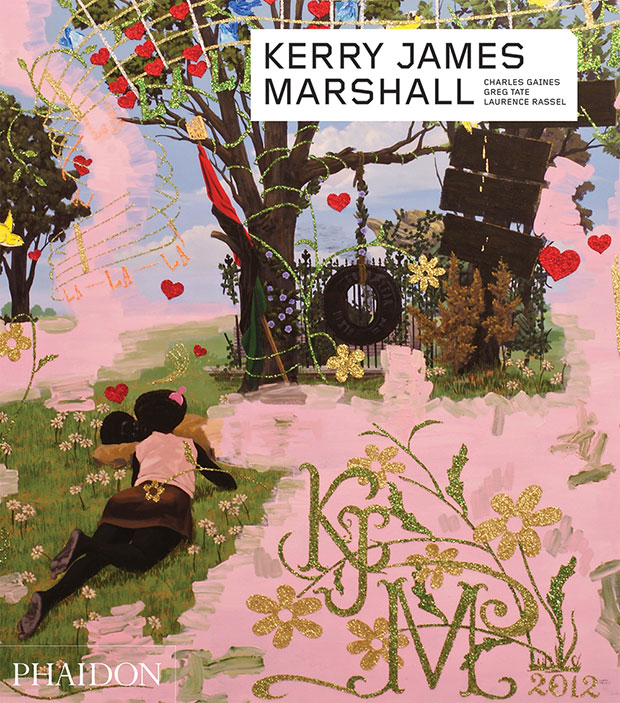 More on When Kerry James Marshall learned to love Warhol 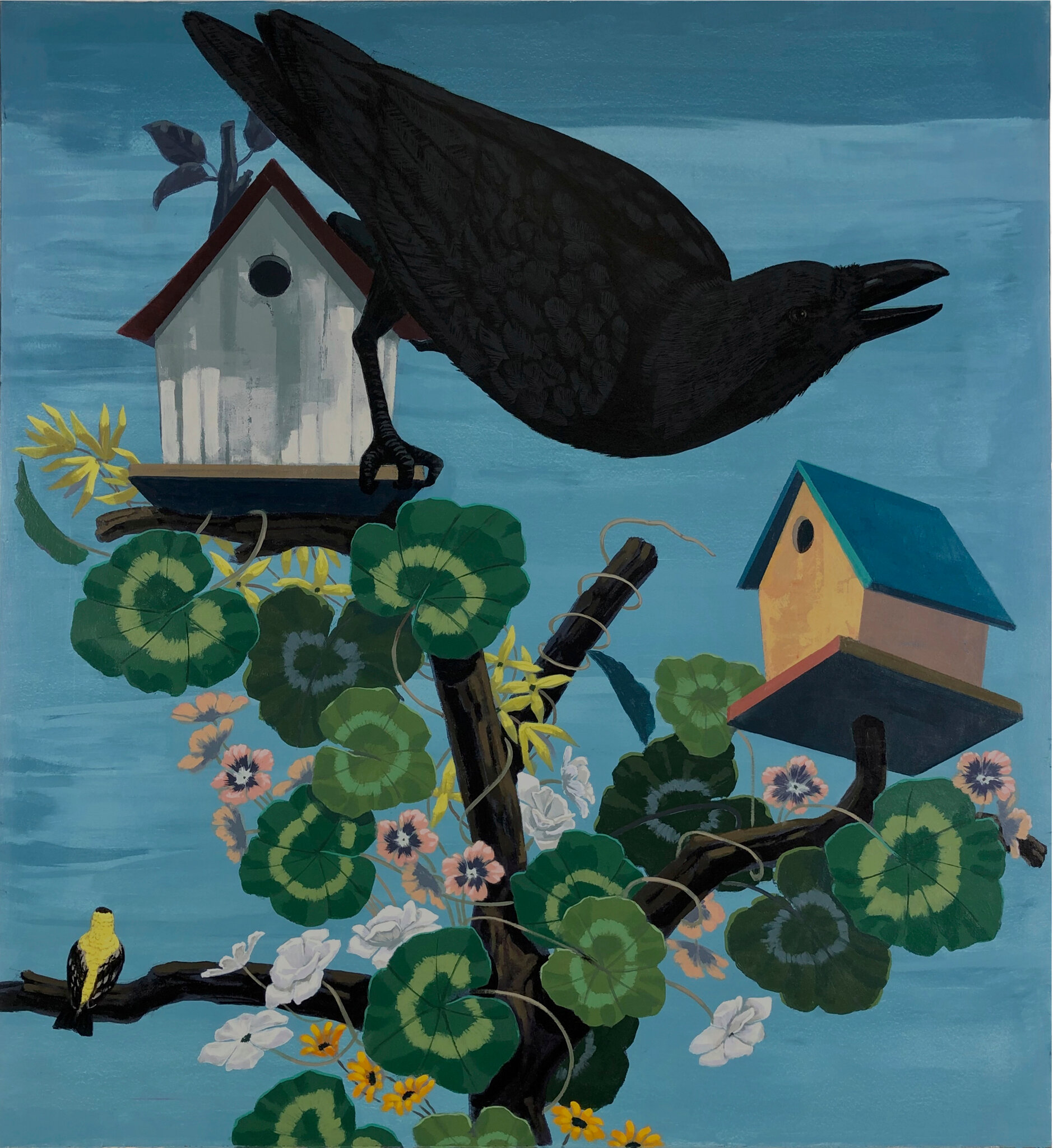 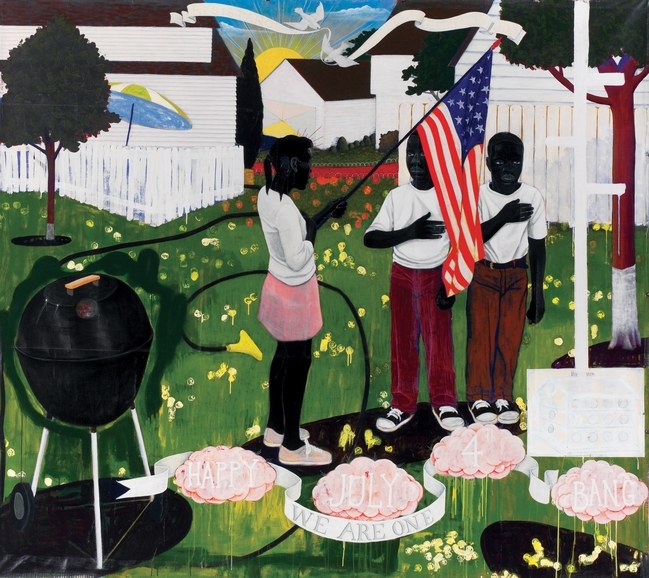 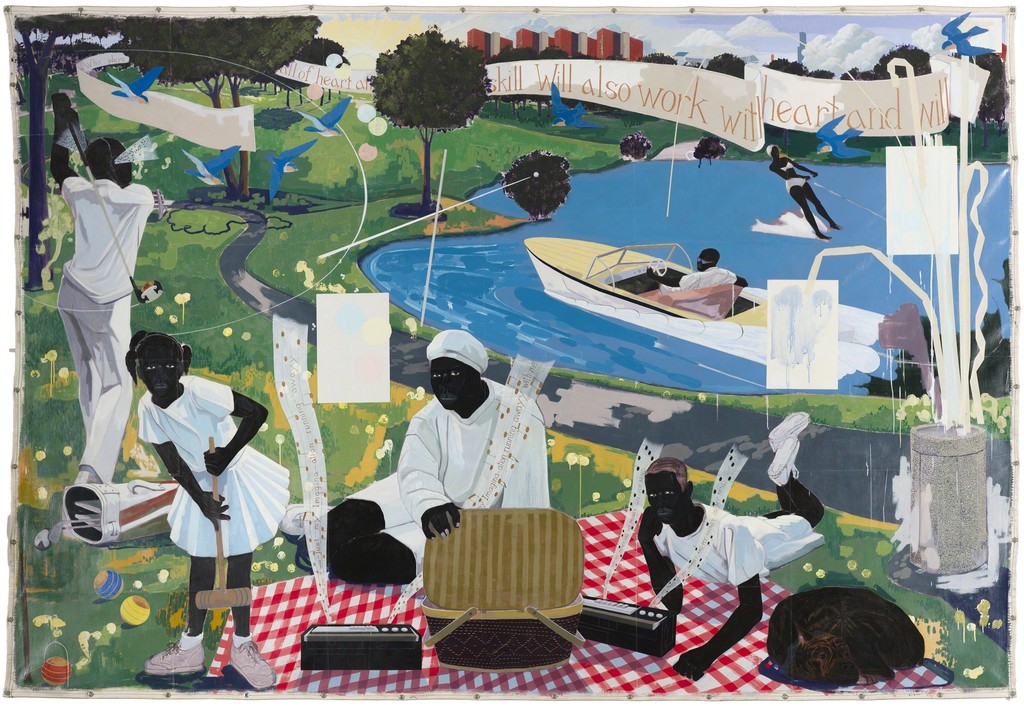 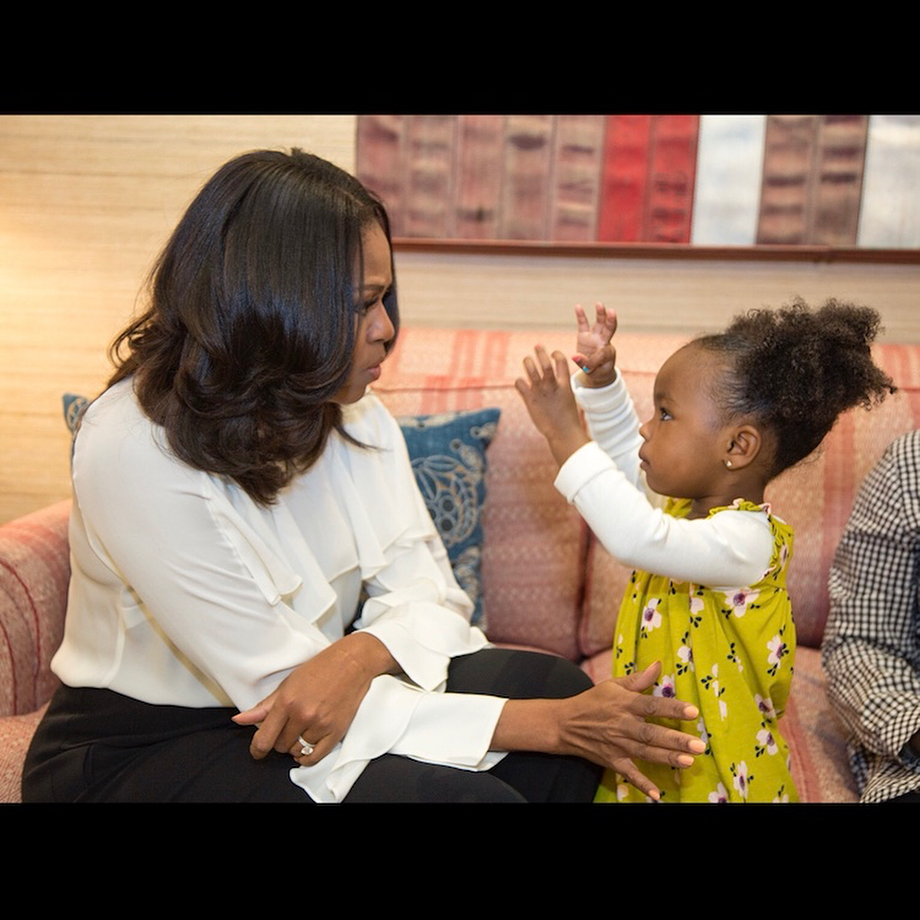 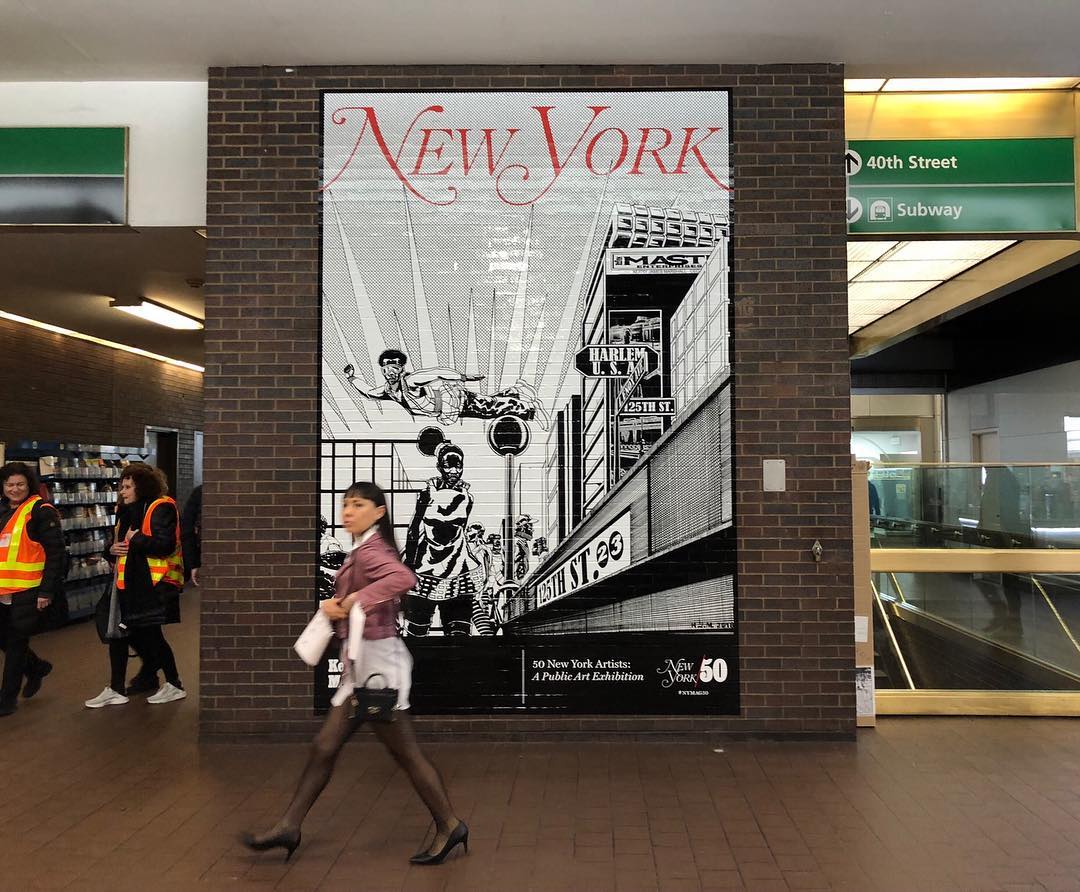 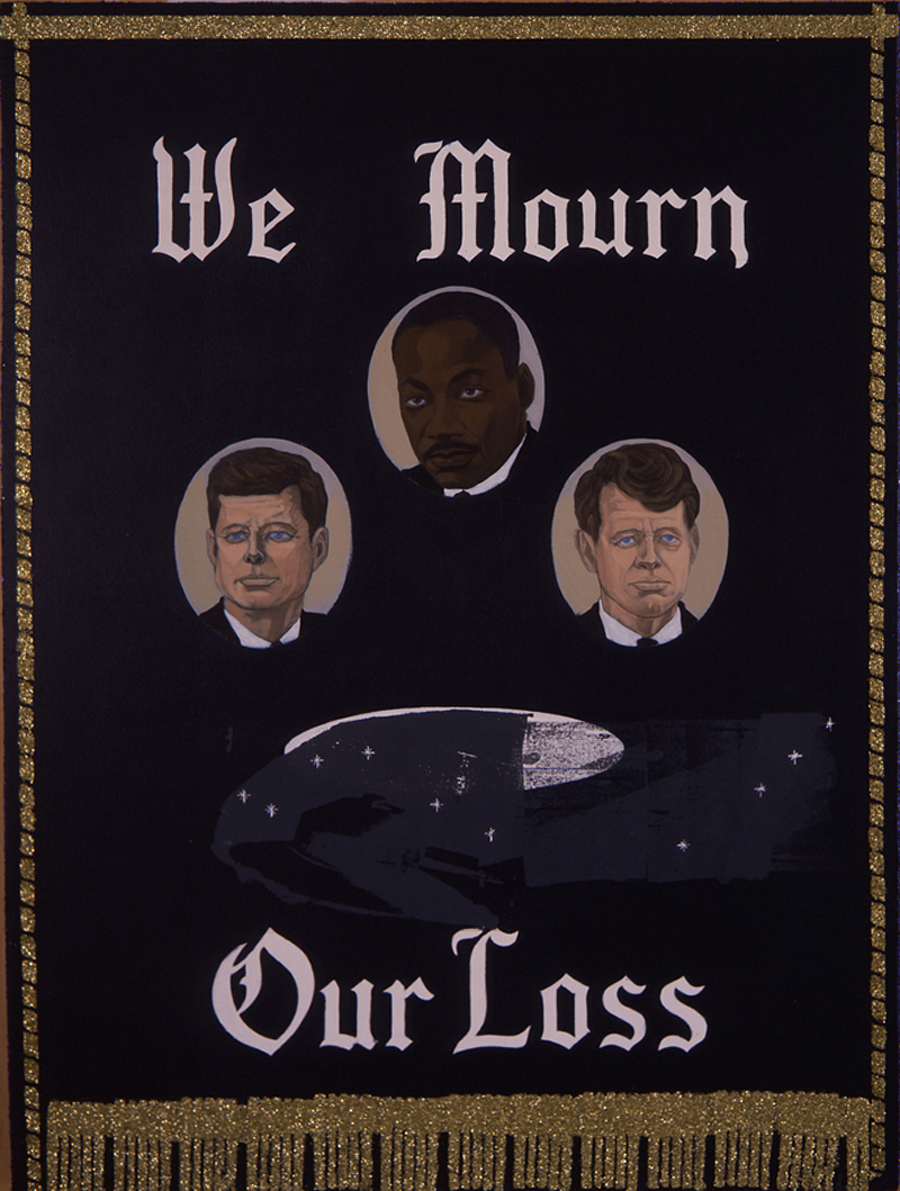 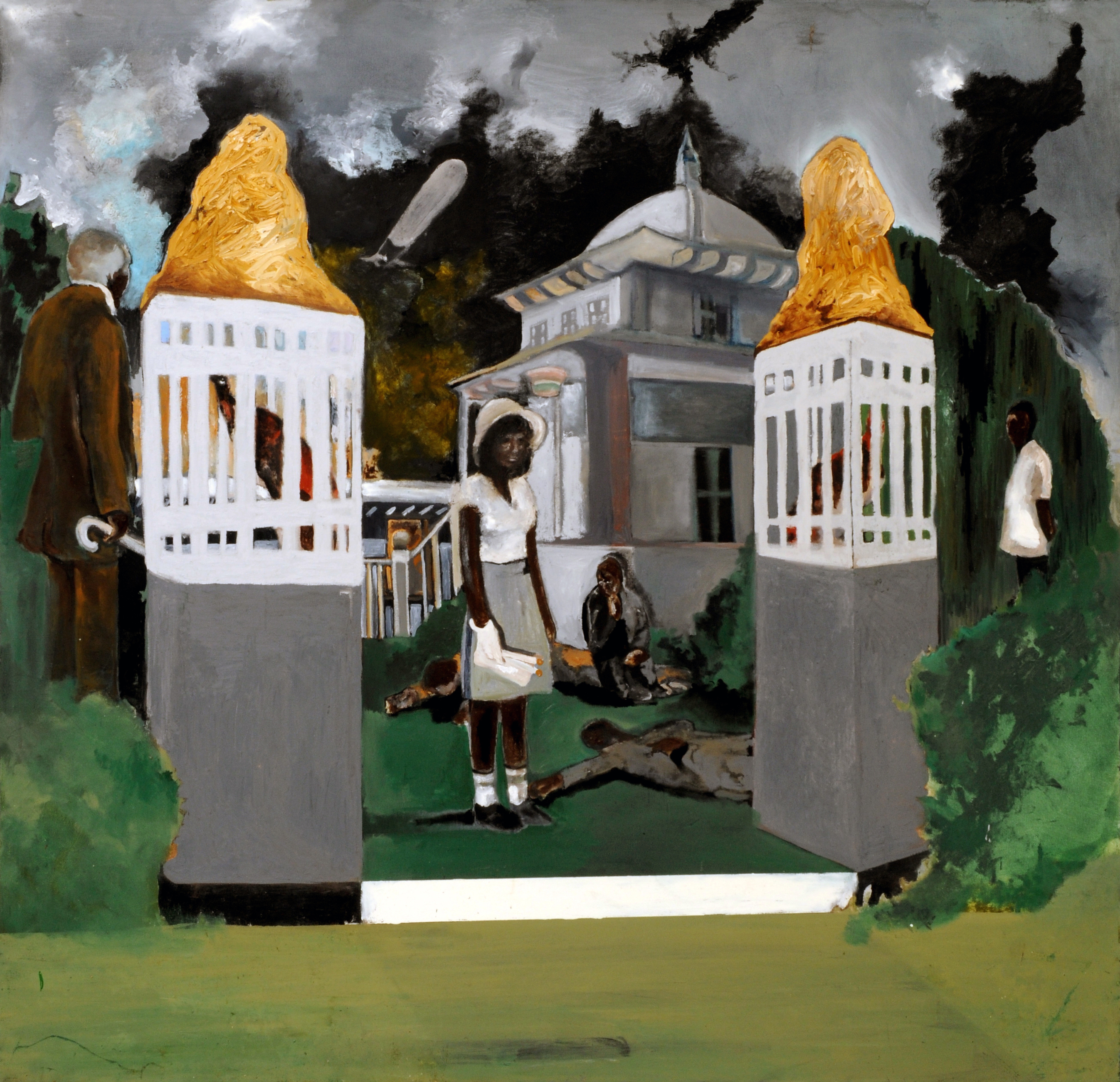 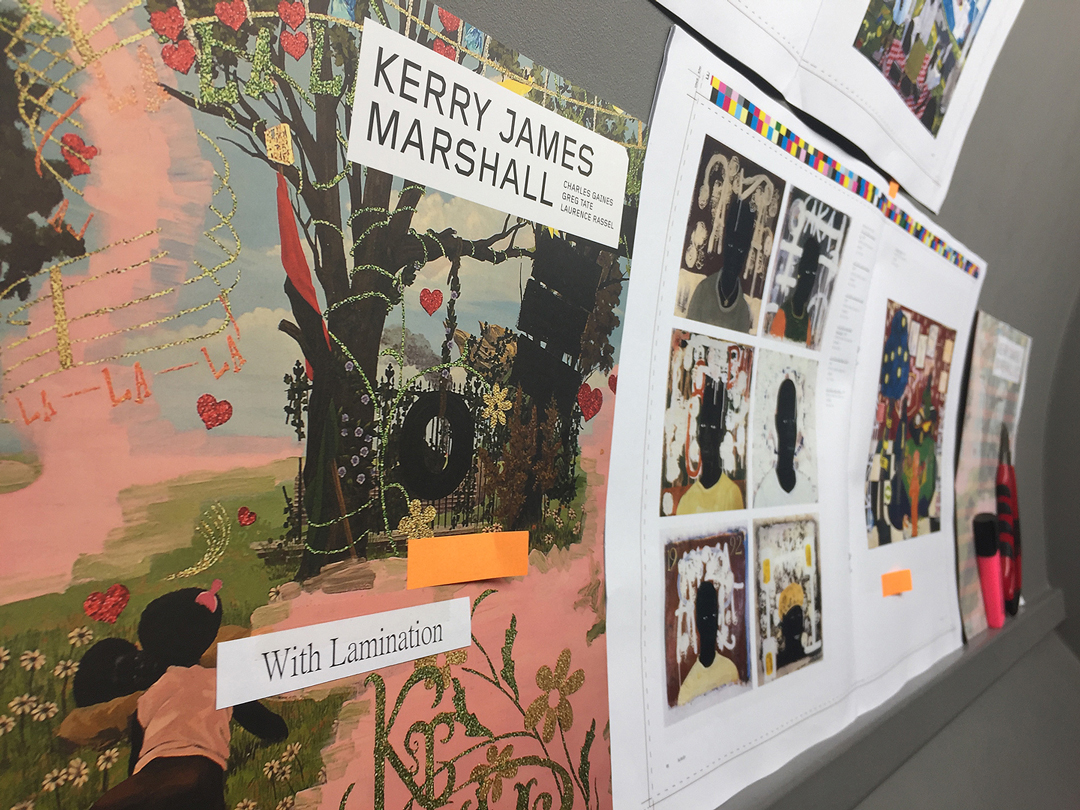