How would you describe Jean Jullien’s work? His gallerist Raphaël Cruyt quotes the artist himself in the introduction to Jullien’s new book, the artist’s most comprehensive monograph to date. “My work is about communicating the positive in things,” Jullien says, “making people smile, making them think, too, sometimes, I hope.”

Since graduating from London's Royal College of Art in 2010, this French artist has communicated that positivity in the widest array of ways imaginable, from children’s books to streetwear, to films, to magazine supplement covers and, of course, his widely followed Instagram account. Yet, perhaps the most challenging aspect of Jullien’s practice is the way in which he has combined his commercial, applied design work with a strong, gallery-based, fine art career.

To an outsider this might seem quite normal, but as Cruyt explains, “the world of fine art is as poles apart from the world of the applied arts as a baritone opera singer is from a rock star. The two scenes are entirely separate and don’t operate according to the same rules.”

Nevertheless, Jullien’s evocative, beautiful imagery has won out in both arenas. “In 2017 Jullien embarked on his fine art career by taking part in a group show at the MIMA museum in Brussels,” Cruyt explains. “Quick to learn the ropes in whatever he does, he followed this up in 2018 with exhibitions of his paintings in Europe, Asia, and the United States. During this endeavour, he found galleries—the Alice Gallery in Brussels, NANZUKA in Japan, the Chandran Gallery in San Francisco, and Galerie Slika in Lyon, France—with which he has built lasting relationships and through which he has been able to expand his knowledge. Today, five fruitful years of accumulated experience later, the development is palpable. All his powering away with pencils and graphite has fed into and enhanced his palette as a painter. His art will undoubtedly continue to evolve in the years to come, but it already displays some enduring characteristics.”

Jullien achieved all this while simultaneously satisfying editorial commissions, meeting book deadlines and working on clothing collaborations. In so doing, you might expect to see some coursening of his techniques, or some lessening of his joyous impulses. However, as Cruyt suggests, quite the opposite effect comes across in this new monograph. 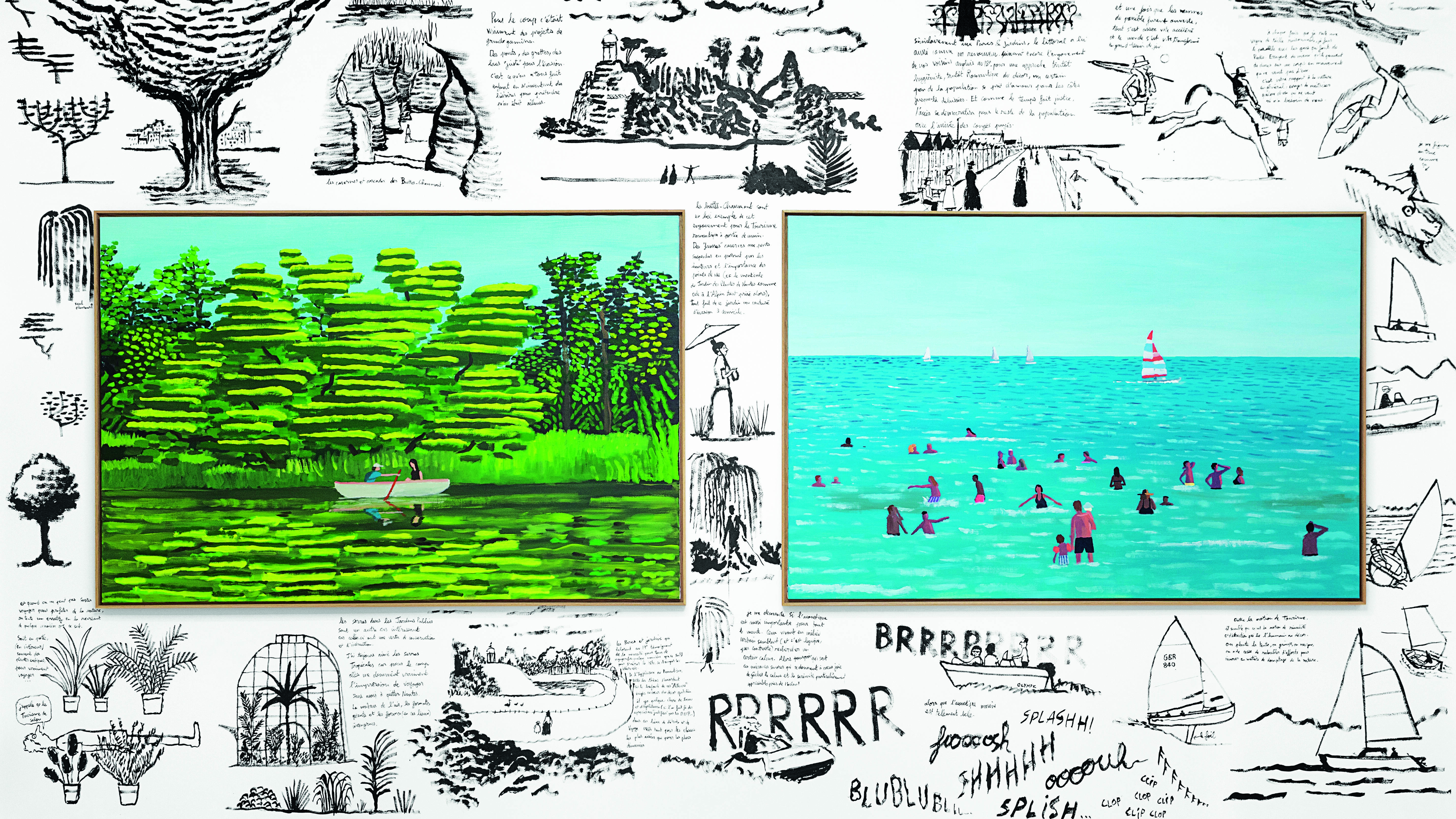 Leaf through the reproductions of the artist’s early sketchbooks and his later paintings – reproduced in this book alongside his equally charming commercial work – and that sense of hope and positivity seems to broaden and deepen, with echoes of bygone figures such as Matisse and Henry Rousseau, as well as contemporary artists including Jonas Wood and David Hockney.

“His paintings are intimate in tenor,” writes Cruyt. “The humour present in his illustrations has given way to something more meditative, and the images are ambiguous, with the blurred quality of a memory rather than the sharpness of a story. In terms of theme, his paintings, like his illustrations, take inspiration from a close observation of everyday life, with a particular focus on leisure and holidays. His seaside scenes typically feature the hazy sky characteristic of France’s Brittany coast and often follow the same kind of format. Broad brushstrokes strip the shapes of their complexity, as the reduced colour palette erases all singularities of the object and idealizes it. If you’ll excuse me, I’ll follow the boat metaphor by taking to the sea. The artist sails with confidence, the sole master of the ocean of acrylic shades left in the wake of his brush.” 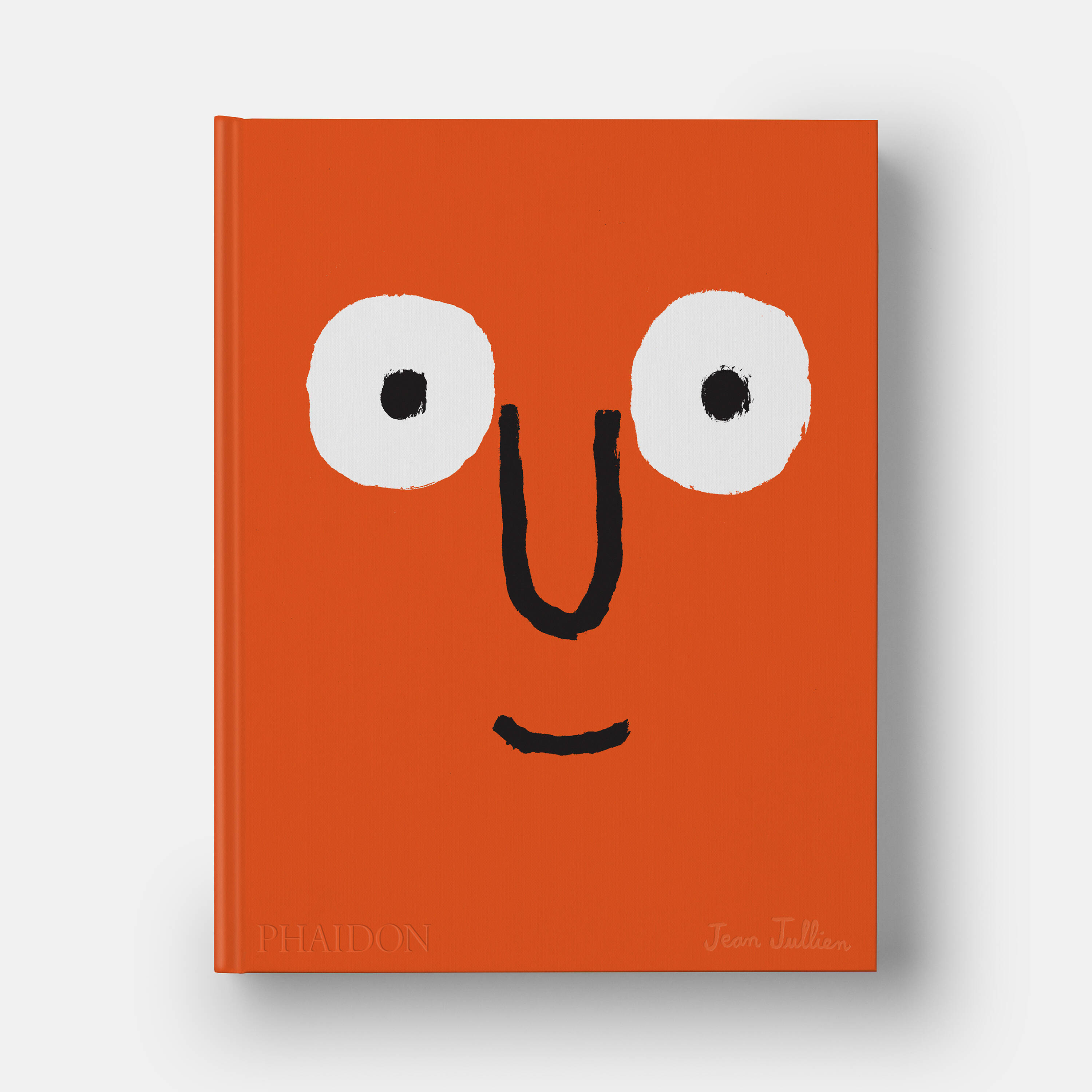 To better understand how and where Jean Jullien’s world meets the art world, [order a copy of our new monograph here.](https://www.phaidon.com/store/art/jean-jullien- Meanwhile, check back in the next few days for news of an exclusive Jean Jullien limited edition, coming very soon.

More on Jean Jullien in the art world