The palm tree isn’t native to New Jersey. But that didn’t stop the American architect Robert A.M. Stern from adding two fake ones to the pool house he built in Llewelyn Park, New Jersey, back in 1982.

The bright, fascinating addition to this grand suburban early 20th century home features in our new book Postmodern Architecture: Less is a Bore, and certainly makes for an entertaining place to swim. Yet bathers might not realize quite how many highbrow architectural references went into this bright little creation.

In a lecture delivered just before the pool house’s completion Stern – who was born in New York, studied at Yale and counts Philip Johnson as one of his early mentors – described how Egyptian influences had figured in his work at this time, especially as expressed in the Viennese Secession, which drew on architectural vocabulary during the 1900s.

His client also asked for a tennis court in the house’s grounds, which made Stern reach for the tennis-related designs British architect Edwin Lutyens used in New Delhi, a little over a century ago.

The main house had also been quite stuffy, with many small rooms used to accommodate servants. Stern opened the building up, following in the footsteps of modernists such as Le Corbusier, removing interior walls, and putting in supporting columns where necessary.

Two of these columns stretched down into the new pool house, which was located on the lower levels. Rather than leave these unadorned, Stern took in another old English design reference: the palm-like supporting columns British architect John Nash included in the kitchens of the late 18th century and early 19th century mock Indian palace, The Royal Pavilion, in Brighton, UK. 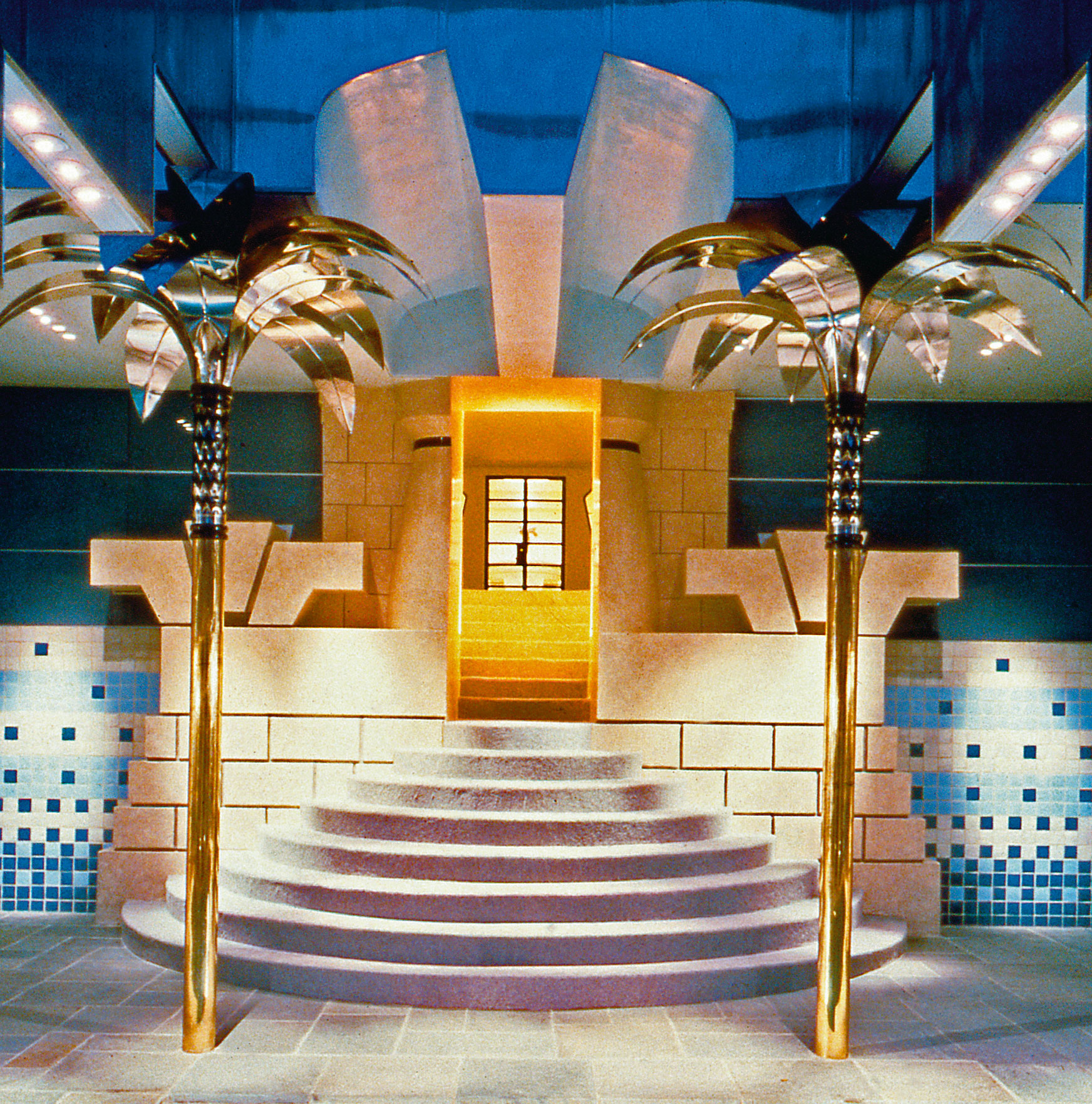 Stern fitted skylights too, as well as Hope’s windows, the high-grade steel fenestrations favoured by early modernist architects such as Frank Lloyd Wright and Richard Neutra.

Arch minimalists might recoil from all this ornamentation. Yet they couldn’t argue that Stern’s work isn’t a highbrow, considered creation, even if it does allow its users to enjoy simpler pleasures. After all, as the architect put it, even though you’re in the Jersey suburbs, “you can sit under a palm tree with lovely warm sunlight coming in.” 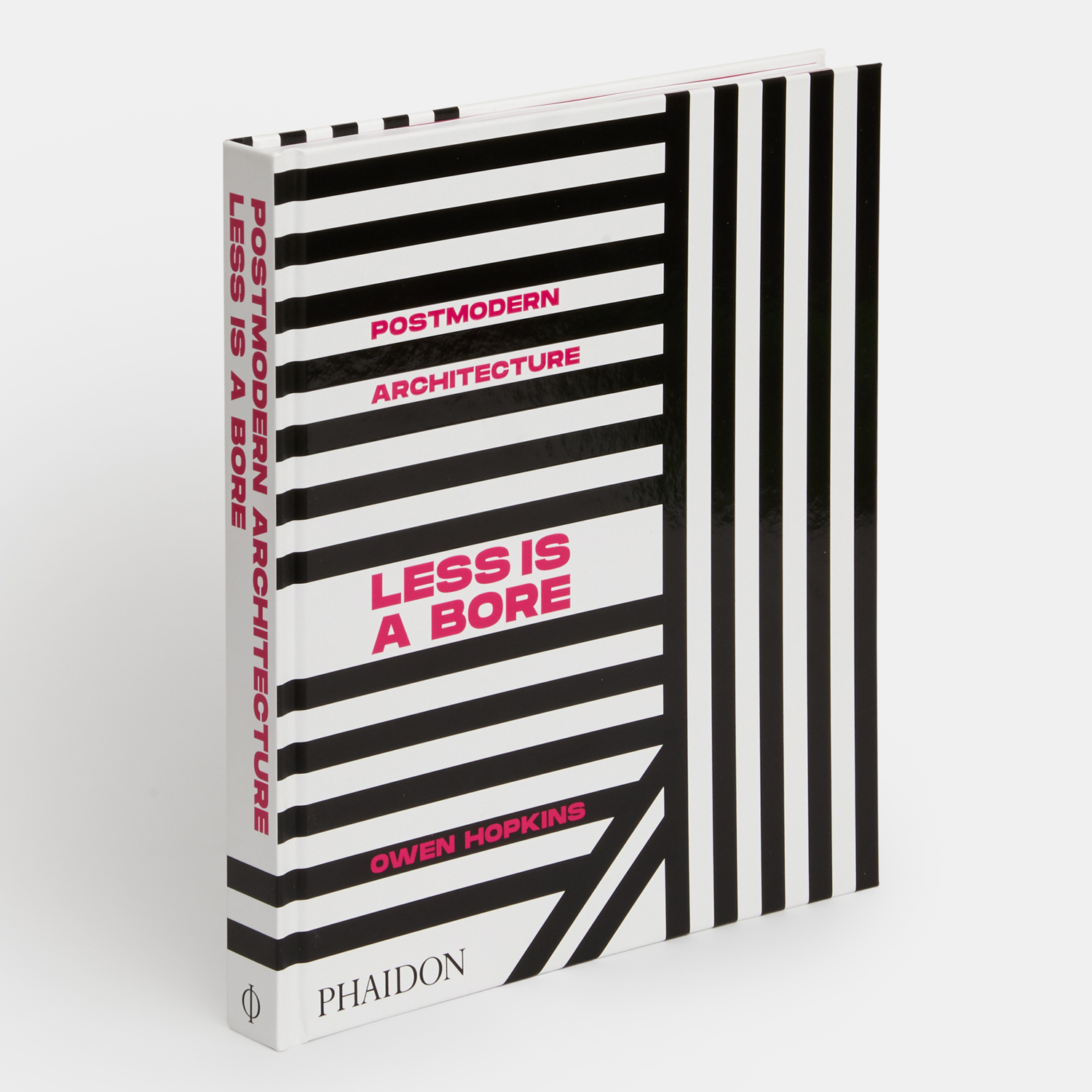 To see many more engaging, entertaining examples of similarly unusual architecture, get a copy of Postmodern Architecture: Less is a Bore, here.