Some of America’s greatest Mid-Century Modern architects might have been from overseas, but in many ways they embodied the American Dream.

The eastern seaboard was the closest shoreline to Europe, which led many European refugees to touch down and settle on that coast, which, at the same time, was “creating American architectural stars, from Kentucky-born Paul Rudolph and Arkansas native Edward Durell Stone to New Yorkers Victor Lundy and Gordon Bunshaft, Ohio-born Philip Johnson, and New Englanders Wallace K. Harrison and Edward Larrabee Barnes.

And, as they thrived at those institutions, so the settlements surrounding the schools changed. 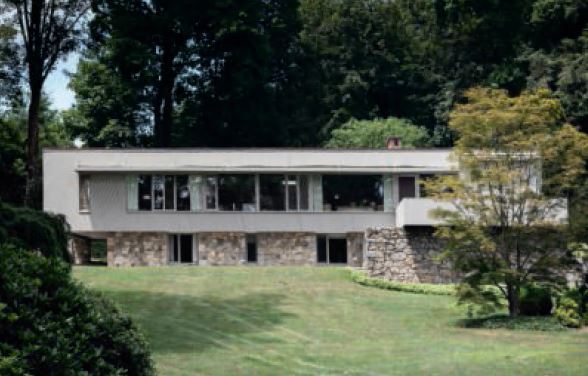 The Breuer-Robeck House, by Marcel Breuer

“New Canaan, a sleepy New England village was transformed by the so-called Harvard Five,” writes Lubell, “a group of Harvard professors and students who settled in the town, helping build more than one hundred new homes and making it one of the global centers of Modernist design.”

Marcel Breuer was the European expatriate among the five, and the most senior; though his students, John M. Johansen, Landis Gores, Philip Johnson and Eliot Noyes played incredibly important roles in the development of modernism in America, while leaving behind some exquisite New England homes.

Most followers of American architecture will be familiar with Johnson’s Glass House, but did you know that the house’s site in New Canaan actually has, as Lubell writes, “fourteen buildings in all, including a bunkerlike painting gallery, Greek hill town–inspired sculpture gallery, the so-called Brick House, containing more living space, several abstract monuments”?  Or that Johnson, who lived here until his death in 2005, claimed it was the only house in the world where you can see the sun set and the moon rise at the same time, standing in the same place? 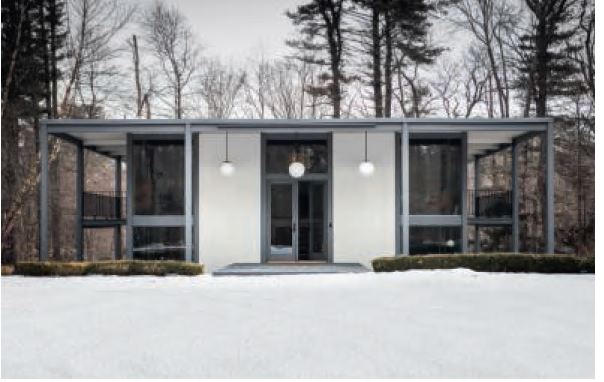 The System House by John Black Lee and Harrison DeSilver

The guide also picks out some lesser-known New Canaan highlights, such as Marcel Breuer’s Breuer-Robeck House, which, as Lubell explains, “was the first of two personal New Canaan homes that helped define Marcel Breuer’s transition from simple, light materials to solid, heavier ones”; and John Black Lee’s System House; sometimes called the DeSilver House, which he built with architect Harrison DeSilver.

“Often referred to as the sixth member of New Canaan’s Harvard Five (although he actually went to Brown), John Black Lee left a superb Modernist legacy here,” writes Lubell. This building clever, bi-level plan “assures each room in the open-plan residence opens to a terrace or balcony,” explains Lubell. It looks great in situ but also pretty good on paper; as Lubell notes, over 1,000 of the home’s floor plans have been sold, priced at $15. 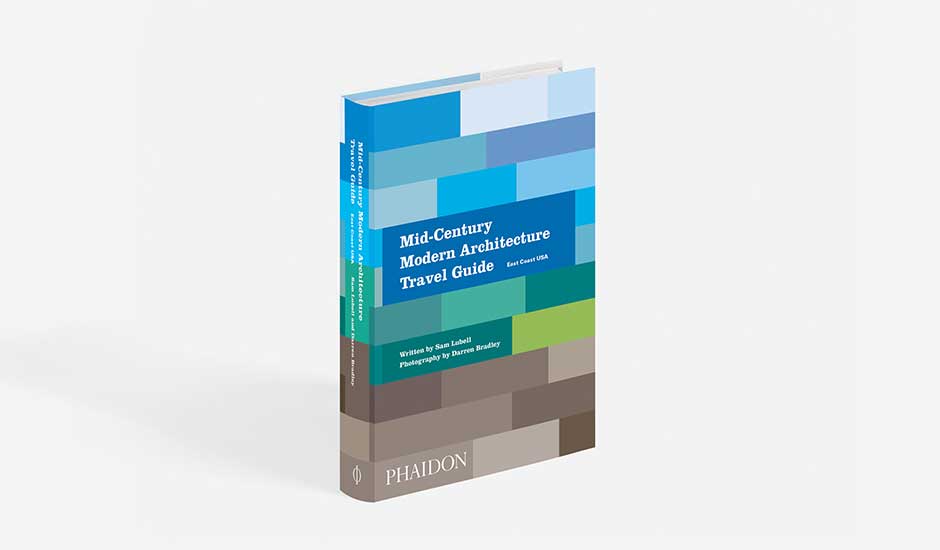 More on Want to catch up with the Harvard Five? Go to New Canaan 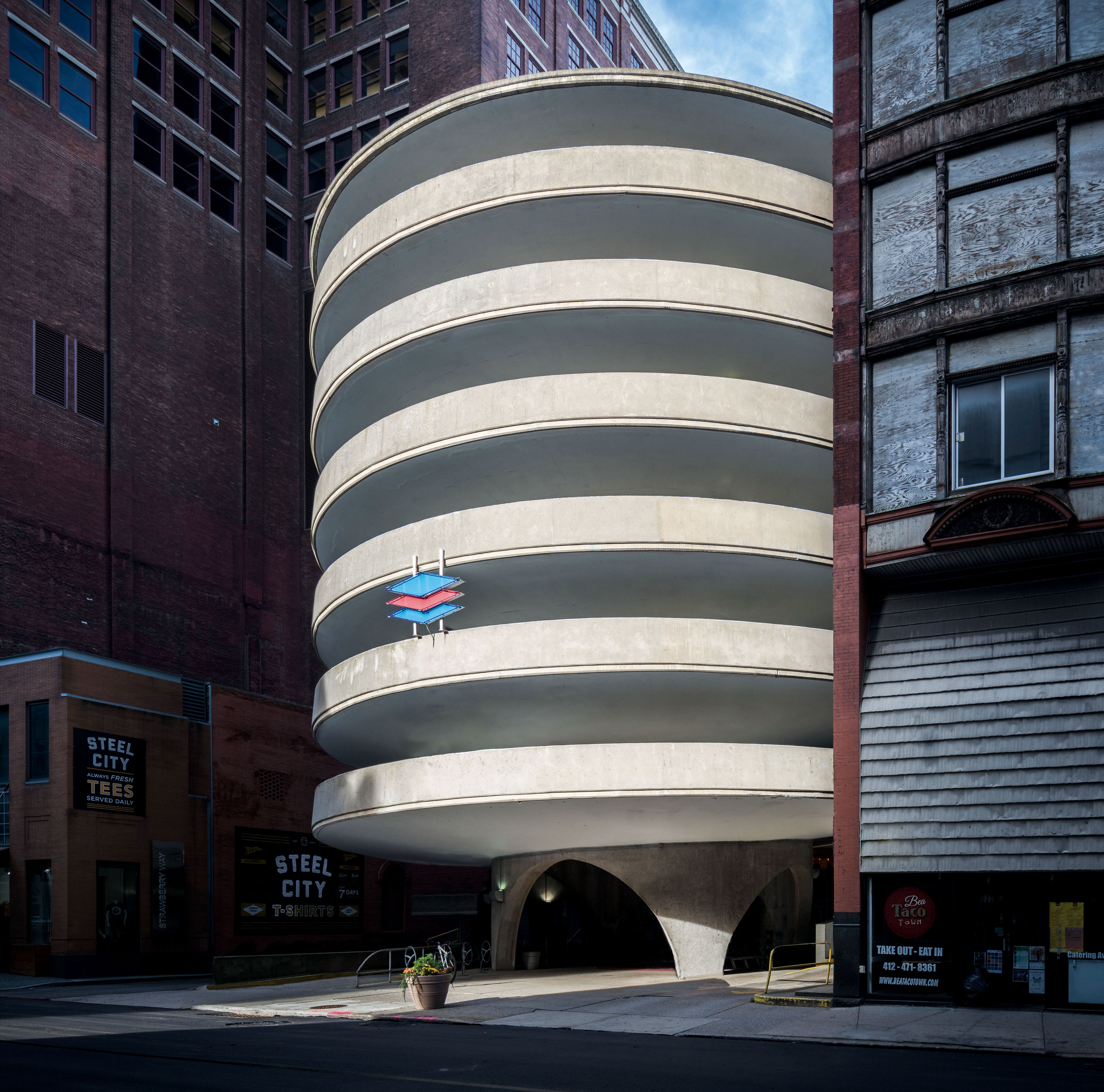 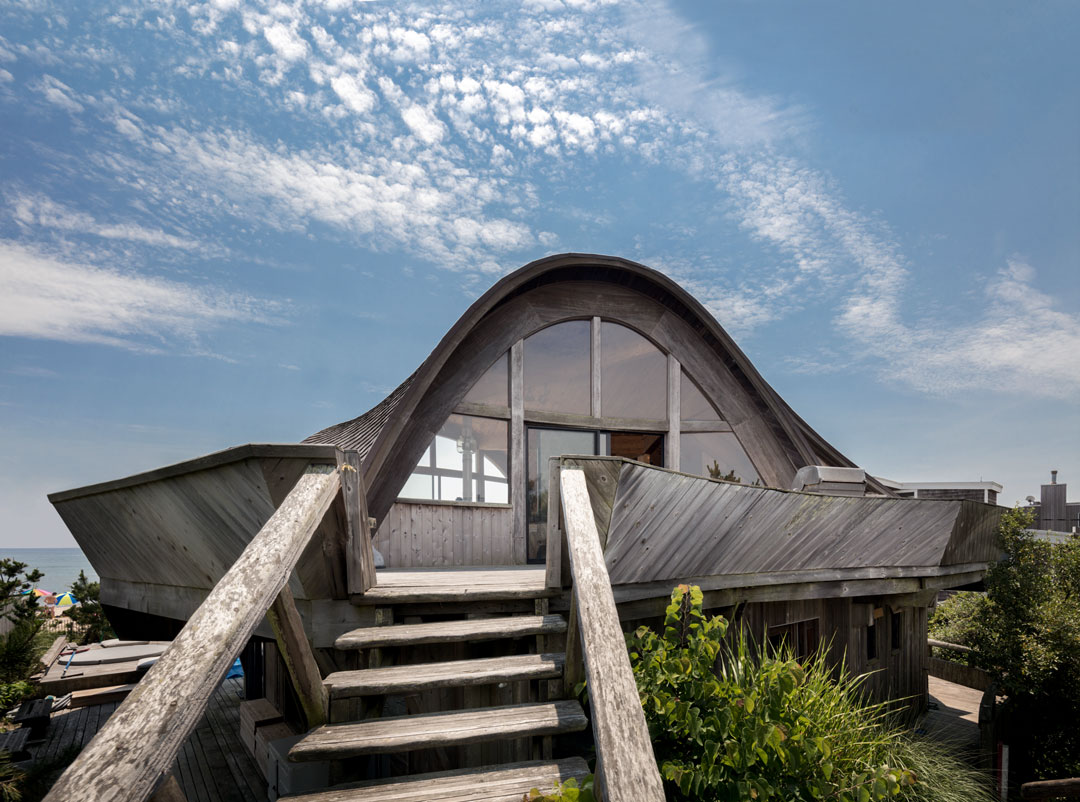 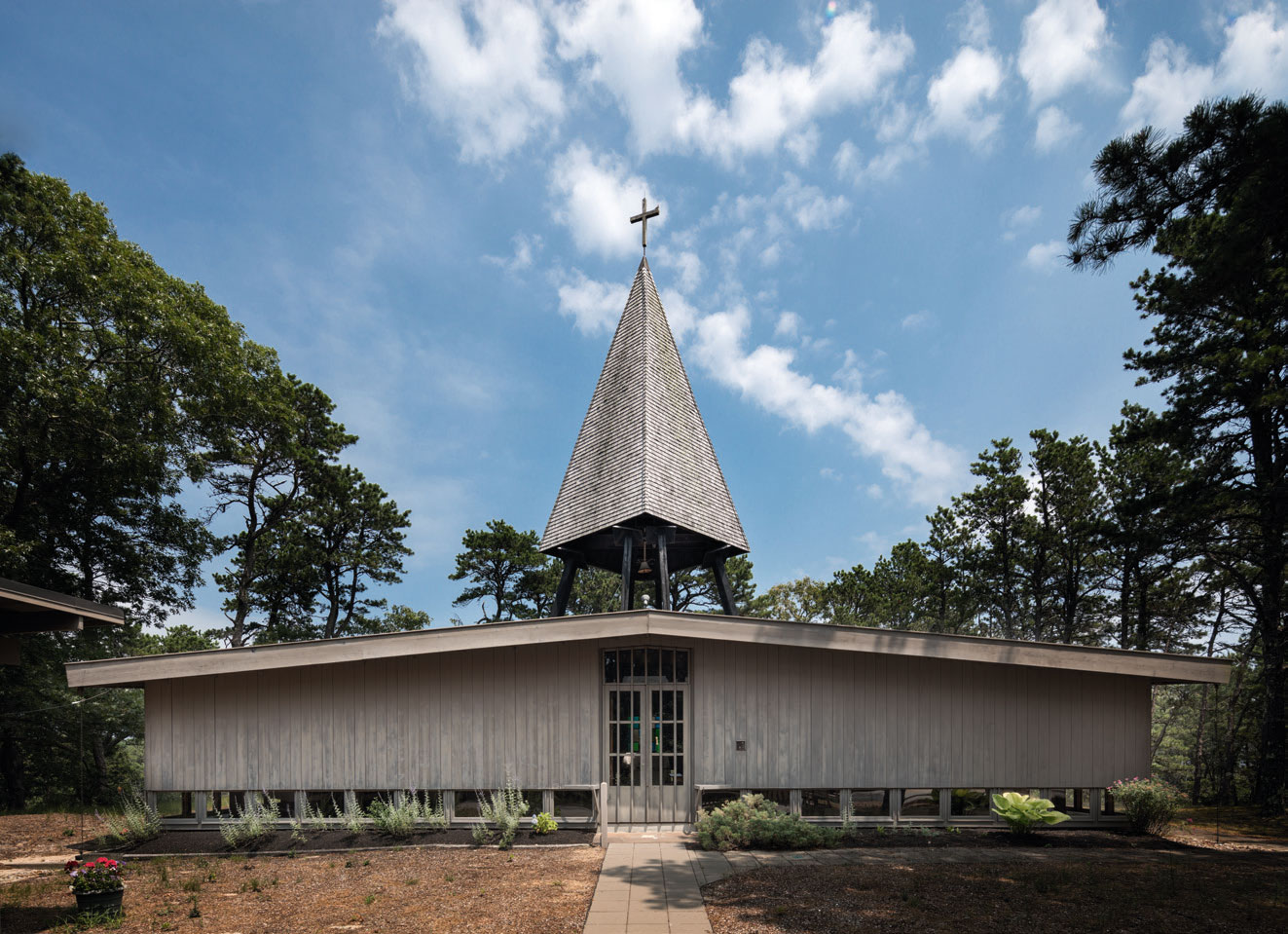 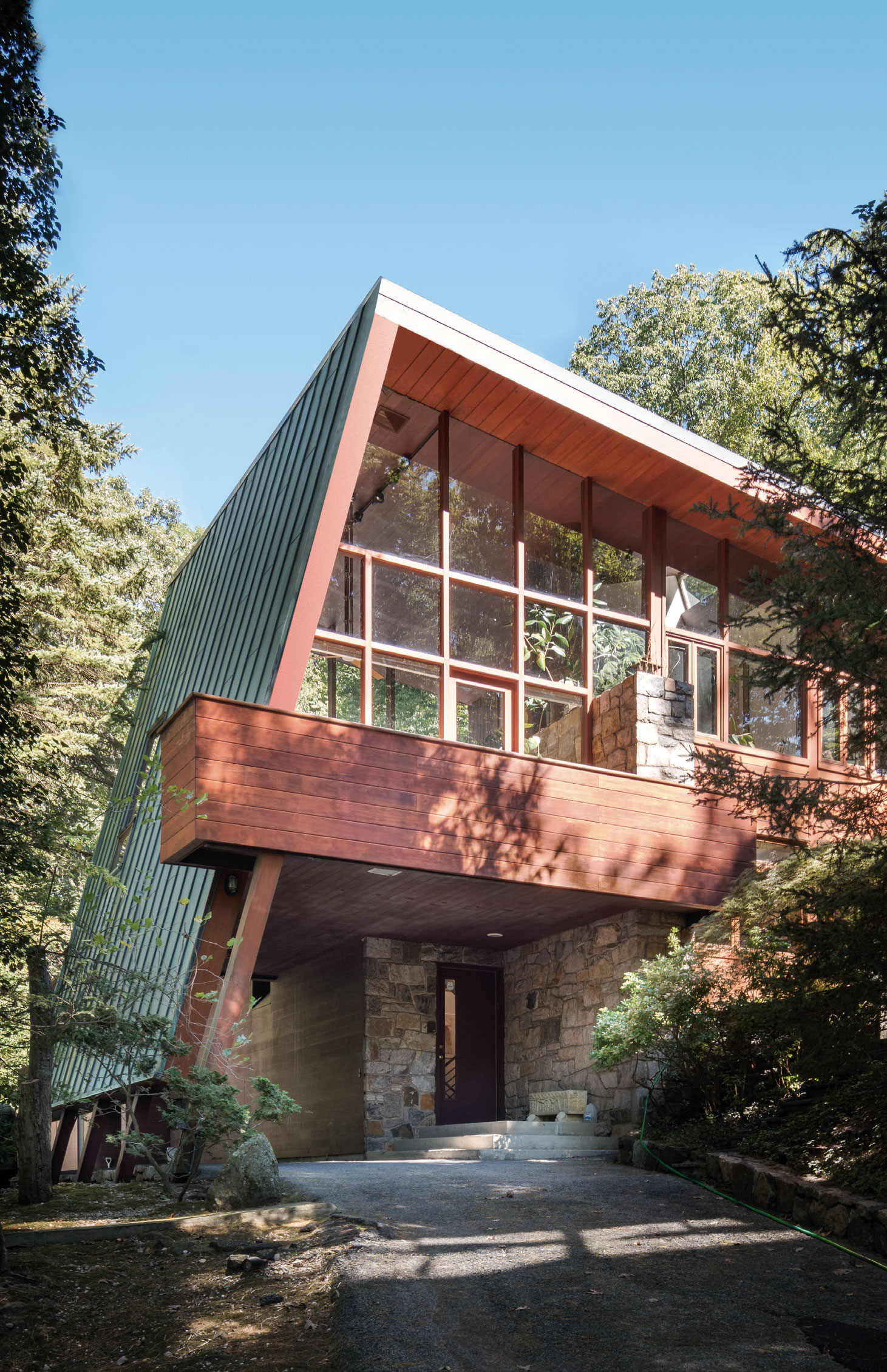 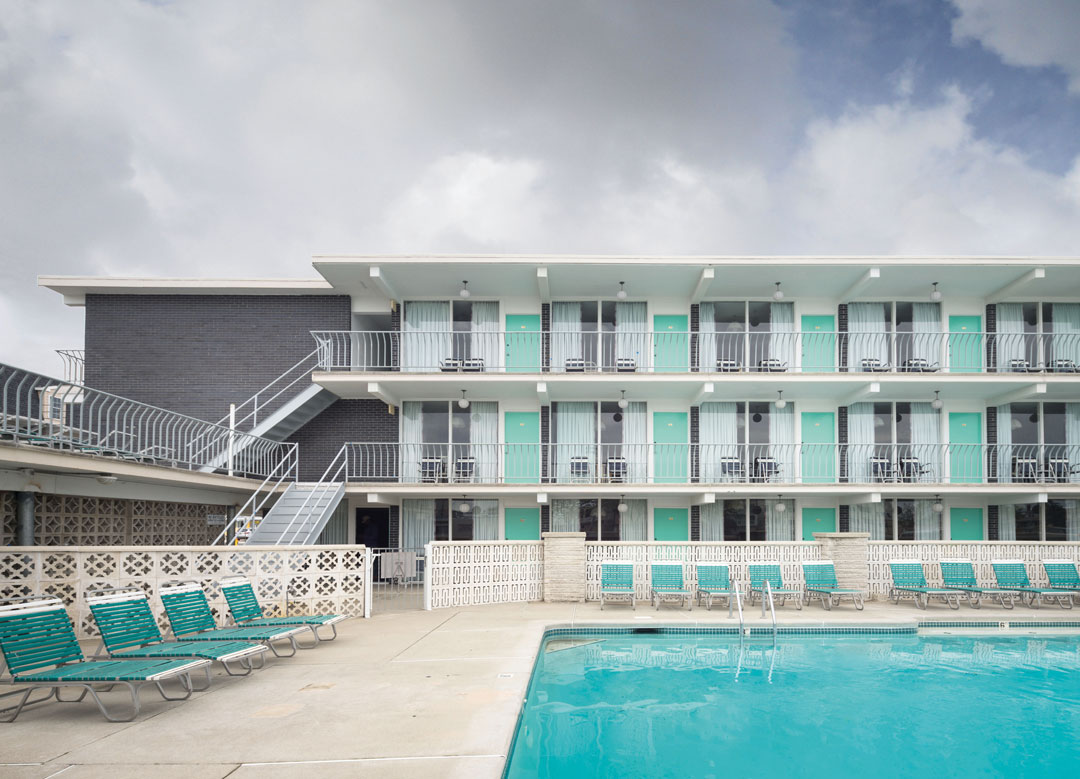