Few could doubt the visionary prowess of Le Corbusier, yet some might question the social assumptions which underlie many of his residential creations. In particular, the Unite D'habitation residential blocks, with their integrated apartments, restaurants and doctors' surgeries might push even the most neighbourly of residents a little too far into their co-inhabitants' lives. The most famous of these buildings, Marseilles' Cité Radieuse, completed in 1952, remains a remarkable piece of modernist architecture, yet not every addition has suited all residents equally. In particular, the block's open-air rooftop, originally conceived as a gym and playpark for residents young and old, cost more to maintain than some dwellers could bear. 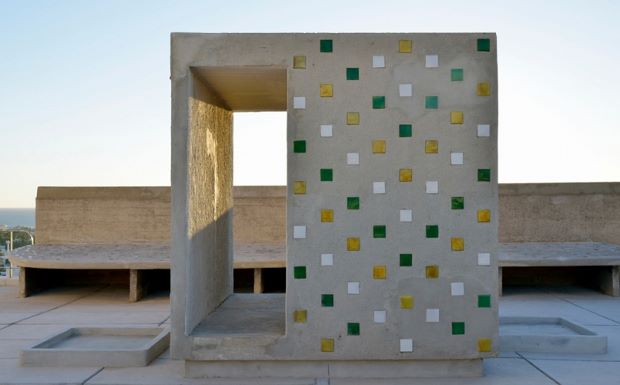 The rooftop property was sold on, adapted and run as a private concern, falling into some state of disrepair, until it was offered up for sale in 2010. Phaidon readers might be familiar with its buyer, the designer, Ito Morabito; the French luxury goods designer was featured in Spoon, our global overview of contemporary industrial design, under his professional tag, Ora-Ïto.

35-year-old Morabito grew up in Marseilles, and had long admired the block. He, along with the buildings co-owners and the French state, have spent €7m restoring this open-air space to its original glory. Yet, rather than remain true to Le Corbusier's original intent, Morabito has re-purposed it as arts space, café and artists' residences, dubbing it MAMO, an abbreviation of Marseilles Modular, as well as a cheeky nod to New York's Museum of Modern Art. 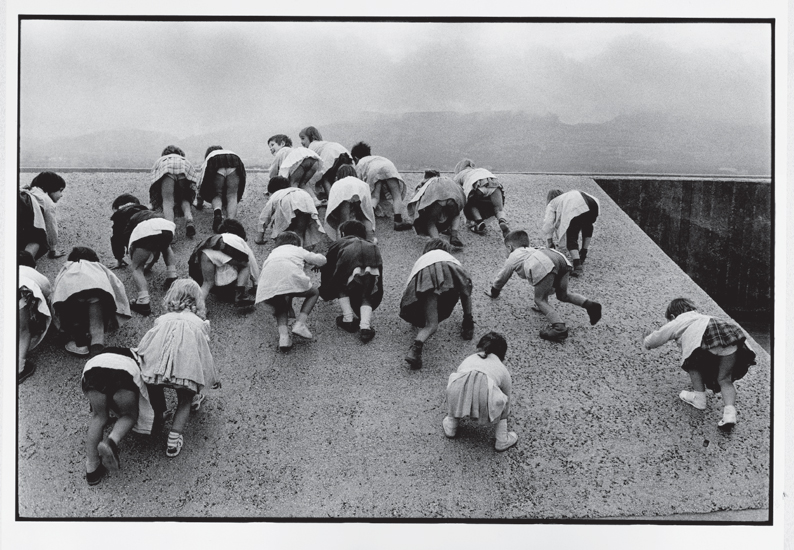 The first exhibition, by the French sculptor Xavier Veilhan, will open at the beginning of June, as part of the city's European Capital of Culture celebrations. We certainly hope Morabito's restoration will suit the block's latter-day residents as well as it compliments Le Corbusier's architectural legacy. To find out more, visit  Morabito's site. To understand more about Le Corbusier's life and work, take a look at our books dedicated to the great man, including Le Corbusier Le Grand, a spectacular visual biography of one of the greatest architects of the 20th century. Finally, for more on how this apartment block once looked, see René Burri's Photographs, which captures Cité Radieuse in its heyday, as well as much more besides.

It is impossible to understand the architecture of the twentieth century and of our own time without first coming to terms with Le Corbusier (1887–1965). His buildings can be found from Paris to La Plata to the Punjab and his influence has extended over several generations worldwide. Individual masterpieces such as the Villa Savoye at Poissy, the Chapel of Notre Dame-du-Haut at Ronchamp and the Parliament Building in Chandigarh, bear comparison with the works of any age. As well as an architect, Le Corbusier was also a painter, sculptor, urbanist and author; even a philosopher who ruminated upon the human condition in the modern era. He reordered the ground rules of the architectural discipline and invested his insights with a universal tone.

This probing study of Le Corbusier’s work explores the interactions of ideas and forms in his individual buildings and in his oeuvre as a whole. By penetrating the design processes of his major buildings it reveals the architect’s struggle to reconcile the ideal and the practical and to give clients’ aspirations and society’s institutions a suitable symbolic form. It analyses Le Corbusier’s phenomenal powers of imaginative synthesis, the recurrent elements of his architectural language, and the multiple levels of meaning in his projects. In turn it shows how this most ‘modern’ of architects drew inspiration from both nature and the past.

Published in the year of the fiftieth anniversary of Le Corbusier’s death, the book has been rigourously rethought, reworked and redesigned to include new scholarship, to integrate the author’s research and to extend his insights. The text, notes and bibliography have been expanded, the number of illustrations more than doubled, and an entire section of four chapters, ‘Principles and Transformations’, has been added at the end. These focus on the architect’s spatial imagination, the genesis of his forms, the generic features of his style and his impact upon world architecture. This new and updated edition of Le Corbusier: Ideas and Forms presents a full and illuminating account of the architect’s buildings and unrealized urban projects while also revealing broader features of his creative universe.

Continuing the standard of the highly praised original edition, this book by eminent and award-winning architectural historian William J R Curtis documents individual projects in detail while also linking them to the architect’s philosophy, utopian vision and activities as a painter, sculptor and author. It explores Le Corbusier’s processes of invention in diverse media while placing his work in the context of the cultural and political predicaments of his time. It demonstrates how the artist transformed his experience of the world into a new architectural vocabulary based upon a limited set of types and elements, and how he gave shape to images and ideas in forms of compelling force. Specifications:

William J R Curtis is an award-winning historian, critic, writer, curator, painter and photographer. Educated at the Courtauld Institute and Harvard University, he has taught the history of architecture and theories of design at many universities around the world including Harvard, the Architectural Association and the University of Cambridge where he was Slade Professor of Fine Art (2003–04). His best known books include Modern Architecture Since 1900 (third edition, Phaidon, 1996) and Le Corbusier: Ideas and Forms (first edition, Phaidon, 1986), both of which have been widely translated and both of which have been referred to as ‘classics’. His Denys Lasdun: Architecture, City, Landscape (Phaidon, 1994) was also published to critical acclaim. Curtis has written over a dozen monographs on diverse aspects of modern and contemporary architecture as well as numerous studies on Le Corbusier. He has published historical, critical and theoretical texts on subjects as varied as Indian architecture, both ancient and modern, Australian aboriginal spear throwers, the history of everyday objects and the role of abstraction in photographs. He also contributes regularly to international critical journals such as the Architectural Review and El Croquis. Curtis exhibits and publishes his own paintings and drawings (Mental Landscapes, Museum of Finnish Architecture, 2000) and photographs (Structures of Light, Alvar Aalto Academy, 2007). Among his numerous awards: the Alice Davis Hitchcock Medallion of the Society of Architectural Historians of Great Britain (1984), a National Honors Society Gold Medal in Architecture and Allied Arts, USA (1999), a Medal of the Museum of Finnish Architecture (2006) and a Golden Award for Global Contribution in Architecture (CERA, A+D, India, 2014).