Since its first publication in 1982, Modern Architecture Since 1900 has become established as a contemporary classic. Worldwide in scope, it combines a clear historical outline with masterly analysis and interpretation. Technical, economic, social and intellectual developments are brought together in a comprehensive narrative which provides a setting for the detailed examination of buildings. Throughout the book the author's focus is on the individual architect, and on the qualities that give outstanding buildings their lasting value.

For the third edition, the text has been radically revised and expanded, incorporating much new material and a fresh appreciation of regional identity and variety. Seven chapters are entirely new, including expanded coverage of recent world architecture.

Described by James Ackerman of Harvard University as 'immeasurably the finest work covering this field in existence', this book presents a penetrating analysis of the modern tradition and its origins, tracing the creative interaction between old and new that has generated such an astonishing richness of architectural forms across the world and throughout the century.

William J. R. Curtis is an award-winning historian, critic, writer, curator, painter and photographer. Educated at the Courtauld Institute of Art, London, and at Harvard University, he has taught the history of art, theories of design, and architecture at several universities worldwide: among others, Harvard University; the Architectural Association, London; UNAM, Mexico City; ETSAB, Barcelona; Helsinki Institute of Technology; the Accademia, Mendrisio, Switzerland; and the University of Cambridge where he was Slade Professor of Fine Art 2003-4.

In addition to teaching history and theory, Curtis has been directly involved in architectural education in the studio and in juries. He has written historical, critical and theoretical texts on subjects as varied as modern architecture, landscape design, the history of everyday objects, the process of design, historiography, visual education and criticism. His best known books include: the best-selling Modern Architecture Since 1900 (Phaidon 1982; second ed. 1987; fully revised third ed. 1996), and Le Corbusier: Ideas and Forms (Phaidon 1996). Unanimously well received and now considered essential classics of their genre, these books have been translated into several languages, including Spanish, German, Japanese, French, Italian, Portugese and Chinese. Curtis has produced over a dozen monographic studies on contemporary architects with El Croquis (Madrid). His writings on contemporary architecture have appeared in international journals such as Architectural Review, Architect's Journal, Architectural Record, L'Architecture d'aujourd'hui, ARK, D'Architectures, Plan Libre, Poïesis, Arkitektur DK, Arquitectura Viva, Il Giornale, dell 'architettura, Abitare, A+U, Architecture+Design etc. and in weekly and daily newspapers such as El Païs, Lavanguardia ,The Guardian, NZ Zeitung and Building Design.

"A beautiful book, with a readable type and a host of superb illustrations, many of which are in colour. It would be no hyperbole to give the highest praise to those responsible for the design and layout of the volume."—Environments by Design

"A superb text for any course on modern architecture…can provide the student of architecture with the means to accomplish his most arduous task: to see."—Skyline

"As close to a definitive guide to the architecture of our century as we yet have."—The Sunday Times

"Well established as the standard work on twentieth-century architecture, the new edition of this book has a fresh appreciation of the range and complexity of modern architecture... This will become an essential textbook."—Jury of the American Institute of Architects

"The book is excellent value."—Architects' Journal

"A book of this length and depth is an unimaginable achievement... Each chapter opens with an excellent essay laying out the main theoretical and historical issues. Despite his immense knowledge he does not talk down to his audience; instead his enthusiasm is infectious... It is delightful to see social housing alongside public and private buildings and to see nationalist and post-war architecture reviewed... It is definitely worth having. Colour pictures are numerous and there are plenty you have not seen before."—Building Design

"This should be a standard volume in all architecture collections."—Library Journal

"Probably the most complete handbook now available, will find its way on to the required reading list for all students of architecture and the history of art."—Archis

"The clearest and most authentic survey to appear in English. After the tortuous style-filled books of the last 20 or so years, which have pompously posed as significant reading, Curtis’s perspective reads as a brief of fresh air. Essential reading, indeed breath-taking reading for professionals, students, and intelligent lay-persons. I could not put it down... Neither should you!"—Architecture New Zealand

More on Modern Architecture Since 1900 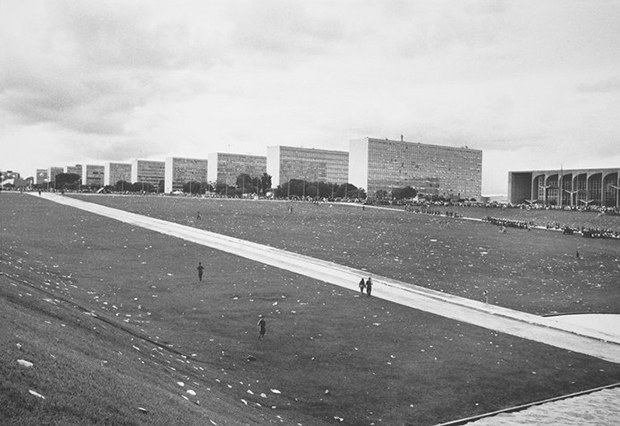