On 21 July 1973 the New York photographer Stephen Shore drove south from Klamath Falls in Oregon, and stopped to take a photograph of a wayside billboard. Shore was creating a series of photographs during his road trip, which he would eventually publish as Uncommon Places. The images are now seen as an attempt to apply colour photography – then a medium more readily used by amateurs and in the advertising industry – to the American landscape. 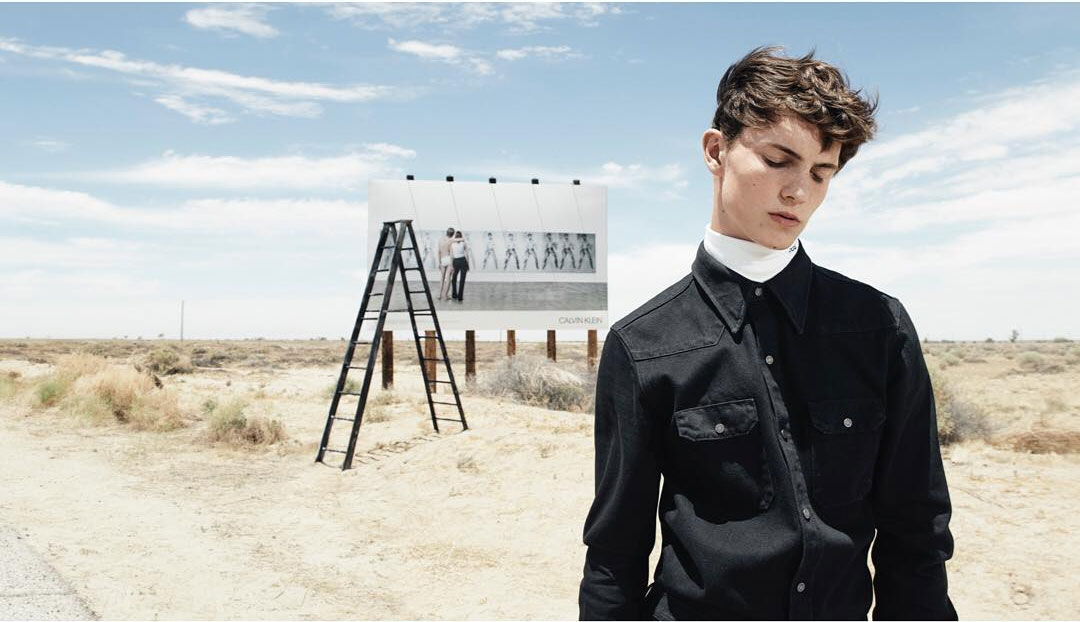 Shore’s pictures captured both something unusual – in this case, a billboard that carries a landscape image, while simultaneously being situated in a similar landscape – and something quintessentially American.

It’s unclear whether Raf Simons, the Belgian designer, art collector and Chief Creative Officer at Calvin Klein, had seen Shore’s picture prior to the creation of his Fall 2017 campaign. Yet his new images certainly work towards similar ends.

On a stretch of Mojave Desert highway, about 800 miles south of the spot where Shore took his shot, Simons, working with the photographer Willy Vanderperre and stylist Olivier Rizzo, presented these models in front of a billboard carrying a similarly ‘meta’ image: an advert from Simon’s earlier Spring 2017 Calvin Klein campaign. 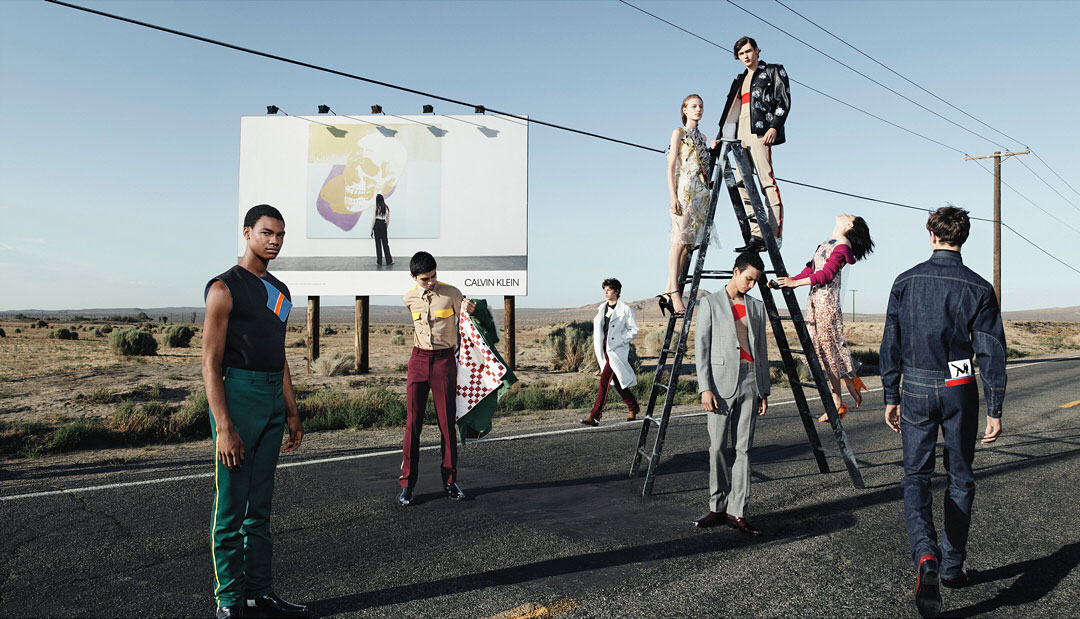 That earlier shoot featured works by Warhol and Sterling Ruby, while this latest collection has a Richard Avedon photograph sewn on to the back of Simon’s new jeans.

Calvin Klein says this campaign is “a cinematic ode to American heritage, its pageantry and its poignancy,” and that “this stretch of road resembles one seen in countless movies, or driven along passing from town to small town.” It is also very like the one Shore ventured down, when he was seeking a similar sense of America, over four decades earlier. 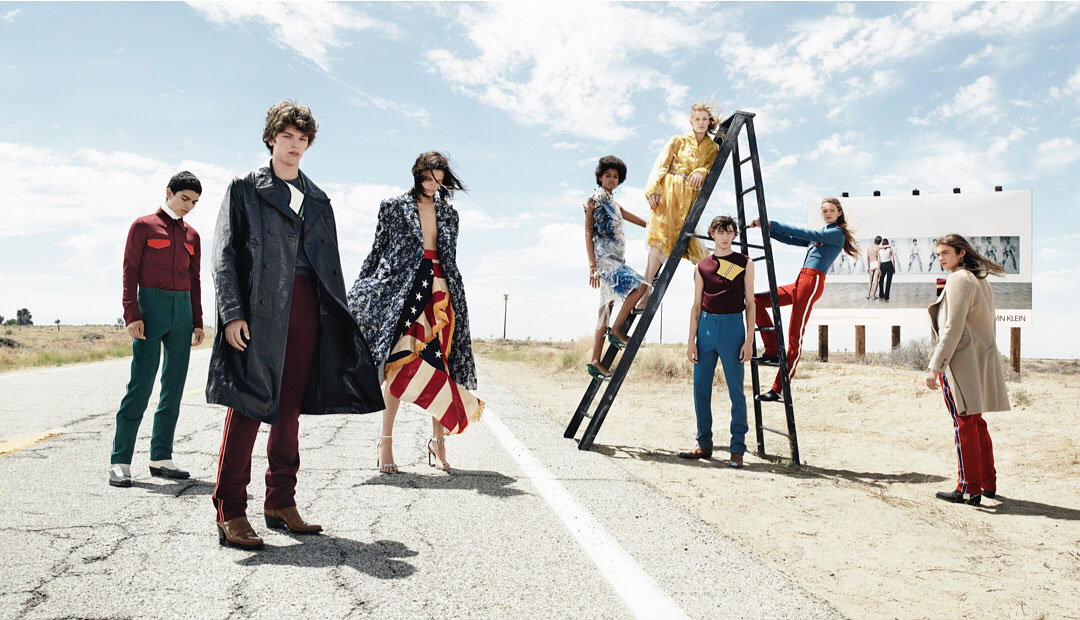 To see Shore’s image and find out more about that road trip, get Stephen Shore: A Road Trip Journal; for more on Raf Simons get The Fashion Book.