Stephen Shore goes back on the road

The photographer is on another summer road-trip in the flyover states, shooting more American Surfaces

Stephen Shore’s contemporaries must have been just a little surprised when he chose to leave New York in the early 1970s. He was only taking a few months off, on the road, across America, yet having won over both Warhol’s crowd and key New York institutions such as the Museum of Modern Art, many may have wondered what, say Klamath Falls, Oregon or Lovell, Wyoming could offer that Manhattan lacked.

They soon found out, of course. In his snapshot series, American Surfaces, and large-format landscapes, Uncommon Places, Shore demonstrated both how colour photography – once largely the preserve of amateur photographers - could capture the natural beauty and the commercial pop of small town America. Through his lens, he showed how a simple petrol station could stand alongside a Claude Lorrain painting.

Since those early road trips, he’s applied a similar technique when photographing people and places in Italy, Israel and Ukraine among other places. However, this native New Yorker has never forgotten about small town America, and now he’s back on the road again.

Shore’s recent Instagram posts from Iowa, Montana and South Dakota certainly recall some of the natural beauty, faded majesty and downright strangeness of the USA outside of its big cities, and, the occassional sign brings us up-to-date, most of Shore’s pictures show that America’s beauty remains abundant, for those with the enquiring eye to seek it out. 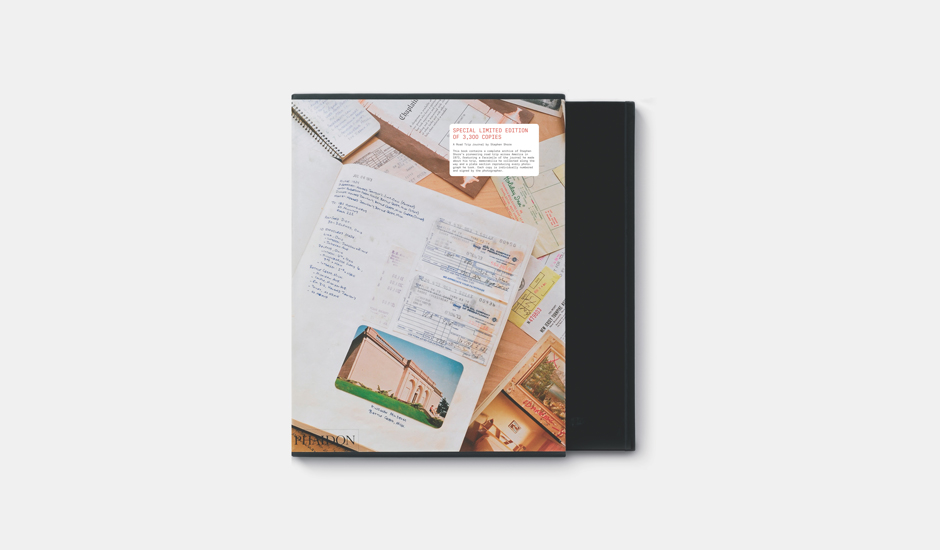 For more on Shore’s on the road, order a copy of A Road Trip Journal, a highly collectable, limited facsimile edition of the beautiful road trip journal he kept back in 1973. It’s signed and numbered by Stephen, and is available here.