How was 2013 for Per-Anders Jörgensen?

As the New Year approaches, we're continuing our catch-up with a few of our authors, artists and creatives, among them Ferran Adrià, Roger Ballen, Bernhard Edmaier and Martin Parr to ask them how 2013 was for them: what were the things that inspired them, when they were at their most creative and what they have planned for 2014. We've been bringing you their answers each day in the run up to the new year.  Go here to read our interview with Joel Meyerowitz, here for Martin Parr, here for Edmund de Waal.

Today it's the turn of the brilliant photographer Per-Anders Jörgensen whose new book, Eating with the Chefs, we publish in spring 2014. The book features family meals to cook at home from the world's most creative restaurants - among them: The French Laundry, St John, Le Chateaubriand, Chez Panisse, Mugaritz, Attica and El Celler de Can Roca - to name just a few.

You can rest assured that, faced with such a stunning array of restaurants, P-A has surpassed even his own frighteningly high standards when it comes to the photography for the book. We'll be bringing you a gallery of images from it in the new year. For now though, read what Per-Anders has to say about the things that inspired him in 2013 and what he's hopeful for in 2014. 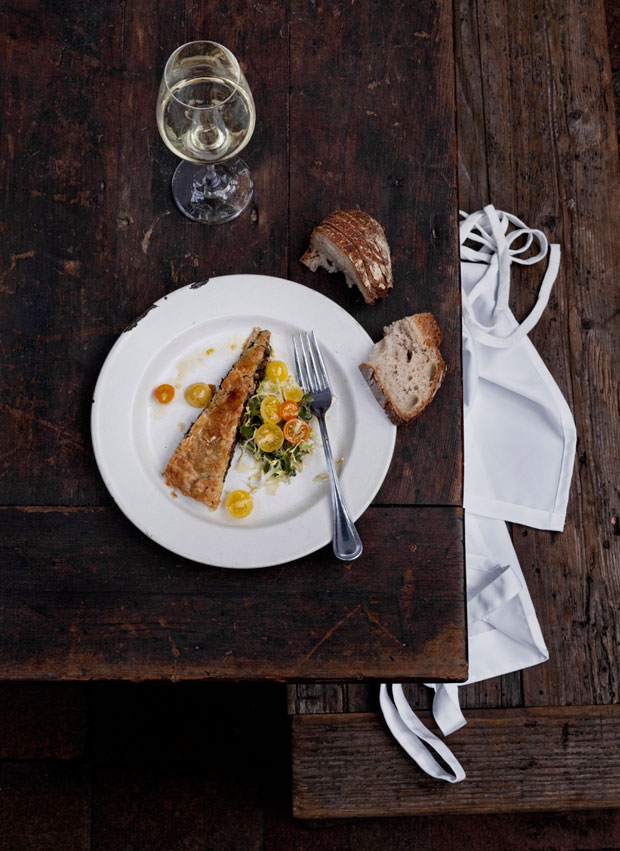 Japan and the incredible food scene there. They are light years ahead of anyone. On another level Edward Snowden's courage to sacrifice himself to prove that 1984 is today. 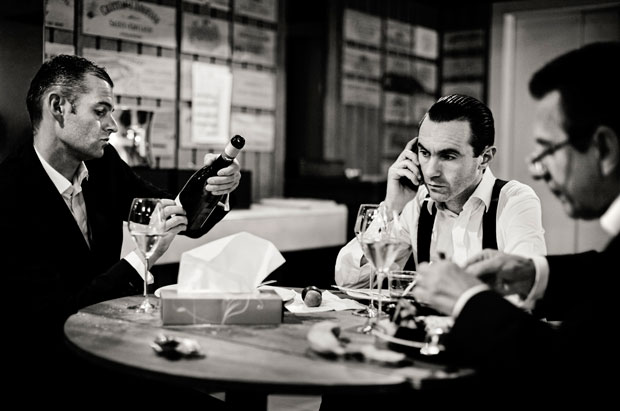 Our Fool Magazine being awarded "Best food magazine in the world" at Gourmand Cookbook Awards! Also, every meal cooked by someone who loves and cares about what he or she does was a highlight. 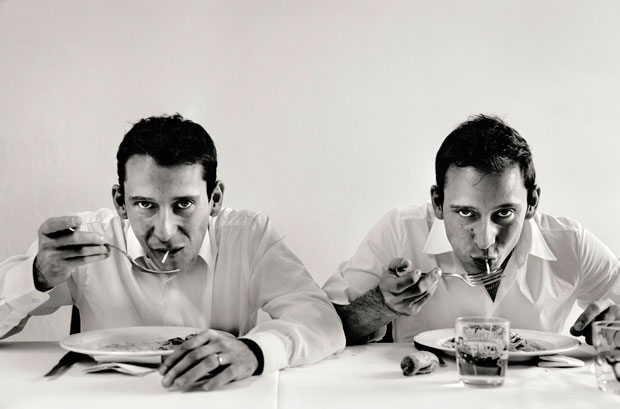 Loads of new projects, mostly centered around food and photography. Also my book "Eating with the Chefs" is out, combining behind the scenes photography from the world's most interesting restaurants and some very interesting recipes. Also I hope to be able to grow some rare heritage breed strawberries! 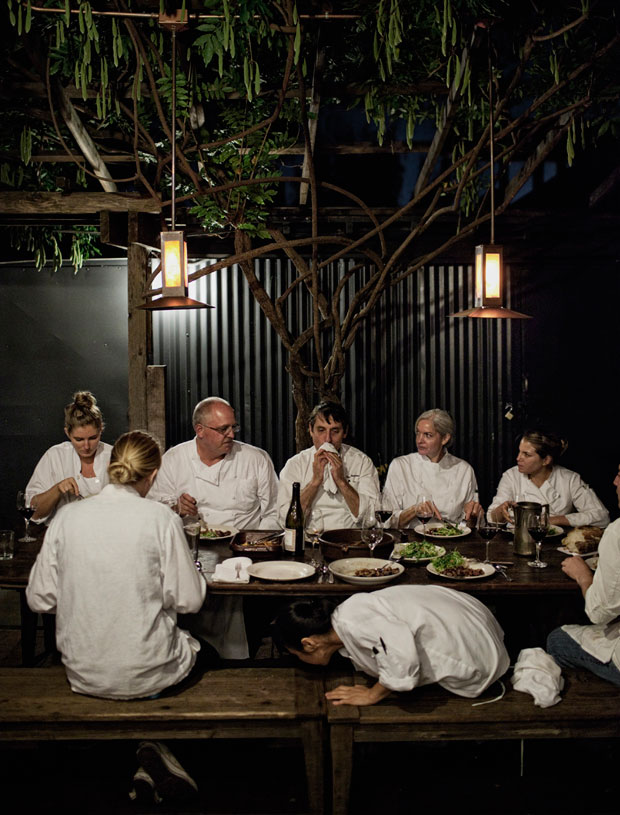 Taking a break from cooking, the staff of Chez Panisse eat outside - photograph by Per-Anders Jörgensen

Eating with the Chefs : Family meals from the world's most creative restaurants Per-Anders Jörgensen

Eating with the Chefs documents the daily meal shared by chefs and front-of-house staff at eighteen top restaurants including Noma, Le Chateaubriand and The French Laundry

Per-Anders Jorgensen is the editor in chief of the food magazine Fool, recently named the World’s Best Food Magazine at the Gourmand Cookbook Awards. Jorgensen is known for his stunning images that have been reproduced in publications worldwide, including the books Mugaritz and Cook It Raw both published by Phaidon. He lives in Sweden.

"Family‐style staff meals, so often even more cozily enticing than what’s on the actual menu, are the focus of the Fool magazine editor and photographer’s Eating with the Chefs – worth the price alone just for Noma’s brownie recipe."—Vogue

"From the rustic to the refined, the book provides a visually stunning narrative about the inner workings of restaurants."—DuJour

"Shot by award‐winning Swedish photographer Pers‐Anders Jorgensen, Eating with the Chefs is... for those who dream of sharing meals with their favorite restaurateurs."—Fine Dining Lovers

"Great‐tasting, simple meals to fuel a hard day’s work... If you’ve grown cynical about what relation fine dining has to real food, here it is. If you need no convincing, this is a straightforward treat."—The Guardian

"A wondrous piece of pondering ideas and beauty."—Edge NY

"The tradition of the pre service meal had by all the restaurant staff is an old and important one, often used by chefs to try their own ideas on colleagues or share the food of their culture with others in the restaurant. Jörgensen visits 18 top restaurants including Noma, Le Chateaubriand and The French Laundry documenting the meals they have, the role they play, and sharing his stunning photography with us." —LondonLampost.com

More on How was 2013 for Per-Anders Jörgensen? 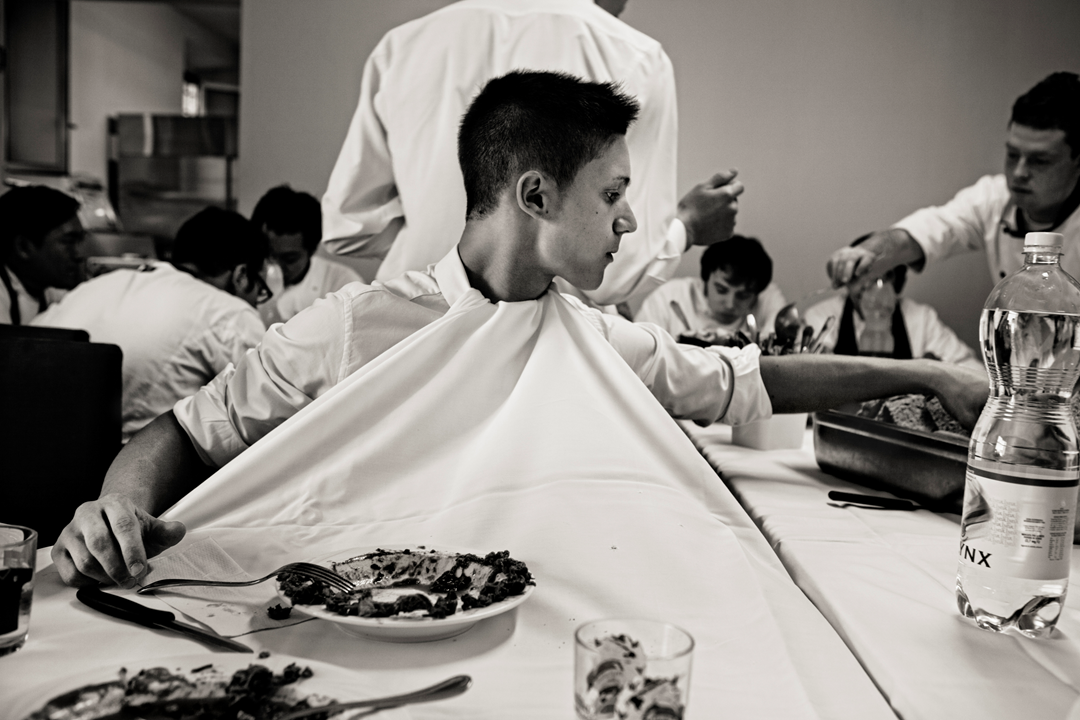 Take a look at the Osteria Francescana staff meal 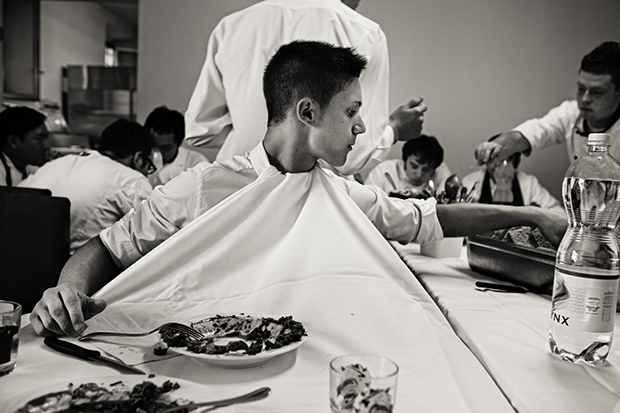 See how the chefs eat 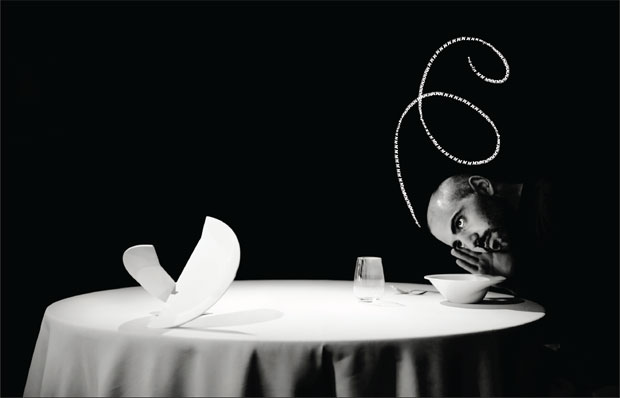 How was 2014 for Per-Anders Jörgensen