Our new culinary title explores how the peanut, a true Latin American native, found its place in the region’s cuisine

When it comes to biodiversity, the authors of The Latin American Cookbook are spoilt for choice. This new book, by the Peruvian chef Virgilio Martínez, the James-Beard-nominated writer and photographer Nicholas Gill and Mater Iniciativa, brings together 600 recipes from this geographically, botanically and culturally rich region. Martínez explains how to make each dish, but also adds in smart and enlightening textual details.

Get this book, and you’ll not only learn how to make authentic arepas, ceviche and quesadillas, but you’ll also get a handle on the people, animals, plants, culture and history that makes the cuisine in this part of the world so special.

Many of us know about Latin America’s more famous ingredients, first discovered and cooked here, such as the potato, the tomato, maize and the chili pepper. However, there’s another kitchen essential that first took root in this region. 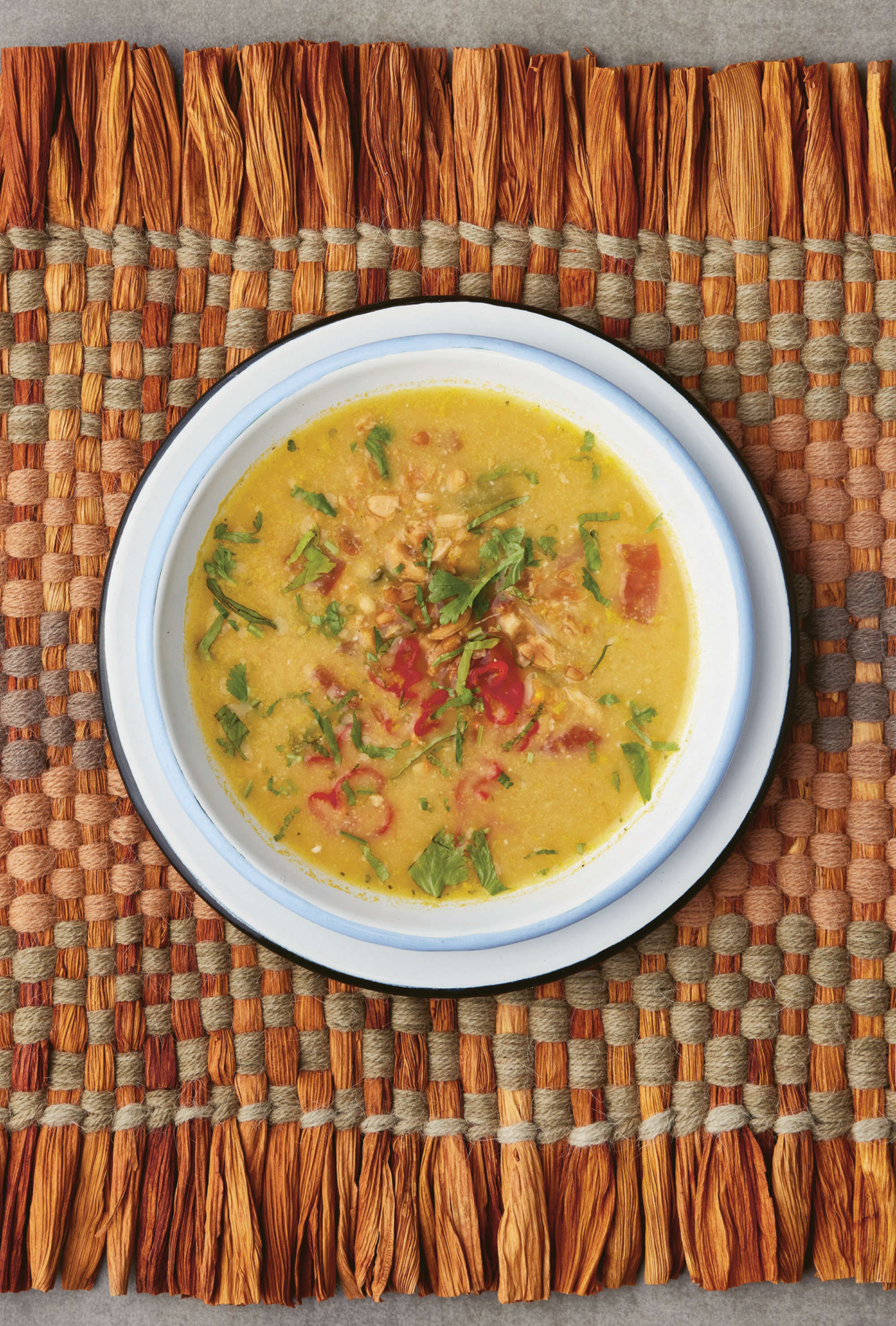 “Cultivated peanuts, a hybrid of two wild species, likely first appeared somewhere around southern Bolivia, Paraguay, southwestern Brazil, and northern Argentina, then spread throughout much of South America where countless landraces [domestic varieties] evolved before being spread throughout the world by European traders,” explains our new book.

Technically, the peanut is a legume, not a true nut, though this hasn’t prevented it from finding a sizable niche in both global cookery and Latin American cuisine.

Our book features peanut and potato chowder, commonly made in Ecuador and Bolivia; plantains with spicy peanut sauce “brought to Suriname by immigrants from Indonesia”; and pig’s feet with peanut sauce, “one of the great undiscovered dishes of Peruvian gastronomy.”

To get the recipes for all these dishes as well as many more besides, order a copy of The Latin American Cookbook.