With just a few precious ingredients, slaves managed to create some of this region’s most highly prized dishes

The Latin American Cookbook is a truly satisfying culinary survey, not just because it collects together 600 recipes from this botanically and culturally rich and diverse region, but also because its authors, the Peruvian chef Virgilio Martínez, the James-Beard-nominated writer and photographer Nicholas Gill and Mater Iniciativa, contextualize these dishes, giving readers insight into how they make them, and also how these dishes came to be.

Plenty of these dishes arise from the region’s own, singular range of ingredients and peoples. There are recipes that descend directly from Aztec and Mayan kitchens, and which feature some of Latin America’s most famous exports, such as peppers, maize and potatoes.

Other inclusions have more recent, and less edifying origins. As our book explains, European colonialists introduced slavery to much of this region, importing slaves from Africa to work in newly established plantations. 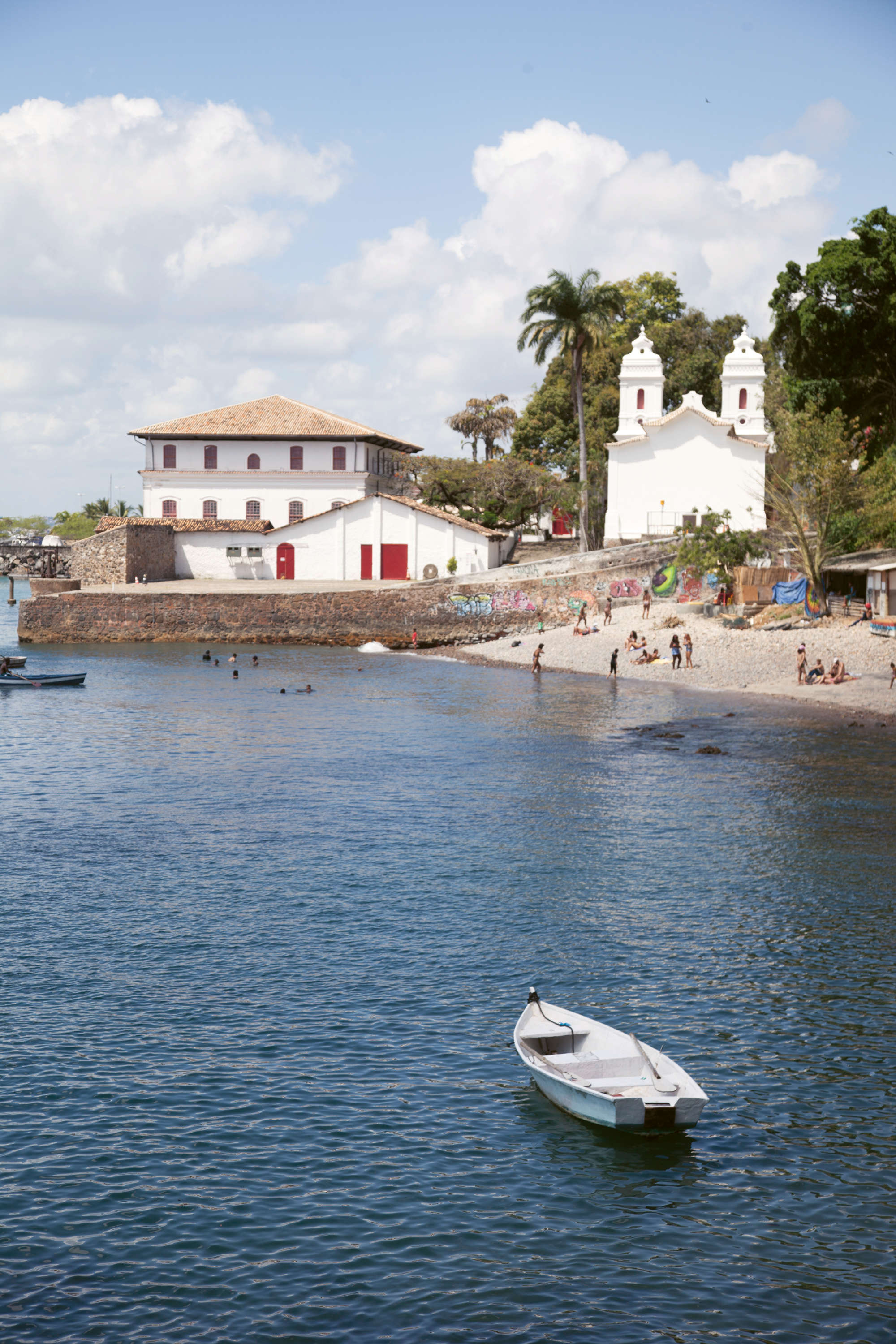 The Solar do Unhão, a sixteenth-century complex that was once a distribution center for sugar produced from Bahian plantations in Brazil. Photo: Nicholas Gill

Some managed to break free, and went on to found their own communities and cookery techniques, as our new book notes. “In 1533, a slave ship headed to Peru was wrecked along Ecuador’s northern coast and the escaped Africans fled into the jungle, setting up maroon settlements that merged with the indigenous groups already living there. As the community grew and expanded throughout the Esmeraldas province, they created a distinct Afro-Ecuadorian culture with its own music, art, and cuisine.”

The slave trade also brought with it a few African ingredients, such as okra and tamarind, to the Americas. However, on the whole, slaves in this part of the world often had to cook with the basest of ingredients when preparing their own food. The Latin American Cookbook lists recipes such as Brazilian cheese rolls (made from leftover yuca starch), and Peruvian pig’s feet in peanut sauce - ‘one of the great undiscovered dishes of Peruvian gastronomy’ - created by slaves, who took base ingredients and turned them into truly prized delicacies, many of which are prized by diners across the continent.

The Peruvian leftover rice and beans dish, known locally as ‘tuca tuca’ certainly falls into this camp. “Derived from the Quechua word takuy, which means ‘to combine one thing with another’, slaves working on coastal sugar and cotton plantations during Peru’s colonial period created tacu tacu, seasoning and frying leftover rice and beans or lentils from the day before,” according to the text in The Latin American Cookbook. “It has become one of the ultimate criollo [Latin American of Spanish descent] dishes, often stuffed with shellfish in a spicy sauce or partially hidden beneath Bistec Apanado (breaded and fried pounded steak) with fried bananas and a fried egg.

“Tacu tacu can be a circular mound when filling the entire pan, or it can be shaped like a teardrop with the spatula when only filling part of the pan,” the book goes on. “It’s usually served with several accompaniments, such as some salsa criolla, ají amarillo sauce, or a small carafe of olive oil to be drizzled on top.”

The dish’s original cooks probably weren’t afforded such luxuries, though thankfully, today, pretty much anyone can enjoy their culinary inventiveness. To get the recipe for this dish, all the others mentioned, as well as much more besides, order a copy of The Latin American Cookbook here.