From apricots to almond milk, this is what our Vegan author recommends you have in your kitchen

Despite the name of his book Jean-Christian Jury says the recipes in Vegan: The Cookbook aren’t only for those fully committed to veganism. “You can use this book to supplement your regular eating habits or to increase plant-based food in your meals,” he writes.

With that thought in mind he's drawn up a shopping list of what you should keep in your fridge and kitchen cupboards to be the boss of plant-based cookery. 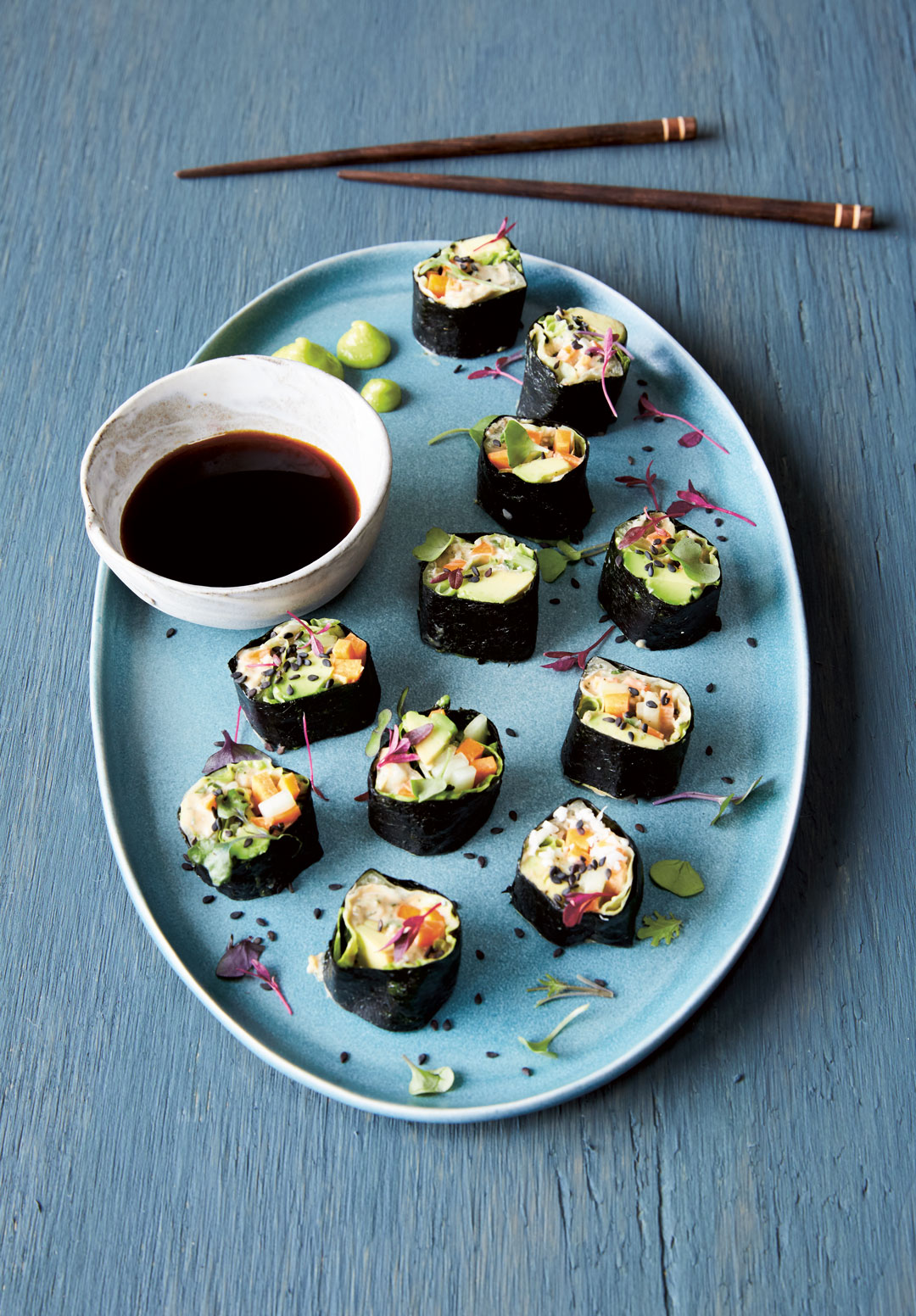 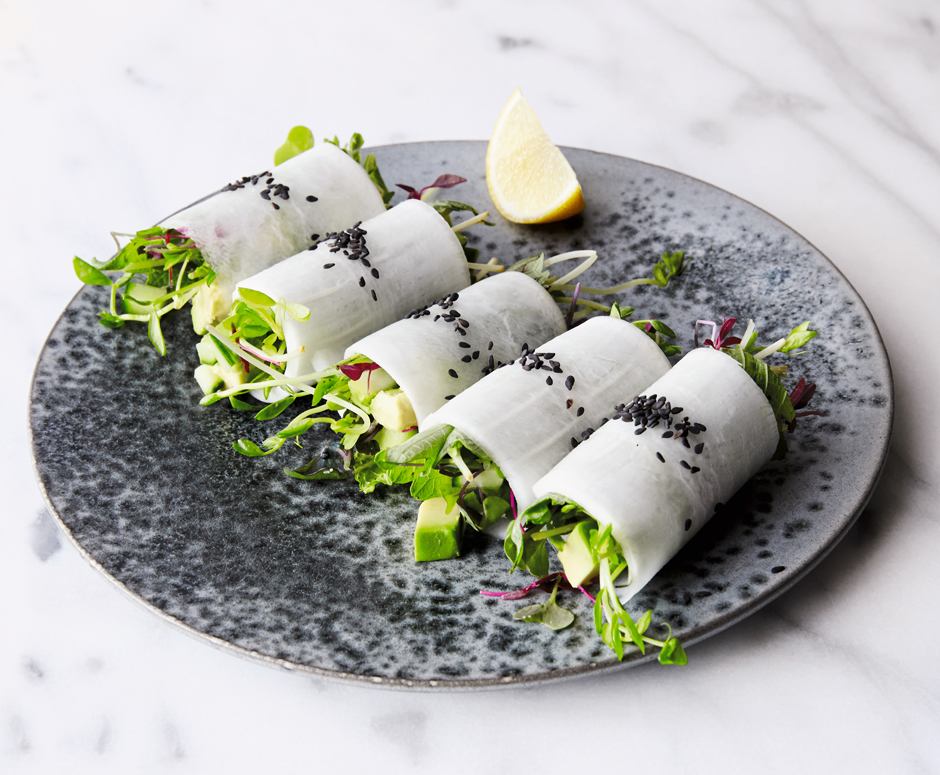 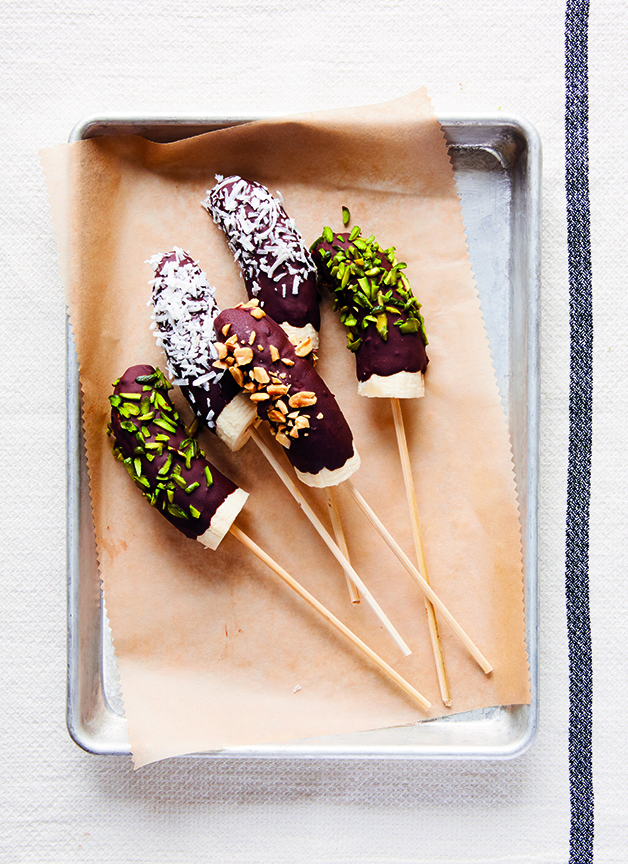 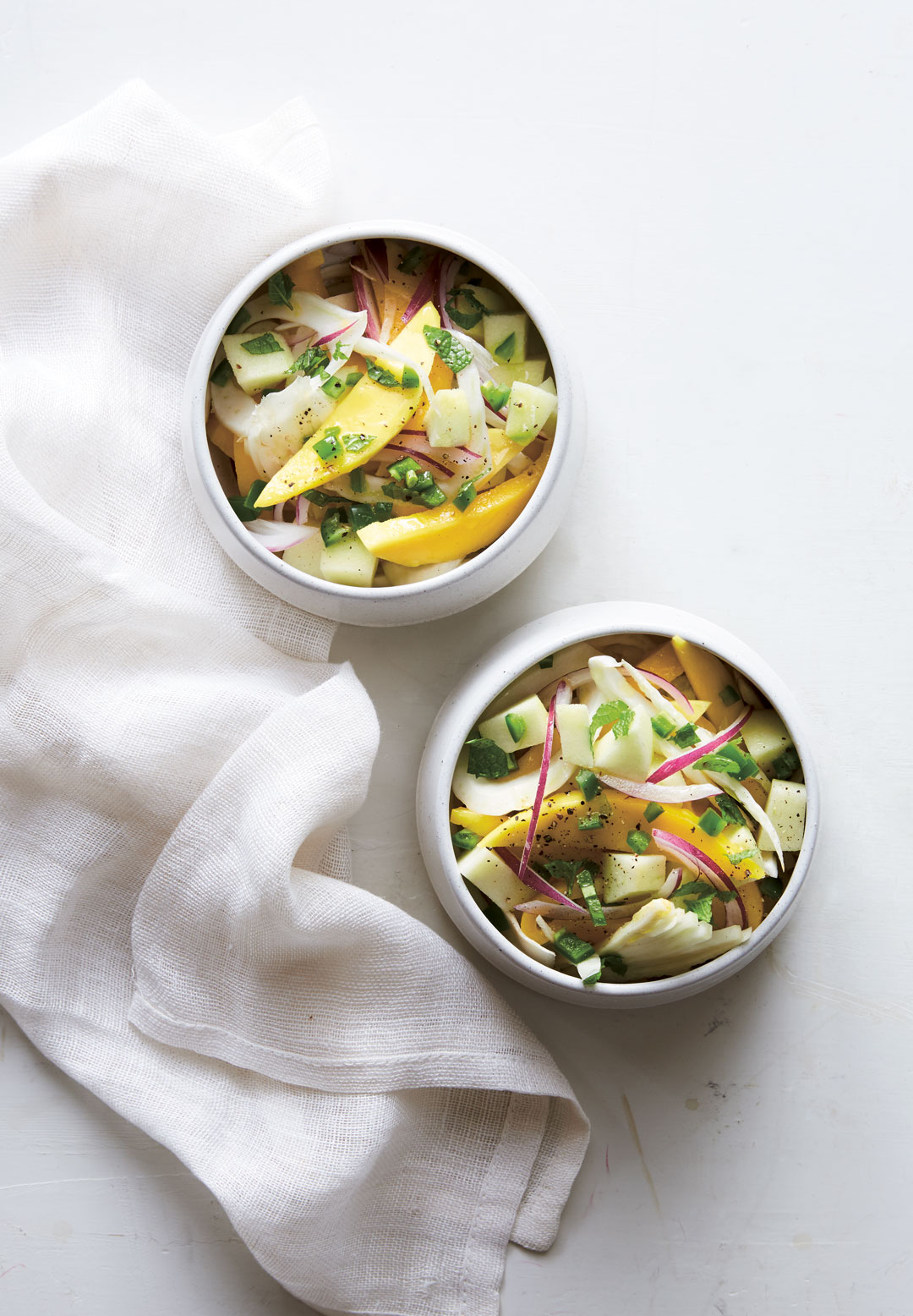 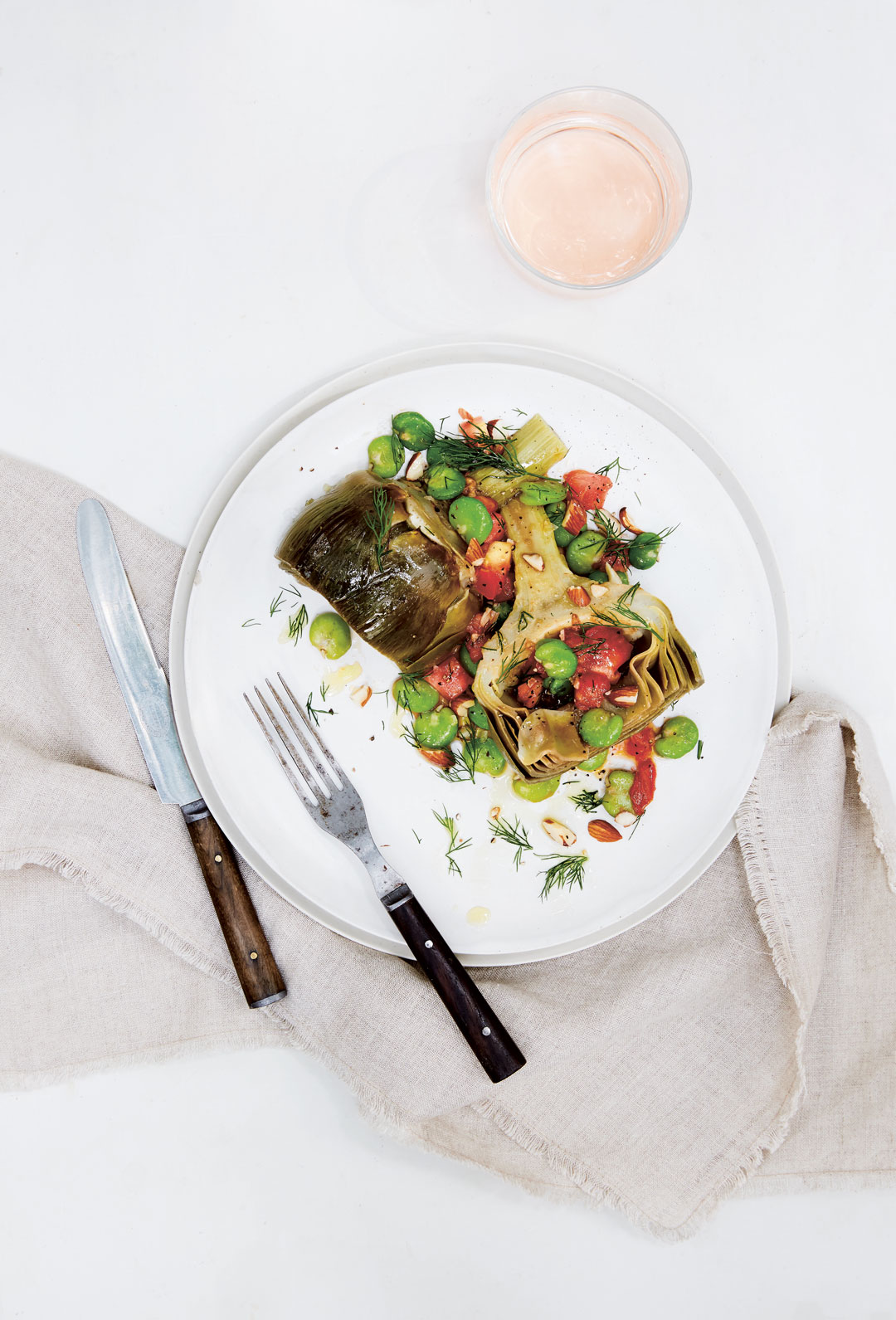 Artichokes with almonds and fava beans 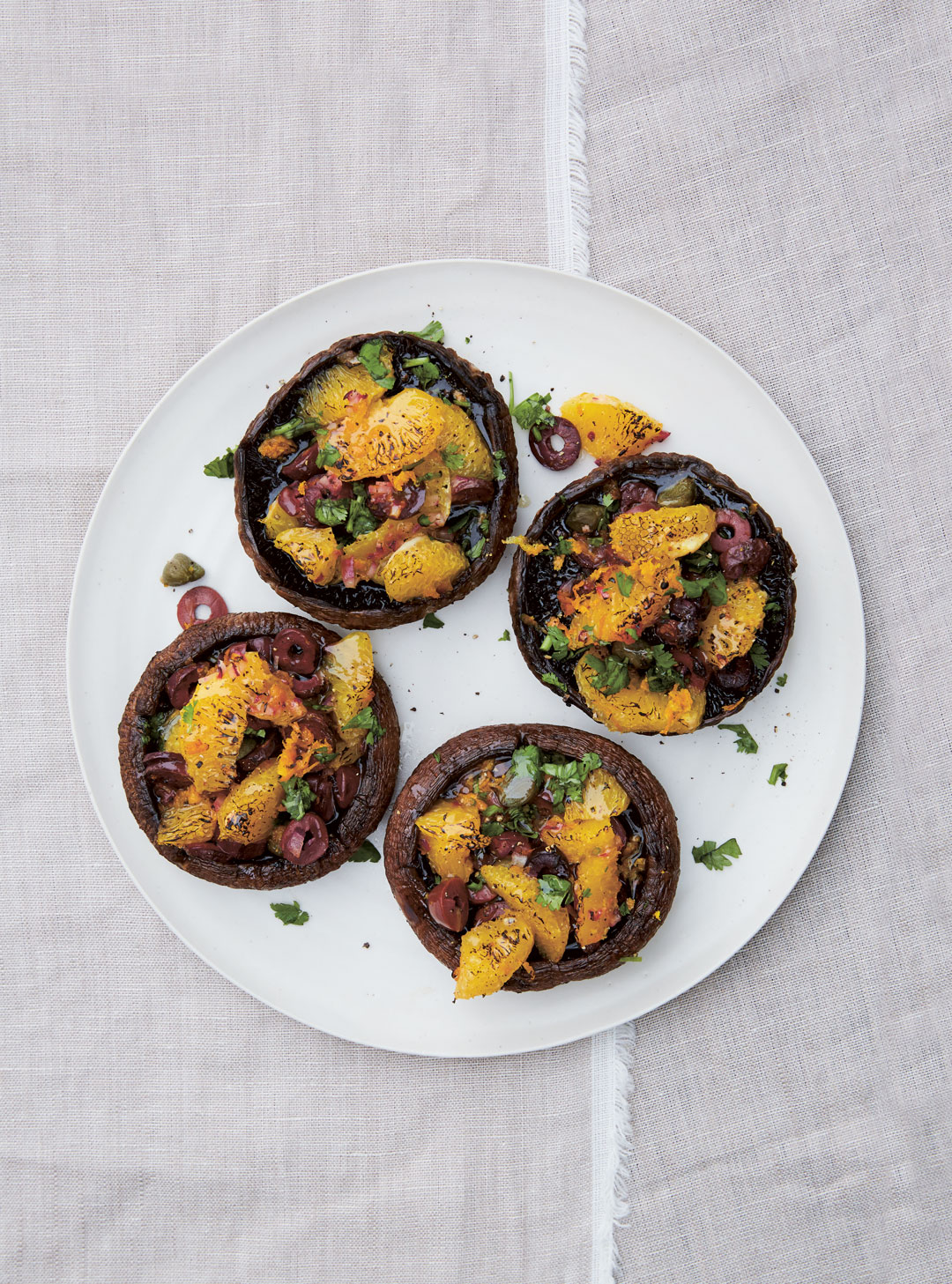 “Should you choose to become entirely vegan, I suggest procuring the best ingredients you can," Jury writes. "If there is a farmers’ market in your area, get to know the farmers and how they grow the food, and eat your way through the seasonal calendar.” That might sound like quite a commitment but it's one we're certainly up for. If you are too, then find out how you can put all this together into the kind of dishes pictured by buying a copy of Vegan: The Cookbook here. 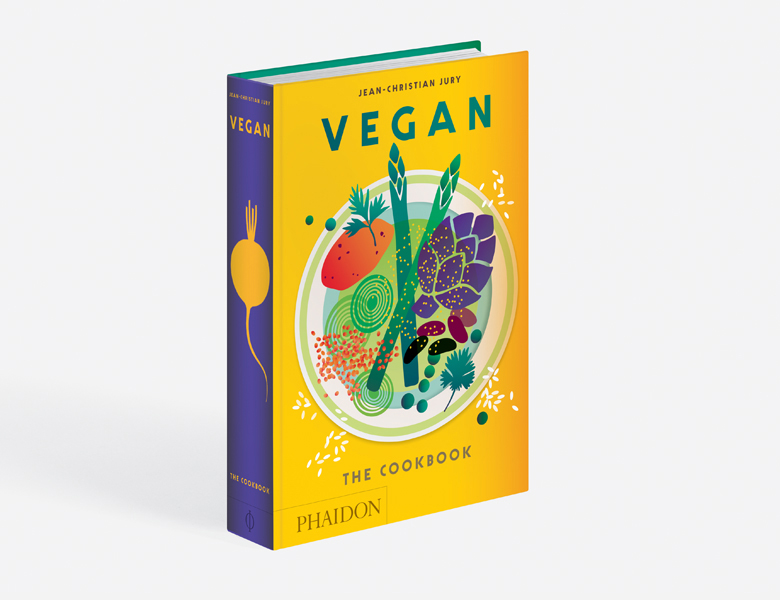 "The definitive and most comprehensive cookbook of traditional and authentic home cooking vegan dishes from 150 countries around the world."—Vegan Magazine

With nearly 500 vegetable-driven recipes, Vegan: The Cookbook, inspired by cuisines around the work, brings vegan home cooking to new levels of deliciousness. Featuring dishes from countries ranging from Albania to Zambia, it showcases the culinary diversity of vegan cuisine, highlighting regional fruits and vegetables, traditional cooking techniques, and universally delectable flavours. Home cooks will discover sweet and savoury starters, soups, salads, mains, and desserts for all to enjoy, accompanied by straightforward instructions and gorgeous colour photography.

"Vegan is not only an informative cookbook but... also [a] guide to the right way to eat... It shows how a vegan diet can be both delicious and full of nutritional value." —Kwang Uh, Chef, Baroo

"Now you can eat your way around the world with Jean-Christian Jury, without leaving your kitchen. There are over 450 vegan dishes in Vegan: The Cookbook from countries such as Peru, France, Turkey, India and as far away as Nigeria and Tunisia. He has done all the work so we can go on a gastronomic tour of the globe."—Chloe Coscarelli, vegan chef and cookbook author

"From the first sight and then the first bite at Jean-Christian Jury's La Mano Verde in Berlin, I was in love. Now, with Vegan: The Cookbook, it's a dream come true to have Chef Jean-Christian in my kitchen! The recipes in this beautiful book are creative but not complex, thanks to his clear directions."—Mimi Kirk, bestselling author, plant-based chef, international speaker

"For a long time, vegan cooking has lived in the shadow of the health food movement of the Sixties and Seventies, but here's a cookbook that blasts away the past and jumps boldly into a multi-culinary future where veganism isn't just about saying no to animal products but is instead about saying yes to hundreds of mind-blowing dishes from Iraq to Ireland, and from the Philippines to Peru."—Amanda Cohen, chef & owner, Dirt Candy

"Jean-Christian has long been a pioneer and visionary leader in the plant-based world. Vegan: The Cookbook brings to life the depth of experience, creativity and global approach that has defined his work over the last several years. I am glad to see these wonderful recipes shared with a world that has a growing interest in healthier, sustainable cuisine."—Chef Matthew Kenney

"There are more than half a million vegans in the UK, according to the Vegan Society. That's a whopping three and half times the number from 10 years ago. Veganism used to be considered a quirky, left-of-centre lifestyle choice; in 2017 it goes mainstream... [Vegan: The Cookbook] promises to be the definitive guide to vegan cooking."—The Independent

"The definitive and most comprehensive cookbook of traditional and authentic home cooking vegan dishes from 150 countries around the world."— Vegan Magazine

"A tour de force of vegan cuisine inspired by the culinary traditions from every corner of the globe."—theKitchn.com

"Indulge in animal free fare from around the world."—Natural Lifestyle

"With nearly 500 plant-based recipes, Vegan: The Cookbook includes exciting dishes from cultures and cuisines around the world."—Peta.org.uk

"[This] comprehensive cookbook is a gastronomic tour of vegan cuisine, featuring nearly 500 recipes from France to Nigeria. Beautifully illustrated, the dishes are both creative and easily executed. (It's also a gorgeous coffee table accessory.)"—Furthermore/Equinox

"If you buy just one cookbook this year, make it Vegan: The Cookbook."—PETA

"Extensive... Could otherwise be known as the Bible of vegan cooking. We love how comprehensive this book is, boasting more than 450 recipes from more than 150 countries... This book really has everything you need to suit every mood, taste and occasion... If you're worried meat-free eating might lack variety, look no further than this esteemed Californian chef's homage to vegetables... This comprehensive collection is bound to change your perception of vegetarian eating. Recipes are inventive and sophisticated, but simple enough for the home cook to follow... You'll find something for everyone."—Independent.co.uk

"A new globally-inspired recipe book has emerged. Vegan: The Cookbook contains more than 500 'I can't believe it's not...' recipes that will wow your next dinner party guests."—Standard.co.uk

"Vivid, vibrant and visionary... [A]n amazing repertoire of dishes from appetizers to desserts that will appeal to and satisfy everyone - vegan to omnivore..."—BookPage

"A mammoth of a book... A thoughtful compilation of international recipes... Presented in an accessible way intended to appeal to both vegans and non-vegans alike."—The Daily Meal

"...Filled with the scents and sensibilities of the world's plant-based bounty... Vegan: The Cookbook is a welcome and welcoming compendium of the many flavors and pleasures that we can rustle up in our own kitchens.. The thrill of discovery lurks in every page."—The Vegetarian Gazette

"The culinary diversity of vegan cuisine is the focus here with vibrant photographs shared throughout."—Books for Better Living

"Mouthwatering... I have made excellent dishes from it."—Vegan Life

"A cheesecake like no other. Its color is out of this world as is the taste. If you have never tried any vegan baking, this is a stellar place to start."—Splendid Table Weekend Kitchen newsletter

"Will excite and satisfy vegans, vegetarians and omnivores alike."—Healthy Magazine

"If you ever thought vegan food consisted of just tofu and vegetables, think again... Covering starters, mains, desserts and everything else in between, you'll be wondering why you ever needed meat in the first place... A book full of passion and an honest love for cooking."—Women's Fitness

"More of an encyclopaedia than a cookbook... The recipes are hugely varied and take influence form all corners of the world."—The Vegetarian

"He is a leader in vegan cuisine. His recipes are inspired by his travels around the world, and almost 500 are compiled together in his fantastic new book Vegan: The Cookbook."—Bibelot Magazine online

"The cookbook that's been making me very happy in the kitchen." —Wall Street Journal

"[A] much-anticipated cookbook... Jean-Christian Jury shows how plant-based dishes can be fresh, flavoursome, and satisfying. With recipes from more than 150 countries, there is a meal for every taste, including dishes immediately recognisable as vegan, as well as vegan takes on classics."—AmbroSIA (Hong Kong)

"Convert a friend to the joys of a plant-powered diet with this definitive guide to vegan cooking... Mouth-watering."—Health and Fitness

"Veganism has gone mainstream and Phaidon, publisher of high-quality art and cookery books, know just how to make a book that vegans will want to use... A genuine vegan bible. It's huge, encyclopedic, colourful and beautifully produced. It doesn't preach or get political, "at the root of it", author Jean-Christian Jury writers, "vegan food is just food". This book assumes its reader is already a convert and just gives them the recipes they want, each is tagged with its origin country: Canada, Myanmar, Trinidad, and many more."—CultureWhisper.com

"For some clean living once January hits, this Vegan cookbook will be a great addition for anyone who likes cooking up a storm... A great guide with over 500 recipes so more than enough to get someone started in plant-based recipes." —Global Mouse.com

"This beautiful tome will provide vegans and the vegan-curious with inspiration aplenty. Featuring 500 recipes from cuisines around the world, it's testament to how creative and delicious vegan food can be." —AskMen.com