The Men’s Fashion Book, like fashion itself, is something of a joy. Rather than simply profile designers and fashion houses, this new book offers a wildly holistic overview of the elements of contemporary male apparel. It encompasses a very wide range of figures,  taking in film stars, retailers, tailors, artists, stylists and photographers and magazines that have changed male fashion over the years.

In the book, readers can chart the obvious influences of big cultural forces, such as rock ‘n’ roll. Yet there are subtler, long-term pressures that have changed the way we all dress, which are also picked up on in the book.

Take the rise of computing. We might think of clothes design and tailoring as one of the last, enduring, analogue applied arts, with pencils and paper, and needles and cotton yet to be supplanted by zeroes and ones. Yet, in profiling the influential American designer, Jhane Barnes, our book proves others otherwise.

“Dubbed a ‘fashion nerd’ by Wired magazine in 1996, Barnes was among the first designers to embrace computer technology in her textile designs,” says The Fashion Book. “Her early customers included rakes such as Elton John, Hall & Oates, and John Lennon, and in 1980, at just twenty-five, she became the youngest Coty award winner. Two years later, Barnes designed her first textile using an Atari computer, and soon she was exploring how technology could help her create ever more abstract textiles.”

The book also includes a profile of Steve Jobs, the late head of Apple, who, contrary to his lasting public impression, once gave “keynote presentations in bow ties and double-breasted suits.”

That look changed in the 1980s, when Jobs visited a Sony factory in Japan,  “and was smitten by the employees’ Issey Miyake–designed uniforms.,” explains the book. “He reached out to Miyake to make some for Apple, but the individualistic employees at Jobs’s California tech empire raged against the idea of company-issued clothes.”

Jobs however craved uniformity, and in the early 1990s adopted his signature look of a Miyake mock neck, washed-out jeans, and New Balance sneakers. “In the decades to come, wannabe tech stars, such as Facebook’s Mark Zuckerberg and Twitter’s Jack Dorsey, aped Jobs’s sartorial consistency in their own way. In the aughts Jobs’s so-basic-it’s-stylish outfit made him a normcore icon, influencing the attire of on-trend urbanites."

Though perhaps the most enduring influence tech has had on the way we dress lies not in computer-generated designs, nor in the austere wardrobes of Silicon Valley’s elite, but in the way digital communications has let us all follow diverse looks from around the globe. The book includes entries on digital entrepreneurs, including Kevin Ma, founder of Hypebeast, social media influencers, such as as the young American, Luka Sabba, and photographers like Scott Schuman, who pushed people watching and street style online. 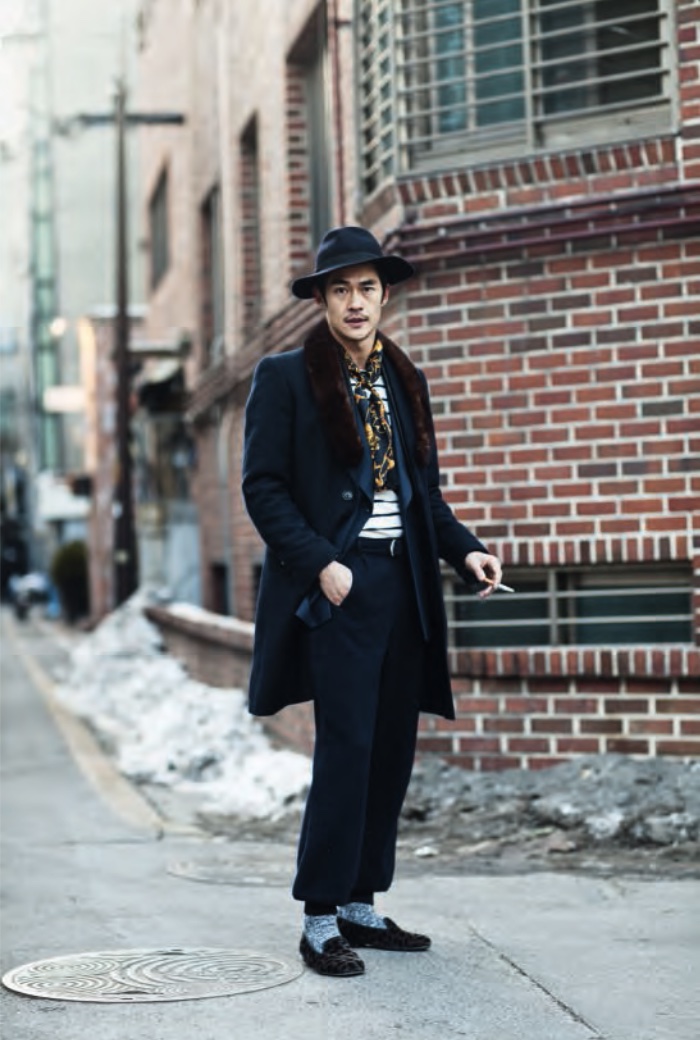 Man photographed for The Sartorialist in Seoul, South Korea. Photograph by Scott Schuman

“The Sartorialist, the blog founded by fashion industry veteran Schuman in 2005, changed the way people saw fashion,” explains his entry in The Men’s Fashion Book, “Inspired by noted street-style photographers such as Bill Cunningham and by National Geographic’s Steve McCurry, Schuman began roaming New York City with a digital camera. He photographed anyone whose originality he admired and published a single portrait for each subject on his blog with a location and the occasional brief caption. His images captured real everyday people—albeit stylish ones—going about their daily lives and in turn caught the eye of the fashion industry. Photographing men from Mumbai to Florence on the street or in cafés, Schuman—whose own fashion guru is Giorgio Armani and who often works in a simple, elegant suit—has an eye for what’s stylish, be it white jeans worn in winter or a printed or leopard-pattern shirt layered under a plain jacket.”

To see all these looks, and many more besides, order a copy of The Men’s Fashion Book here.

Revised and updated, this new edition of Phaidon's iconic global bestseller The Fashion Book takes a fresh look at the fashion world and the people who created and inspired it. Spanning two centuries, the entire industry is represented: from designers to photographers, editors, creative directors and influencers. Marking significant changes on the fashion landscape, this edition features the new people who have fundamentally shaped the way we see fashion in recent years, including Virgil Abloh, Gosha Rubchinskiy, and Alessandro Michele, influential photographer Petra Collins, designer and contemporary icon Rihanna, and Leandra Medine, alongside fashion pioneers of the previous edition such as Coco Chanel, Issey Miyake, Kate Moss, Erdem, and Richard Avedon. The bestselling - and now updated - classic volume remains a comprehensive and definitive view of the fashion industry today.

"An A–Z of everything you could wish to know about the past 140 years of fashion. Models, moguls, designers and photographers are pro? led and cross-referenced in this indispensable survey." —Harpers & Queen

"Great for young fashion lovers looking to deepen their knowledge because it's easy to use, filled with inspirational images and organised as an A-Z guide of names."—Glamour 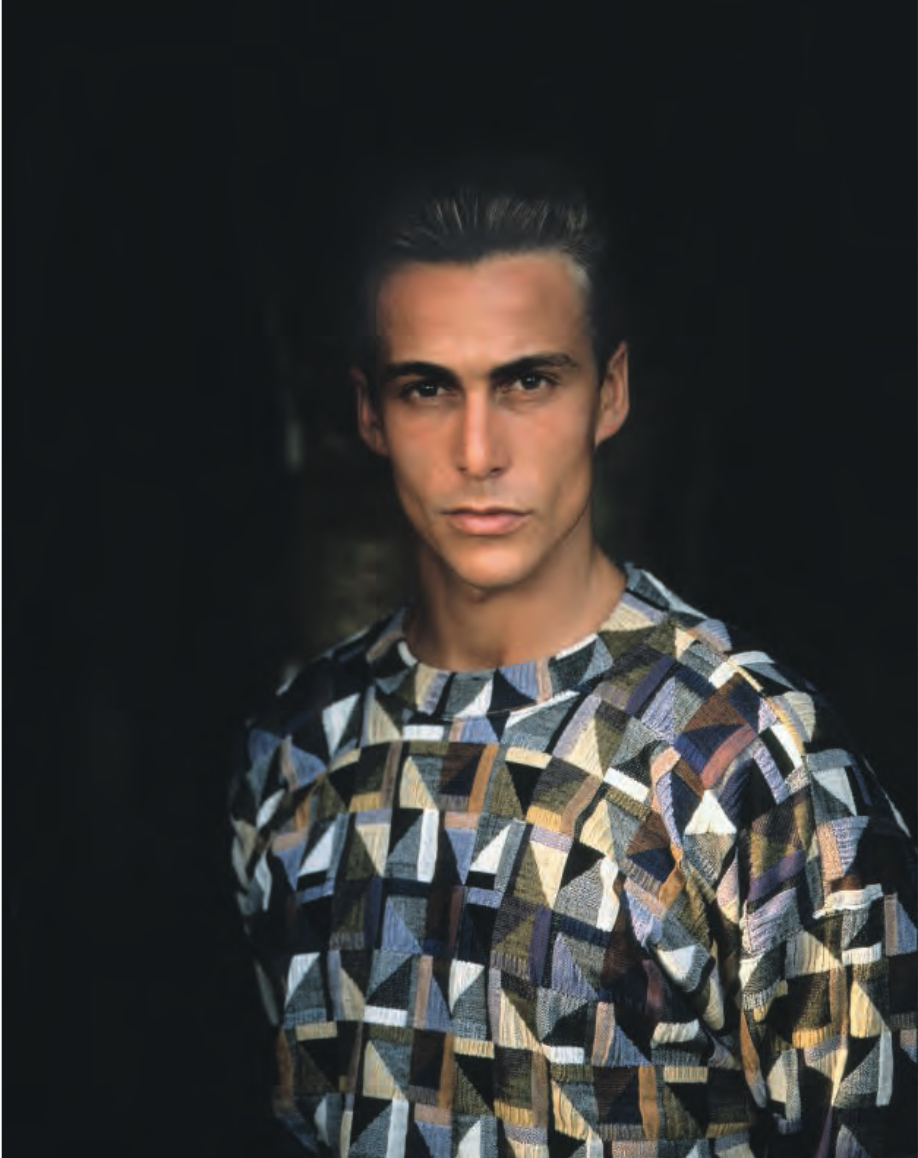 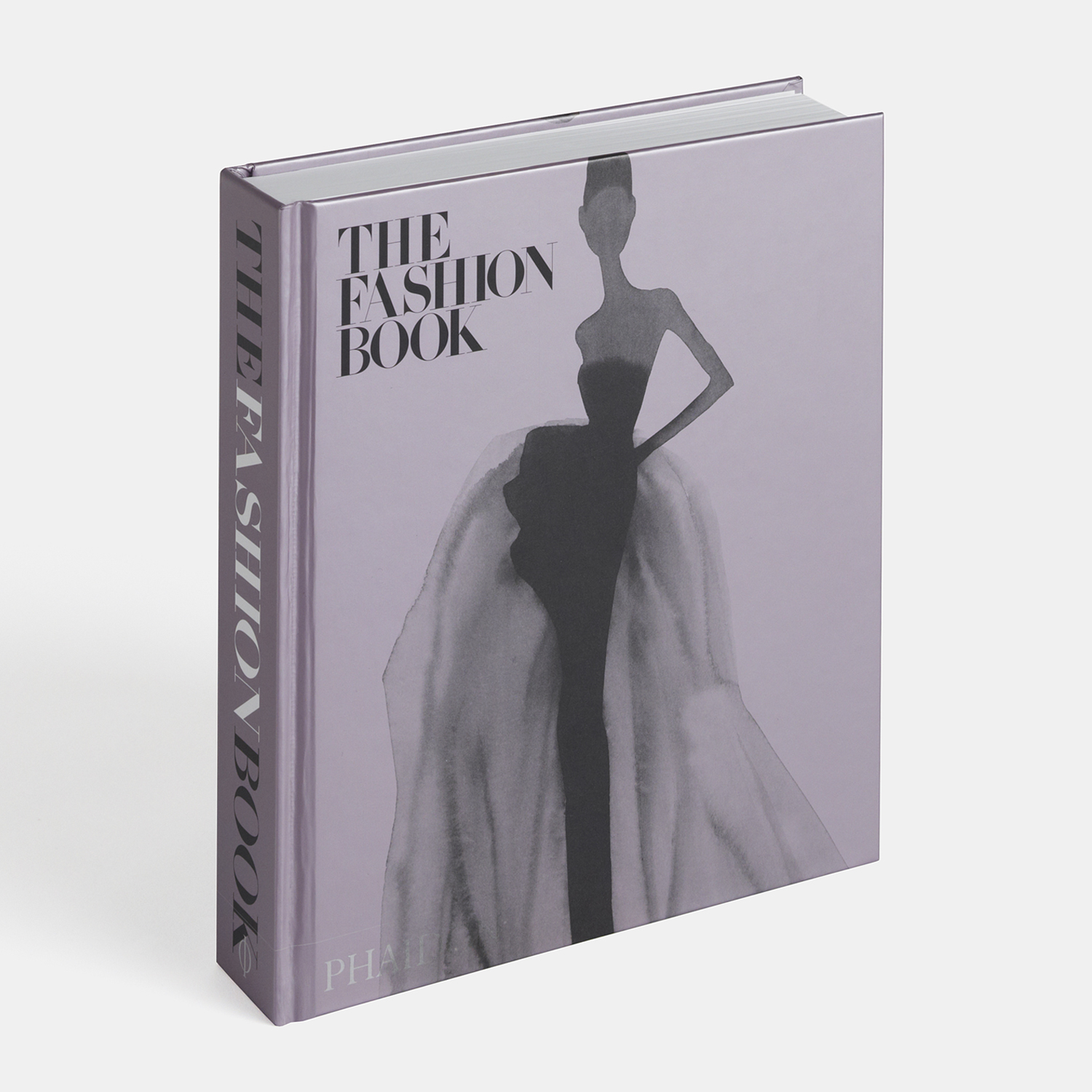