This highly politicised Peruvian artist grew up without a TV, and sees his relationship with drawing as being like that between a skater and his skateboard

Peruvian artist José Vera Matos’s large-scale drawings are shape-shifters: you just can’t quite pin them down. His seemingly abstract compositions can comprise dense rectangular columns or more disparate arrangements of circles, triangles, squares and tetrominos (S-, T-, Z- or L-shapes). Take, for example, ¿Con que fin escribió Guaman Poma su crónica? (For What Purpose Did Guaman Poma Write His Chronicle? ), (2019), in which a series of red spiky graph-like contours intersect. They could be saws whose teeth nearly grate, the visual mapping of sound waves or even blocks falling haphazardly in a game of Tetris. Upon closer inspection, however, these non-figurative forms have another register  that also produces meaning: language.

In Objeto antiguo, objeto marginal (Old Object, Marginal Object)(2019), Vera Matos uses a stylograph fountain pen – which has a thin hollow tube or needle instead of a nib – on bamboo paper to hand transcribe the chapter ‘Marginal Objects: Antiques’ from French sociologist and philosopher Jean Baudrillard’s The System of Objects, published in 1968.

One in a series of eight drawings that use turquoise blue and black ink, he reconfigures these handwritten words to make intricate structures of jagged lines. The resulting patterns are so complex as to seem like an invented syntax of signs that we long to decipher.

Baudrillard’s book considered how different objects are consumed in different ways. He believed that a capitalist society is driven by the need to purchase items, but that this  is a socially constructed situation underpinned by fetishizing objects. In other words, we do not have genuine needs related to genuine uses but, rather, a belief that we must buy things  to have a sense of meaning in our lives. By this logic, objects say something about their users and have a social significance rooted in a specific moment in time.

It is such analysis of objects that appeals to Vera Matos. He has an interest in why contemporary societies are so fascinated with ancient objects from pre-Columbian cultures. The artist believes that we seek meaning and symbolic value from these objects as a way of not only understanding them but also accessing past cultures and perhaps, by extension, owning them in the spirit of colonialism. In turn, we sever their sacred history because of a process of appropriation and even domestication of such entities. Like Baudrillard, he sees the excessive search for knowledge as being fruitless, one that inevitably culminates in some kind of delusion rather than transmitting clarity.

Matos is one of over a hundred contemporary artists featured in Vitamin D3: Today's Best in Contemporary Drawing, our new, indispensable survey of contemporary drawing. We sat him down and asked him a few questions about how, why and when he draws. 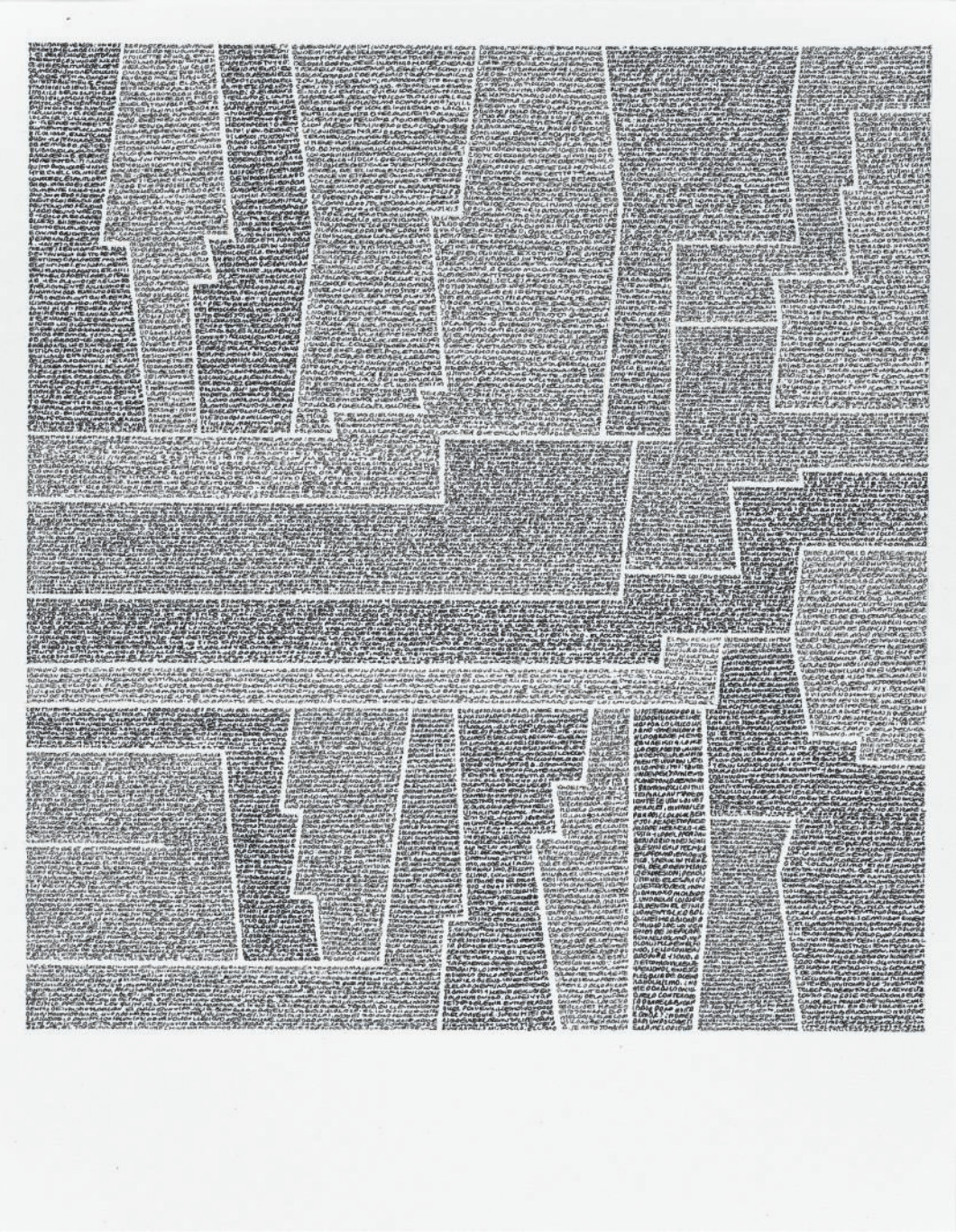 Who are you and what’s on your mind right now? I am José Vera Matos. Peruvian, born in Lima in 1981. Currently I am thinking a lot about Alberto Borea, a very dear friend and an important artist for the contemporary Peruvian scene, who died two weeks ago at the age of 42. So, apart from thinking about him as a person and remembering him as a friend, I am finally understanding a lot of aspects of his work that I may not have perceived as clearly before as I do now.

What’s your special relationship with drawing and how would you describe what you do? My parents raised me without television, so drawing for me was always a way to not get bored, and let's say that over time it became an everyday habit. Sometimes, I still draw when I'm bored. But now I understand drawing more as a discipline, it's an almost physical necessity. My relationship with drawing is the same a skater might have with his skateboard, but it is also an activity that allows me to order and understand with more clarity some ideas that otherwise would be scattered.

The dependence between image and text is something that has always intrigued me. And although my work is more linked to writing than to the figurative aspects of drawing, the graphic character of the pieces is an important key that allows me to  represent the content of the texts I decide to work with. As a kind of exercise of return to that moment in which the image fulfilled the function of writing. 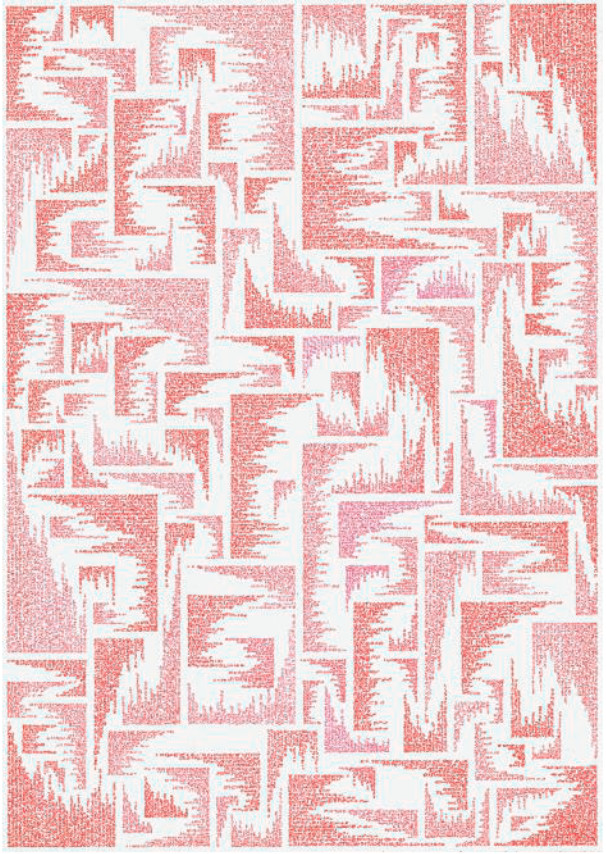 Why is there an increased interest in drawing right now? It seems to me that drawing has always been seen as a previous step to something more "serious" like painting or sculpture, and has been relegated for a long time to the condition of a sketch. But that is a vision from the Fine Arts and one of the most fascinating characteristics of drawing is that it exists before the Fine Arts. Drawing has existed since the beginning of mankind, it was a first impulse. It is the base of all our alphabets and therefore of the knowledge. I have heard people say "you should try to explore areas outside drawing that allow you to go deeper into more complex problems and blah blah blah" and it seems to me that they simply ignore the origin, function and possibilities of drawing. For quite some time now, and thanks to a number of incredible artists who use drawing as their main medium, drawing is beginning to arouse more and more genuine interest.

What are the hardest things for you to get ‘right’?   Probably decide which books to work with, find the visual possibilities of the text.  Tracing the designs and patterns is a job that requires a lot of concentration and time, it can be extremely tedious depending on the formats.

Is the immediacy of drawing part of its appeal for you?   Not necessarily, I can take several months to finish a drawing. I guess what attracts me most to drawing is the paper.

Can you explain the difference between drawing as a child - something we can all relate to and drawing as an artist - something must of us cannot? If we understand drawing as a crucial part in the development of communication systems since prehistoric times, we will realise that there is no major difference in the action itself, because in both cases it is an exercise in graphic symbolization. The difference lies in the conscious decision one makes to dedicate an entire life to interpreting and representing reality or even to asking oneself a series of questions through drawing.

What do most people overlook when they attempt to ‘assess’ drawing? I have no idea

When do you draw and what sort of physical, spiritual, mental or geographical place do you have to be in generally for it to work? I draw from Monday to Friday, from 10 am to 7 pm. I need to be in my studio, I need coffee, good lighting, my headphones and NTS Radio.

You can see more of Matos’s work via his gallery Casado Santapau, and via his Instagram @joseveramatos. Meanwhile, Vitamin D3: Today's Best in Contemporary Drawing, featuring over 100 artists including Tania Kovats, Rashid Johnson, Rebecca Salter, Toyin Ojih Odutola, Deanna Petherbridge, Christina Quarles, and Emma Talbot is available now in the store. We'll be running more interviews with artists featured in the book in the coming weeks.

More on José Vera Matos - Why I Draw