We speak to this contemporary artist, featured in Phaidon's new, indispensable survey of contemporary drawing

“Rachel Goodyear’s  drawings – and her wider practice – invite us to be swept away, led, with childlike innocence, to a world of celestial mystery, psychological abstraction and curious dark rituals. In her intimate and delicate works on paper – small enough to necessitate close-up viewing – we find an ensemble of different characters, contexts, situations and actions,” writes James Smith in Vitamin D3, Phaidon’s new, indispensable survey of contemporary drawing. “In works such as Balancing (2019), we see a woman of roughly middle age rendered in soft, almost brush-like lines of pencil and pencil crayon so that her outline is hazy. She has been contorted into a near-impossible pose. This is not a yoga posture, nor a torturer’s ‘stress position’; rather with two silver eggs balanced on the figure’s upturned heels, this is something operating entirely by its own set of rules.

“Giving it a basic reading, perhaps this could be seen as a comment on the notion of female fertility? The eggs standing in for ovaries, the female body constricted biologically by their presence, her back turned trying to ignore them yet all the time shaped by their presence? However, in Goodyear’s practice things are not that simple and no one image stands alone, each one linking to the next.

“One must move on to find clues to her larger thoughts. In Molehills (2012), drawn in a more graphic style, we find a single female character (Goodyear’s subjects are mostly but not always women) repeated seven times in something of a lunar landscape where she performs a series of actions. They are directed towards a nameless black beast who lives in a crater; he strokes her leg in one scene, while she dances for him provocatively in another.

“It is when we assemble Goodyear’s pictures together in our minds that we start to see her broader interests, namely interior psychological conditions for which she is not trying to portray a static illustration but rather a dynamic state that one might come in and out of.

“This is seen in Feeder (2019), where we find a young girl drawn in fine detail. She seems lost in a different world, ignoring the viewer but  also the nine red sparrows, highlighted in red watercolour,  that dance and flap around her. As the title suggests, this girl has become an object, stripped of her own agency and put on display in the world. Her psychological state is expressed, not through her lowered gaze, but through the grotesque neck manacle that she has been made to wear; covered in bread-crumbs, like some Greek mythical character, she is forced to endure the insistent company of birds who return again and again to flap and peck in her face.” 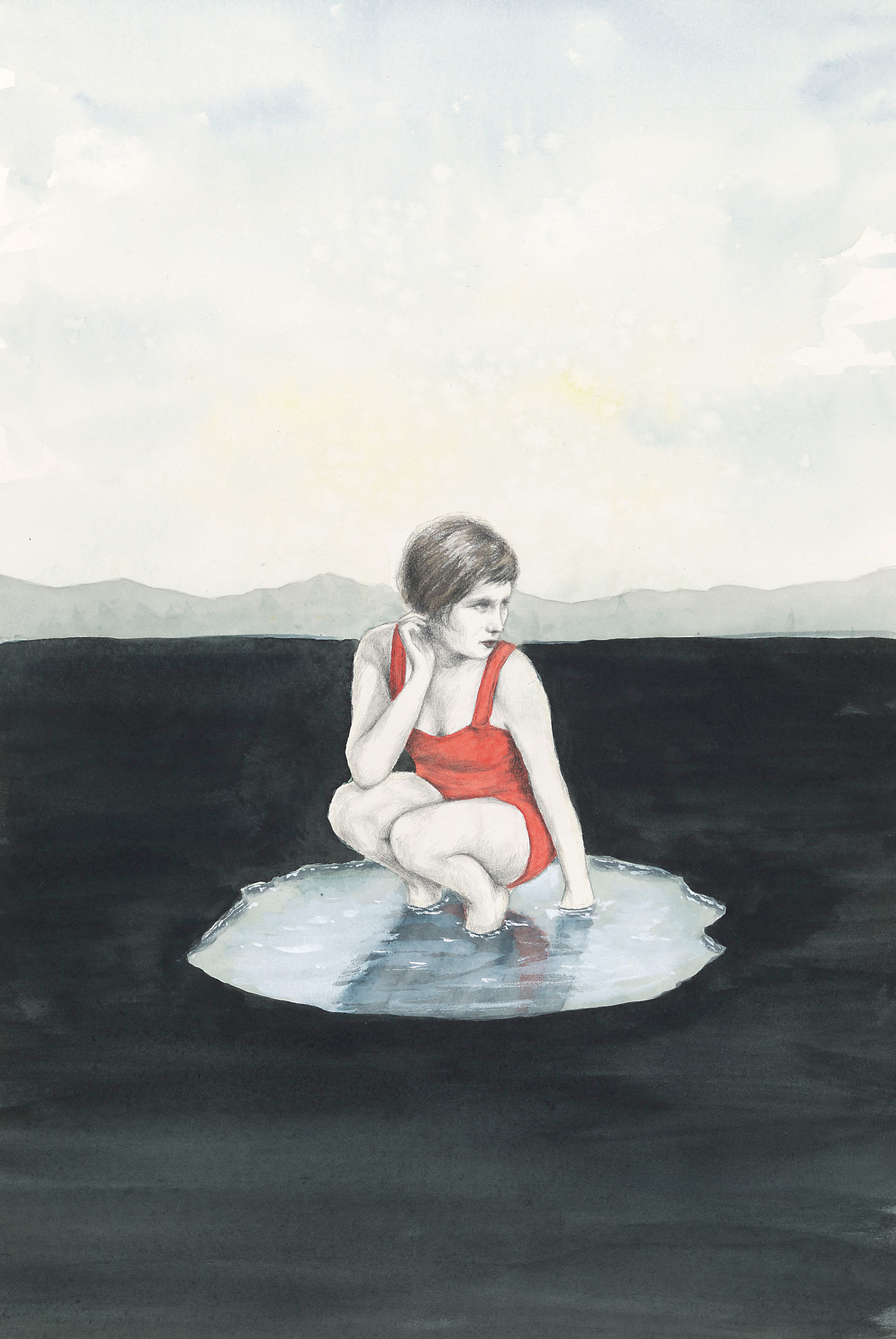