Isn't this the perfect crown for Tomi Ungerer!

The French-born, Ireland-based artist Tomi Ungerer is taking part in the Alliance Française Comic Book Festival, on at the moment in Dublin.

It’s a great fit for Ungerer, whose spirited illustrated books – which are aimed at children, but satisfy many adult readers – draw on both his childhood, growing up in Alsace, and his later years, spent on the West Coast of Ireland. 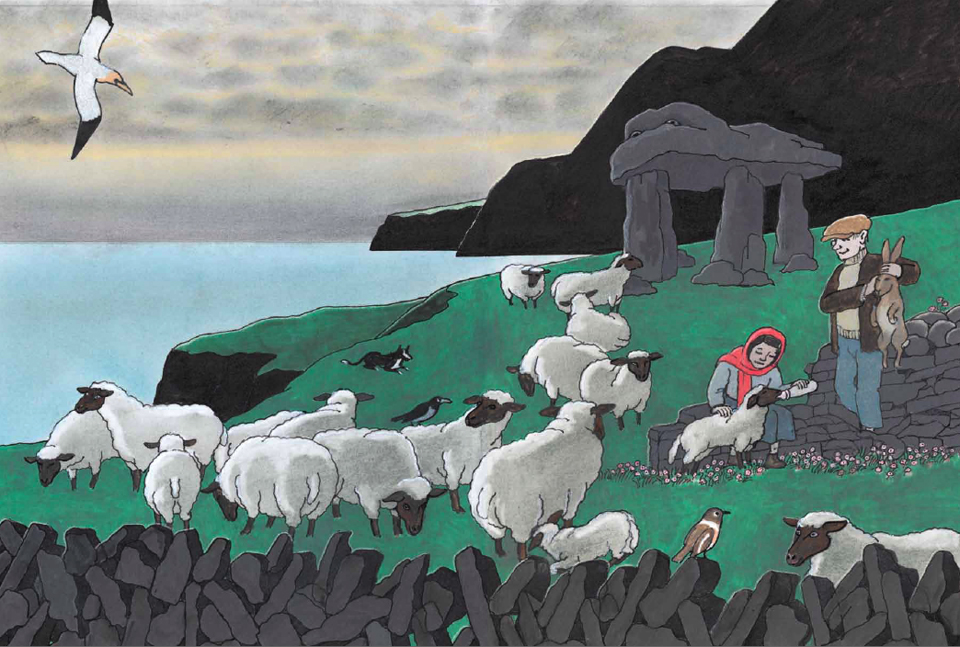 A spread from Tomi Ungerer's Fog Ireland,which is set on the West Coast of Ireland

Indeed, Ungerer was so fitting a guest of the Franco-Irish event, that he was crowned an honorary member of the Illustrators of Ireland on Tuesday. We’re sure Tomi will take the membership to heart, though he looks especially taken with the Illustrators’ hand-made pencil crown. To see more of Tomi’s own handwork, take a look at these books here.