On 20 November 2012 the EchoStar XVI communications satellite was launched from the Baikonur Cosmodrome in southern Kazakhstan. Since then, and over the next nine years, EchoStar XVI will provide high-definition TV broadcasts to US viewers. However, once the satellite drops out of service, it will still carry a small visual record, intended to be seen by a very different audience.

Attached to the outside of EchoStar XVI is a gold-plated case, holding 100 black-and-white photographs representing the human civilisation in all its forms.

The US artist Trevor Paglen created The Last Pictures in conjunction with the public arts body, Creative Time, and, as he says in his new Phaidon book, the project intended to serve as “a collection of images for the far future, a future where there is no evidence of human civilization on Earth’s surface, but where a ring of dead spacecraft remains in orbit.” 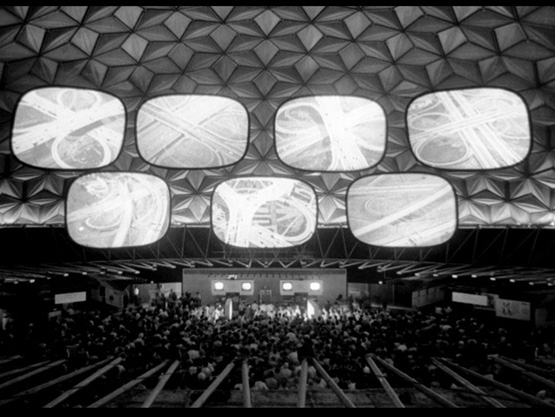 Glimpses of America, the American National Exhibition, Moscow World's Fair, 1959. As featured in The Last Pictures by Trevor Paglen

Of course, humankind has sent summations of earth civilisiation into space in the past, most notably in 1977, when the Voyager 1 satellite had the Voyager Golden record – two gold plated vinyl discs, containing pop and classical music, field recordings, and collection of upbeat, National Geographic-style photographs, encoded into the record’s grooves – fixed to its exterior, before being launched into deep space.

Paglen’s project differs in two key ways. Echostar XVI, unlike Voyager, will remain in orbit around the earth for millions, possibly billions of years; and Paglen’s picture choices –made in conjunction with anthropologists, archaeologists, artists, ecologists, and mathematicians – is a little less cheery than Voyager’s material. 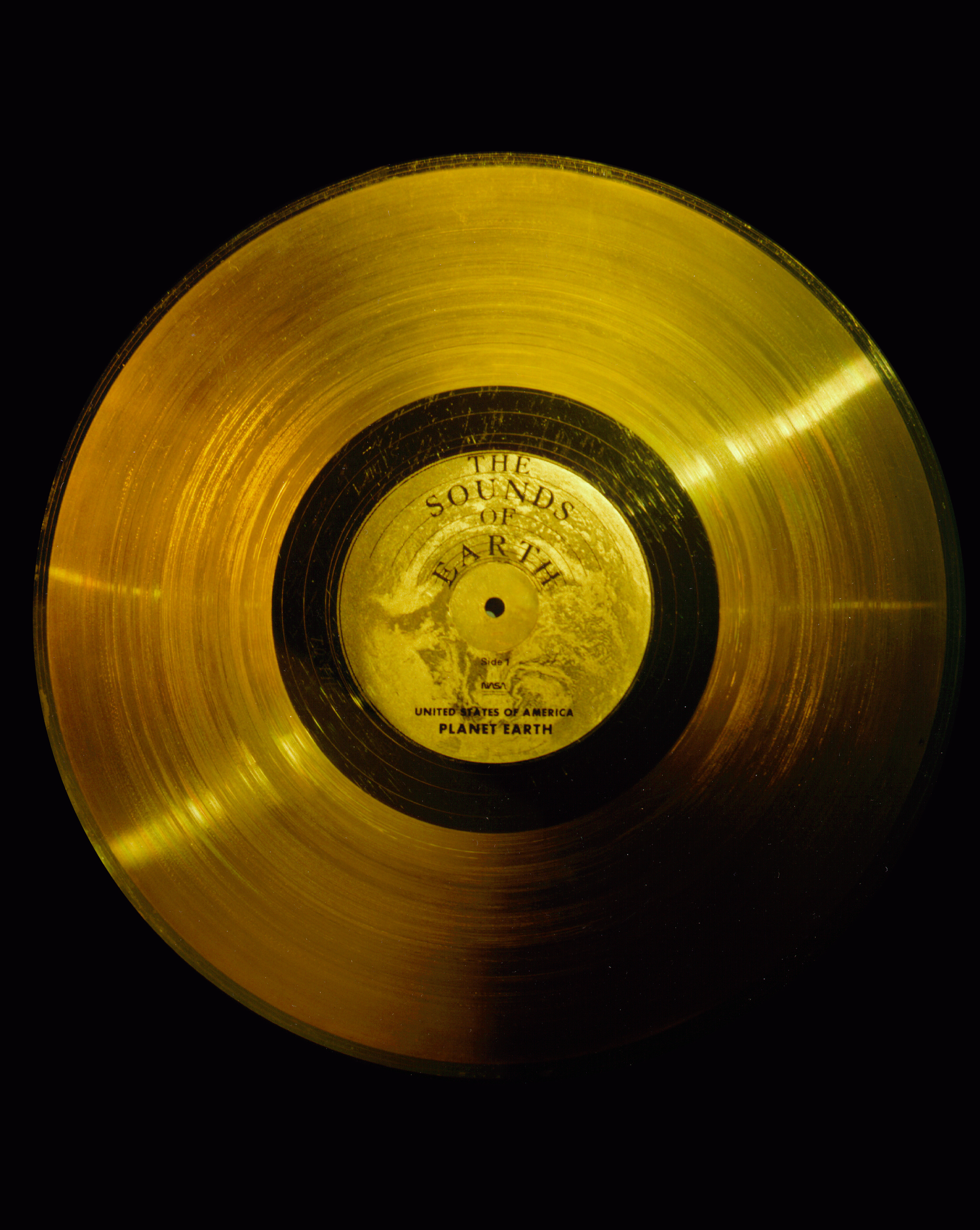 “At first glance, the Golden Record seems very much like an artefact of the 1970s,” says Paglen in our new book. “It’s an LP record attached to the Voyager space probe. One side holds a collection of world music and greetings in fifty-five different languages, and the other side has a collection of images encoded into a video signal. The images are a cross between The Family of Man and National Geographic, which is actually the source for most of them. When you look at the Golden Record’s contents, it looks a lot like a kind of ‘it’s a small world’ multicultural utopia. No images of war, poverty,  inequality, environmental destruction.”

The Last Pictures are, in contrast, filled with less flattering material. There are melting glaciers and nuclear tests, alongside pictures of Concorde, Captain America and personal computers. Whether an alien intelligence might gain a better understanding of earth from Paglen’s pictures is questionable, as the artist himself admits.

“The idea that we can ‘communicate’ anything whatsoever to anything outside our own social and historical context is preposterous,” he admits. “But that doesn’t change the material fact that our communications satellites will, in all likelihood, really be in orbit around Earth for the next four or five billion years.”

The Last Pictures may prove to be the last images that survive from earth, and that in itself makes the project an important artistic achievement. Paglen considers the cave-painting images, taken from the walls of Lascaux in southern France, as being among the most important.

“Cave paintings are an example of images or records we have from cultures that have been radically torn from any historical context,” he says. “They are to us what our spacecraft may be to the future. I actually think about The Last Pictures as cave paintings for the future.”

For more long-lasting work by this stellar contemporary artist, order a copy of our Trevor Paglen book here.