Trevor Paglen’s Orbital Reflector launched yesterday. This is how you can track its progress through the heavens

There will be a new point of light in the firmament tonight, thanks to the artist Trevor Paglen. Yesterday SpaceX’s Falcon 9 rocket blasted off from the California launch pad at Vandenberg Air Force Base, carrying a number of small satellites into orbit, including Paglen’s Orbital Reflector.

Unlike the other payloads, Paglen’s work “has no military, scientific or commercial value,” he explains, “and therefore represents the opposite of every other space programme.”

Why has he done this? Well, while we understand that satellites carry our TV progammes and telephone calls, guide the GPS in our phones, and aid the military and the financial markets, we rarely think of these functions actually occupying anywhere real or tangible. “After all,” he writes, “they happen up there in outer space - out of sight, out of mind.” 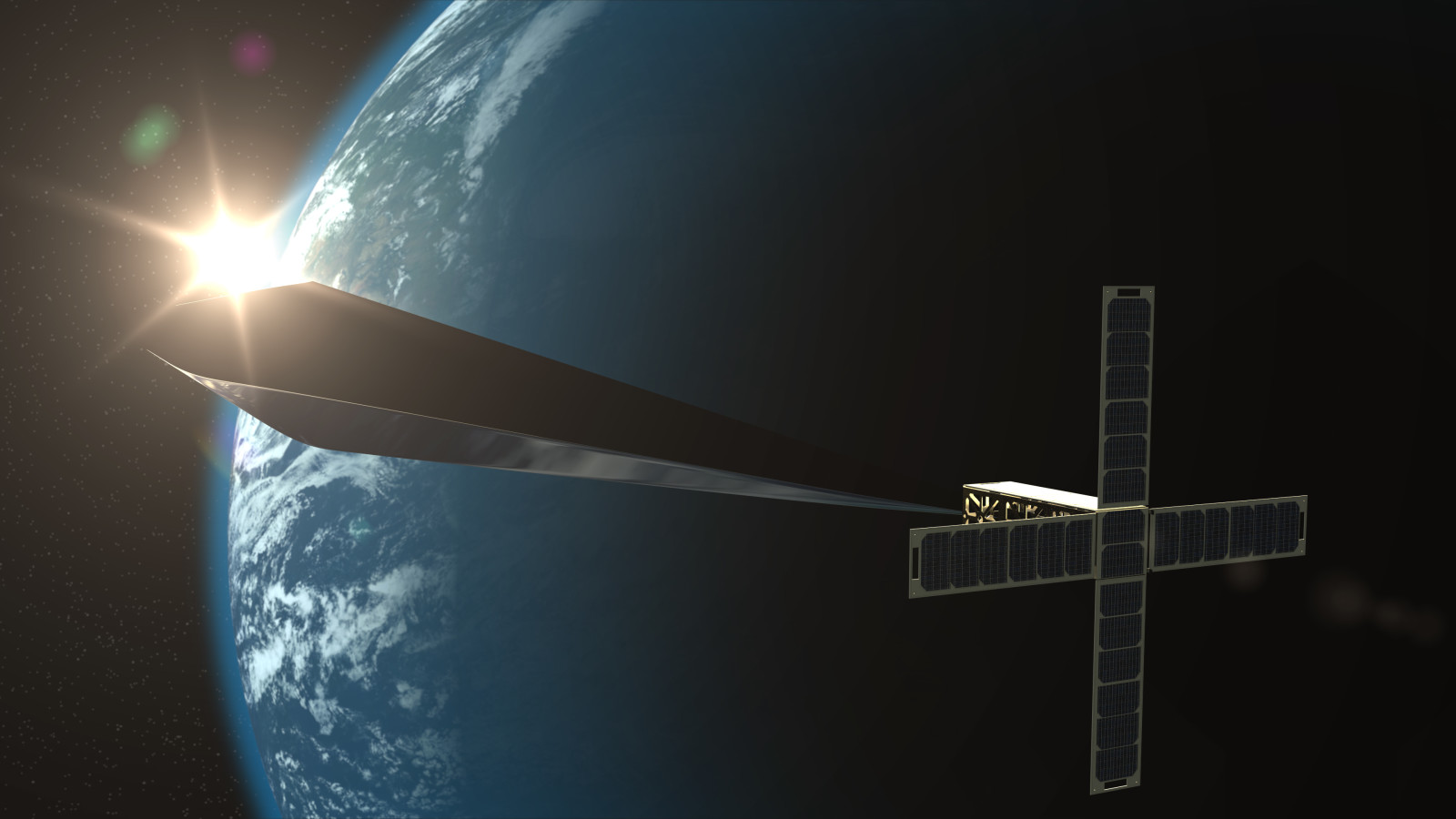 A rendering of Orbital Reflector

“Orbital Reflector changes this by transforming space into place, he says. It makes visible the invisible, thereby rekindling our imaginations and fuelling potential for the future.”

Look up, see Orbital Reflector, and perhaps we’ll think more critically about the unidentified army and spy satellites above us; perhaps you’ll even work towards finding a better use for space.

These sizable ambitions all rest on a relatively small object. Orbital Reflector is a 100-foot-long diamond-shaped balloon, made from a shiny, silver lightweight material a bit like Mylar (the stuff Warhol made his silver cloud balloons out of). Once in orbit and inflated, Orbital Reflector will circle the earth at a height of 350 miles (575 kilometers) from Earth. Sunlight will fall onto the sculpture and reflect back to earth, creating a white, pinpoint of light that shines about as brightly as a star in the Plough or the Big Dipper; though, unlike those celestial bodies, Orbital Reflector will move slowly across the sky.

You can identify it using the Star Walk 2 phone app, or via Paglen’s site, Orbitalreflector.com Though you’ll need to be relatively quick; the satellite will only remain in space for the next two months, before falling back to earth and burning up in the atmosphere.

For more on Paglen’s space and tech themed work, order a copy of our Contemporary Artist Series book on the artist; to kindle an interest in the heavens among younger readers, get Seeing Stars.

More on And we have lift off!