Albrecht Dürer, the German master of the Northern Renaissance was a poineering painter, engraver, print-maker and mathematician. However, he also contributed to our modern age in another distinct way. As Noah Charney, author of our new book The Art of Forgery explains, Dürer also brought about a new type of litigation.

"Dürer was faked frequently,” says Charney. “In fact, he brought the first art-specific intellectual property lawsuit in Venice.” The defendant was Venetian artist Marcantonio Raimondi and the Dal Jesus family, who printed the offending works. Dürer brought the case in 1506, after a friend sent the Nuremberg artist a print that appeared to come from his recent Life of the Virgin series. 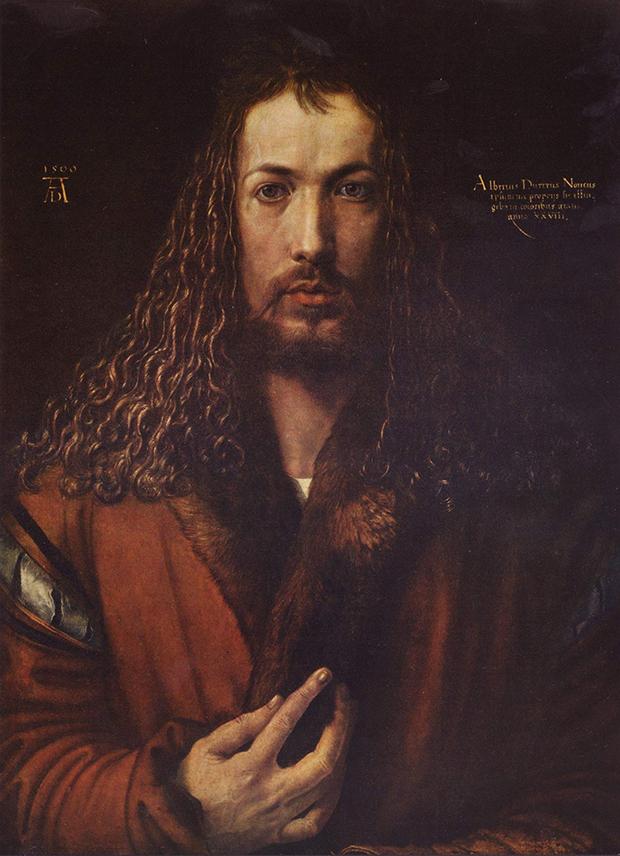 It was an impressive copy, right down to Dürer’s distinctive trademark. “It reproduced Dürer’s own ‘AD’ monogram, something we would consider the first artistic trade mark. Dürer was so famous people would buy works simply on the strength of this monogram,” Charney tells us.

However, the forgers had also distinguished the work, by adding in three differences: two logos from the Dal Jesus family’s publishing firm, and Raimondi’s own marque. “It was essentially Dürer’s work, plus these three differences,” Charney explains.

The inclusion of their logos raised questions of intent. “It’s not clear whether Raimondi was trying to convince people these prints were real Dürers, or if the Dal Jesus family who sold them tried to pass them off originals,” Charney says.

Certainly, Dürer would have recognized the copies as the work of a skilled hand. “They would have been very difficult to do because they are prints that have to be hand carved,” Charney says. However, Raimondi was not, perhaps, the kind of artist others would want copying their work.

“He was the official print maker for Raphael’s paintings,” Charney says, “but he was also an early pornographer. He had illustrated a book called I Modi, or ‘The Positions’ with the playwright Pietro Aretino.” 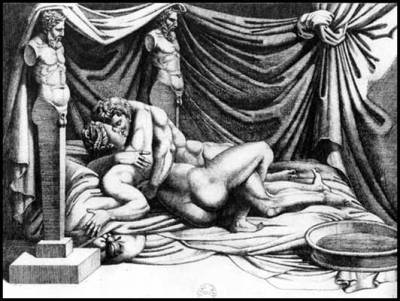 A illustration from by Raimondi

Dürer brought his case in Venice, winning over the Venetian authorities, who ruled against Raimondi and his printers. “They had to remove the ‘AD’ from their pictures,” Charney explains, “but they could continue to sell them as copies after Dürer.”

It is unclear whether Dürer received any financial settlement from his unofficial Venetian copyists. However, he plainly considered any unauthorized reproduction of his work verboten, adding the following passage to the preface of the 1511 edition of Life of the Virgin:

"Hold! You crafty ones, strangers to work, and pilferers of other men’s brains. Think not rashly to lay your thievish hands upon my works. Beware! Know you not that I have a grant from the most glorious Emperor Maximillian, that not one throughout the imperial dominion shall be allowed to print or sell fictitious imitations of these engravings? Listen! And bear in mind that if you do so, through spite or through covetousness, not only will your goods be confiscated, but your bodies also placed in mortal danger."

The Venetian judges might have ruled in his favour, yet as Charney’s book, The Art of Forgery shows, Dürer’s case was far from the last to be brought in the name of artistic infringement. For more on the storied history of art intrigue, buy a copy of The Art of Forgery. For more on Dürer’s life and work, consider this fascinating new appraisal of the maestro of the Northern Renaissance.

The Art of Forgery: The Minds, Motives and Methods of Master Forgers Noah Charney