A look at why the great painter of the Spanish court also depicted witches, giants and demons

Ghosts and witches appear to us to be antique forms, distant enough to entertain us at Halloween, rather than truly scare us. Yet, every aspect of art can be traced to certain events and antecedents, as EH Gombrich’s wonderful history of artistic creation, The Story of Art, makes clear.

So, where would we find the earliest examples of horror imagery? Bruegel? Dürer? Gombrich actually makes a strong case in his examination of the more sinister work of Francisco Goya. As ever, Gombrich places the artist in context, in the cultural turmoil that followed the French Revolution and the Napoleonic Wars.

Goya, like fellow late eighteenth century European painters “discarded the old type of subject matter” of Biblical and Classical scenes, turning attention towards a variety of figurative and fantastic forms. However, unlike his wild British contemporary, William Blake, Goya remained in many respects a conventional, professional painter. His Spanish courtly portraits retain some of the radiance of earlier styles. “And yet Goya’s figures belong to a different world,” Gombrich explains. 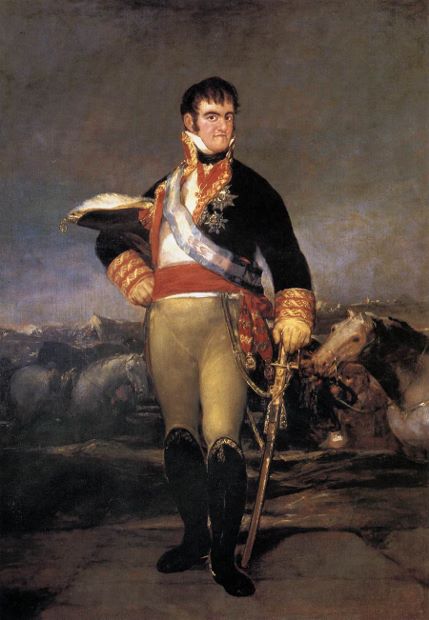 “The skill with which he conjured up the glitter of silk and gold recalled Titian and Velazquez. But he also looks at his sitters with a different eye,” Gombrich writes. “Goya seems to have known no pity. He made their features reveal all their vanity and ugliness, their greed and emptiness. No court painter before or after has left such a record of his patrons”

This twisted aspect was more pronounced in his etchings. “It was not only as a painter that Goya asserted his independence of the conventions of the past. Like Rembrandt, he produced a great number of etchings, most of them in a new technique called aquatint, which allows not only etched lines but also shaded patches. The most striking fact about Goya’s prints is that they are not illustrations of any known subject, either biblical, historical or genre. Most of them are fantastic visions of witches and uncanny apparitions. Some are meant as accusations against the powers of stupidity and reaction, of cruelty and oppression, which Goya had witnessed in Spain, others seem just to give shape to the artist’s nightmares.” 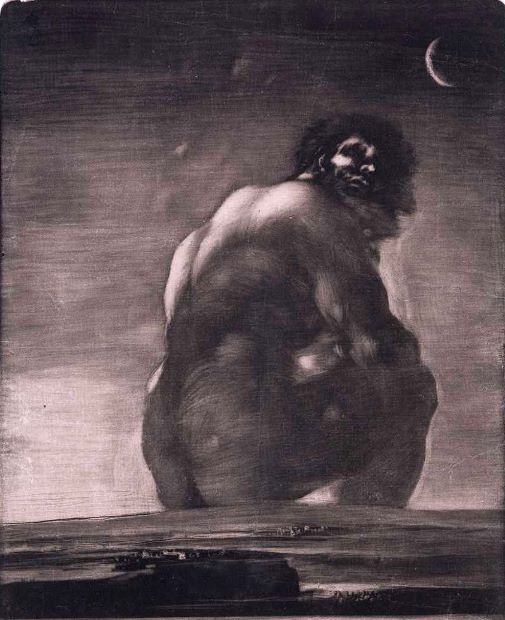 To illustrate this point, Gombrich references Goya’s 1818 work, The Giant, which shows a fantastic, enormous figure, in a penumbras landscape. “We can gauge his colossal size from the tiny landscape in the foreground, and we can see how he dwarfs houses and castles into specks. We can make our imagination play around this dreadful apparition, which is drawn with the clarity of outline as if it were a study from life. The monster sits in the moonlit landscape like some evil incubus. Was Goya thinking of the fate of his country, of its oppression by wars and human folly? Or was he simply creating an image like a poem? For this was the most outstanding effect of the break in tradition – that artists felt free to put their private life on paper as hitherto only the poets had done.”

Viewed from this perspective, any cartoon ghoul or witch on show tonight owes a tiny debt to the Spanish artist who first vented his private apparitions around two hundred years ago this Halloween.

For more on Goya, buy a copy of this great overview, and for more peerless insight into this artistic period and many others, buy a copy of Gombrich's The Story of Art here. 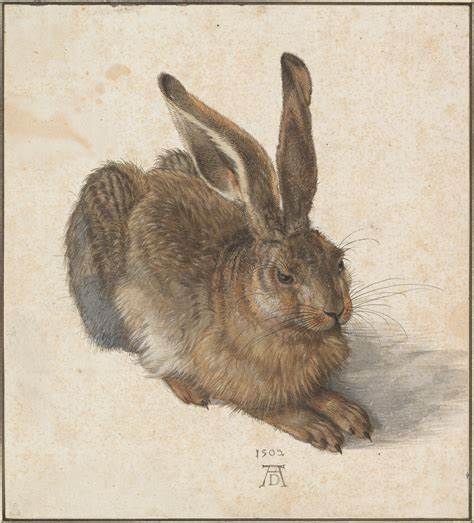 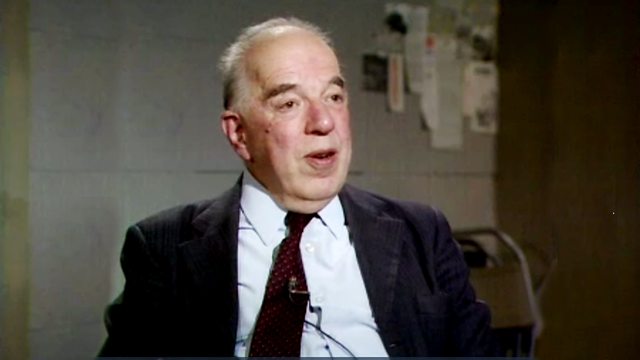 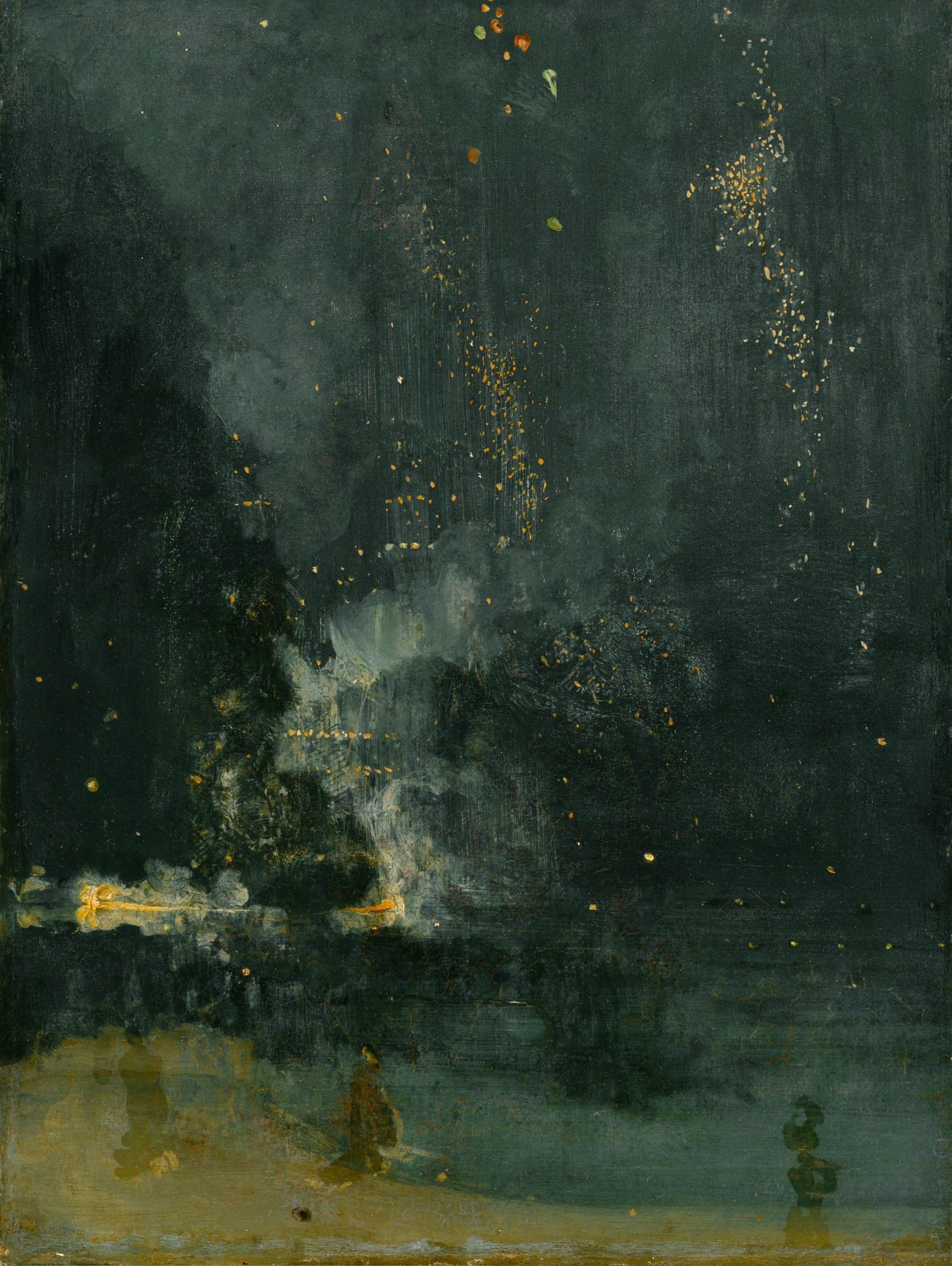 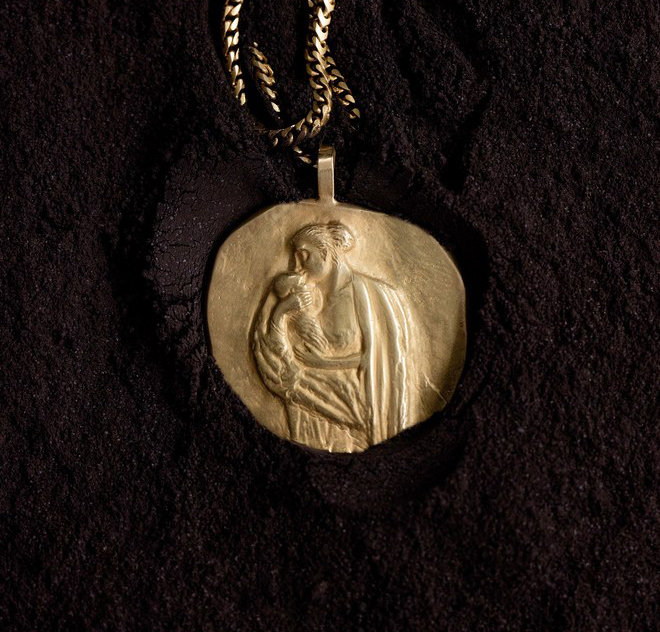 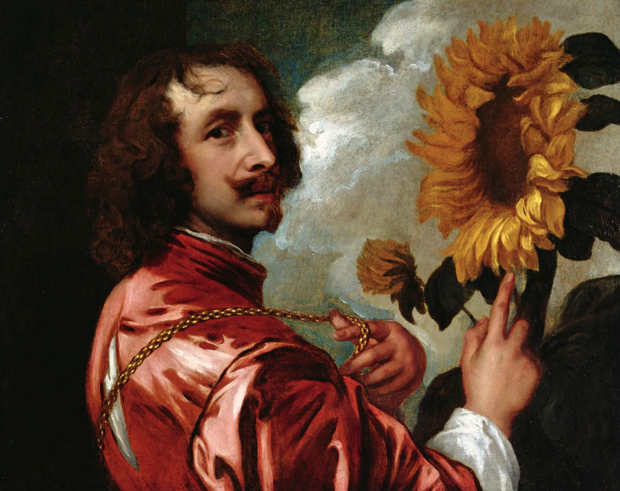 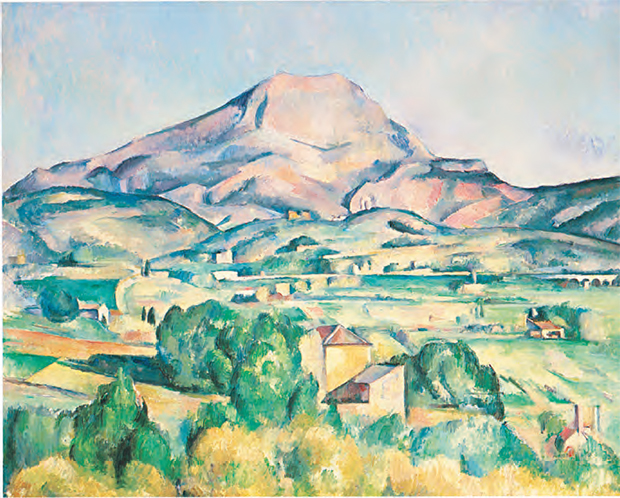 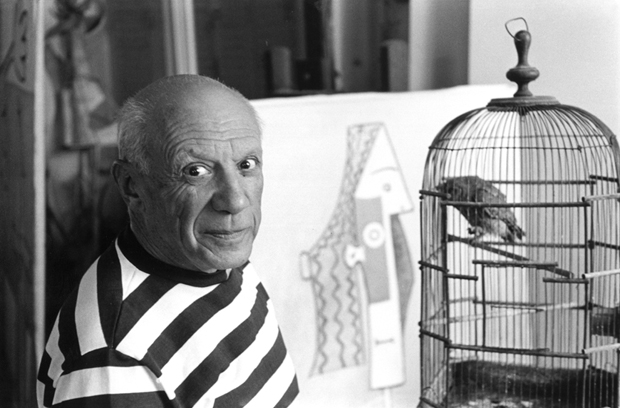 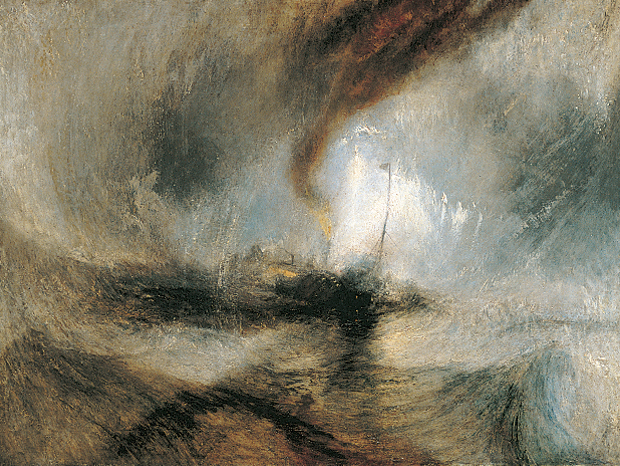