Scandal '63 draws together portraits associated with The Profumo Affair, including a sketch of a mysterious witness

The British political scandal of 1963 hastened the decline of the country's conservative government and signaled the rise of a more licentious, liberal society. At its centre lay Secretary of State for War, John Profumo, who had embarked on a brief affair with the nightclub hostess Christine Keeler two years earlier, despite Profumo being married and Keeler's involvement with the senior Russian naval attaché Yevgeny Ivanov. Any likelihood of British secrets being passed from Profumo to the Russians always seemed slim, yet this hot mix of bigamy, official denials, and libertine pool parties in the British countryside proved irresistible for British press and public.

To mark the event's 50th anniversary, The National Portrait Gallery has assembled a collection of portraits, press photos, newspaper cartoons and promotional movie material, all drawn from the event and its subsequent coverage into a new show called Scandal '63: The Fiftieth Anniversary of the Profumo Affair. 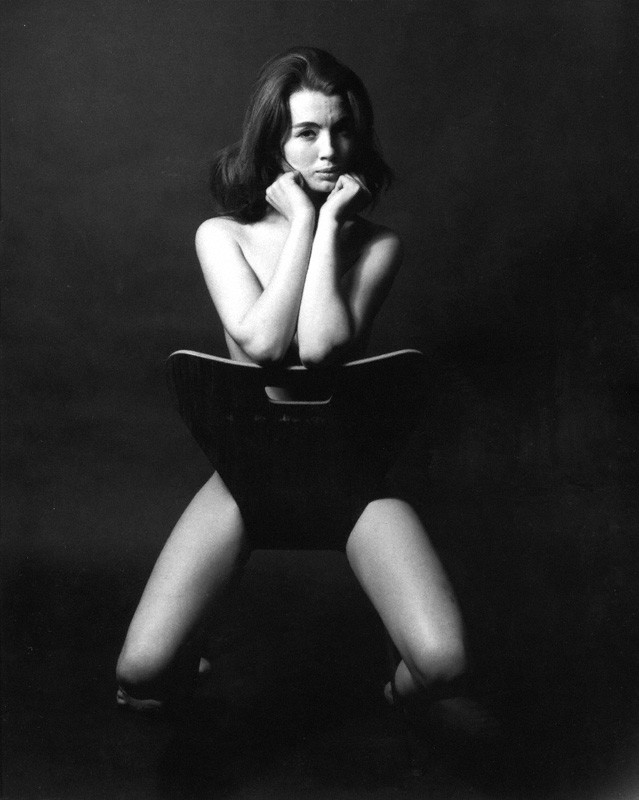 There, is, of course, the well-known Lewis Morley photograph of Chrstine Keeler astride a (fake, as it turned out) Arne Jacobsen Series 7 chair. However, lesser-known works on show for the first time at the gallery, portray a mysterious face. The drawing is by Stephen Ward, amateur artist and high-society osteopath, who first introduced Profumo to Keeler at the Clivedon, a British country estate in July 1961.

On the front of this pastel piece, there's a portrait of Keeler. Yet on the reverse is a similar drawing of a short-haired, full lipped girl. A note from Keeler dated 3 March 1975 states "I don't know who the girl on the back is - she is somebody we just picked up at a bus-stop." 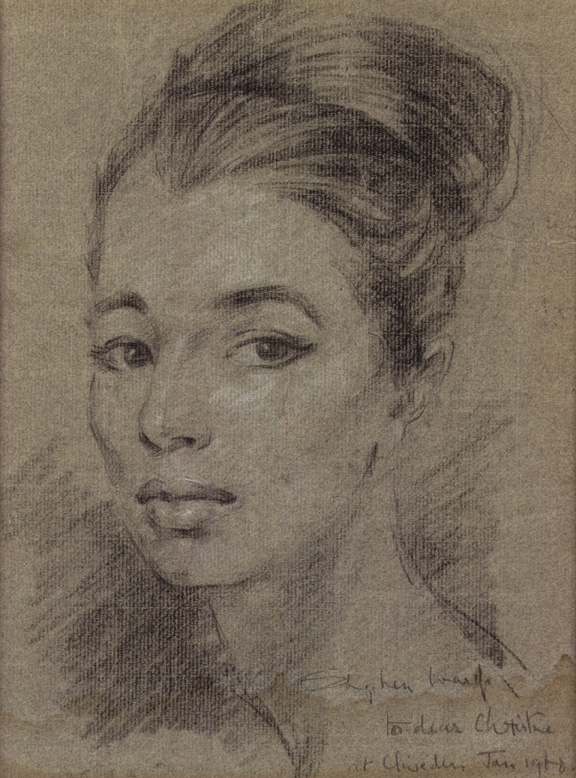 This account tallies with a passage in Keeler's memoir, Scandal!, which describes she and Ward picking up a girl from a bus-stop on their way to a party at Cliveden. Ward committed suicide in 1963, while on trail for 'living off the immoral earnings' of Keeler and others. However, The Times and other newspapers have likened Ward's drawing to an unnamed witness, dubbed Miss X, who testified against Ward in his trial.

Whether the exhibition will uncover the identity of Ward's sitter is unclear. Yet the exhibition, opening today and running until 15 September, illuminates an interesting passage in recent British history, in a novel, and intriguing way. 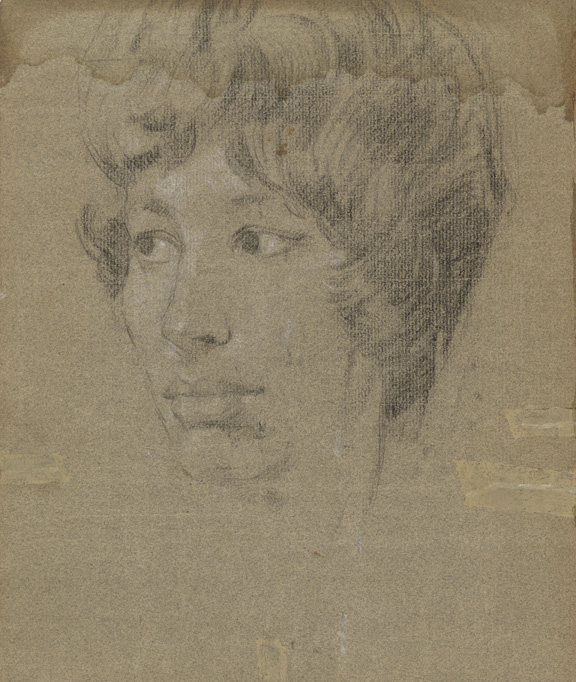 To find our more, go to The National Portrait Gallery's site. For more on this story, go here. If you know who Miss X is, please get in touch. And for further great images from the 20th century, consider our Century book which draws together the images that shaped modern history. And, if the chair intrigues you as much as the young lady on it, check out Design Classics and A Taxonomy of Office Chairs.

A Taxonomy of Office Chairs is an exhaustive visual history of a single design typology. The book exemplifies author Jonathan Olivares’ meticulous approach to design research, and his desire to catalogue the entire development of the industrially produced chair for the office, a hugely technically and culturally complex object. Olivares begins his survey at the beginning of the 1840s, a period agreed upon to have seen the origins of modern business management, and ends it in the present. Over this period he has selected 184 of the most innovative office chairs from the thousands that have been designed and manufactured. This rigorous selection process has been underpinned by one rule; only chairs that have introduced at least one innovation have been included. For example, Wilhelm Ritz’s 232 Chair, produced for Wilkahn in 1970, is included as it was the first to make use of a gas cylinder to adjust the height of the seat. The selection includes chairs by some of the most revered product designers and architects, including Frank Lloyd Wright, Marcel Breuer, Charles and Ray Eames, Richard Sapper, Ronan and Erwan Bouroullec and Philippe Starck. Each chair is illustrated, each innovation is explained in a short text, and details of the designer and manufacturer are also provided. The book includes a second illustrated section, consisting of ten chapters of over 400 technical drawings.

Each chapter focuses on a single component of the chair, and further explains the development of chair design. The technical drawings are accompanied by page references which refer back to each of the 184 chairs illustrated in the first section of the book. A Taxonomy of Office Chairs also includes an essay by Olivares. Based on his discussions with a number of pivotal designers, this text puts Olivares' selection of chairs into a historical context and evaluates key elements of office chair design. The essay is illustrated with a series of photographs of office interiors from 1840 to the present, showing office chairs in situ. The book is unparalleled, and will serve as a detailed, encyclopaedic and professionally researched catalogue of a crucial area of industrial design. Specifications: