When the latest flurry of shared office space appeared, the general impression was that it was attracting people who couldn’t afford their own office. While that might be the case for most users, there’s a decent slice of the target market for whom it’s not all about cost.

That’s the sort of membership that a new set up in New York City is focusing on, and it has the design credentials to match. NeueHouse is near Madison Square Park, an area popular with creative agencies, and is housed in a 1913 former light-industrial building. 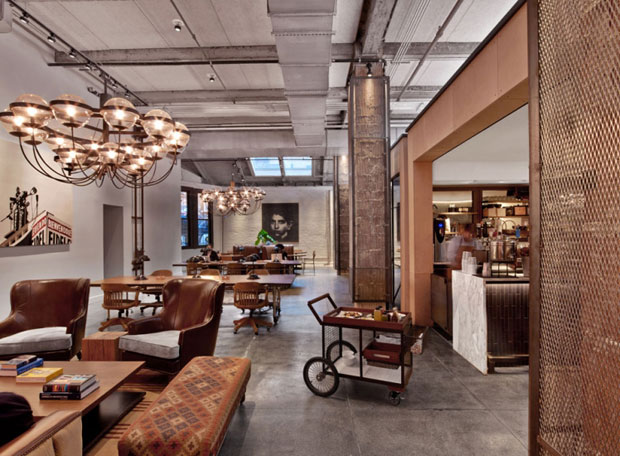 Rather than an attempt to recreate conventional workplace hubs, this one sets itself up as “a series of spaces, experiences and amenities especially suited to ambitious innovators”. As such, it’s aimed specifically at ‘solopreneurs’ and start-ups in the fields of film, design, fashion, publishing, the arts and tech. 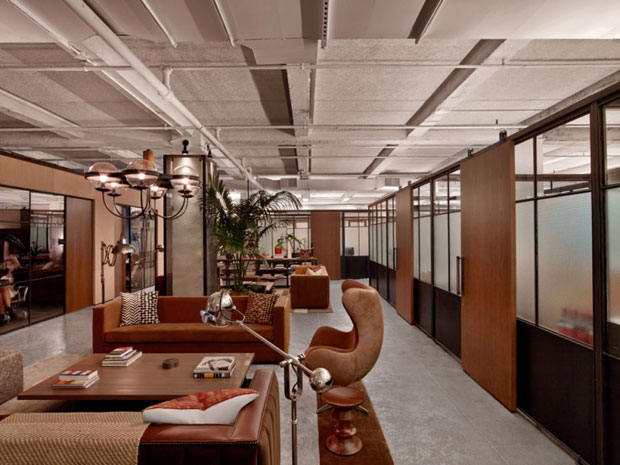 To that end, the founders brought in theatre set designers extraordinaire, the Rockwell Group. Over five floors, they have plotted a series of rooms, spaces and environments through a clever combination of lighting and soft furnishing that both complements and contrasts with the industrial setting. Founder David Rockell’s intention is for NeueHouse to be “an open plan and flexible facility to promote collaboration and creativity among teams and entrepreneurs”. 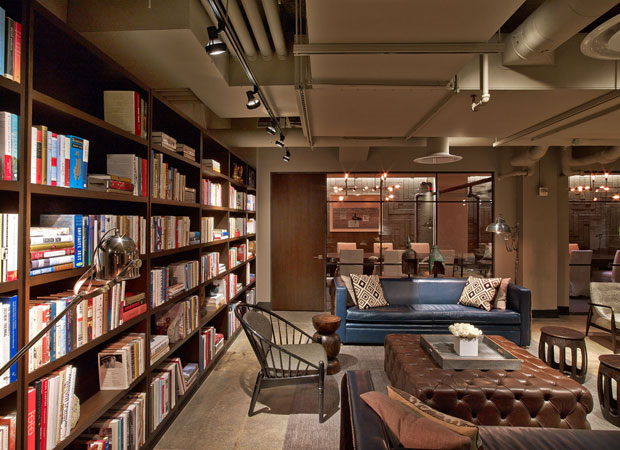 Or as the venture’s founders put it: “NeueHouse discards the traditional vernacular of the ‘office’ aesthetic, counter-programming the raw grandeur of the industrial setting with furnishing that reflect a non-corporate, personal and domestic sensibility hereto seen only in today’s most talked small hotels or next generation social clubs.” Hence the copious use of wood and mid-century modern upholstered seating in warm autumnal colours.

If you're intested in the changing nature of the workplace you might like to take a look at A Taxonomy of Office Chairs which details over 130 of the most innovative office chairs designed and built from the 1840s to the present, with a colour photograph, information about the designer and manufacturer, and a short text accompanying each chair. Written by Jonathan Olivares it features chairs from the likes of Marcel Breuer, Charles and Ray Eames, Gio Ponti, Richard Sapper, Jasper Morrison and Konstantin Grcic.