This month we're looking at all the things going on in art, architecture, photography and design down under

With the final touches being put to an AUS$53 million restoration and refurbishment of Sydney’s Museum of Contemporary Art, we thought it would be a timely moment to take a look at what's going on in art, architecture, photography and design in the Southern Hemisphere right now. So for the whole of this month, in addition to our regular global coverage of the creative arts scenes, we’ll be bringing you what we think are the most interesting things coming out of Australian neighbourhoods at the moment.

In the coming days we’ll be bringing you interviews with Sam Marshall, the architect responsible for the MCA refurb and the director of the museum too. We’ll be talking to the people behind Sydney’s White Rabbit Gallery – the place for Chinese art at the moment - and among other stories, we’ll be telling you about Emergent Urbanism – whereby previously decaying cities such as Newcastle in New South Wales are turning into thriving artistic centres.

We’ll be letting you know how Melbourne is using architecture and design to reinvigorate the central business district, making it a thriving place for tiny bars and experimental boutiques and how the State government there has plans to consolidate the art institutions. Meanwhile, there’s the incredible transformation of Hobart with David Walsh’s Museum Of Old And New Art leading the way.

We’ll be chatting to artists Ben Quilty, Glenn Sorensen, David Noonan, Renee So and Stephen Bush and telling you about the hotel that’s actually urging its patrons to have a go at stealing a Banksy. There will, of course, also be a good look at the upcoming Sydney Biennial with one of the curators talking us through the key things going on; a fascinating piece on the architecture of the Mad Max Thunderdome by former Hayward curator Tom Morton, a look at the work of astronomical photographer David Malin and news of an exciting tie up between Kaldor Public Art Projects and sculptor and photographer Thomas Demand. We’re almost exhausted just thinking about it – and that’s before the jet lag sets in.

Sadly, the list is not quite endless so we’re also interested in hearing about what’s going on in our Australian readers' neighbourhoods. Use the comments box below to let us know what you’ve seen or what you think we should be focussing our attention on. Look out for the first in our Australia series, an interview with Sydney-born artist Glenn Sorensen later tonight (or today if your reading this down under).

Using the world's most sophisticated telescopes and his own revolutionary techniques, renowned astronomical photographer David Malin brings us awe-inspiring images of distant worlds and amazing phenomena. This is the finest collection available of star clusters, galaxies, nebulae and other such spectacular sights captured on film. The pictures are made from a series of delicate yet rich platinum prints and will delight anyone intrigued by the night sky. The book will be released in 2009, marking UNESCO's International Year of Astronomy.

David Malin was formerly Photographic Scientist at the Anglo-Australian Observatory, New South Wales and is currently Adjunct Professor of Scientific Photography at the Royal Melbourne Institute of Technology. Winner of the prestigious Lennart Nilsson prize, his pioneering photographs of space have revolutionized our understanding of the universe.
'Malin has an unrivalled reputation as an astronomical photographer, and the selection here is wide-ranging ... There is also a very useful introduction dealing with some aspects of early photography as well as modern methods. The most unusual feature of this book is that there is no colour bar at all. We are accustomed to seeing vividly coloured images of nebulae and galaxies, but all the photographs here are black-and-white. In a way it is refreshing change, because it represents what is actually seen by an observer at the eyepiece of their telescope – a fact that is sometimes forgotten! The photographs are of a high quality ... the picture of Halley's Comet, taken on 12 March 1986, shows an amazing amount of detail, and is the best that I have ever seen. The rest of the images ... are [all] equally outstanding. ... what we have here is an excellent selection of photographs, well worth obtaining.'
BBC Focus

'Astronomy is a science that in its modern form also depends on an art - photography. ... David Malin['s] … rigorous yet infinitely delicate photographic investigations of the universe have not only resulted in the discovery of two new types of galaxies, but in a vast body of photographs of a wild but stately beauty. … In a world so widely tainted by light pollution that even the simple pleasure of a night sky is denied to most, Malin's work brings us the surprising beauty of what lies beyond.'
Financial Times

'Astronomy becomes art … photographs which take us to part of the universe our eyes cannot normally see. The results are out of this world'
The Independent

'Malin is the complete astrophotographer’s astrophotographer … [Ancient Light] has […] spectacular pictures of galaxies, clusters, and nebulae … Each photo has a well-drafted caption … The production quality of the book is outstanding, a credit to Malin's originals and to the publisher, Phaidon Press. The pictures are large-format, high-resolution, and bright – it is amazing that the printing process can have reproduced the pictures at almost the same quality as the photographic process could deliver. The design is clear, elegant, understated, and discreet, complementing the perfect pictures. Even the dust-jacket is a work of art, being matt black, punched through with a scattering of stars (the brighter ones with diffraction spikes) through which the book’s cover shines white, shimmering when you handle the book as the dust-jacket waves into contact with the cover. … a book to possess, admire, and treasure.'
The Observatory

More on Phaidon's focus on Australia 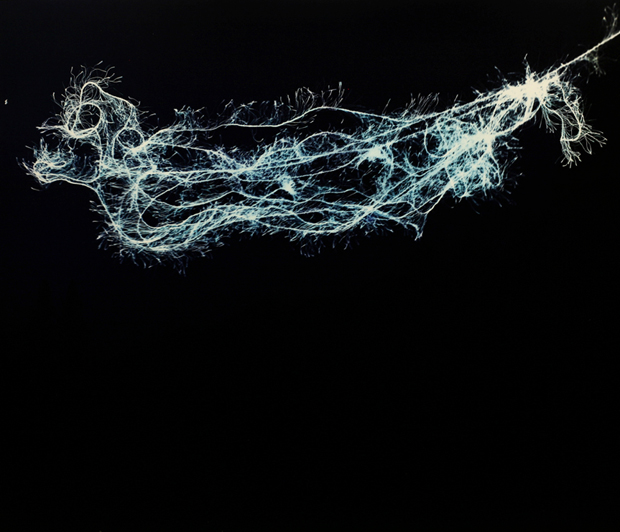