The US photographer Steve McCurry made his name first as a photojournalist, shooting in Afghanistan, shortly before the Soviet invasion of 1979. He went on to shoot photo stories for the likes of National Geographic in exotic and extreme locations across the world from Iraq and Iran to the Lebanon, Cambodia and beond. Despite worldwide fame, to this day he continues his pioneering, story-based photojournalism with similarly harrowing, though effortlessly told, stories on the plight of disenfranchised communities around the world -  from the tribes of the OMO Valley in Ethiopia to the abused female domestic workers in Hong Kong.

More recently still, he has tried a little fashion photography, producing photo stories for the likes of Etnia sunglasses, and even shooting the 2013 Pirelli calendar. Yet, just because he’s taken on a few clothing campaigns, it doesn’t mean he’s cut down on the air miles. 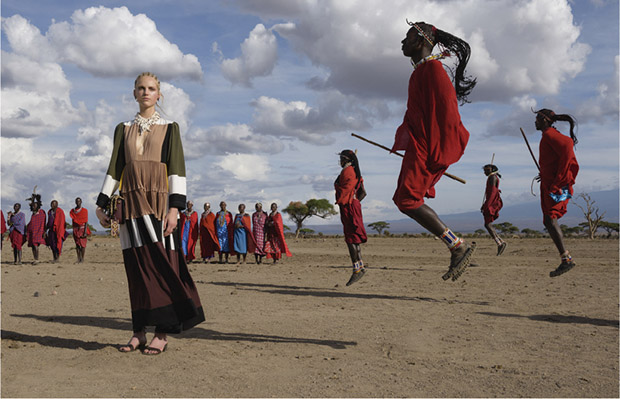 Steve shot his latest series, for the Italian fashion house Valentino, at the Amboseli National Park, in Kenya. The label’s creative directors Pierpaolo Piccioli and Maria Grazia Chiuri, picked McCurry partly because their Spring/Summer 2016 collection was inspired by African culture. Yet they also chose the veteran photojournalist because, for them, “he’s not a fashion photographer; he’s a culture reporter.”

“Our emotions about African culture, the idea of beauty [achieved by] the interaction different cultures, the idea of tolerance, this is the message we wanted to deliver,” Piccioli told Women's Wear Daily. “That’s why we wanted to shoot in Africa with Steve McCurry. He’s not a fashion photographer; he’s a culture reporter. We wanted to shoot not a fashion vision [of Africa], but more of a cultural vision — and not in a studio with an elephant.” 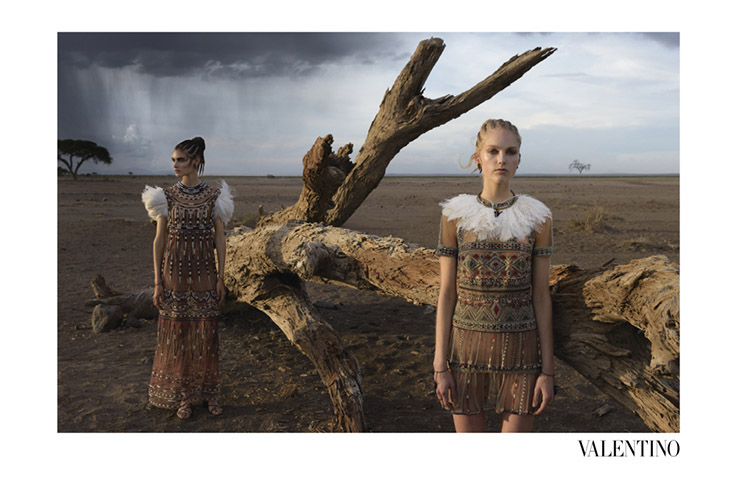 McCurry told WWD that he was attracted to the project, shot in a Maasai village between Kenya and Tanzania, by "it’s style and elegance and beauty and creating a feeling, taking someone on a journey. When it comes to advertising in general, it is about new approaches and new ways of showing things and surprise and working outside the box. That’s basically what we were trying to do,” he said. “Photography is always about finding the best solution to a puzzle and creating some wonderful feeling or scenario, making a great story."

“The idea of these pictures is to take the viewer on a journey. The clothes were inspired by African motifs, [so] to take the shoot to Africa and show how these things interact and, this connection of the clothes, the models, the environment, the local people. I thought it was a great endeavour.” 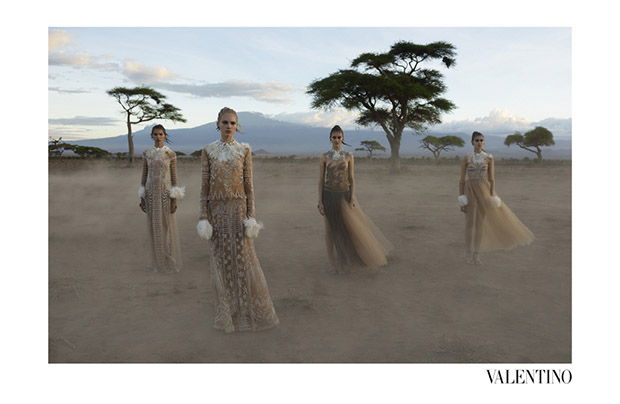 The days of shooting started early, around 4AM, to get the best possible light. One of McCurry's favourite pictures was taken as a result of a fierce dust storm that came out of nowhere. “The power of that thing, the dust, was unbelievable," Steve told WWD.

McCurry apparently wanted to keep shooting but expected someone to suggest a run for cover, in case hair, makeup and clothes got ruined. No one did, though “the power of that thing, the dust, was unbelievable," McCurry said. 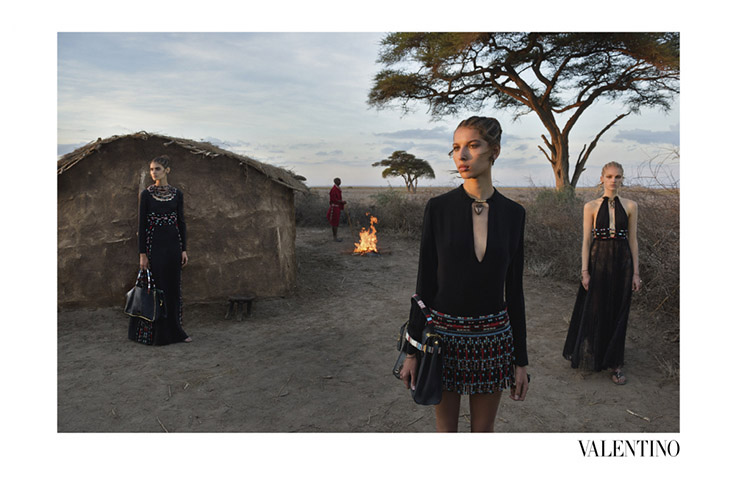 “We were all so elated and excited. We thought we did something really unusual and special. I guess you can look at pictures and say, ‘oh, it was a wind machine or Photoshop or done on post[production].’ But it was an incredible event, and we were so lucky, because we had only been in that location for 10, or at the max 15, minutes.

For further journeys along these lines, take a look at our wide array of McCurry books, including his most recent collection, dedicated to India. For more on Valentino’s place within contemporary clothing, get The Fashion Book.