In an age of easy digital manipulation, the American photographer Peter Hoffman chooses instead to employ some fairly drastic post-production techniques. The Illinois-based photo artist shoots medium-format film images of the countryside along the Fox River, a waterway that separates the highly populated area of his hometown of Chicago from a mostly rural landscape, for his series Fox River Derivatives. 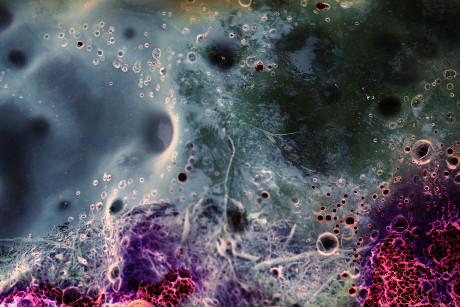 This stretch of land sounds as if it would serve as the perfect subject to explore our uneasy relationship with nature, yet Hoffman pushes his pictures further, by spraying them with gasoline, lighting them, and then, just before the flames obliterate any trace of the original exposure, dousing the fire with water. 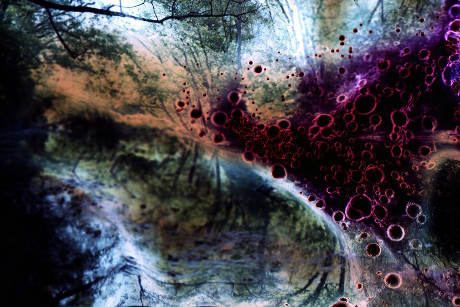 This isn't the first time we've reported on a landscape photographer who brings the environment into his production process. Back in 2011, we wrote about Matthew Brandt's technique of soaking his pictures in water collected from the lakes he photographs. 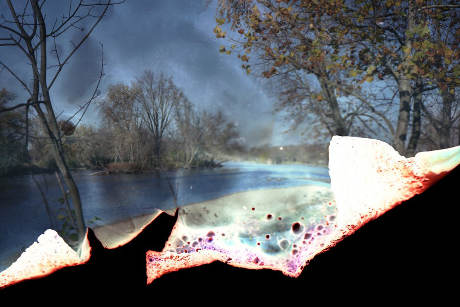 Hoffman's practice is perhaps more destructive though, and intentionally so, it seems. “Metaphorically speaking, I feel that our consumption habits – specifically dealing with precious natural resources – are out of control and unsustainable,” he says. “I also feel that not many people care enough about it because they won’t be around long enough to see the mess they’ve started fully materialise.” Hoffman hopes his photographs will help some of us gain a little insight into this mess.

For more on this story, go here. To view the work of the one of the world's greatest photo manipulators, please take a look at Boris Mikhailov's book, Yesterday's Sandwich. For greater insight into ecological design, consider our Vitamin Green book, and if you want to gain reward points as well as access to great events and offers when you buy books from Phaidon.com, you really should sign up to Phaidon Club.

More on Why does this photographer set his film on fire? 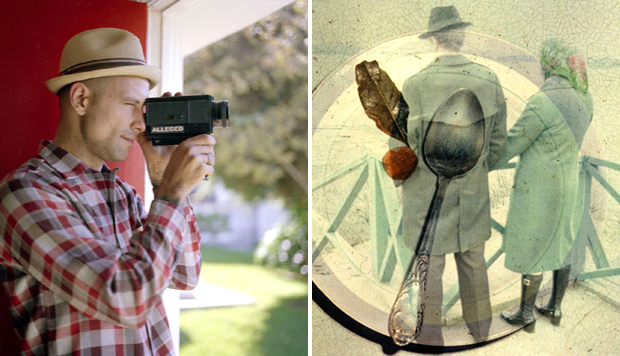