Today most of us slip on a t-shirt or a trench coat without regarding either as a serious piece of military apparel – proof of just how fully these clothing developments have made their way into our civilian lifestyle. Our forthcoming book, Military Style Invades Fashion, documents this process, with plenty of images from both the theatre of war and the catwalk. Here’s a brief history of how five forces garments changed the way we dress. 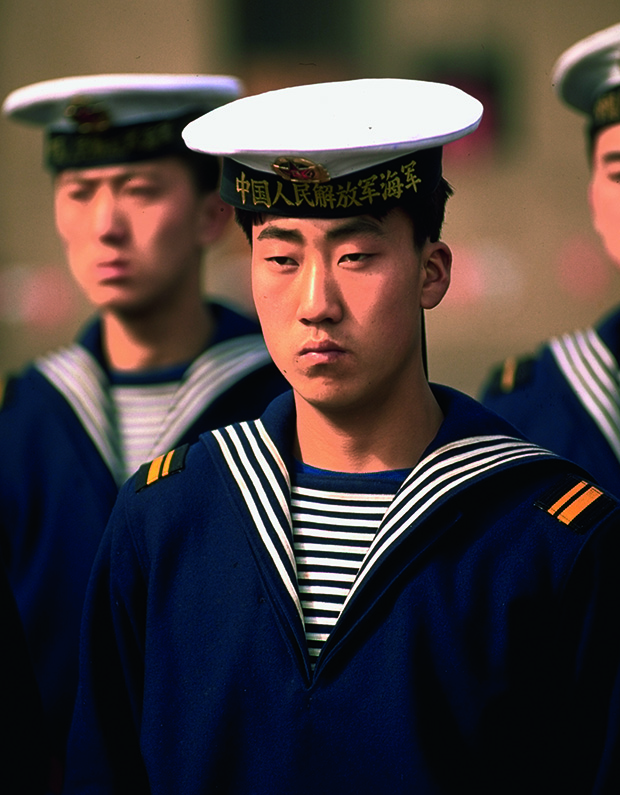 The Sailor suit  Sailors’ uniforms developed gradually during the mid 17th century. Ultimately they consisted of a blue serge frock, flannel trousers, a jumper with a blue ‘sailor’ collar lined with white tape, a pea jacket, a black handkerchief worn at the neck, and a straw hat to keep off the sun. The British Navy adopted the uniform officially in 1857, a decade after it had found favour among civilians. Queen Victoria is credited with bringing sailor chic on to dry land, when in 1846 she dressed her four-year-old son Prince Albert Edward in a miniature sailor suit. The look was soon copied in children’s nurseries everywhere. 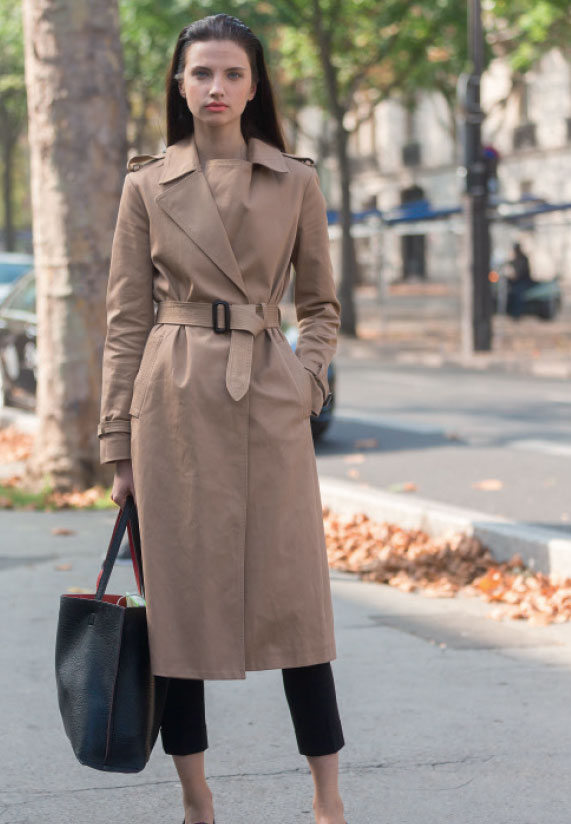 A woman wearing a modern trench coat in Paris, 2014

The Trench coat Thomas Burberry designed the trench coat in 1879 after inventing waterproof gabardine. With epaulettes to display rank and a chest flap to cover a gun, the coat was light but weatherproof. In 1914 the trench coat became standard wear for British officers in World War I. In 1942, Humphrey Bogart wore a trench coat in his role as Rick Blaine in Casablanca, elevating the coat's status.

The T-shirt  This simple garment was introduced by the US Navy during the Spanish-American War in 1898. It was intended as underwear, however, and was kept hidden by everyone except manual labourers until after World War II, when army surplus filled the bins of thrift stores and the T-shirt became beloved of the young. 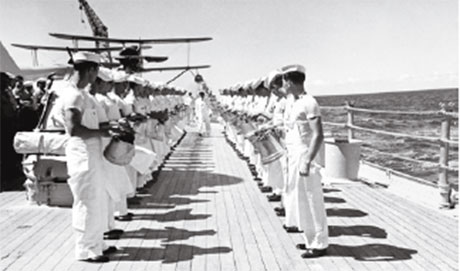 US sailors in t-shirts and bell bottoms, 1940

Bell-bottoms In 1810 Bell-bottoms were introduced in the US Navy to allow sailors greater unencumbered movement. The trousers were wide-bottomed so that they could be rolled up during the frequent washing of the deck or removed quickly if sailors needed to abandon ship. By 1967, bell-bottoms were de rigueur for hippies. 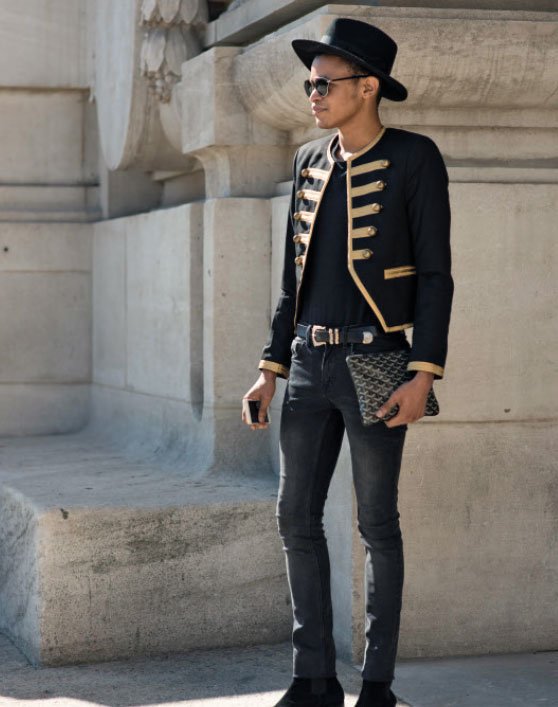 A man wearing a hussar-style jacket in Paris, 2015

Hussar jackets  The original purpose of the gilt braiding on tunics – known as ‘frogging’ – was to give the chest and shoulders additional protection from the swipe of a sword blade. When it appeared on fur-lined hussar jackets, first worn by cavalry soldiers in the Black Army led by the Hungarian King Matthias Corvinus in the early fifteenth century, it had evolved its own symbolism: the frogging echoed the shape of the ribs, turning the soldiers into living skeletons in order to intimidate the enemy. However, this garment has since been appropriated by everyone from Adam Ant to Jimi Hendrix, and continues to be a popular reference point. Balmain designer Olivier Rousteing filled his Fall 2016 men’s collection with richly embellished braiding-covered jackets.

For more on your wardrobe's wartime record, order a copy of Military Style Invades Fashion here.

More on From boot camp to Boutique 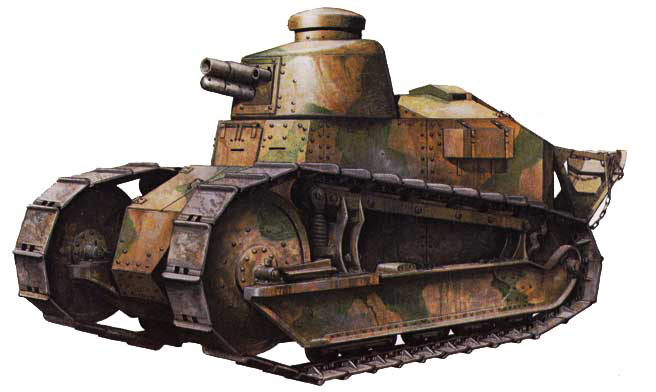