Bruce Weber and the opening up of male beauty

This Pride month, we look at how Weber’s muscular photographs helped men see themselves in a new light

You don’t have to be gay to celebrate Pride Month; plenty of straight men and women should give thanks to the gay liberation movement, for opening up our society, and instilling a freer, more tolerant values. For many men, the greatest expression of this new freedom truly lies in the wardrobe.

“For decades in fashion magazines, men were accessories. They were props,” Vogue’s Grace Coddington is quoted as saying in the introduction to The Men’s Fashion Book. “If one turned up in a photo shoot, we usually cropped his head off.”

There were moments of temporary liberation, Coddington admits. “In the 1960s you saw some eccentricity and flamboyance with rock and roll, but then it retreated,” she explains, before adding: “Now there’s a full revolution. Men are free to dress however they like—masculine, feminine, gender nonnormative, conservative, eccentric, dandy, it’s all good.”

Can we trace this newfound sartorial liberation back to one particular moment? The Men’s Fashion Book contains myriad reference points, but one pretty major one occurred in the early 1980s, and was the work of one of Coddington’s favourite photographers. 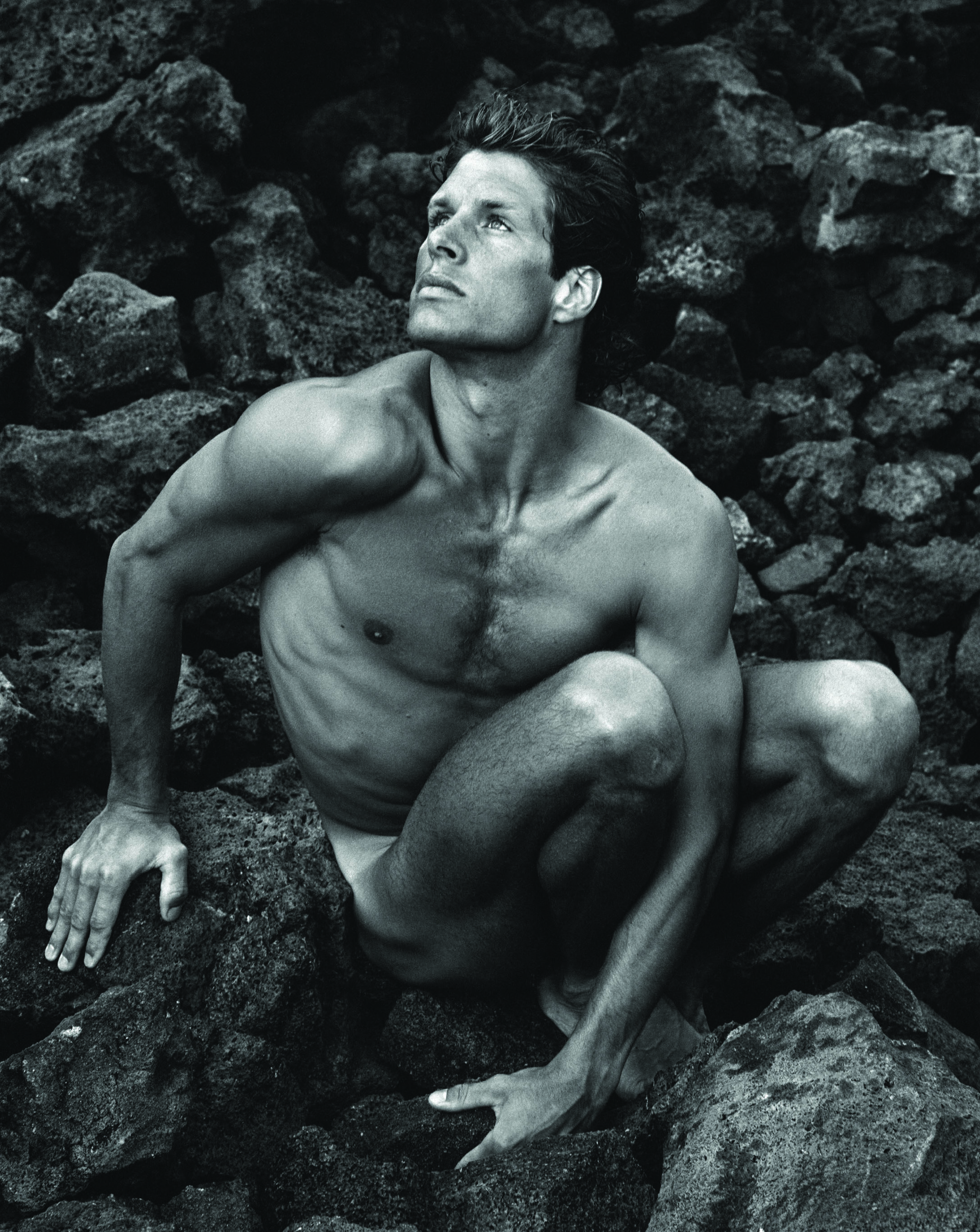 “In the summer of 1982 traffic screeched to a halt in Times Square thanks to a towering billboard showing Brazilian pole vaulter Tom Hintnaus in the nude, save for his white Calvin Klein briefs,” explains the text in our new book.

“Hintnaus’s portrait—dubbed by American Photographer magazine as one of the ‘Ten Photographs That Changed America’—was shot by Bruce Weber and was a quintessential image by the American photographer: athletic, sexual, and aspirational.”

Two decades earlier, Weber’s photographs might have been consigned to a mail-order only beefcake magazine. By ‘82, however, public billboards were the right place for all of society to celebrate masculine beauty.

“As the photography critic Vince Aletti said, Weber’s lengthy career was built on ‘turning jocks into demigods’ which is evident in his work for brands such as Abercrombie & Fitch, Versace, and his many campaigns for Ralph Lauren, selling not just the clothes but a desirable lifestyle,” The Men’s Fashion Book goes onto explain. “Ever since his first GQ shoot in 1974, Weber’s photography—often shot in black and white—has celebrated the male form in groundbreaking imagery.” 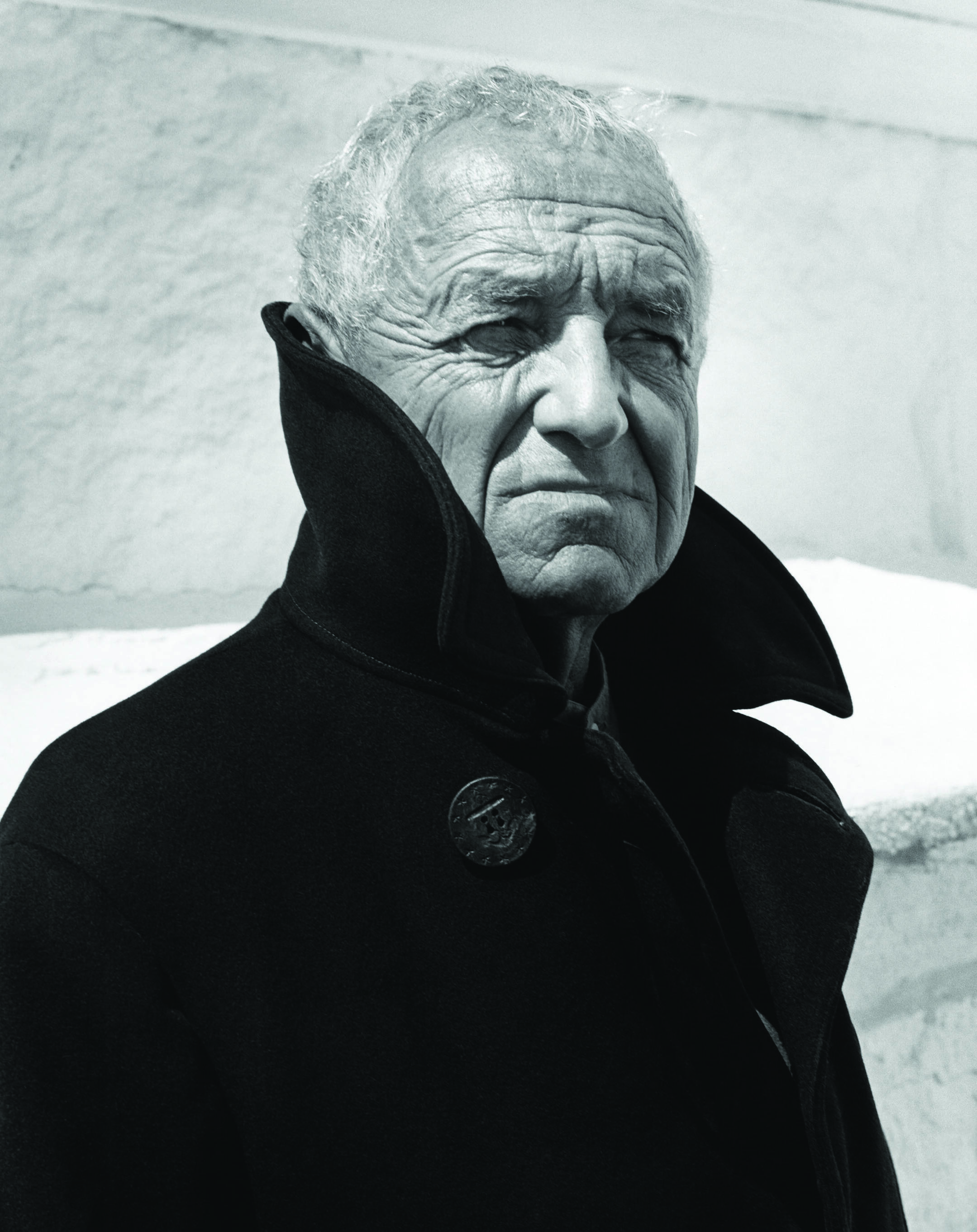 Andrew Wyeth photographed by Bruce Weber in Penobscot Bay, ME, 1981

Weber himself has had romantic relationships with both men and women, yet his photographic work focuses on guys, whether capturing the craggy features of painter Andrew Wyeth, or the physical perfection of water polo captain turned supermodel Jeff Aquilon.

Few of us can ever hope to look like the men in Weber’s photographers; yet through photographers such as Weber men are at least able to consider the varieties of male beauty, and how they might fit into that picture: as masculine, feminine, gender nonnormative, conservative, eccentric, or dandy. 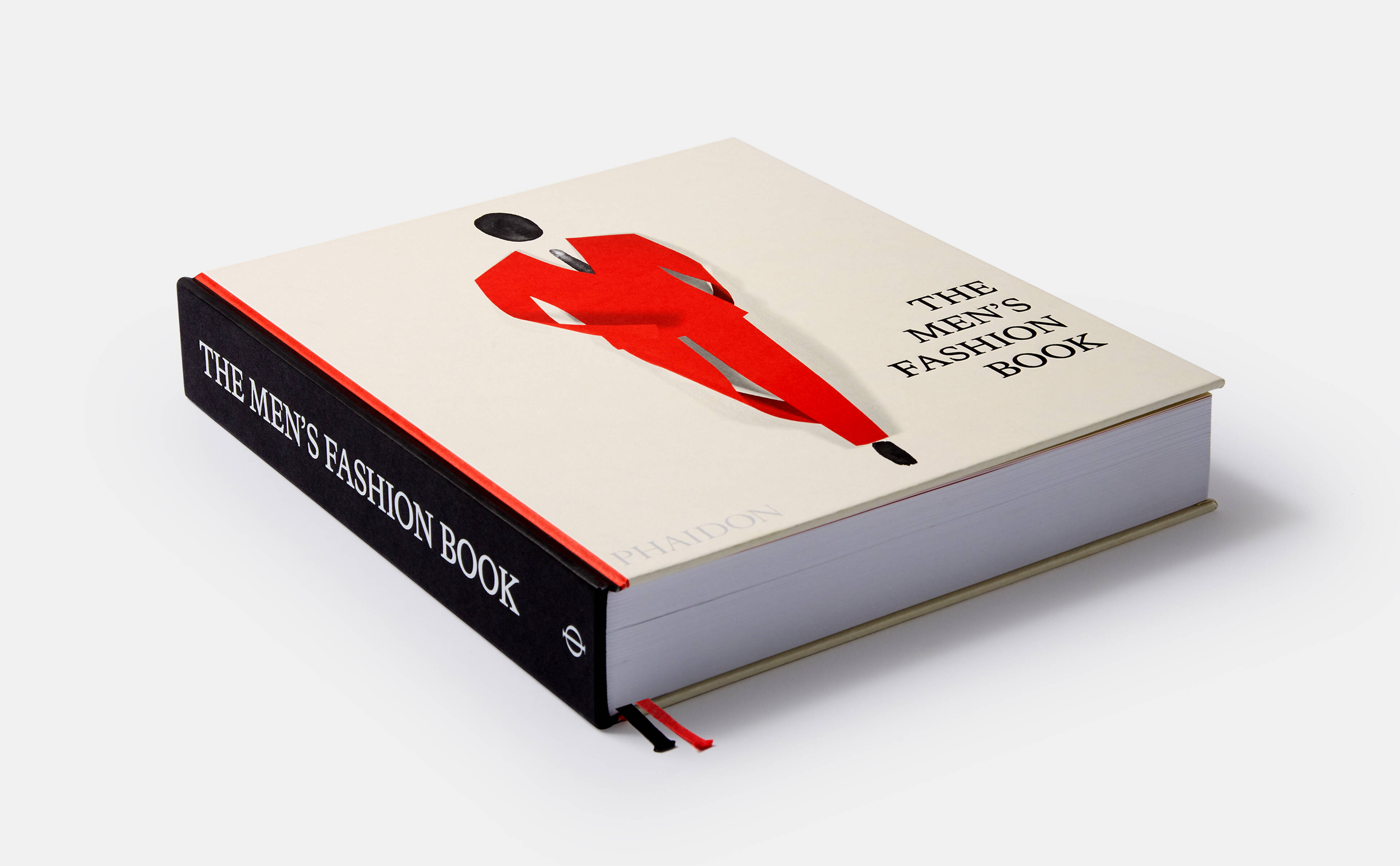 So, guys, whether we’re favouring tight white trunks, or something a little more flamboyant and non-conformist this summer, we should thank Weber. To read more about him, and see many more key images from different turning points in the history of masculine couture, order a copy of The Men’s Fashion Book here.

The Men's Fashion Book : Phaidon Editors with an Introduction by Jacob Gallagher

'Is this the chicest coffee-table book ever printed? Quite possibly.' - Financial Times, How To Spend It

The first-ever authoritative A-Z celebration of the 500 greatest names in men's fashion - 200 years of men's style through the work of designers, brands, photographers, icons, models, retailers, tailors, and stylists around the globe

The Men's Fashion Book is an unparalleled A-Z deep-dive into the people and brands that have produced and inspired the most memorable looks in menswear - and are advancing today's renaissance in men's clothing and style.

Created in collaboration with Jacob Gallagher, men's fashion editor at Off Duty for the Wall Street Journal, this stunning book with its striking cover design and red and black marker ribbons, documents more than two centuries of men's fashion, bringing its history to life through iconic, inspirational images, from traditional suits to streetwear, and beyond.

Following in the footsteps of Phaidon's globally acclaimed and bestselling The Fashion Book, this is the most comprehensive guide to the men's fashion world ever published.

Jacob Gallagher is the men's fashion editor at Off Duty for the Wall Street Journal, where he also writes a weekly column on style trends.

"Is this the chicest coffee-table book ever printed? Quite possibly." - Financial Times, How To Spend It

"An extraordinary celebration and exploration of menswear throughout time and around the globe. From style icons to designers and others shaping men's fashion, it highlights generations of creative talent, including CFDA members Ralph Lauren, Public School, Sean Combs, and Emilie Adams Bode." - Steven Kolb, CEO, Council of Fashion Designers of America

"The Men's Fashion Book is an encyclopedic and fabulous reminder that eccentrics, geniuses and provocateurs are by no means confined to the women's fashion arena." - Simon Doonan, style icon, writer, and author of How to Be Yourself

"[A] comprehensive guide ... on the most influential figures-ubiquitous brands and behind-the-scenes image-makers alike." - WSJ Mag

"Handsome ... A must-have for any clotheshorse." - Town & Country

"Takes stock of where menswear has been and suggests where it might be going at a time when the industry is heading in uncharted directions." - Vogue

More on Bruce Weber and the opening up of male beauty 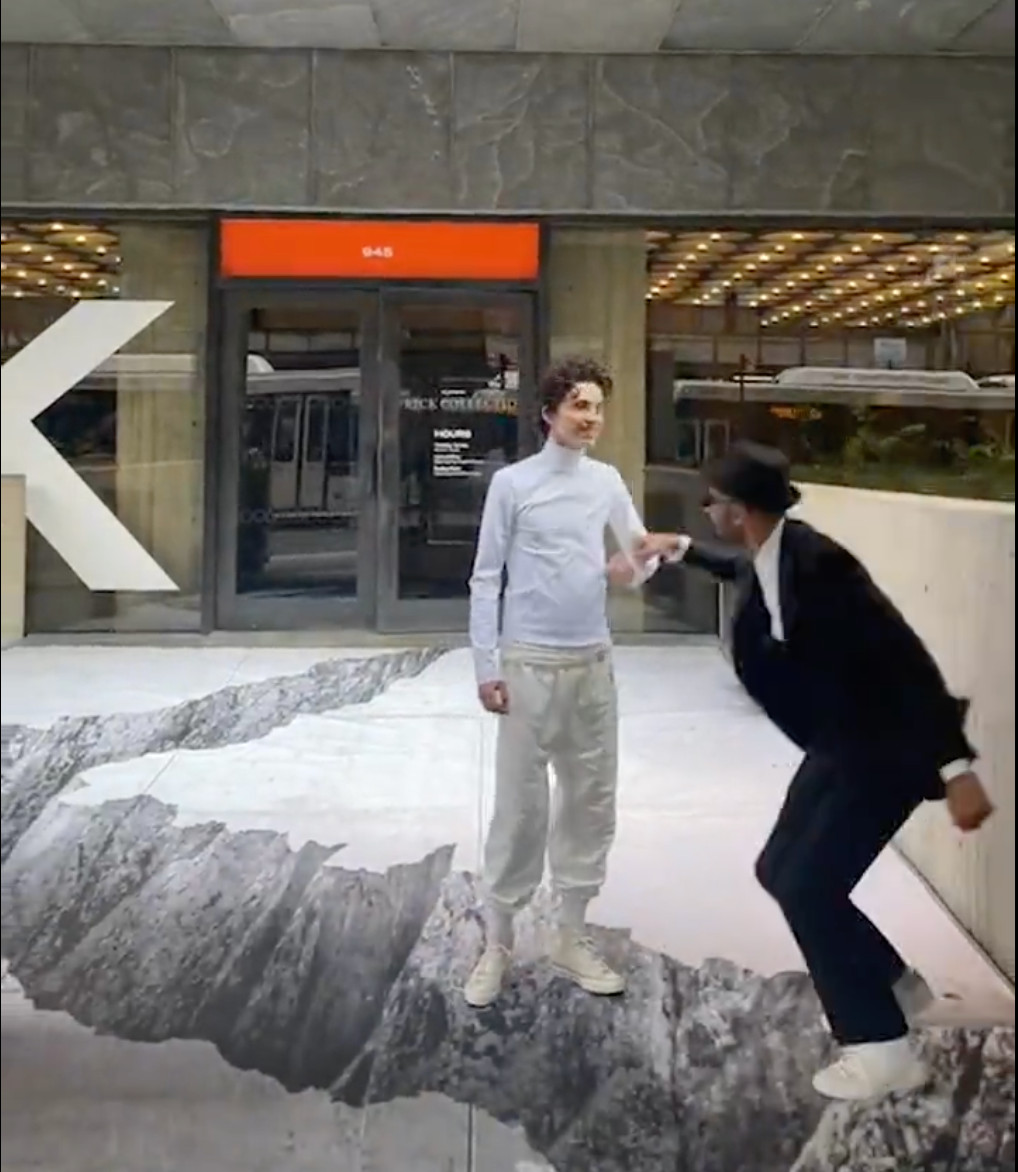 JR and Timothée Chalamet have fun in The Frick