The Men’s Fashion Book is no simple designer A-Z. Instead this new book offers a holistic overview of the elements of contemporary male apparel. It encompasses a very wide fashion edit, taking in the editors, influencers, retailers, tailors, editors, musicians, actors, artists, stylists and photographers that have changed male fashion.

Today, we think of fashion as something best expressed outside of office hours. After all, the book's co-author, Jacob Gallagher, is also Men’s Fashion Editor at Off Duty in the Wall Street Journal. However, over the course of the past 100 years, the clothes that were once worn while on-duty, in warehouses, building sites, farms, factories and cattle ranches, have found their way into our leisure wardrobes too.

Here’s how the book contextualises the manufacturer of quintessential American work trousers, Dickies (top image). “Men’s fashion has always been closely associated with workwear, and for much of the twentieth century, Texas-based Dickies was the leading manufacturer of work clothes in the United States,” explains the book. “Established in 1918 by C. N. Williamson and E. E. ‘Colonel’ Dickie as the US Overall Company, the brand would officially change its name in 1922, but its purpose remained the same—to make denim bib overalls.

“In the 1950s oil workers from Texas popularized the brand’s chinos and Eisenhower jackets around the world,” the text goes on. “The 65 percent polyester and 35 percent cotton blend used by Dickies was considered by many to be indestructible. In 1967 Dickies introduced the iconic 874 work pant, whose popularity spread throughout Southern California with its adoption by skateboarders and as part of cholo fashion in the 1980s. While Dickies maintained its dominance of the workwear market in the face of foreign imports, hip-hop artists made Dickies clothes—with their recognizable Ox Collar logo—a staple of ’90s streetwear.” 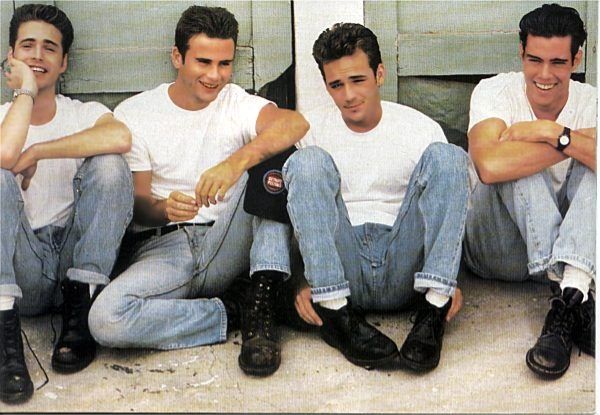 That might sound like venerable heritage, though there’s one work brand in the book with an even more august tale. “Like many nineteenth-century fortune seekers, Levi Strauss—a Jewish-Bavarian immigrant who sold dry goods—headed west,” explains the book. “His shop in San Francisco outfitted rapacious gold rushers, but Strauss soon struck his own form of gold. In 1860 he chanced upon serge de Nîmes, a robust, tightly woven textile now known as denim. Around a decade later, working in tandem with Jacob Davis, he patented the first pair of riveted blue jeans. Loggers, steer herders, railroad workers—everyone bought a pair. In the early 1900s European tourists brought jeans home from dude-ranch vacations. American GIs furthered their spread into Europe during World War II. In the 1950s the fashion of blue jeans eclipsed their function. On-screen James Dean and Marlon Brando performed in crisp Levi’s. Jeans were about the only thing that greasers, mods, hippies, punks, and gay men who made the 501s part of their uniform in the disco years could agree on. By the introduction of casual Friday, ’90s denim had gone mainstream.” 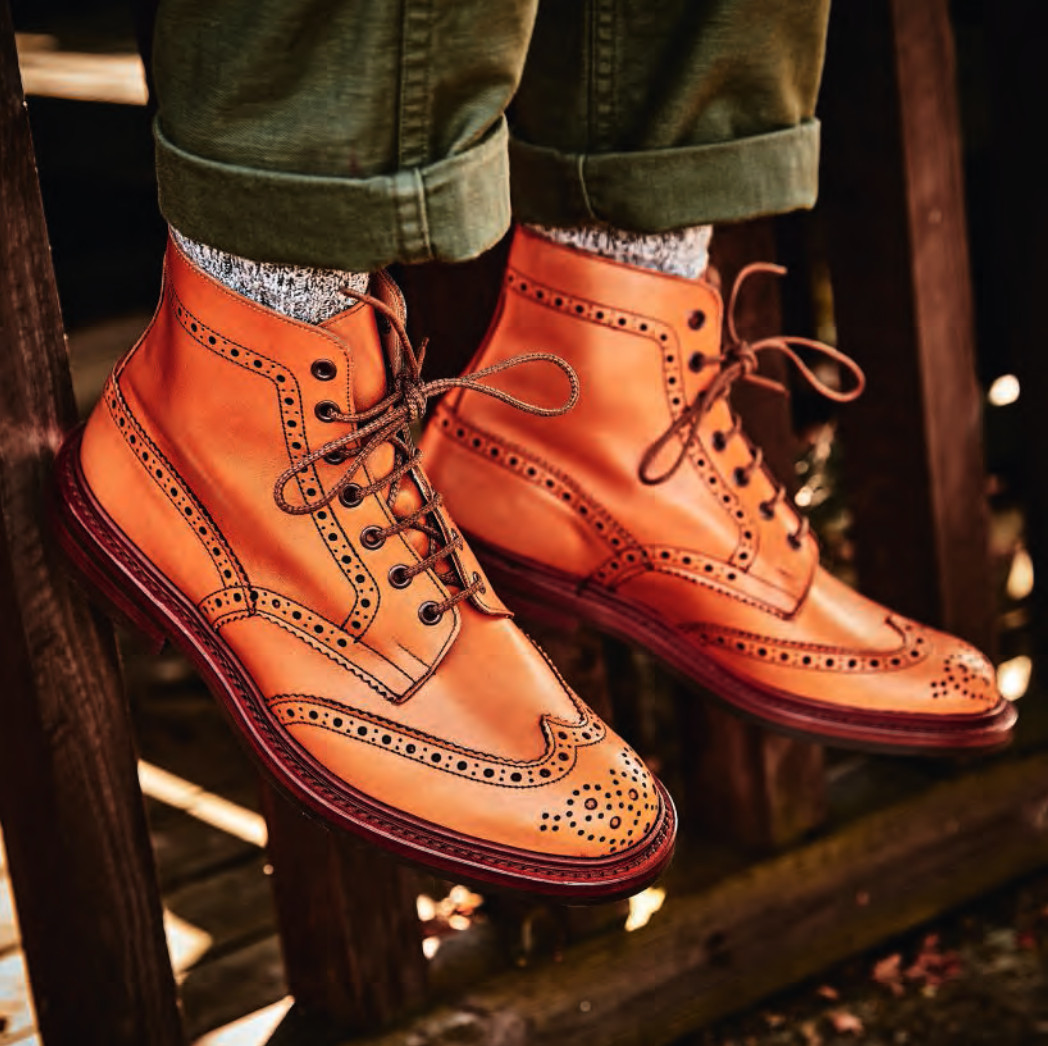 “The oldest continuous footwear firm in England, Tricker’s was established in 1829 in Northampton, the country’s central cradle of shoe manufacturing,” explains The Men’s Fashion Book. “Farmers and other rural denizens cherished these solid, Goodyear-welted stompers, which were markedly weatherproof. Through the 1900s Tricker’s fabricated dressy brogued lace-ups and derby walking shoes, bringing its sturdy style into towns across England.

A favourite of Prince Charles, Tricker’s received a Royal Warrant in 1989. Around this period the company’s rugged, almost chunky boots and shoes became appreciated as objects of pure style, particularly in Japan. In recent years Tricker’s has collaborated with British boutiques, such as End, and runway designers, such as Junya Watanabe. In 2019, the same year it opened a shop in Tokyo, Tricker’s reported that 80 percent of its shoes are now sold overseas.”

Nice work! To find out more about these brands, as well as many others, as well as entries on everyone from LL Bean to A$AP Rocky, order a copy of The Men’s Fashion Book here.