Once seen as an obsolete format, our new book on turntable design describes how dedicated designers kept the analogue signal alive

If Gideon Schwartz’s book Revolution: The History of Turntable Design had been published a few years ago, it would have perhaps ended on a bit of a low note.

As Schwartz recalls in his chapter on the 1980s and 1990s, “The superiority of CDs, as promoted by the companies’ marketing teams, was gradually absorbed by consumers who were eager to accept the assurances.”

Many believed the vinyl records and their players would disappear from music lovers’ homes, just as other outmoded formats had faded into obscurity.

Yet for dedicated listeners, CDs never truly bettered vinyl playback, and innovative audio engineers and manufacturing concerns were pushing the format forward, even as compact discs were beginning to triumph. 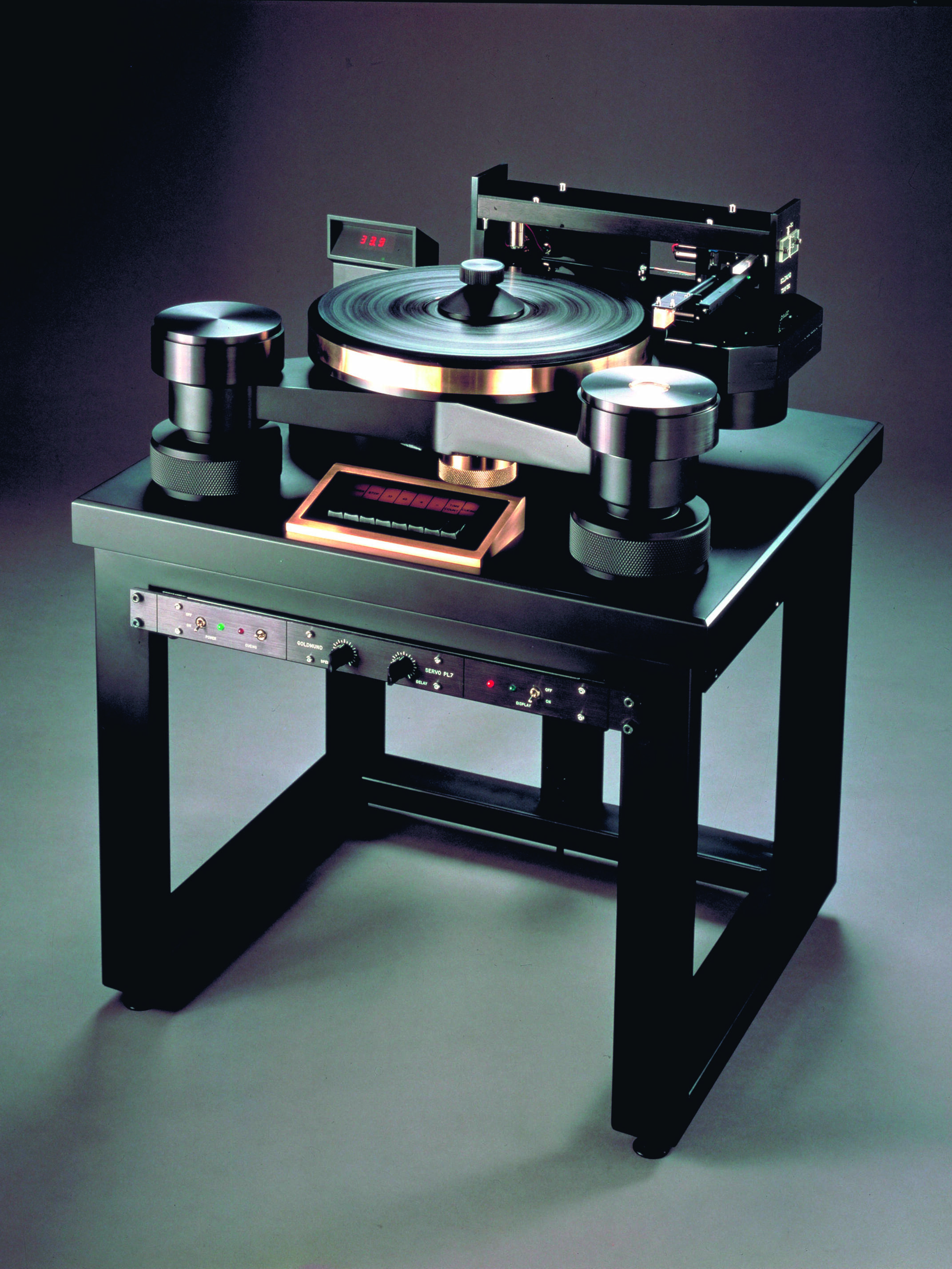 In 1982, the same year the first CD was released, the Swiss company Goldmund issued its monolithic Reference Turntable, in which it pioneered its concept of ‘mechanical grounding.’

“This meant providing an evacuation route for vibrations, resonances, and other mechanical energy trapped in the device, which would otherwise find their way back into the cartridge and resultant playback,” explains Schwartz. “Elected as one of the components that ‘shook the world,’ the Reference turntable was unprecedented in the analog market.”

A few years later, in 1994, when CDs were clearly the dominant format, Swedish physician, Dr. Peter Forsell, offered his take on analog fidelity with another finely crafted deck. “As a surgeon, Forsell was sensitised to precision tooling and desired to bring this level of machining to turntable and tonearm design,” explains Schwartz. “He incorporated an air-bearing platter and air-bearing linear-tracking tonearm in his Air Reference turntable. During the 1990s the Forsell was considered one of the top high-end turntables available.” 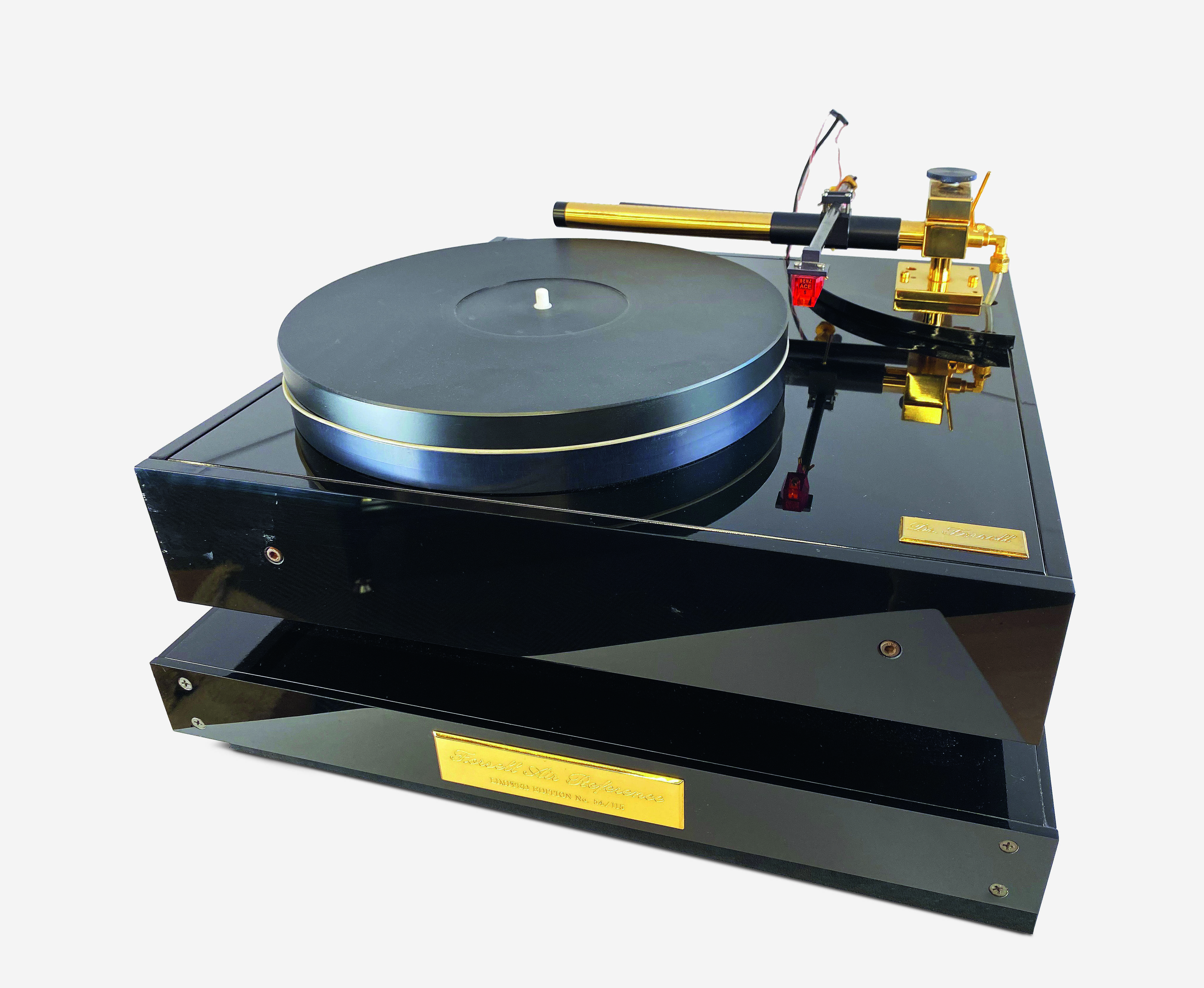 As CDs gave way to covenient but low-fidelity music streaming, so Schwartz notices a contrary, concurrent resurgence in appreciation or high-quality vinyl playback – a development he dubs the Analog Renaissance. From the early 2000s, big companies such as Braun and Bang & Olufsen, reissued or continued to produce signature models, while smaller, boutique concerns produced innovative, unusual decks for an increasingly inquisitive market.

The author singles out the German firm Transrotor. It was founded in 1976 by the mechanical engineer Jochen Räke, and continued to trade well into the 21st century. “Transrotor’s latest free-magnetic-drive bearing technology, which magnetically couples the motor to the platter, is evident in the company’s aluminium and acrylic masterpiece, the Tourbillon FMD,” explains Schwartz, beside a picture of this 2006 model. 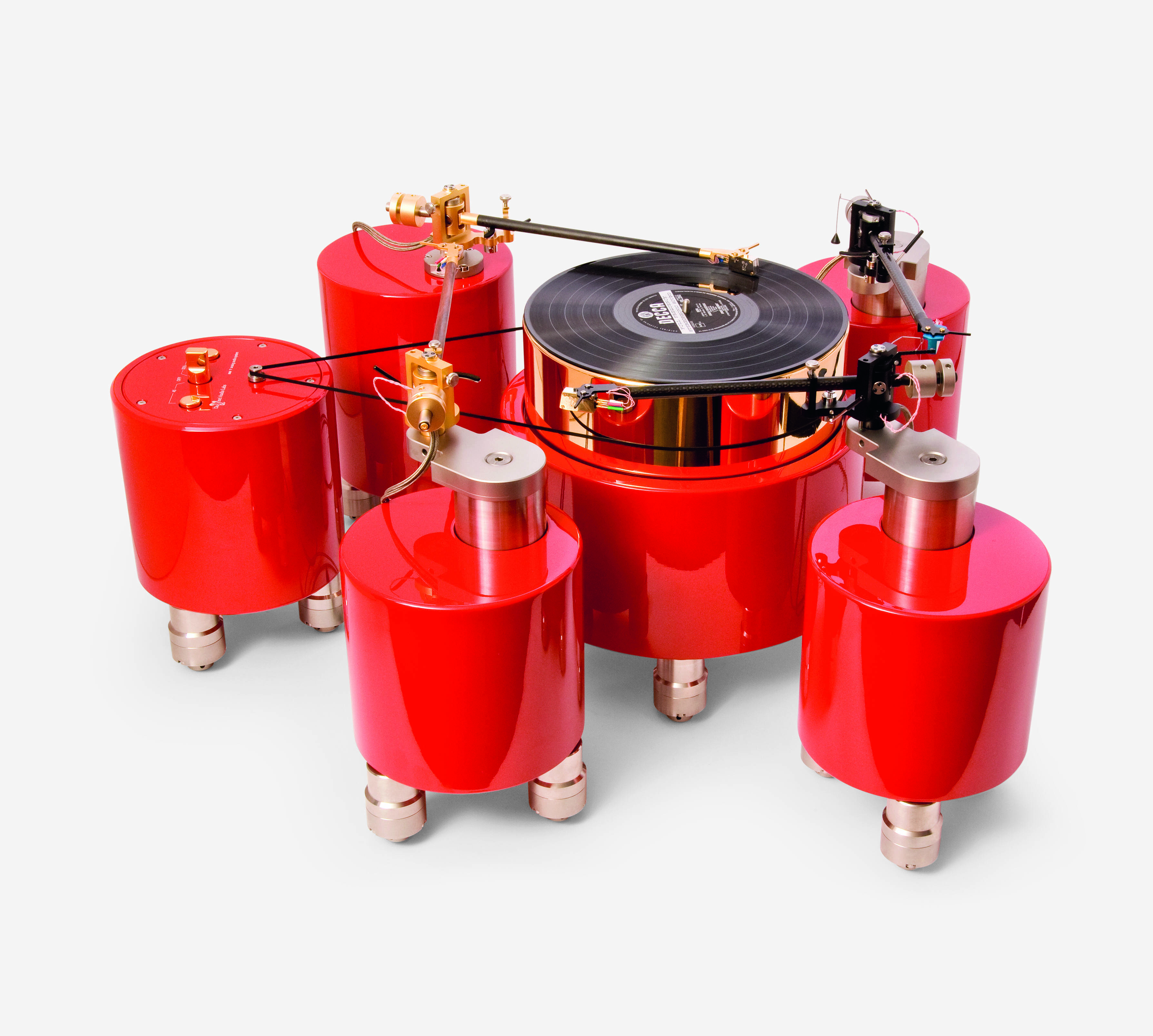 Schwartz also praises the jewellery-like beauty of Swiss atelier DaVinciAudio’s decks. “Acclaimed by the press as one of ‘the highest-fidelity turntables and tonearms in the world,’ its Reference turntable helped establish DaVinci as a principal player in Switzerland’s newly flourishing turntable Industry,” writes Schwartz. “ With four tonearm bases, the current iteration Reference MKII weighs 364 pounds (165.1 kilograms) and addresses vibrations with its silent magnet-bearing technology, separate motor and control unit, and integrated platter-damping system.” By the way, those multiple tone arms are for audiophiles keen to try out different cartridges without having to wire and rewire their deck. 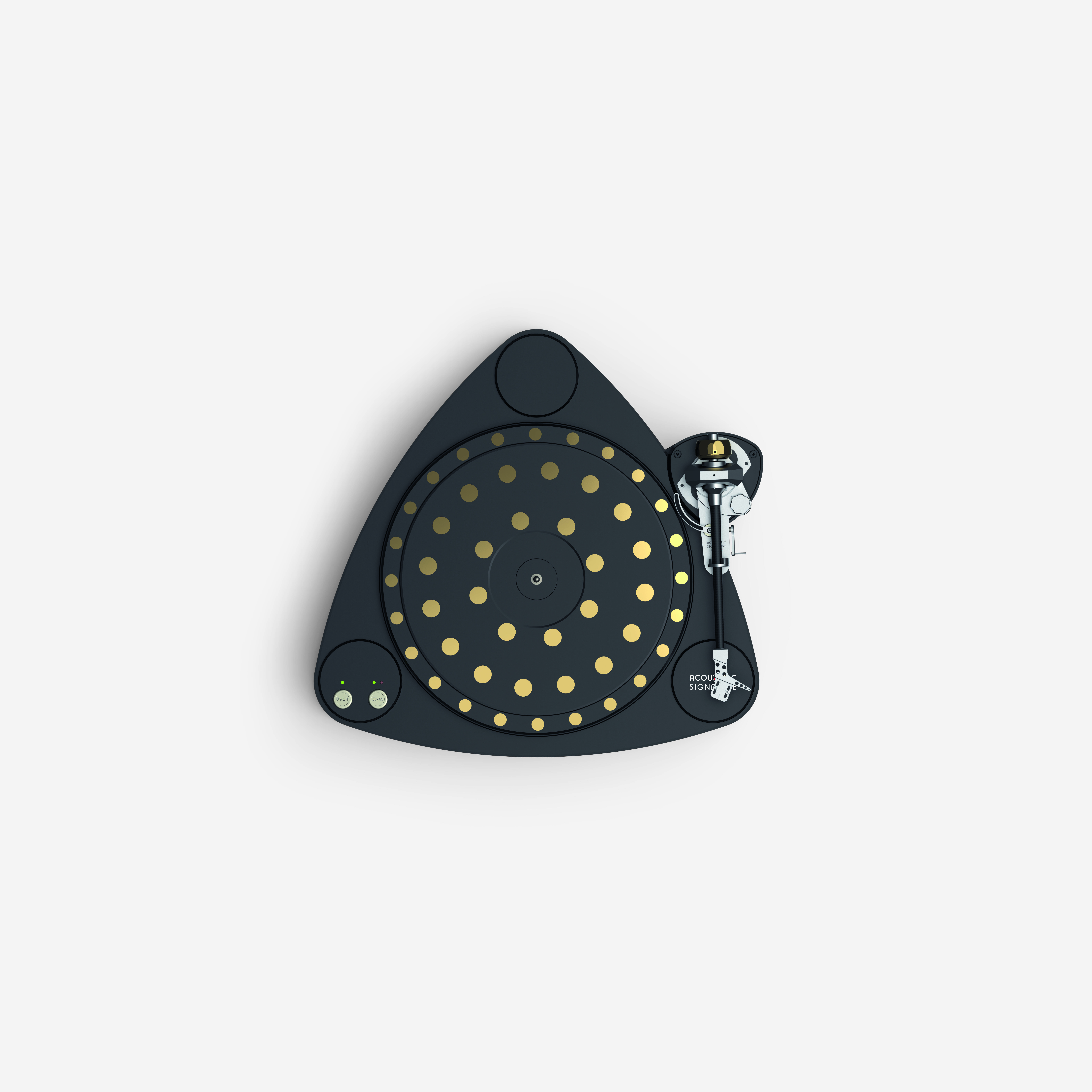 There’s no such facility offered by one of the most recent turntables in the book. The Ascona Neo Turntable, created in 2020 by German company Acoustic Signature (the same year vinyl started outselling CDs again in much of the world, including the US); however, this model does in fact pack a multitude of other components into its body. “Joining the ranks of other extreme precision-engineered tables, Acoustic Signature has taken its design ethos a step further by utilising multiple motors,” writes Schwartz. “For instance, the Invictus Neo model has six integrated, completely insulated AC motors. The intent with multiple motors is to create a high-torque device with consistent speed. Acoustic Signature additionally employs a massive amount of aluminium in its chassis for resonance and vibration control.” 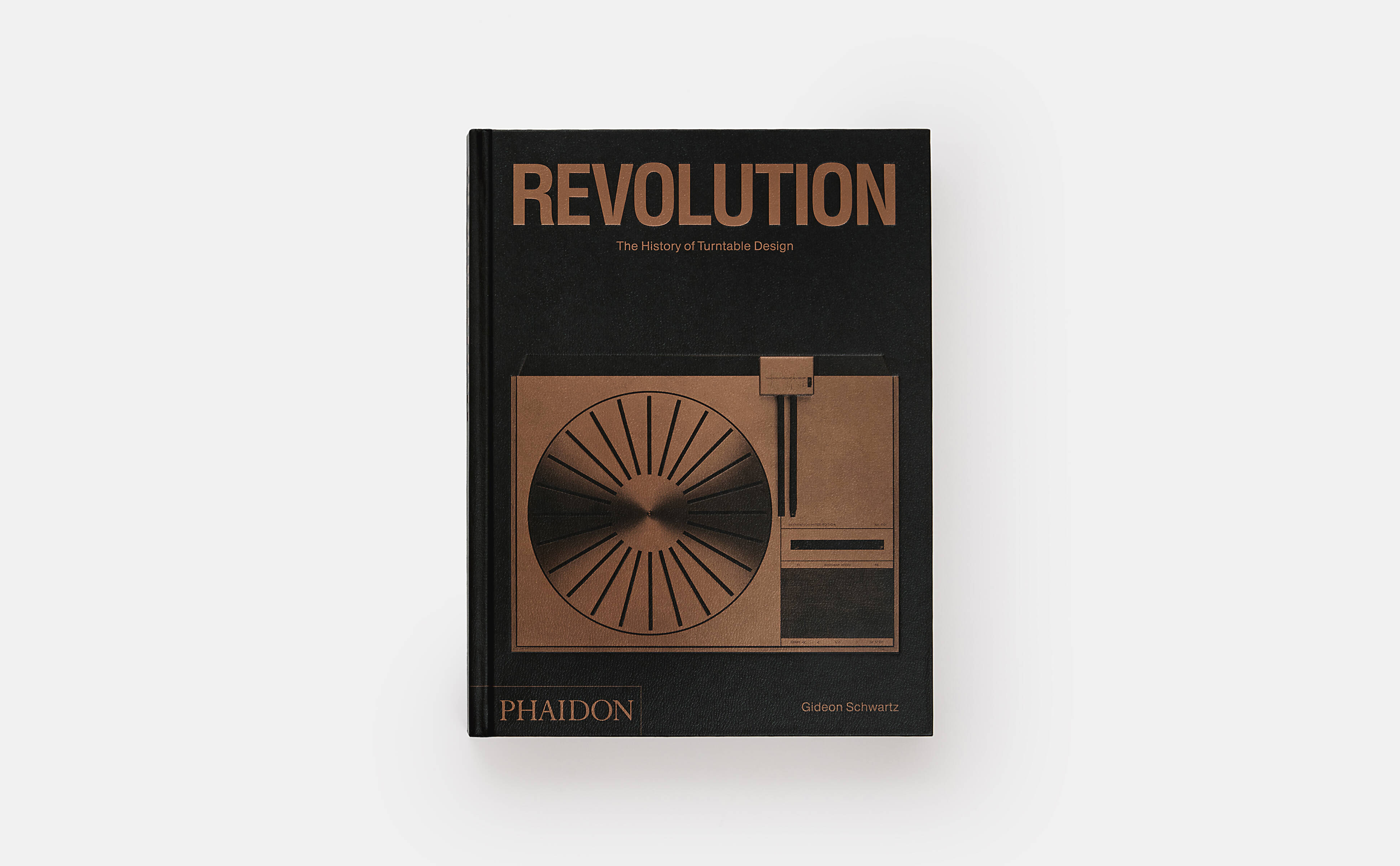 Rather than ending with the rise of CDs, or with the subsequent advent of streaming, Revolution shows how a reliable, high-fidelity format such as vinyl can still be innovative, decades after the needle first hit the groove.

To see these and many other decks keeping analog playback alive, order a copy of Revolution here.

More on The vinyl renaissance in the turntable revolution