In the seasonal gardener, Anna Pavord recommends this long-flowering shrub as one of her stars of summer

In The Seasonal Garden: Creative Planting Combinations, the award-winning British author and gardener Anna Pavord, picks out sixty of the best, most beautiful and most reliable plants, and chooses a couple of companion species to plant alongside these star choices.

The selection is arranged in seasonal order, and features plenty of herbaceous plants, annuals and bulbs. However, there aren’t many shrubs in the book, in part because the title is an update of an earlier work of hers, in which she chose not to include these medium-sized bushy plants.

Fortunately, in The Seasonal Gardener, Pavord has allowed herself a little more editorial freedom. “This edition includes some of the superb shrubs that have gradually become the focus of my own gardening style over the last couple of decades,” she writes. “How, I think now, could I ever have lived without the scent of daphnes, or the magnificent foliage of a shrubby peony such as Paeonia delavayi? Shrubs add bulk and substance to a garden. They give their own dramatic performance in season, but they also provide a generous backdrop to other more ephemeral plants around them. In choosing twenty of my favourite shrubs to star in this book, form and foliage have been as much in my mind as flowers.” 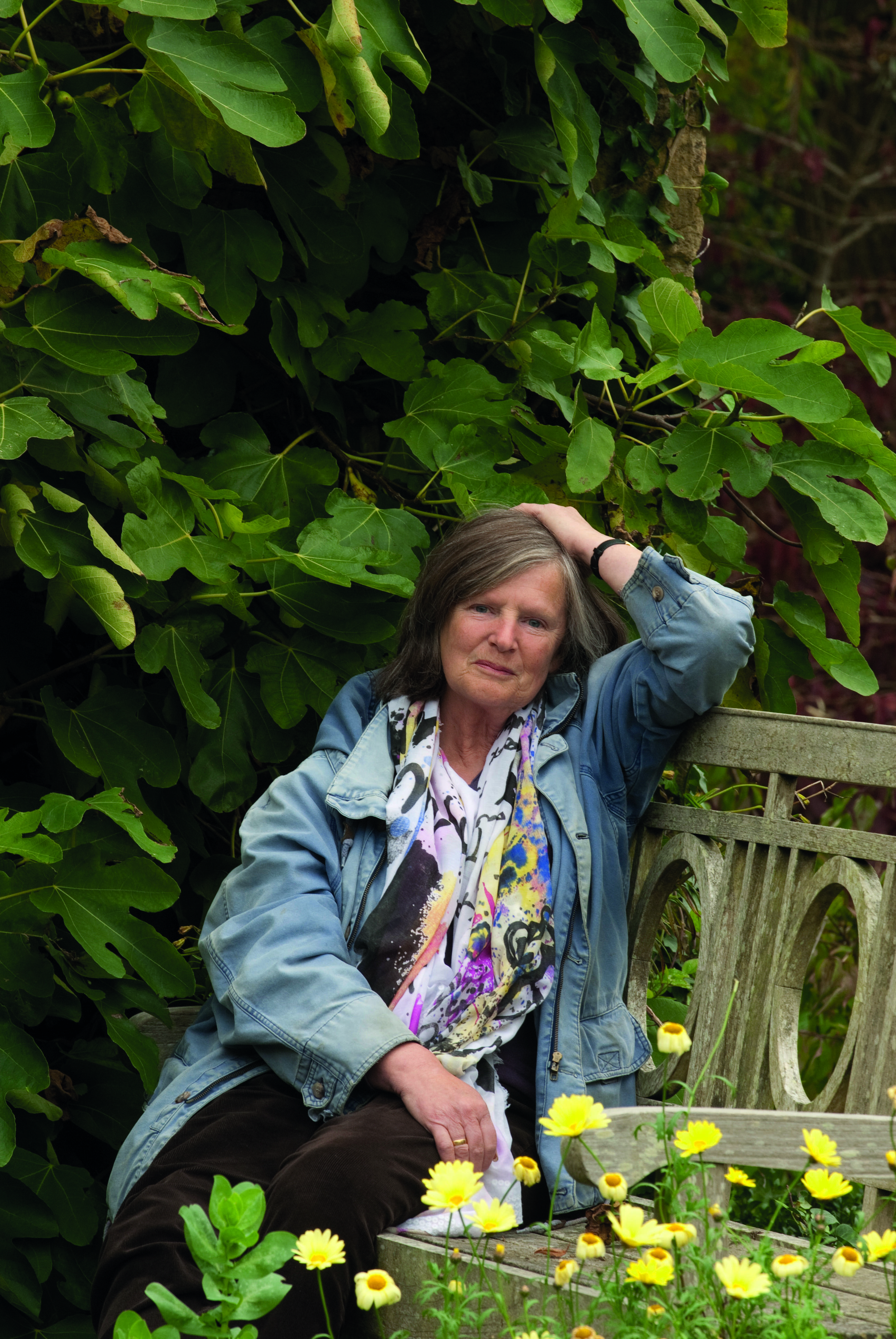 Of course there are some flowering shrubs that are a match for any bulb or annual. Take for instance the fuchsia that Pavord selects as one of her star plants in the High Summer section of her book.

“Fuchsias are wonderfully long-flowering shrubs, excellent players in a late summer garden,” she writes. “Some varieties are wildly theatrical, pirouetting with many-skirted flowers in bright pinks and purples. Fuchsia magellanica is a species native to Chile and Argentina and has the loose grace typical of plants left as nature intended. Lax branches arch out from the base, bearing thin flowers of deep red that swing and sway on the stems. They will last until the first frosts.” 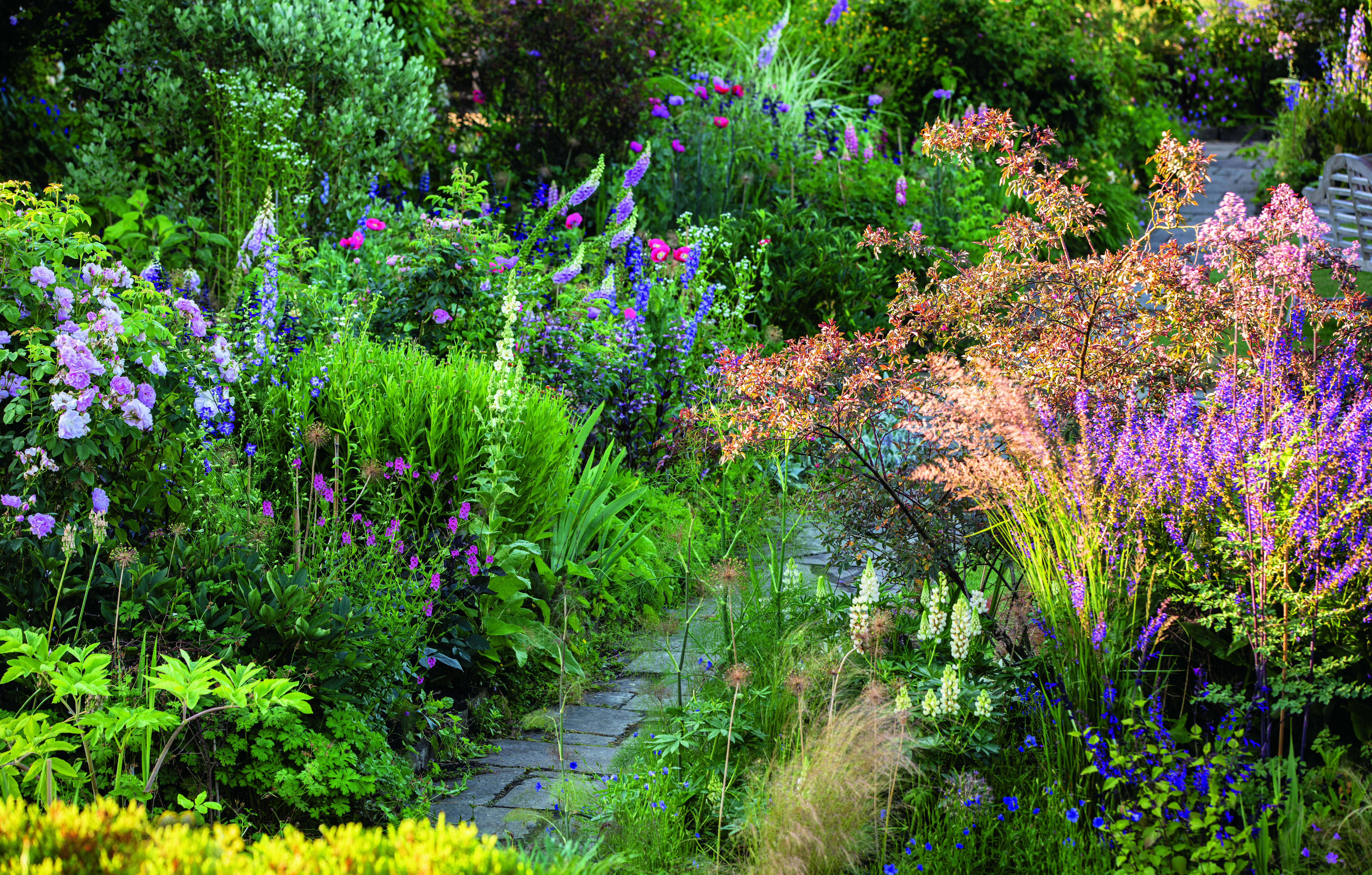 Experienced gardeners may know all this, but they might not know which plants to bed in alongside. Fortunately, Pavord has a couple of selections in mind. The first is a tallish salvia known as Indigo Spires, which will weave within the fuchsia beautifully. “This handsome hybrid between S. farinacea and S. longispicata arose in the Huntington Botanical Gardens in California,” writes Pavord. “The flowering spikes stand strongly upright, tapering gracefully to the tip.”

The second is Gladiolus communis subsp. Byzantinus, a magenta gladiolus which “will flower in early summer and set the tone for the fuchsia, which follows later in the season,” explains Pavord. “This wild gladiolus, a native of Spain and northwest Africa, is a world away from the top-heavy gladioli of the show bench. It grows like a herbaceous plant, self-supporting and strongly upright in growth.” 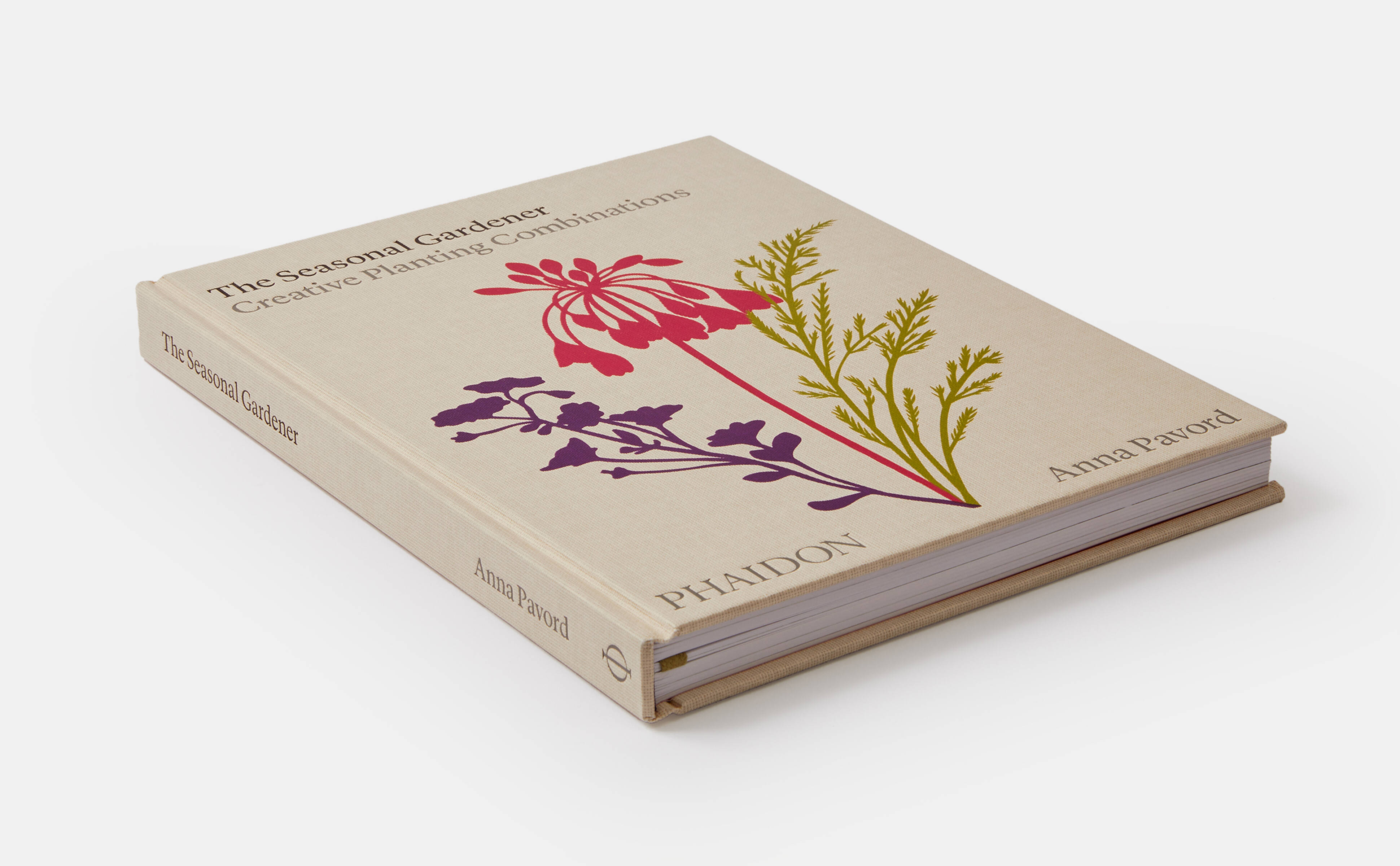 For more on these selections as well as many other planting combinations order a copy of The Seasonal Gardener here.

Inspiration for stunning planting for your garden throughout the year – from Anna Pavord, one of today’s most inspiring and much-loved garden writers, author of the global bestseller The Tulip

First published in 2001, and now fully revised and updated, in this inspirational book, acclaimed bestselling author Anna Pavord selects 60 ‘star plants’ – from iris to hostas – and pairs each with two perfect partners: shrubs, herbaceous perennials, bulbs, and annuals that no garden should be without. This classic book reveals how best to group plants in a garden to create a year-long display. Ranging from hydrangeas, salvias and ferns to dahlias, tulips and snowdrops, each star plant is paired with two partners, offering gardeners creative planting solutions to achieve stunning results, season by season.

Anna Pavord’s books include her globally bestselling The Tulip and The Naming of Names. Her gardening column in the Independent newspaper in the UK ran for 30 years from the paper’s launch in 1986 until the last print edition. Today she writes for the Sunday Times and is an Associate Editor of Gardens Illustrated magazine. Pavord lives in West Dorset and was awarded the Gold Veitch medal from the Royal Horticultural Society in 2001.

'An all-star cast that will make your garden look splendid year-round.' - The Sunday Times

'The layout is elegant and easy to navigate...close-ups of each 'star' plant and their companions [...] are as inspiring as they are beautiful.' - Garden Design Journal

'Guides readers through the sometimes daunting task of what to plant together for maximum aesthetic appeal and impact.' - Veranda

Summer Reads: This is what high summer should look like in your flower beds, according to one of the world's best garden writers

Appreciate anemones? Pair them with the cosmos!

Take pleasure from tulips? Here's what you should bed in beside them 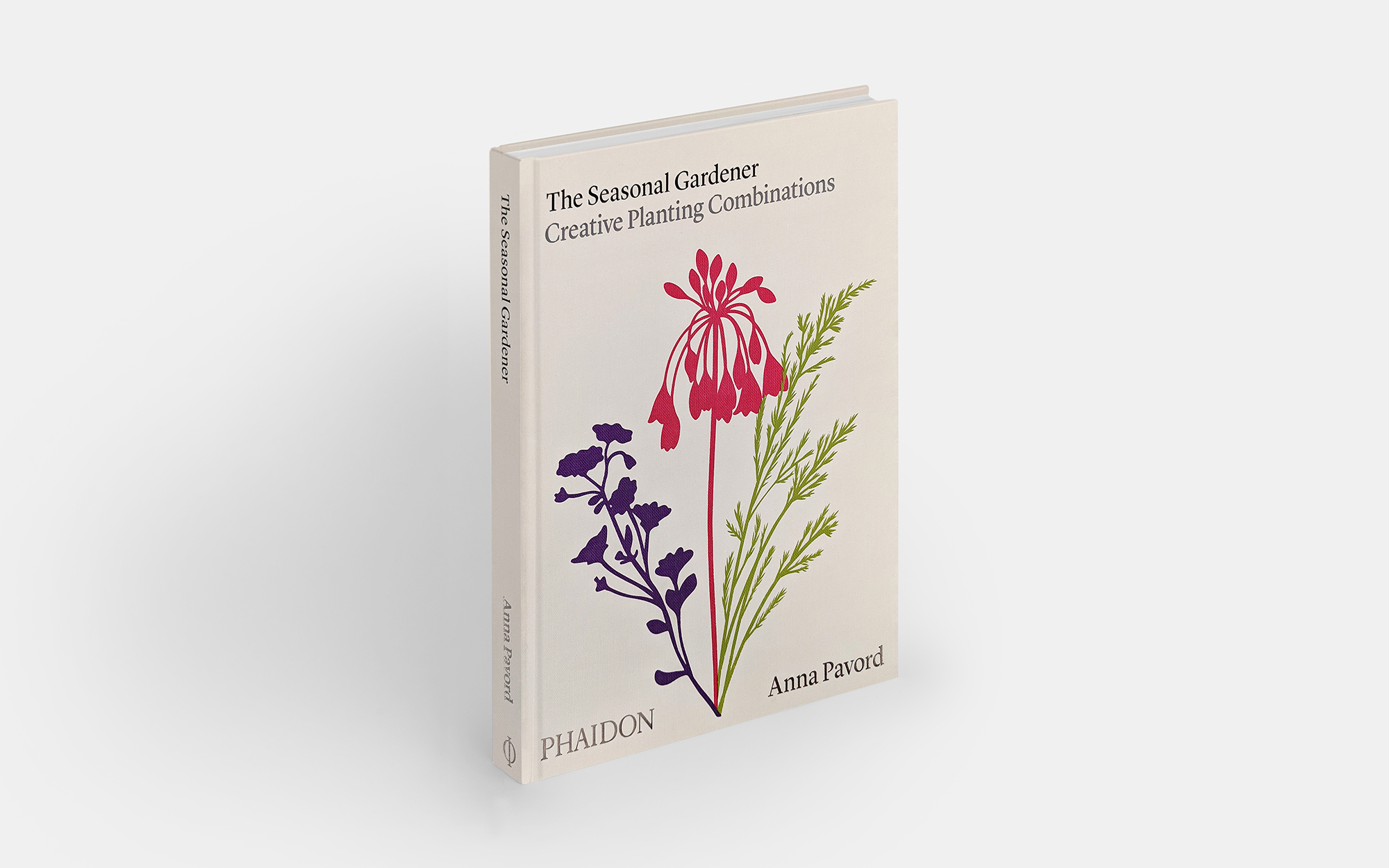 All you need to know about The Seasonal Gardener