Read why Mette and Rolf Hay, the founders of one of Scandinavia’s foremost home design brands, bring to mind an earlier, 20th century design couple

HAY’s beautifully designed, eminently affordable products have improved so many homes across the globe, it seems apt that the company began with one, romantic home visit.

As the design commentator Lucy Burton writes in our new book, HAY, the founders of this Danish furniture and furnishing’s company, Mette and Rolf Hay, first met a little over two decades ago, when they didn’t share a surname, and were, instead, colleagues at Gubi, another Copenhagen design house.

“Initially it seemed they had little in common,” writes Burton. “Rolf was a thirty-year-old sales representative at the company; Mette was only twenty, just finding her feet in the Industry.”

However, their distinctive working practices indicated they might have a future together. Burton highlights “the way Rolf took the time to wish everyone good morning when he entered the office, and how Mette seemed to share Rolf’s exact perspective on design.

“This chemistry – personal and professional, wound tightly together – soon became obvious. Mette’s mother spotted it on a chance meeting while visiting her daughter’s office. ‘She said she could see something in our eyes,’ says Rolf. ‘She knew it even before we did.’ Eventually, the realisation hit one memorable evening when Rolf headed home with Mette and, as the story goes, never left again.”

That was not only the beginning of a wonderful romantic relationship, but also a fruitful professional partnership. The couple founded HAY in 2002, to create well-designed furniture and accessories at a price well within the reach of the ordinary home owner.

Rolf focusses on HAY’s furniture and lighting collections, while Mette oversees its wildly successful accessories lines. Yet the two of them work best as a team. 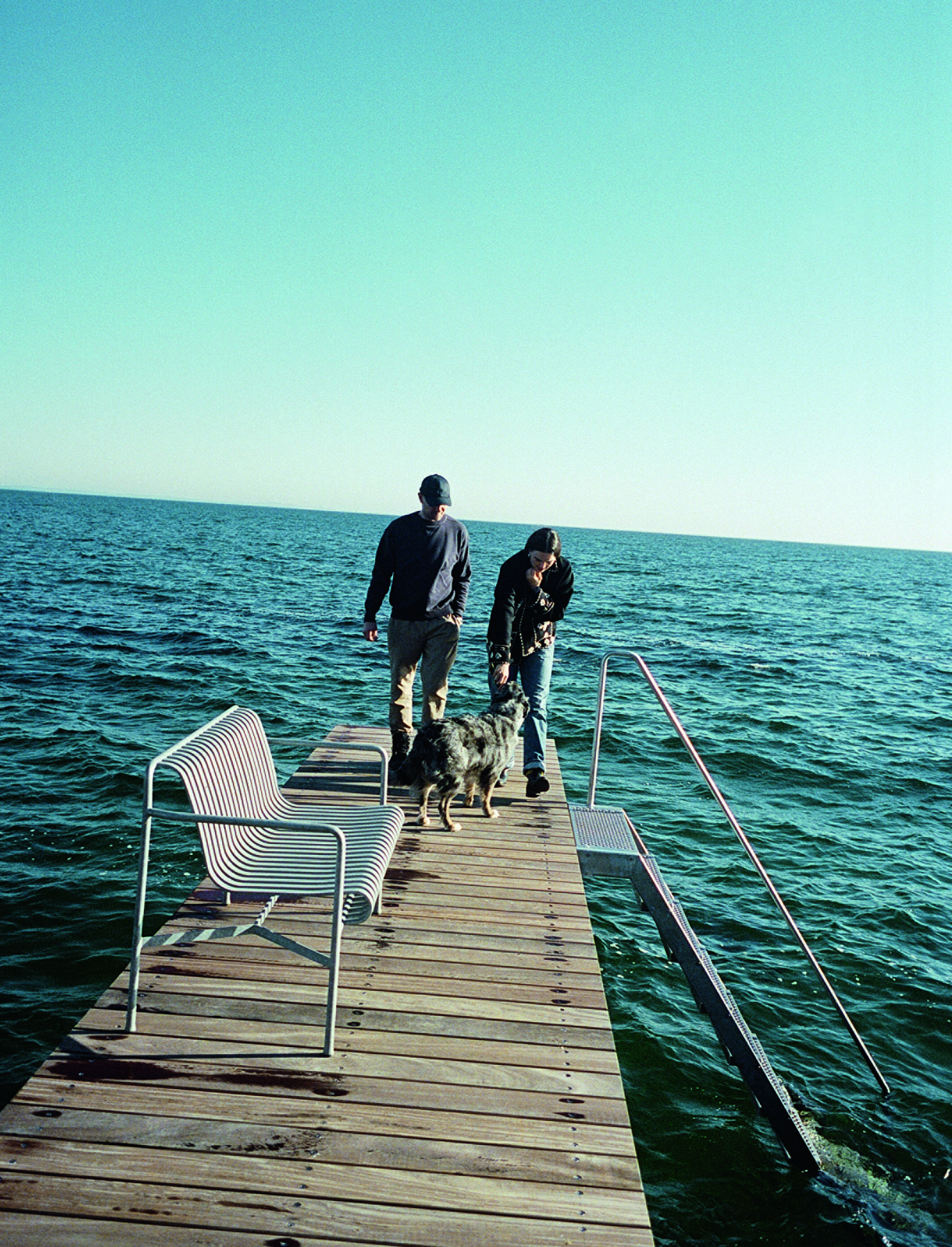 Mette and Rolf with their dog Lola at their home, Denmark. Photo by Jody Barton

“For us, design is intuitive,” the couple write in the new book. “We feel strongly that beauty and function should always be matched: every design begins with the feeling that there is a need for this product in the world. The need is often humble, a modest moment in our daily lives – making our morning coffee, brushing our teeth or sitting down to a quick lunch – which we believe can be made a bit better through good design.”

And it’s not only Mette’s mother who noticed their complementary chemistry. In his foreword, John Hoke III, Chief Design Officer at Nike, recalls meeting the couple when he was a board member of Herman Miller (now MillerKnoll) – HAY’s majority owner since 2019.

“I vividly remember Rolf, seated among a selection of work, eloquently describing form, surface, materiality and assembly,” writes Hoke. “He was a gracious creator, both modest and proud. Mette followed with a sophisticated and dynamic thesis on HAY’s use of colour, graphics and material to invite a deeper gaze. It was a world-class discourse on how one can imbue objects with personality and emotion.

“They seemed in sync as a creative duo, unbound by strict roles, but able to unite in a cognitive flow,” he goes on. “ It’s what I imagine Charles and Ray Eames must have been like in their own design doing. Theirs was a ballet of creativity: two people at the top of their game, conspiring to do the hard work together, uniting as one. I like to think of these design duos as having a unique advantage: catalysing two minds, four eyes, four hands and two hearts, all in service of greater creativity – to engage, build, dream, dare and do.”

To hear more from Matte and Rolf, and to see many more of the products this brilliant couple have brought forth into the world order a copy of HAY here.

More on The loving partnership HAY was built on