Few 20th-century artists have hit upon success quite as early and as dramatically as Frank Stella. Indeed, nearly 60 years after his debut at the Musuem of Modern Art, a handful of simple, monochromatic paintings still define the artist for some viewers as a minimalist. Here's how curator Kate Nesin describes that show, those works and their enduring legacy in our new book on Stella.

"To many, Stella remains best known for his precocious appearance in ‘Sixteen Americans’ at the Museum of Modern Art, New York, in 1959," Nesin writes. "Only twenty-three years old, he was represented there by four of his ‘Black Paintings’, a series that eventually comprised about two dozen large-scale canvases, each composed of concentric bands or stripes in black enamel house paint on raw canvas, at once stark, deadpan, rigorous, imposing, velvety – diagrammatic but also tactile. 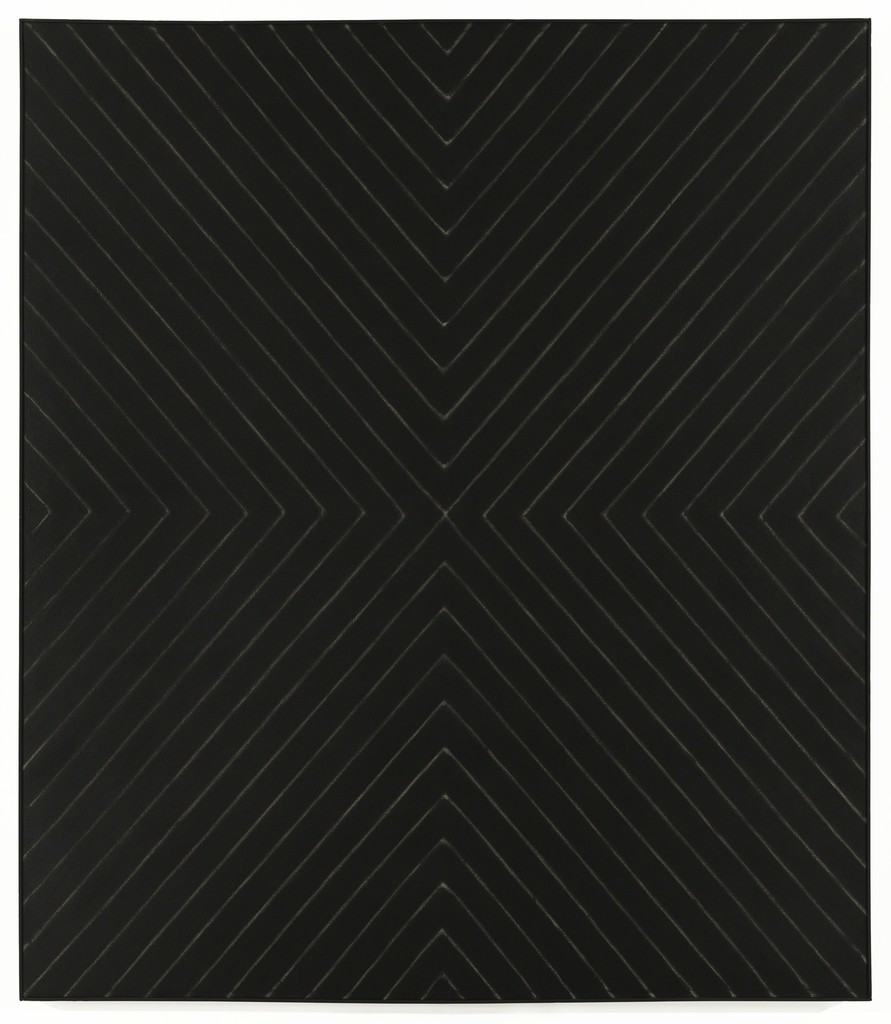 "These are evidently handmade works," Nesin goes on, "however purposefully flat-footed in their conception. They are at the same time crucial exponents in the history of non-compositional abstraction, by which artists have sought to produce paintings absent of subjective decision-making. Instead, emphasis is placed on the painting itself, on its materials and terms, as well as, during the 1960s in particular, on the viewer: it feels impossible to write about Stella’s early paintings without citing, for the umpteenth time, his own notorious line, ‘What you see is what you see’ – which either sets aside the difficulty of seeing them, or simply accepts the vagaries of seeing them. He offered this statement during a 1964 radio interview, and it has resounded like a Minimalist mantra ever since, treated as a kind of koan (a paradoxical anecdote or riddle without a solution) rather than as mere tautology."

Today, almost all accounts of minimalism in the art world reference Stella's Black Paintings as well as his "what you see is what you see" line. In many ways these works overshadow his far more varied later output. Is it fair to view the painter in this way? No, Nesin argues. 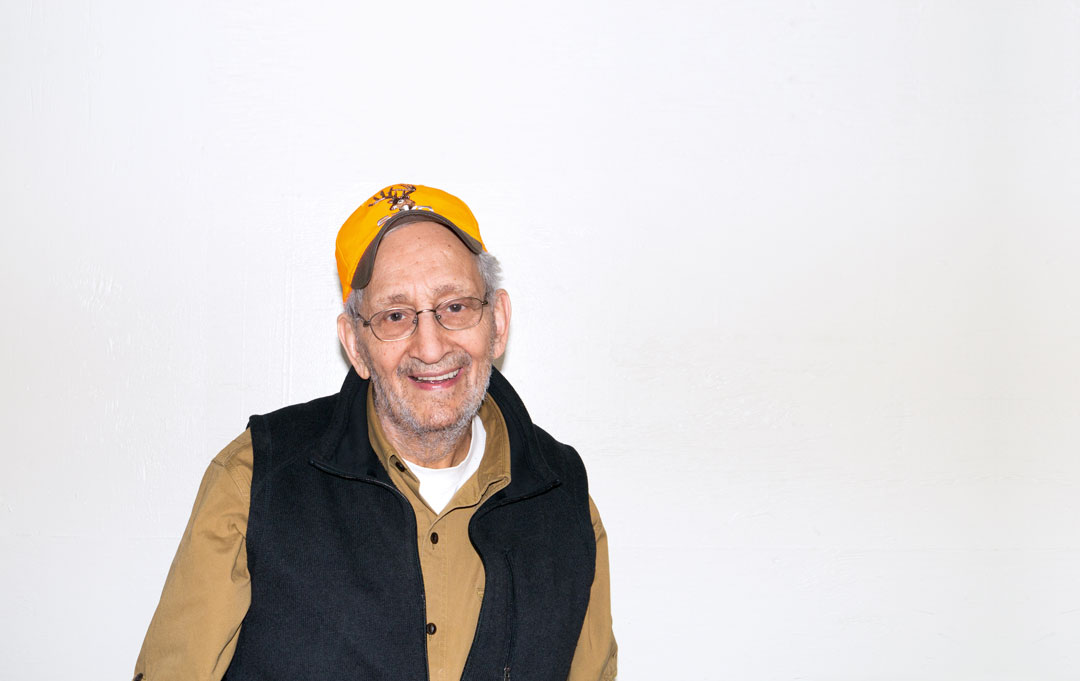 "Stella often describes the progress of his work from the late 1950s forward as one from Minimalism to ‘maximalism’ ," she writes, "as if by proclaiming his own subsequent tendencies he accepts one party’s ‘ism’ merely in order to forsake it. Thus we arrive at what seems, in retrospect, like a concerted trajectory away from the reductiveness of the ‘Black Paintings’: across the 1960s alone, the striped works from the first years of that decade ceased to be rectangular – first their corners were cut away, next the canvases were more radically shaped, eventually becoming lateral and wall-spanning as well."

Over the following decades Stella would go on to experiment with colour, shape, breaking up the picture plane, until finally his works fly right off the wall, into freeform abstract sculptures. The Black Paintings are great not only because they exemplify minimalism; they also serve as the perfect starting point.

For more on these paintings and many others order a copy of our new Frank Stella book, part of our Contemporary Artist series. And you can catch some great Frank Stella work at these exhibitions: New York, NY, Loretta Howard Gallery, Racers: Larry Poons and Frank Stella until February 10. Evanston, Illinois, Northwestern Block Museum of Art, Experiments in Form: Sam Gilliam, Alan Shields and Frank Stella, until June 24, Fort Lauderdale, FL, NSU Art Museum Fort Lauderdale, Frank Stella: Experiment and Change, until July 1, 2018 and Tuttlingen, Germany, Galerie der Stadt Tuttlingen, Frank Stella Prints (title tbd), October 6 – November 25, 2018. Meanwhile, tomorrow Friday, February 9 there is ‘An Evening with Frank Stella’ at the University of Houston. To celebrate the 20th anniversary of Euphonia there will be a discussion between Frank, Rick Lowe and Alison de Lima Green. 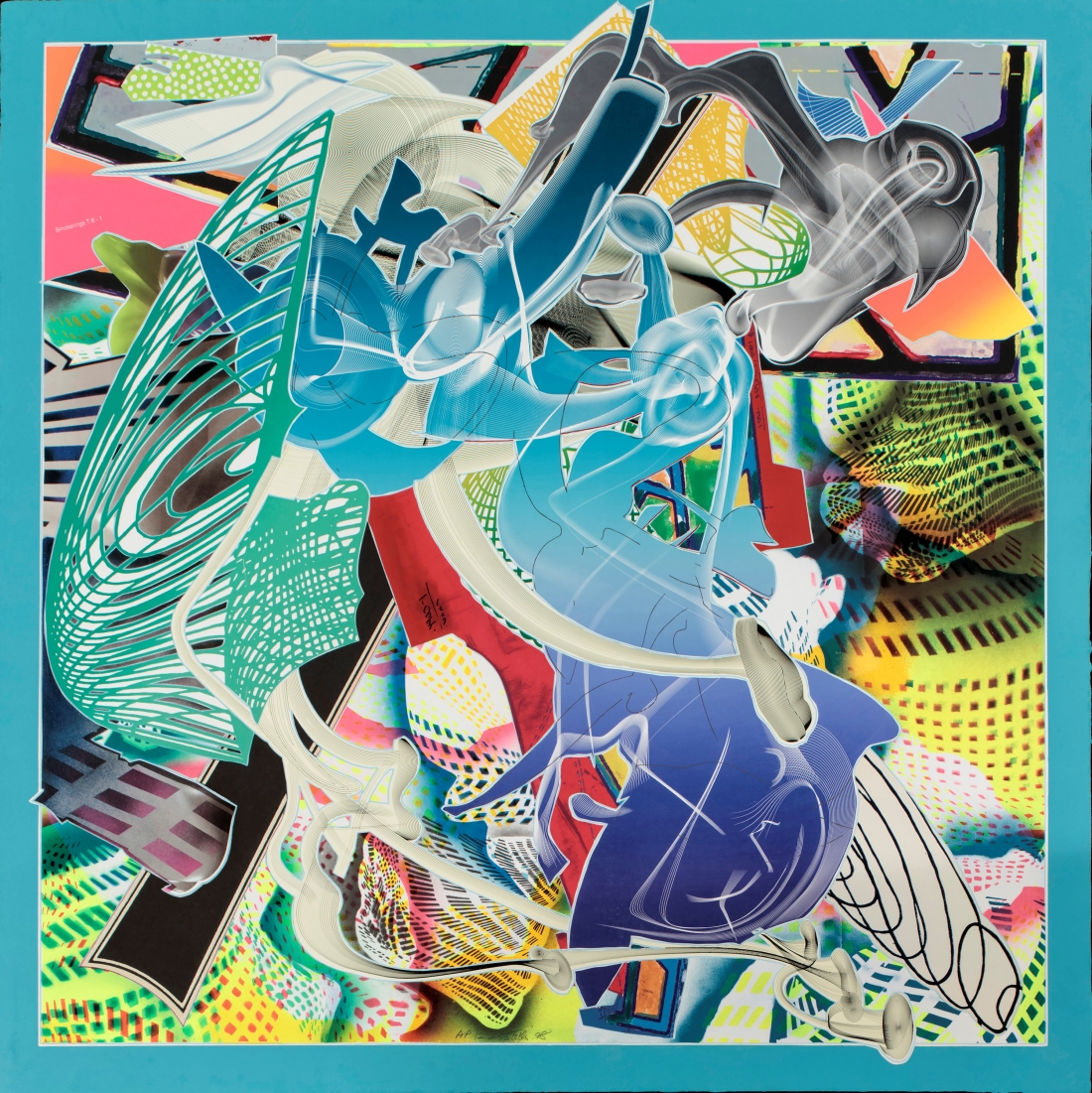 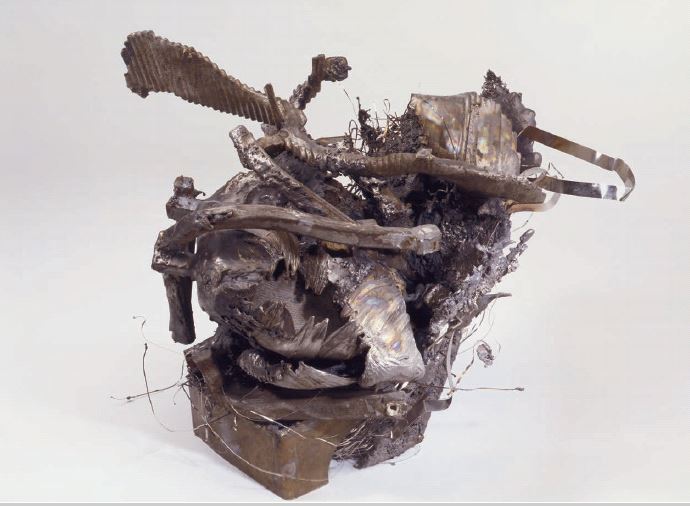 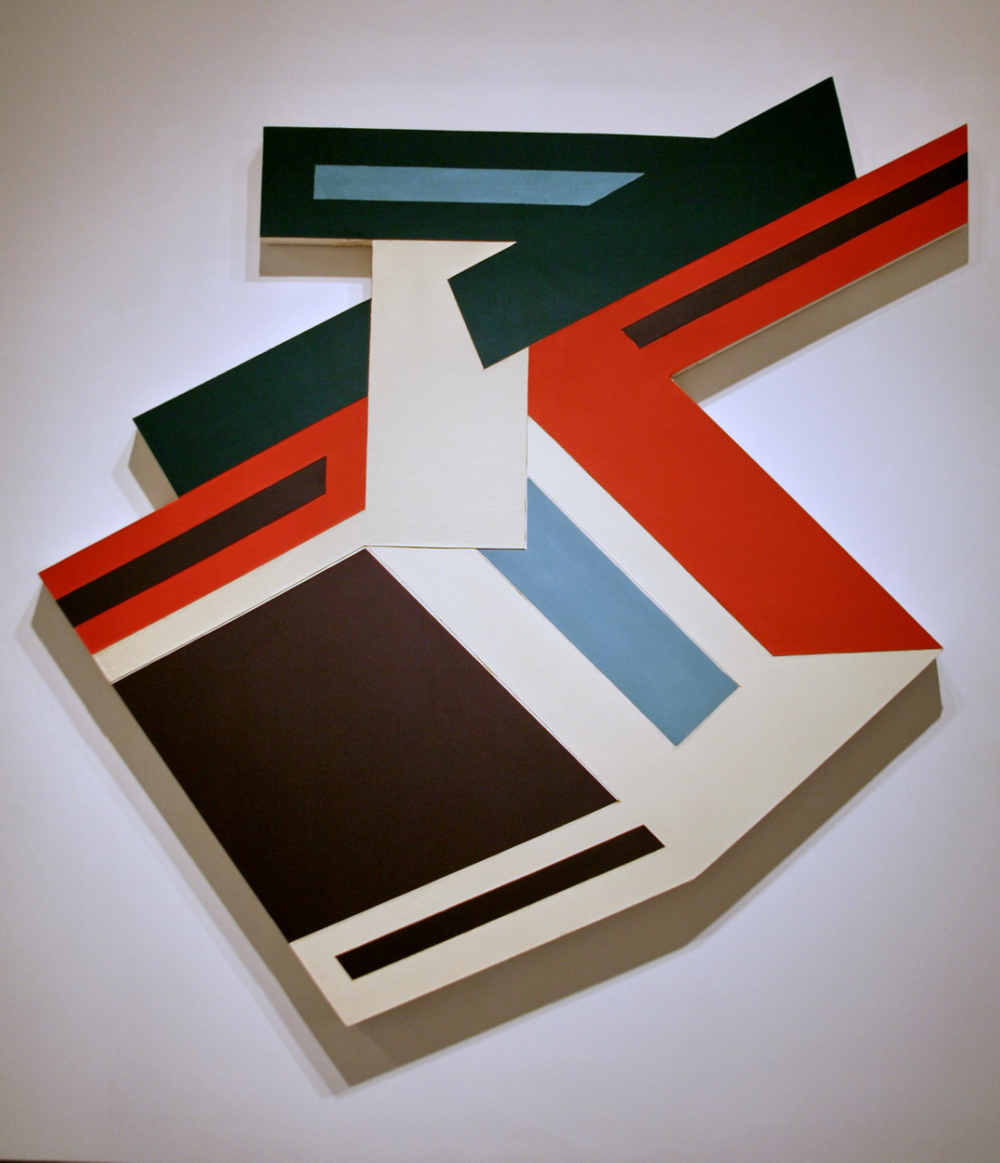 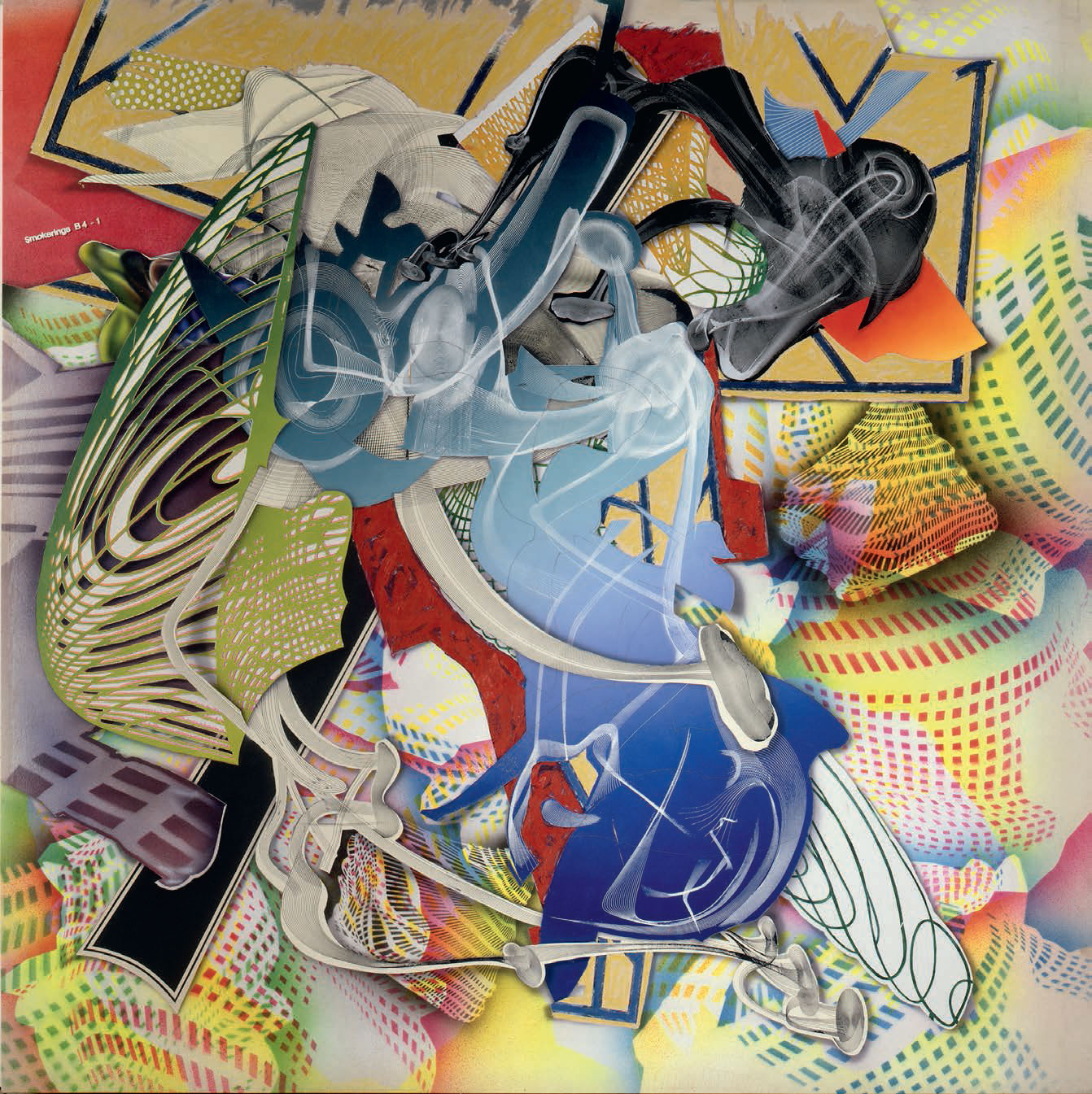 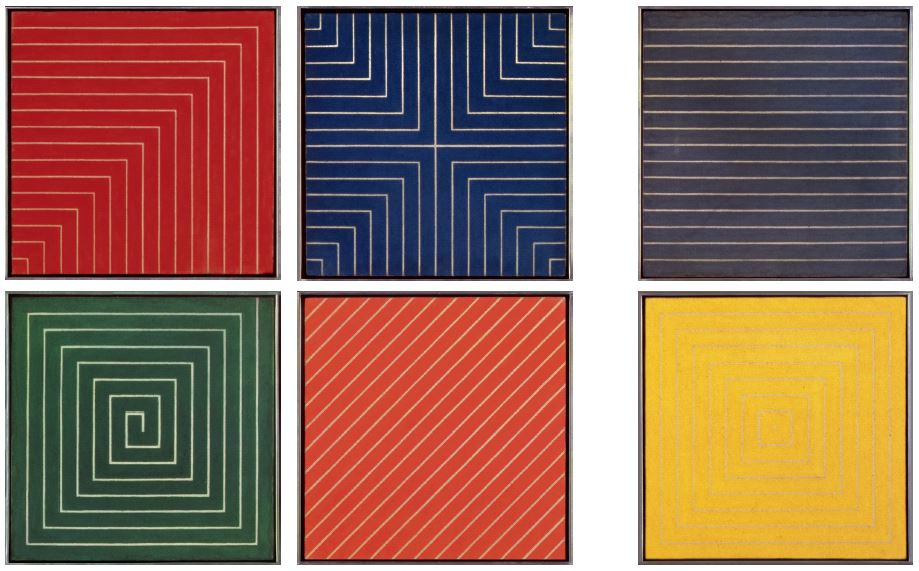 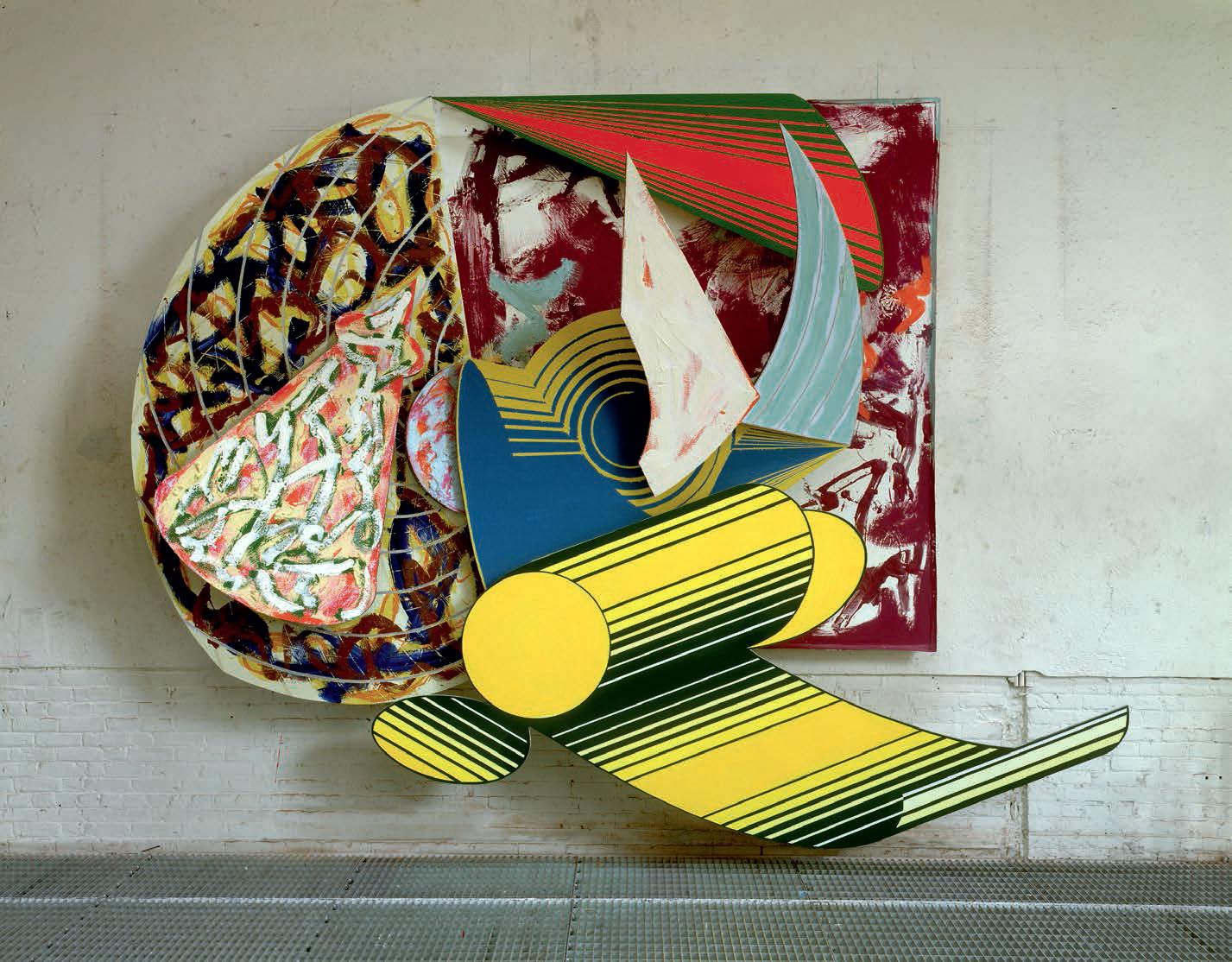 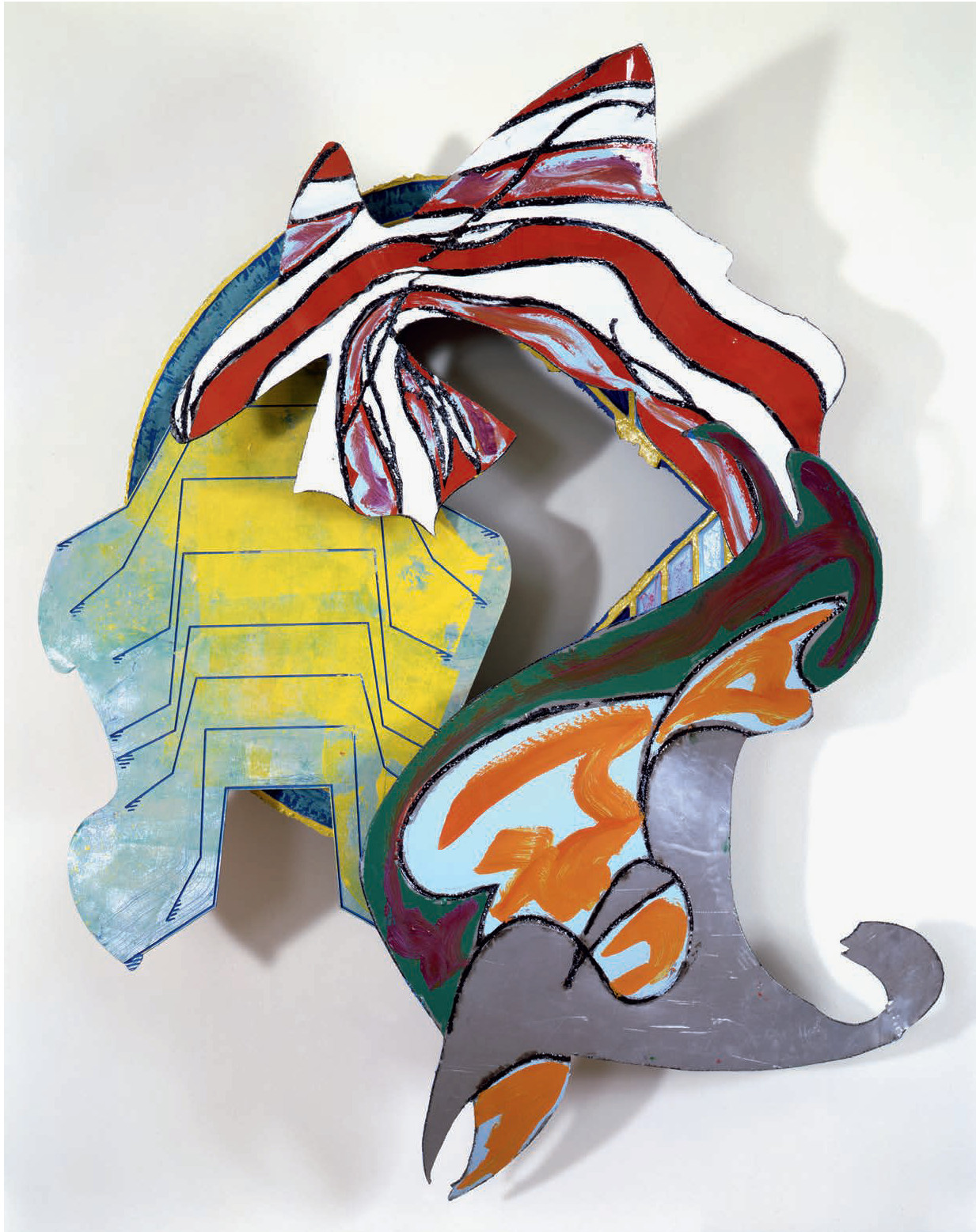 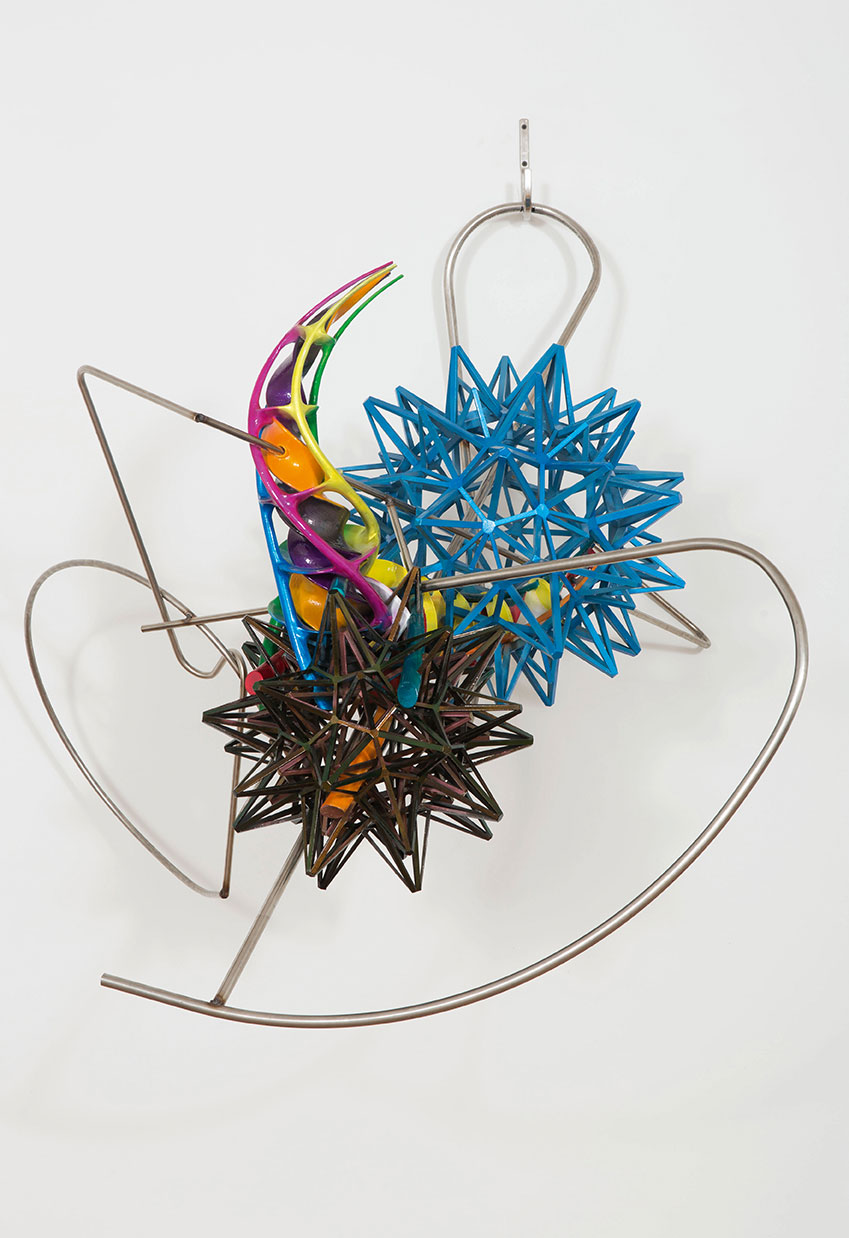