To begin with, the first thing the German artist Thomas Bayrle noticed about the prosperity of post-war Germany was the obsession with cleanliness. "Germany was trying to wash itself clean of its Nazi past," he says in our new book, Thomas Bayrle Playtime, "and it embraced this idea of hygiene and efficiency with an enthusiasm that was frightening.”

However, as the post-war boom continued, those national interests became a little dirtier. As readers of our book and visitors to the accompanying show at the New Museum in New York, might glean, around 1970 Bayrle's work started to examine the sex revolution. In detail.

"After the war, sex was not at all a theme in German public discussions," Bayrle tells Massimiliano Gioni in our book. "It was approached quite conservatively and was not really part of the whole rhetoric of the economic miracle. This changed radically in the '60s. All of a sudden, sex turned into a major source of social change. And it turned into a big business. The story of Beate Uhse, a former [female] World War II pilot who, after the war, started selling condoms and birth control with a mail order catalogue and went on to open the very first sex shop in the world, gives you an idea of the changes Germany went through." 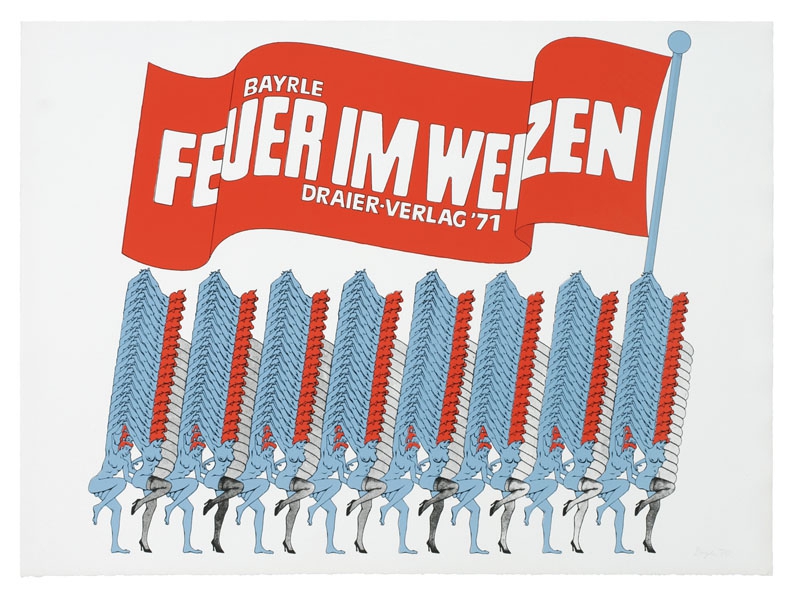 Nowhere is this priapic new public interest expressed more clearly than in Bayrle's series of prints from 1970, Fire in the Wheat (Feuer im Weizen). Like many of the artist's works, these pieces consist of larger, composite images, or 'super forms' as the artist calls them, created from smaller images.

However, rather than create an airliner from thousands of smaller planes, or a luxury car from hundreds of tiny, identical car marque decals, the Fire in the Wheat series morph together nude figures, penises, breasts, mouths and faces, to create pornographic imagery.

There's no mistaking the intimacy on show, yet any joy or connection associated with sex is absent. Instead Bayrle's sex images bring to mind a herd-like clamouring for sexual freedom, in which the libidinous pleasure is reduced to commodity, to be desired and supplied in a manner not so very different from the way the cars, toothpaste tubes and coffee cups of his other images are marketed and manufactured. 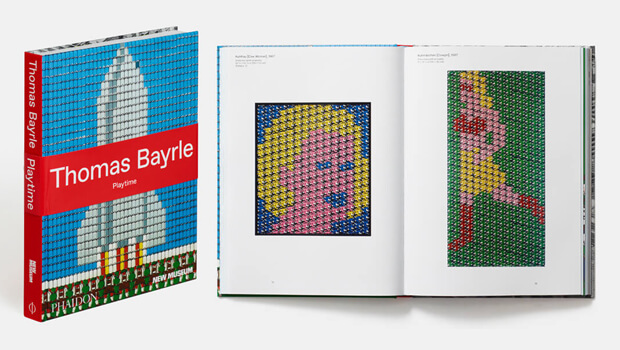 For more on this important contemporary artist order a copy of THomas Bayrle Playtime here.