In a series of newly released taped conversations, Bacon can be heard dismissing these Titans of 20th century art

Bacon wasn’t especially fond of abstract art either. He once jokingly referred to the spots on the walls of his studio where he tested colours out, as his “few abstract pictures”.

Now a set of taped conversations, recorded by Bacon’s friend and driver Barry Joule towards the end of the artist’s life, offers some insight into Bacon’s views on one particular abstract work: False Start, an important 1959 painting by the American painter Jasper Johns.

That US work, created towards the end of abstract expressionism and the beginning of pop art, bridges both these movements and, as Professor Isabelle Loring Wallace writes in our Johns book, “blazes with celebratory hues, its energized aesthetic a striking complement to the title’s suggestion that something short-lived has come to an end.” 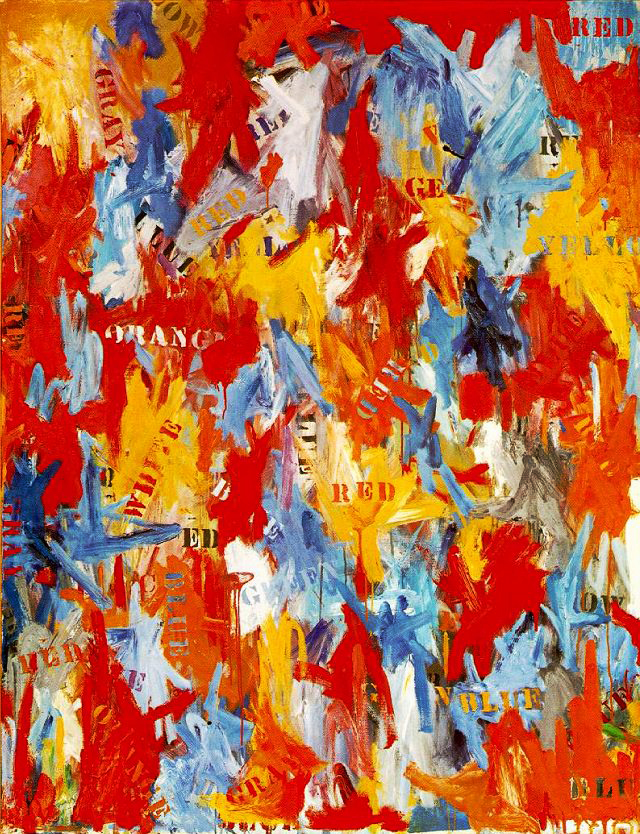 Bacon, however, took a different view. “It is such a ridiculous thing,” Bacon told Joule, prompted partly in air his views after the painting achieved a very high sale price $17 million at auction in 1988. “The whole thing, it is nothing. It is just a series of a number of diagonal scratches going in different directions in red and blue.”

Asked why he believed abstract works such as False Start were commanding such high prices, Bacon goes on to state, “it is the fashion. It is what the Americans are interested in; they are not interested in art. They are only interested in being talked about – about being mixed up in the latest thing … now it has become absolutely ridiculous in America.”

Andy Warhol was another artist whom Bacon dismissed. In the same set of taped recordings, which Joule was permitted to make so long as they were not shared publicly until 12 years after Bacon’s death in 1992, the painter criticised the Warhol works he had seen recently as part of the Royal Academy’s 1991 pop art exhibition. “These pictures are bad,” Bacon can be heard saying. “The Andy Warhols are very bad.”

Interesting, Hammer does draw comparisons, as well as distinctions, between Warhol’s work and Bacon’s. 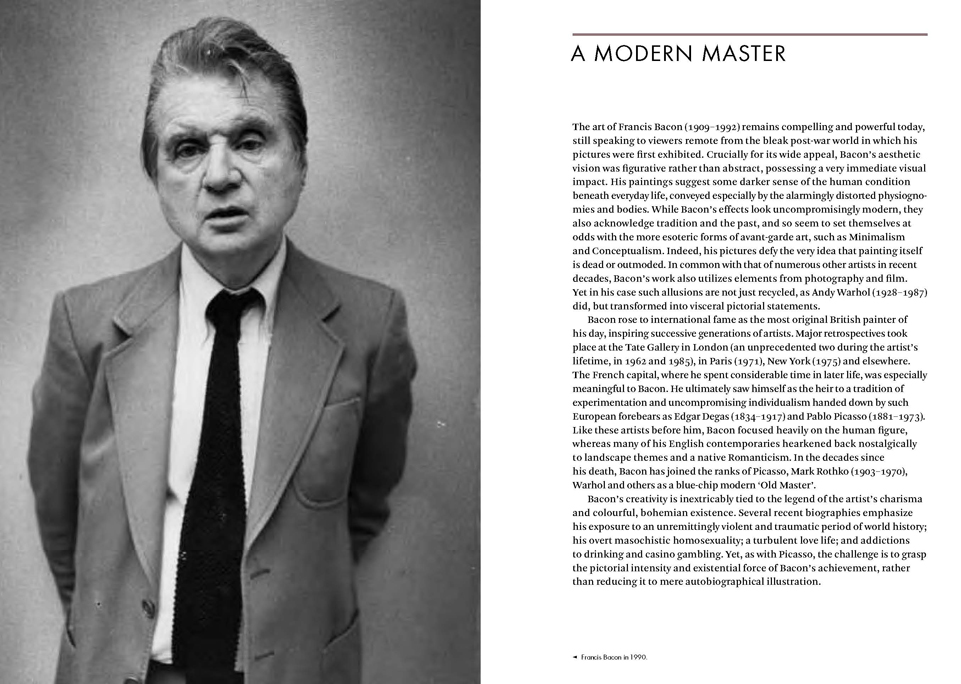 A spread from our Francis Bacon book

“In common with that of numerous other artists in recent decades, Bacon’s work also utilizes elements from photography and film,” Hammer points out. “Yet in his case such allusions are not just recycled, as Warhol did, but transformed into visceral pictorial statements.”

Bacon himself wasn’t always pleased with these ‘statements’ in retrospect. Around the same time as these private converations were being taped, Bacon dismissed his Screaming Popes series as a failure, in a far more public BBC interview with the critic Richard Cork. “If you can’t be harsh about your own work,” Bacon said, “what else can you be harsh about?” Quite a bit, as it would turn out. 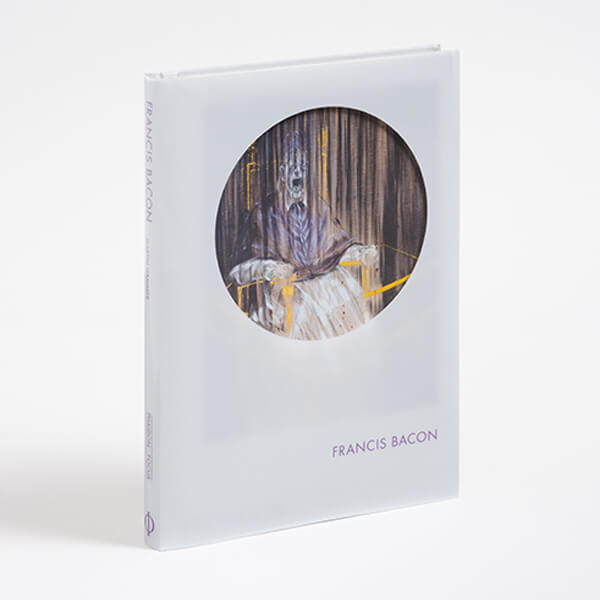 For more on Francis Bacon order a copy of this book; for more on Johns take a look at this one, and for more on Warhol consider these titles.

More on What Bacon thought of Warhol and Jasper Johns