Why has the director teamed up with British music producer Nellee Hooper to host a stand at next month’s art fair?

The award-winning Australian director Baz Luhrmann has excelled in other media, from pop music to window dressing. So should we really be that surprised by the news that he is planning to oversee a booth at next month’s Art Basel Miami Beach fair?

Luhrmann will commandeer the Swiss gallery Galerie Gmurzynska’s space, with the help of his wife, the costume designer Catherine Martin and the British music producer and long-term collaborator, Nellee Hooper.

The stand, B02 will be entitled A Kid Could Do That, (how many times has an artist heard that?) and will feature works by Yves Klein, Francis Bacon, Kurt Schwitters and Kazimir Malevich among others. With reference to the booth’s seemingly derogatory title, Luhrmann said, “Very few newly created works endure or leave an indelible imprint on popular culture unless at birth they draw passionate juxtaposing critical responses." 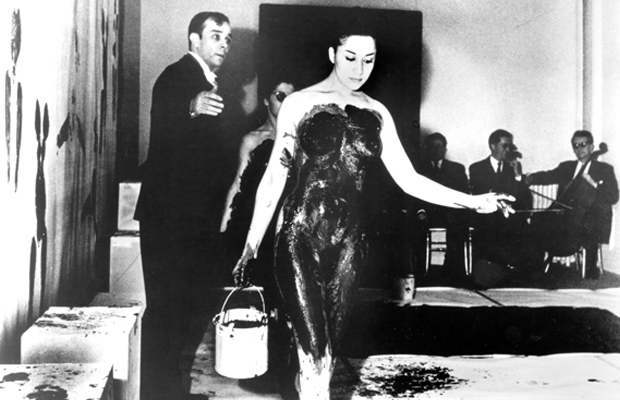 Yves Klein and model during a perfomance of Anthropométries de l’époque bleue, Paris, 1960

The collaboration suits Galerie Gmurzynska, which represents both fine artists such as Robert Indiana and the estate of Yves Klein, and such fashion and showbiz stars as Karl Lagerfeld and Sylvester Stallone. Moreover, Luhrmann and Gmurzynska both appreciate both dance and Joan Miró work, and have chosen to show the paintings Miró created for the 1932 production of Georges Bizet ballet Jeux d'Enfants, alongside a screening of film footage from this this production. 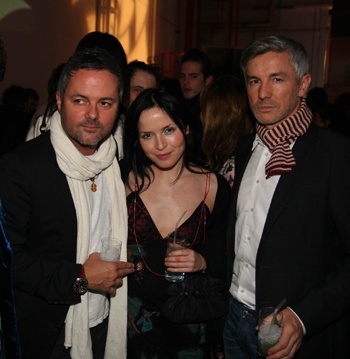 What will Hooper bring to the fair? Well, the British born music producer is a familiar face at Art Basel Miami Beach and a long-term Luhrmann collaborator, having overseen the music for Luhrmann’s 1996 film, Romeo + Juliet, and worked on Luhrmann’s 1999 single, Everybody's Free (To Wear Sunscreen).

Both are familiar with the art world; Hooper owns works by Warhol and Basquiat, while Luhrmann took a motorcycle trip across India with his friend the artist Vincent Fantauzzo back in 2010, painting murals on village walls along the way. None of these will be on show at booth B02, yet there should be a few curatorial surprises for film and music fans. 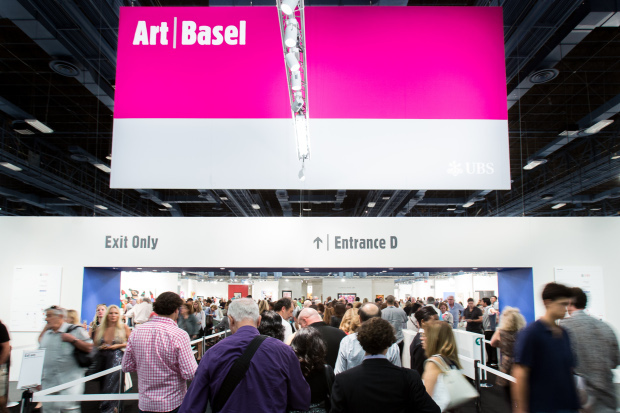 For more on what to expect from this year’s fair, go here. Meanwhile, for greater insight into Francis Bacon buy this book. If you’re going to the fair, don’t forget your Wallpaper Miami City Guide as well as a copy of Collecting Art for Love, Money and More, our indispensable book on acquiring a great collection. You can buy them both from the people who made them, here.