“All I can tell you about the work of Francis Bacon is that it stirs and excites me emotionally,” wrote the author Roald Dahl in a letter to Britain’s Arts Council dated 1986. “This is surely how the work of any painter should be judged. I can see no other valid way of assessing a painting's worth. No paintings stir and excite me quite as much as those of Francis Bacon. I know that there are some people who are not moved by them at all and to those unfortunates I would simply say, 'Jolly bad luck. I can’t help you.'”

Such an appreciation might strike some readers as out-of-character; the illustrations of Quentin Blake seem like a closer reference for fans of the author’s children’s books. However, Dahl’s more sinister adult short story collections, such as Switch Bitch (1974) and Tales of the Unexpected (1979), possess a macabre quality, in keeping with Bacon’s canvases, and so perhaps it shouldn’t shock us to learn that Dahl and Bacon were friends, and that the author collected a number of the great painter’s works.

Today, only one of these canvases remains in the Dahl estate’s collection: Bacon’s 1967 study of Lucian Freud. Later this month this work will go up for auction at Christies in London, with a high estimate for £12m. 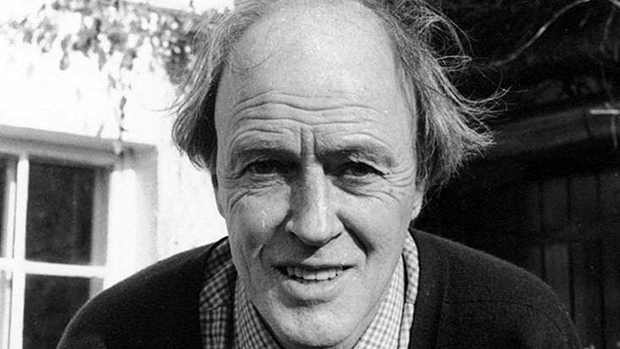 Dahl bought Study for Head of Lucian Freud for £2,850 in 1967, the same year that the work was produced, with some of the proceeds from his popular 1964 book, Charlie and the Chocolate Factory. Though the painting is quite modest in dimensions – measuring just 12 X 14 inches (35.5 x 30.5cm) – it dates from an incredibly fruitful period in the painter’s life.

As professor Martin Hammer explains in our Phaidon Focus book on Bacon, “The most convincing pictures from the 1960s are sensitive and intimate depictions of individuals in Bacon’s life. Portraiture became a strong strand in his art. The genre was outmoded, and so ripe for reinvention in less descriptive and flattering terms.”

Hammer goes on to quote Bacon himself on a certain “living quality” that the painter was looking to capture in these works.  “In painting a portrait the problem is to find a technique by which you can give over all the pulsations of a person. It’s why portrait painting is so fascinating and difficult,” the artist explained. “The sitter is someone of flesh and blood and what has to be caught is their emanation. I’m not talking in a spiritual way or anything like that – that is the last thing I believe in. But there are always emanations from people whoever they are, though some people’s are stronger than others.”

Francis Bacon - Study for Head of George Dyer, 1967. This work dates from the same year as Dahl's Freud portrait, and displays similar qualities

It’s an illuminating description, which perhaps this goes someway towards expressing the excitement stirred in Dahl, that the author was unable to express. To view the work, visit Christie's on King Street between 28 June and 1 July, prior to the work’s sale at Christie’s Post-War and Contemporary Art Evening Auction, 1 July 2014.

Meanwhile, for a richer insight into Bacon’s life and work, buy a copy of our Phaidon Focus volume. And if you're in London this month you can also hear professor Hammer discuss the life and work of this quintessential British expressionist painter at the National Portrait Gallery, on 19 June, at 7pm. Find out more here, and sign up to Phaidon Club for your chance to win a pair of tickets. Finally, for more artful children’s literature, do take a look at our kids’ books too.