"Photographs are not only points of reference," the late, great Francis Bacon is quoted as saying in our new book, Francis Bacon: Phaidon Focus, "they're often triggers of ideas." Yet, as author Martin Hammer explains, Bacon also believed, somewhat presciently it turns out, that "one's sense of appearance is assaulted all the time by photography."

Bacon might not have been interested in a photo-realistic style, but, as Hammer puts it, "Any painting worth its salt, [Bacon] felt, was bound to emluate, even compete with, the powerful, immediate and highly suggestive effects that these modern media had launched upon the world."

Later this week, gallery goers in Japan will get the chance to see just what sort of images triggered Bacon's creative process, whne photographs commissioned by the artist go on display in Tokyo at the Taka Ishii Gallery (March 9 to April 6). 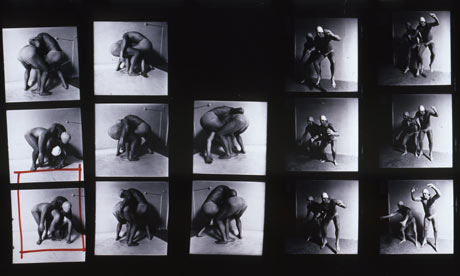 The painter drew from a wide selection of printed sources throughout his career, from medical text books through to wildlife studies. He admired the infamous motion studies of Victorian photographer Eadweard Muybridge, and often commissioned the Vogue photographer John Deakin to shoot pictures of his friends.

The contact sheets on show in Japan which were also commissioned by the artist, feature nude and semi-nude subjects and date from around 1975. They were shot in the artist's Kensington studio, and perhaps owe something to Muybridge's style, though the actual photographer's identity is not known.

Interestingly, many of the prints might not have survived, had the painter's friend, Mac Robertson, not persuaded Bacon to give him the shots, along with a cache of other ephemera, including scrapped paintings, letters, diaries and cheque -book stubs, which Bacon had planned to dump. 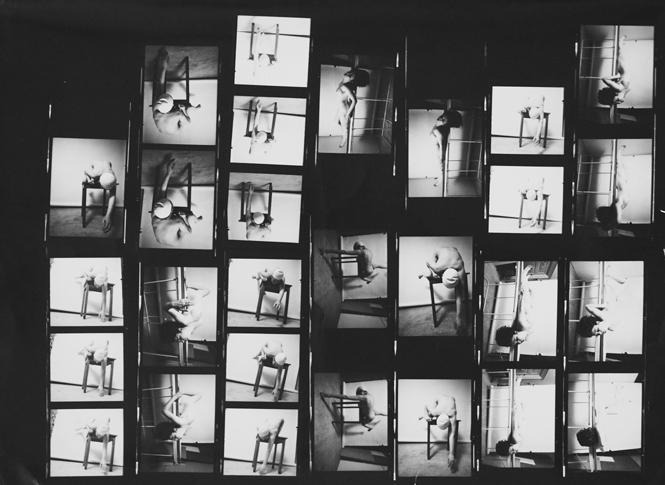 This is the first time that all eleven contact sheets - now owned by London's Michael Hoppen Gallery - have been exhibited together. The exhibition coincides with the Francis Bacon retrospective at the National Museum of Modern Art, Tokyo - the first posthumous retrospective of Bacon's works in Asia.

To find out more about the show, see Taka Ishii Gallery's site  and to learn more about Bacon, including his use of photography, consider the new Bacon book in our Phaidon Focus series.

More on Francis Bacon photos on show in Tokyo