How Nigel Cooke pushes painting to its limits

What is a painting? The British artist Nigel Cooke gives a pretty good answer at the beginning of our new book. “For me, a painting is a wall of questions,” he says in the interview section of our Contemporary Artist Series book. “It has a great mystery to it, especially after its finished. You look at it, and it asks you: ‘How did you end up here? What were you thinking? If the answer is ‘I still don’t know’, then the painting has gone beyond you, taken you outside yourself and you’ve somehow made something authentic.”

No one would doubt Cooke’s authenticity, even if the paintings he initially found fame with raised some fairly uncomfortable questions. When the painter first began to show his work in the first few years of the 21st century, he displayed delicate, horrific paintings, distinguished by ghastly jack ‘o lanterns, disembodied heads, deranged vagrants, and plenty of gallows humour. 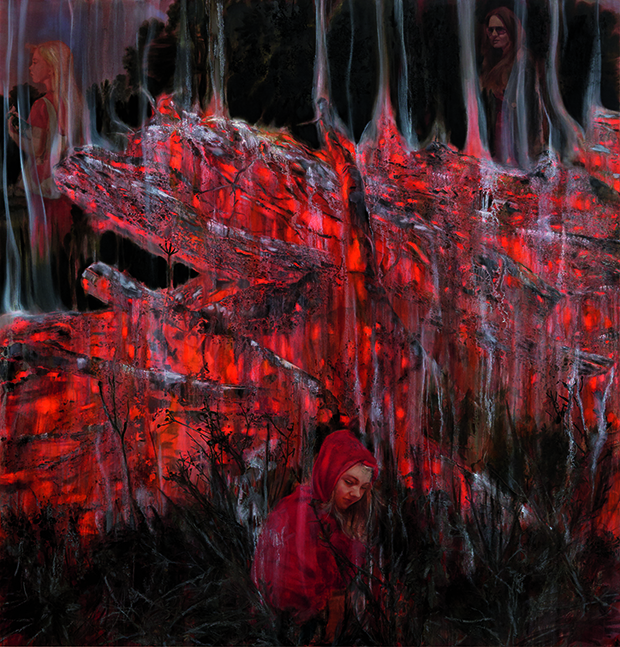 Now, for his first London exhibition since turning 40 in 2013, Cooke appears to be examining a whole different set of queries. The show, Roman Willow, at the Pace Gallery in London until 22 October, seems much more engaged with the natural, sensory world.

The works are partly inspired by the artist’s trips to places in continental Europe, including Córdoba, Formentera, Rome and the Italian Alps, and have a classical feel. There’s often a central figure – sometimes playing a guitar – and a more precisely painted foreground. Yet these works, like the earlier ones, aren’t simple visual transcriptions, but instead a web of more mature obsessions and concerns. 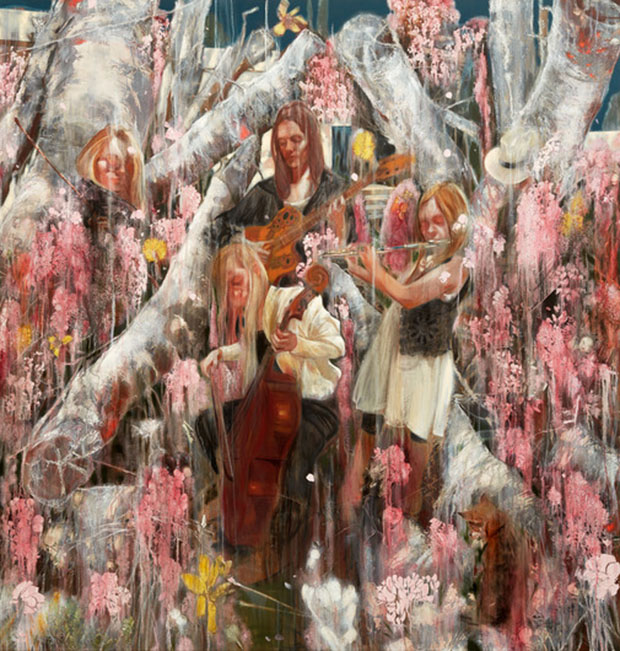 “The paintings eschew realism, favouring landscapes and space that vibrate with the energy and passion of lived experience,” explains Pace London. “Smouldering logs, sunburnt grass and wisps of smoke emanate a palpable sense of sound, smell and temperature. These images attain their effect largely from Cooke’s instinctual and highly physical handling of paint, which endows it with an elemental quality.”

You can’t hear the strumming or smell the smoke, just as you couldn’t hear the shuffling of the beleaguered protaganists in Cooke’s earlier paintings, yet there’s an enjoyable exploration of painting’s limits and boundaries in these new works. Could this switch from dystopian visions to a world of sensual sensibilities indicate an important stage of greater maturity? Find out more by odering a copy of our new Contemporary Artist Series book Nigel Cooke here. 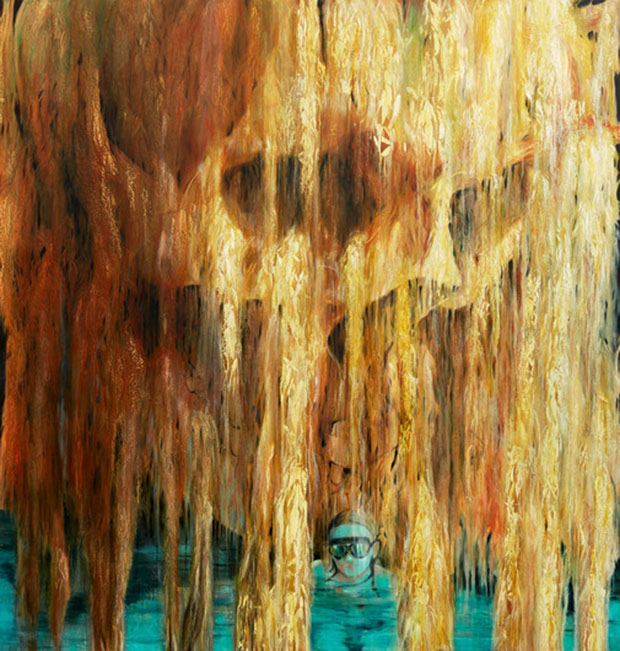 'The boldest, best executed, and most far-reaching publishing project devoted to contemporary art. These books will revolutionize the way contemporary art is presented and written about.' – Artforum

'The combination of intelligent analysis, personal insight, useful facts and plentiful pictures is a superb format invaluable for specialists but also interesting for casual readers, it makes these books a must for the library of anyone who cares about contemporary art.' – Time Out

'A unique series of informative monographs on individual artists.' – The Sunday Times

'Gives the reader the impression of a personal encounter with the artists. Apart from the writing which is lucid and illuminating, it is undoubtedly the wealth of lavish illustrations which makes looking at these books a satisfying entertainment.' – The Art Book

More on How Nigel Cooke pushes painting to its limits 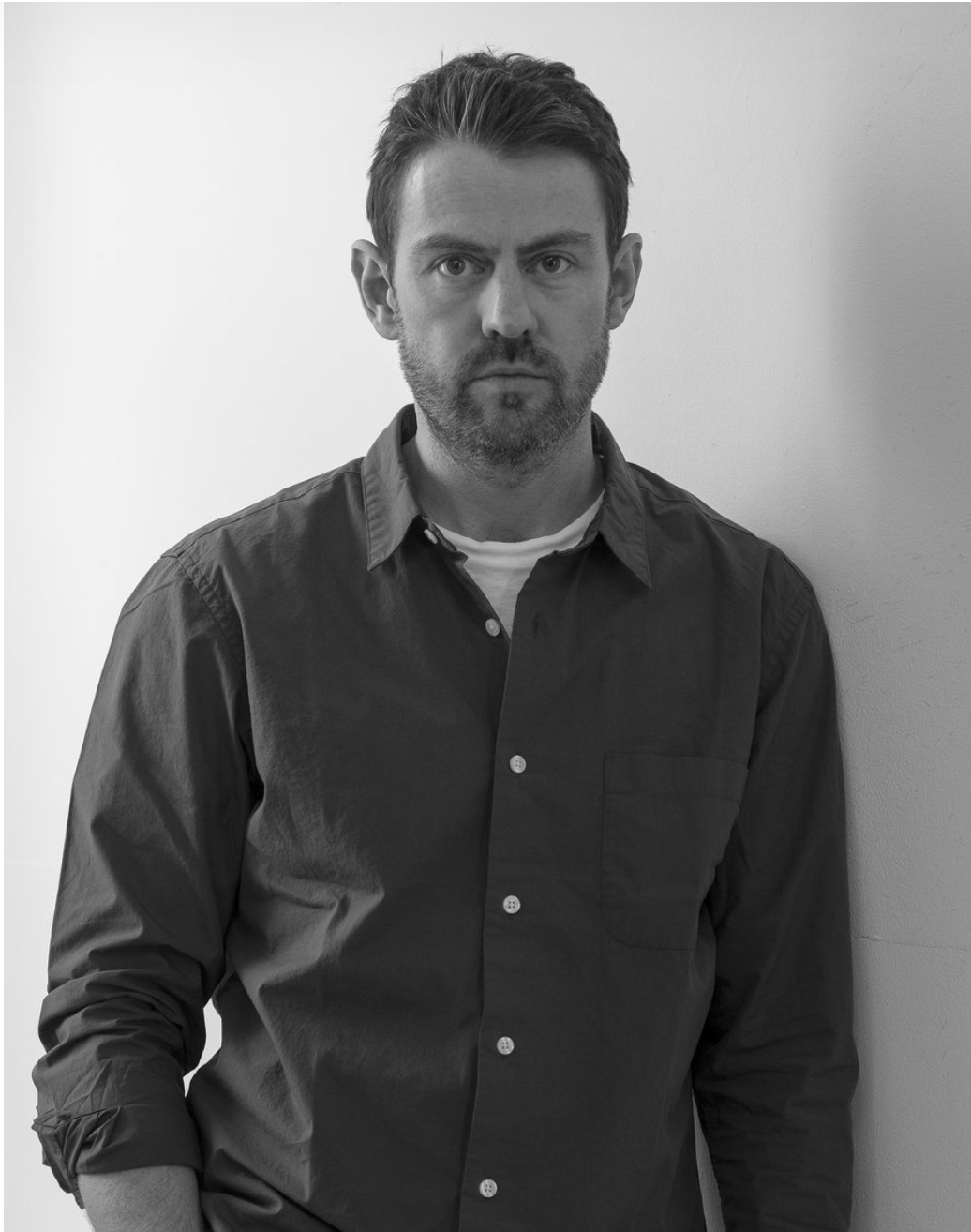 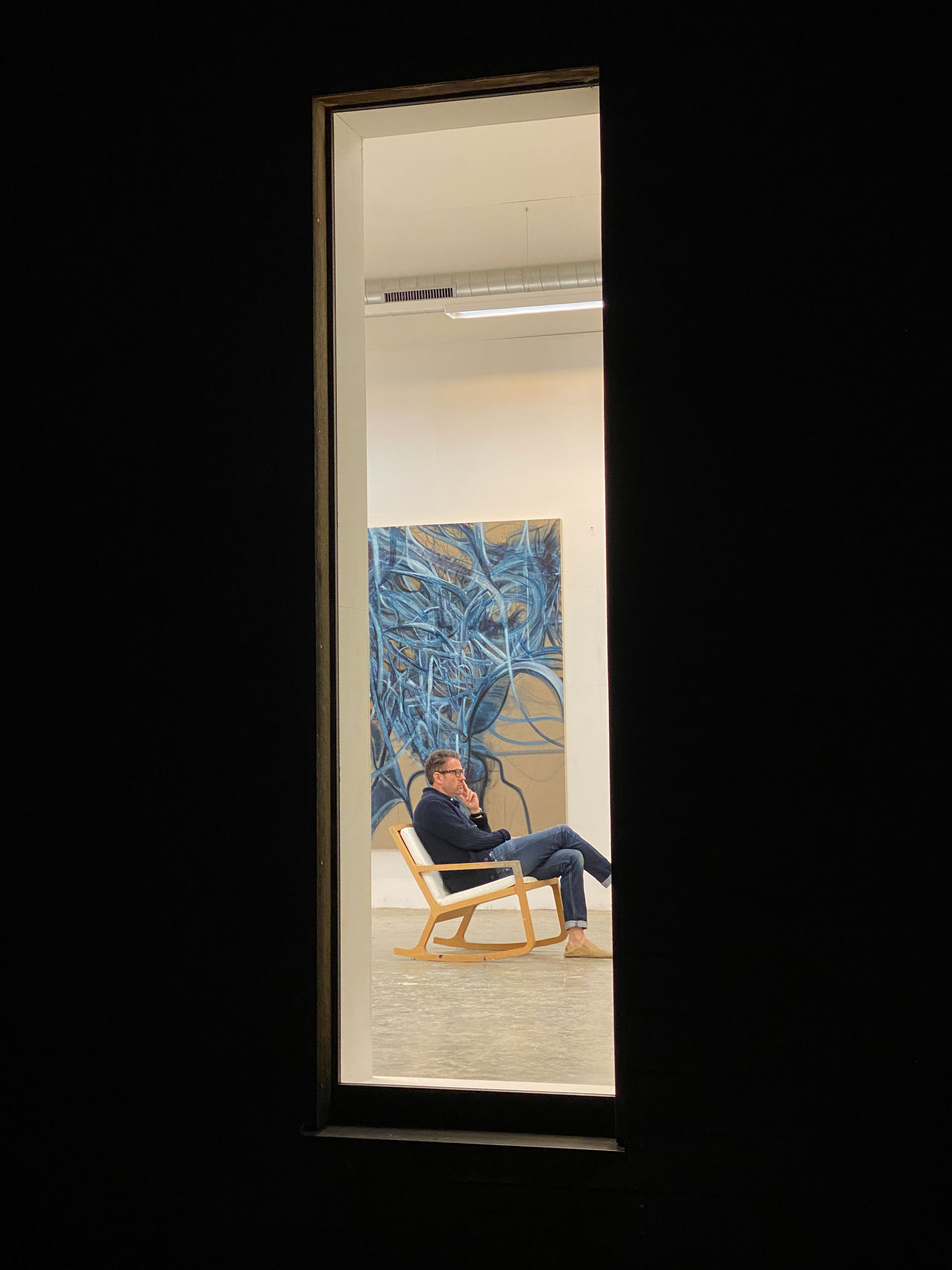 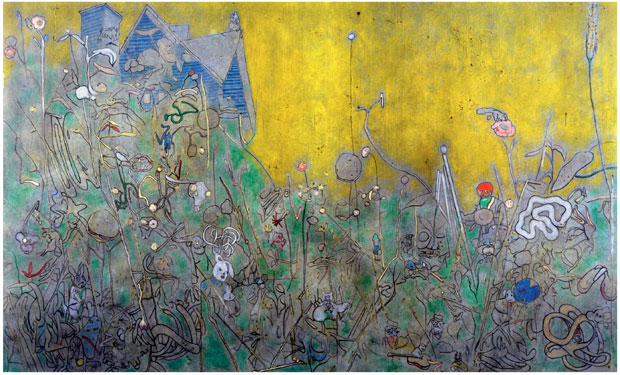 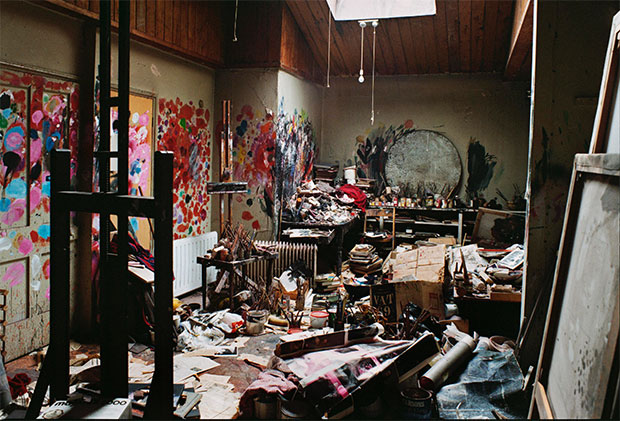 Nigel Cooke on the sanctity of Bacon's studio 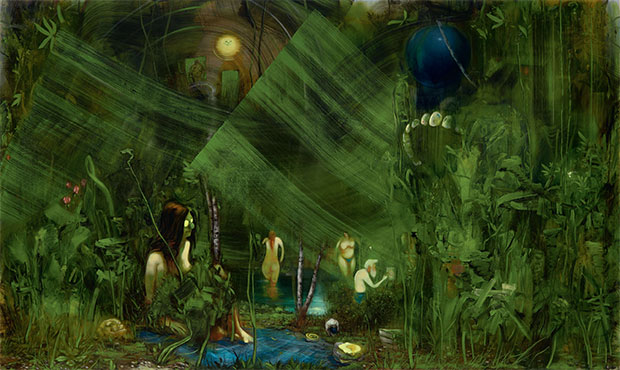